The female music producer scene is beginning to flourish. With womxn artists, DJ’s and producers starting to demand recognition for their work, the dynamics of the music industry are shifting. And one producer that is breaking boundaries is Melle Brown. One of the UK’s most promising young producers, Melle has continued to blur the boundaries of jazz, neo-soul and deep house with her music. Whilst she has only been putting out music on streaming services since 2019, Melle has gained a huge following and her career is clearly only just beginning. With her earliest memories of music based around her grandad’s vinyl collection, its no surprise that Melle’s music taste growing up was eclectic. From house music to deep soul. 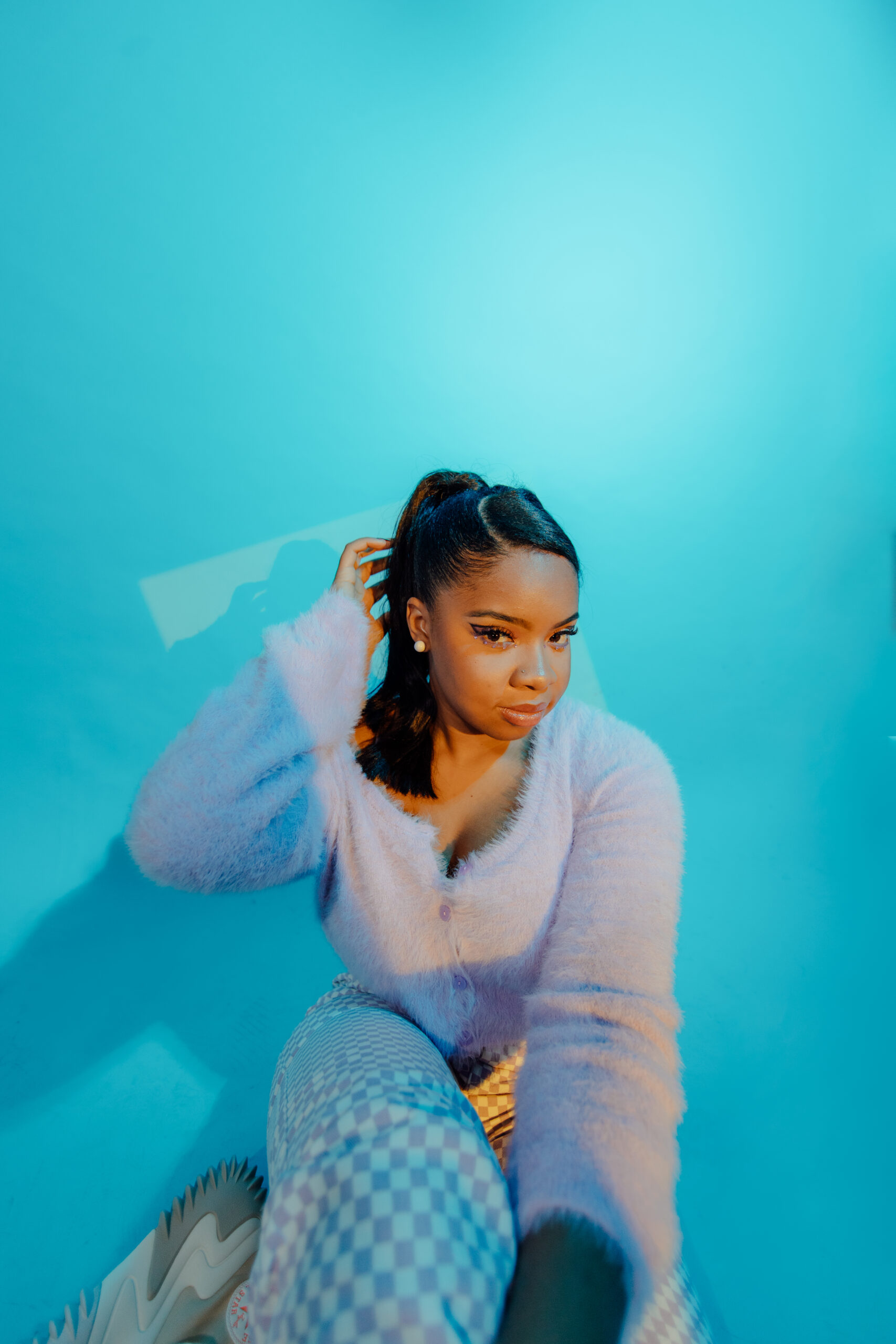 Then from the age of 14 Melle attended a music production course at the Roundhouse, which blew her mind. ‘The way you can make a song with different puzzle pieces of audio that join into one incredible thing. From that moment I was hooked, and went onto produce my very first track which I also sung on titled ‘Heartbeat’.’ From this point the aspiring artist went on to study a music technology specialist degree, creating her first EP ‘Blossom’ as her final dissertation. ‘I did all the PR and secured my first ever radio play on BBC1Xtra with Sian Anderson. The experience of hearing my music on national radio for the first time encouraged me to keep going and I haven’t looked back since!‘

Since then Melle has put her heart and soul into a number of projects, describing her music as more of a feeling than a specific sound – ‘transporting you to realms of sunrise and sunset dance floor moments’. Her critically acclaimed EP ‘Intersection’ solidifying her space within the growing genre-blending side of the music world. Working alongside artists such as Grammy-nominated Tiana Major9, Oli Hannaford and LayFullstop among others, Melle has certainly claimed a space for both her solo music and collaborations. One of her most recent, and incredibly popular tracks is feel good, summer nostalgia track ‘Feel About You‘, featuring none other than Miss Annie Mac. The iconic radio host, DJ and podcaster takes to Melle’s song to speak over the top of it, bringing listeners on a journey with her through a night out.

‘It was an incredible experience, something I’ll hold close for the rest of my life. I had the pleasure of meeting the legend that is Toddla T on She Is The Music, production course for women headed up by Fred Again & Kamille. Toddla was a guest among many and we clicked musically. I was so inspired and asked my manager Jamila if we could try and secure a session with him and we did! Before I knew it I was in the studio with him & Adrian Mcleod… we made two sick beats in four hours and the foundation of Feel About You was one of them.

T went home and played it to his wife Annie Mac as he thought she just might like to hear what he’d been up to that day. She loved it and began writing and recording lyrics the next morning off a spark of inspiration, then I woke up with a voice note from T of our beat with Annie’s voice over it! My mind was blown, and I was totally in awe of her creativity and storytelling, we all met up in the studio that evening to re-record some parts. The months that followed were a series of voice note exchanges between Annie and myself whilst I continued to produce her and finish the track.’

As a clear female powerhouse in the music industry, it is thanks to artists like Melle that the womxn are finding the confidence to claim their space in the music industry. According to a study in 2020, only 3% of artists in the Top 100 identify as female. And while the the gender imbalance in the industry is being acknowleged, much more must be done to invite women to enter the music industry, make space for them and most importantly allow them to feel confident in claiming their space. ‘I think more programmes like She Is The Music should exist, to support the wealth of talent that is out there in networking and getting into the right rooms with people.’, Melle explained. ‘We need more time and resources from big music companies dedicated to new talent, which will help progress more doors to open for people to see and work with so many of the talented producers who are women, over the males they would normally choose. I am working on a programme myself for my new start up Mellody Agency – which I hope to launch before the year’s end!‘

Melle explained to us that we can expect more music, wicked remixes and original music from her. Including a deep house DJ set that will be happening internationally. After recently closing the Supreme Standards stage at Love Supreme festival, following the legendary Norman Jay MBE, we know that Melle’s career is at the start of a very steep trajectory, and we can’t wait to witness it.

Head over to Melle’s Spotify page to listen to more of her music including newest track ‘Feel About You‘.