After producing music for several years, Oscar Scheller has become the latest pop star that you NEED to know about. With an ever growing list of artists he has either produced or worked with, Oscar has also gone on to release his third studio album this year, ‘Boys Cry‘. Following this, we got the chance to catch up with Oscar about incorporating male mental health into his music and where his musical journey will carry him to. 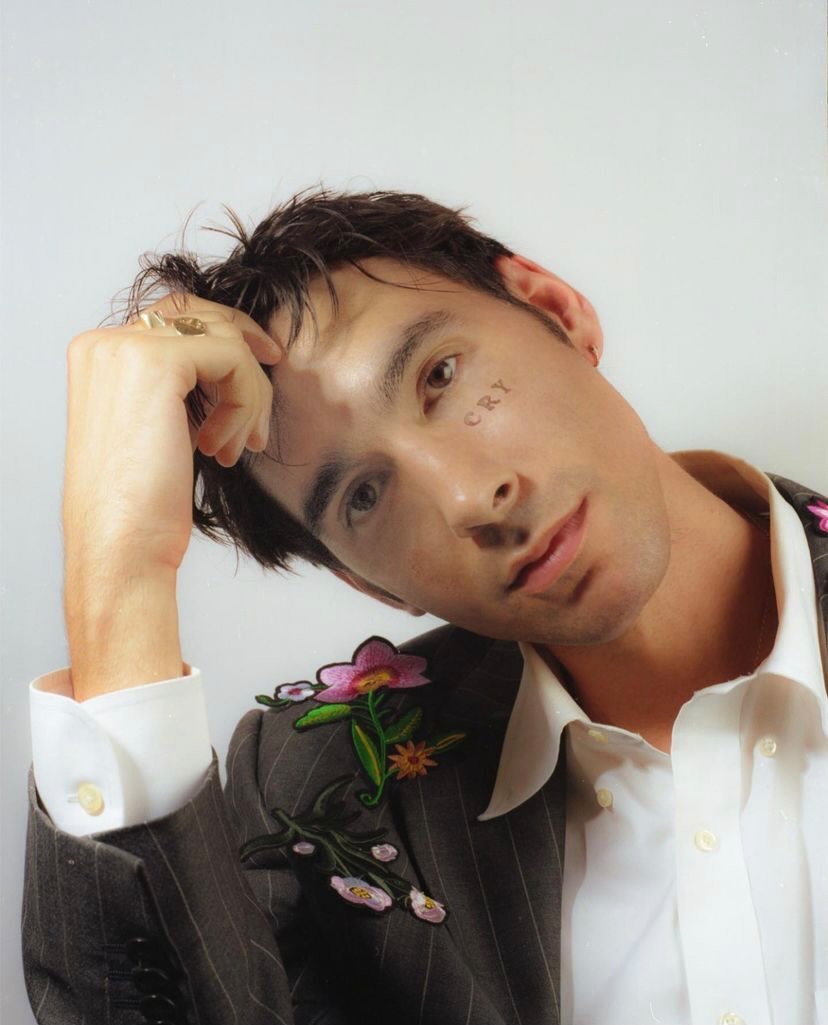 From the second we started to speak to Oscar (over Zoom of course), it’s clear that he is a passionate creative. His moving lyrics set over pop tracks entirely parallel his unique personality. So we wanted to start off this interview by delving deep into his musical past, and where his passion started.

‘Well, both my parents were in a band. So I guess my earliest memories would be them making music in the studio, or my mum playing piano and teaching me piano. Plus she took me to her singing lessons when I was a baby, so I have vague memories of that. And then I went to the same singing teacher when I decided I wanted to sing. It was very immediate musical memories. I always had a very deep connection to pop music. Like I collected the ‘Now That’s What I Call’ compilations religiously. I had a little Sony cassette player by my bed with my little headphones.

What’s interesting about those compilations is that they’re so eclectic. You have Blur next to Venga Boys, next to Ricky Martin, next to Oasis. So that always resonated with me, having that mixture of sonics and genres. I’ve never wavered from that, I’ve always been inspired by having everything at my disposal, like all kinds of genre and making music freely.‘

Having music intertwined into his life from such a long time, we were interested in where the pinnacle moment occurred in which Oscar realised he wanted to pursue music as a career. In fact, he explained to us that this moment was lead to by a much more gradual progression.

‘Music was always there. In terms of what I wanted to do, I definitely decided that I wanted to sing and that I wanted to play piano, and I was classically studying that. So I was doing grades and going into the world of classical music rather than anything else. But at the same time I was writing little songs and augmenting classical pieces, making up different chords. Actually my theory is very poor, and in a way that inspired me to find my own music because I didn’t really know what I was doing but I knew what I was feeling. At the same time I was always very visual, I went to art school and I didn’t want to study music because it was too magical to study in a way, and I wanted to keep the enigma and mystery. I decided to do it as a profession after I quit the last band I was in when I was 19. And that’s when I started taking it seriously, and put in the ten thousand hours of master work.‘

While the next question may not be the one we ever thought we would be asking a few years ago, it’s one that we can’t escape today. And this question focused on how Oscar has found being an artist over national lockdowns. Each artist has given their own unique answer to this question over the past year, each reflecting their own personal experience. However, Oscar’s positive response was incredibly refreshing.

‘I actually really enjoyed it, because I think there’s a real kind of focus on everything right now. Everything’s so heightened, and people are really receptive and ready to experience things because everything’s become so limited, and our exposure to things is so specific. So I think in a way it’s intensified music, and all art really. So for me it was really exciting, because I had a captive audience who were really ready to receive what I was giving.

The response that I had really reflected that energy, and it was a deeply emotional record and I got a deeply emotional response. And with all of this divine timing because of where we are in the world, I think a lot of people have spent time with themselves in a way they never have. And that’s reflecting in how they’re responding to music and art. They’re really hungry for it. So in a way it was the perfect time to release an album.‘ 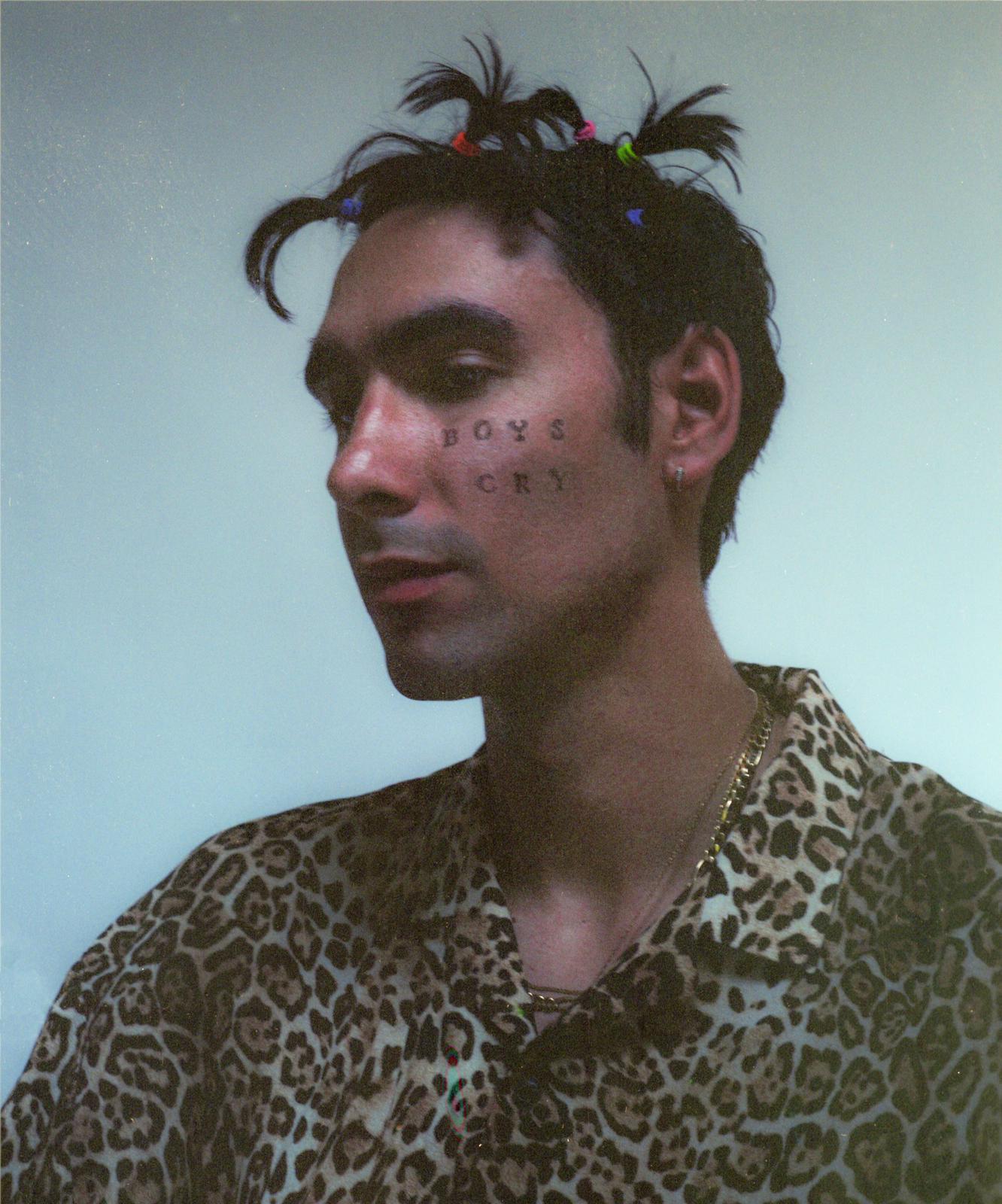 While Oscar has been part of the music scene for years, his third studio album has met an incredible reception from fans. The collection of tracks tell a series of moving stories involving both a young and present Oscar, He explained to us how the album came to be.

‘I spent a long time writing and producing for other artists, I took a little break from my own music career. I think I needed that time, in a way the time people are taking off now is the time I took off two years ago. So then I was ready to make a record that was telling of my experience and talking about real things. I tired of writing love songs, and I thought well this is a time to be truly authentic. And this is a time for people to really start understanding who they are in the world and what they want to say. In a way it was quite existential. I started messing around with some ideas, and there was one song in particular which kind of set the tone for me for the rest of the album, and that was ‘Half Eaten‘. And that was born from a poem that I started writing on the tube, when I felt really overwhelmed by everything. So the auto-biographical nature of that song really set the tone, and I realised that I really want to speak for my younger self and give him the platform that he never had. The voice and the visibility that he didn’t have at the time. I’m in therapy every week and I was greatly inspired by what I was doing in sessions, and to translate that into music to help other people and give a wisdom… As a man and talking about male vulnerability is only now just starting to be looked at on a universal level. I was ready to have that conversation with the world.‘

Male suicides have consistently accounted for around three-quarters of all suicides in the UK, which is why a focus on male mental health is so important. Speaking on his own experiences with mental health, Oscar has used his newest album to give a voice to people who have been through similar hardships. We asked Oscar if he thinks mental health will be a running theme through his future music.

‘It’s a good question. I have thought about that because now I’ve kind of set a tone, it’s going to be hard to come up with something frivolous. It’s always going to be deeply important to me, the topics I speak about on ‘Boys Cry’, and something that will deepen hopefully with time. I can’t rule out talking about these things again, having said that I kind of go through these phases of ‘oh I’m going to do this, I’m going to do this’. I want the conversations to carry on throughout the music, but I’ve gone through that phase and who knows. It’s a good question, but a hard question to answer.

Stroking his chin while contemplating his answer, Oscar kept us on tender hooks when asked about his future projects. While we wait patiently for the day we can return to gigs (hopefully Oscar’s in particular), we and incredibly excited to continue following Oscar and his unique pop sound.

‘I mean I’m constantly writing songs and making music. And I’m moving to LA, which you might thinks sounds crazy right now, but I’ve wanted to do it for a long time and I’m finally going to make the move. I’ve just started on another project, it doesn’t have a theme it’s kind of abstract. So more music, way more music.‘

Head over to Oscar Scheller’s Spotify page to hear the rest of the tunes on ‘Boys Cry‘ and his brand new collaborative track ‘Playlist‘, featuring Litany.