After such a static year, all we want to do is get out and move. And once we are finally free to do so, we need a perfect accompanying soundtrack. And boy, do we have just the thing. Oakland-based duo (made up of Brijean Murphy and Doug Stuart) are taking the world by storm with their 70’s-esque dance beats. Incorporating elements of jazz, disco and house, makes Brijean’s music instantly recognisable. Following her touring the world as a percussionist for artists such as Toro y Moi and Poolside, Brijean began to find her own voice through projects with her partner, multi-instrumentalist and producer Doug. We got the chance to catch up with the duo following the release of their latest LP ‘Feelings‘, to discuss their individual journey’s through the music world and how they eventually merged into one.
Describing their sound as ‘Percussive, dance if you wanna, 70’s lush jazz meets house-y disco beach chill music’, it’s clear that the pair have developed their sound as they have developed as people themselves. And with such a plethora of sounds and experience, it’s no wonder that when put together the pair produce such sweet melodies. So we wanted to find out where it all started, we wanted to know what their first memories of music were whilst growing up.

Doug: ‘I remember listening to records with my Dad while playing ping pong in our basement. He would put on everything from the Beatles to Ahmad Jamal. Although I didn’t consciously realise it at the time, those were some of my most formative, early, experiences with music.’ 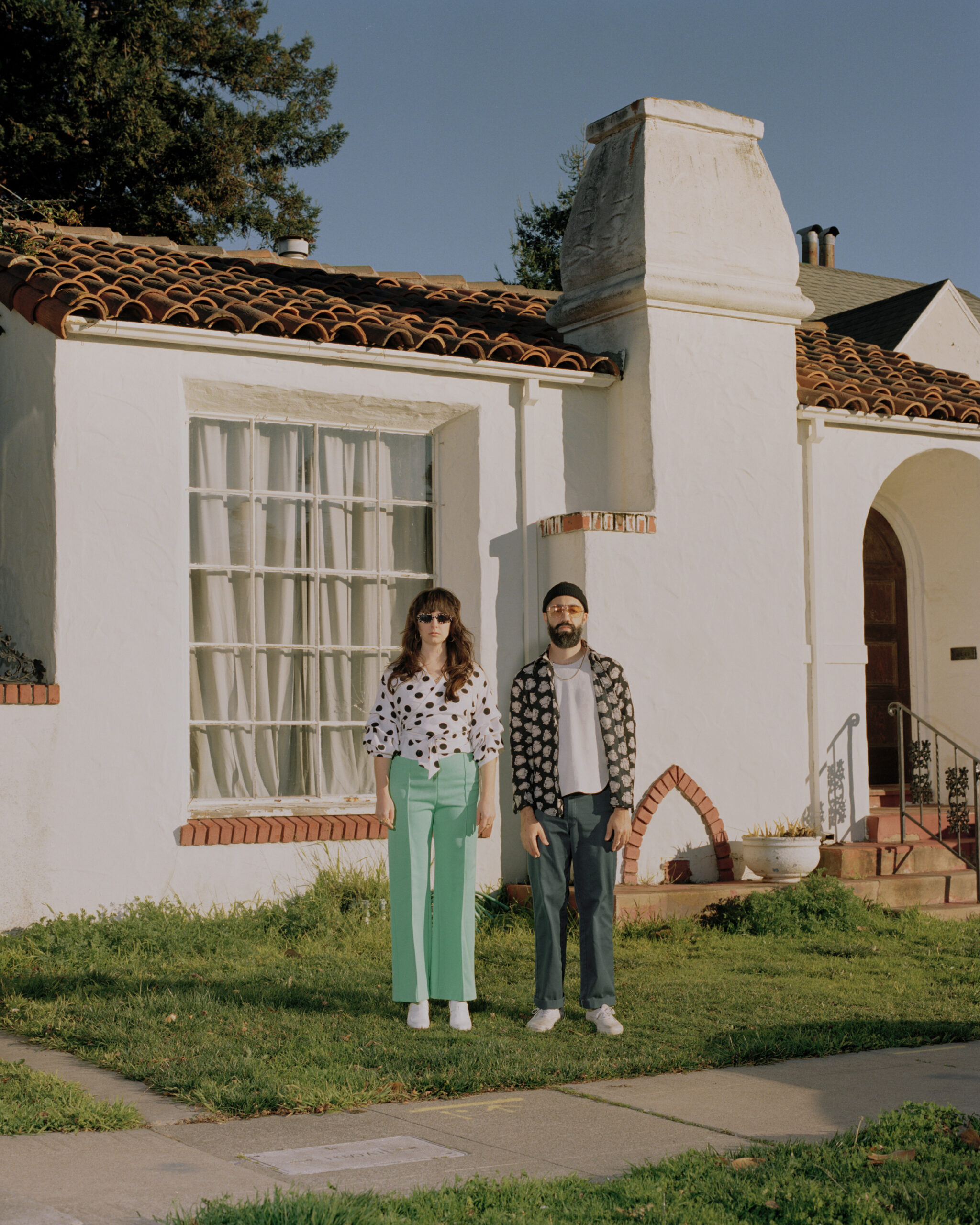 Following an illustrious career playing percussion for artists like Toro y Moi and Poolside, Brijean decided that she wanted to take time out to develop her own career. Through her passion for music and Doug’s unique talents, Brijean (the duo) was born. Brijean herself gave us more of an insight into the progression of this decision.

Brijean: ‘It was a blend of external encouragement and a sort of personal arrival for me – along with Doug’s availability and talents. Through the process of playing a supportive role for so many years as a percussionist – and most recently a backup vocalist – I became moved to explore my voice in a literal and figurative sense. I had also been working as a visual artist where I had full creative license to develop ideas and projects, but had yet to experience that in music. That has been the most exciting part of this project – having an idea and following it – without approval or permission from someone else.

I had always wanted to collaborate with Doug. We had been touring, with rarely overlapping schedules, for a couple years and it finally aligned – serendipitously when I was ready to work on an album of my own.’

2020 was a rollercoaster of a year. Worldwide lockdowns saw our dreams of a summer of live gigs, and much to our sadness the start of 2021 hasn’t looked much better. This has also meant that artists have had to turn their hand to live streams in replacement of live shows. Doug spoke to us about how the duo have found the past twelve months.
Doug: ‘I think feeling connected to community has been the main obstacle for being an artist in 2020/21 for me. Not being able to go out and experience other people’s art and expression in person can leave a certain kind of void of inspiration to create and share. However, having a break from touring and hustling has had its advantages for being able to explore other creative zones that we might not have been able to without all of the ‘free time’.’
Developing their own sounds over a long period of time has meant that the pair have a lengthy list of musical experience. So next we wanted to know what advice they would give their younger selves given the chance.

Doug: ‘Always be creating and sharing your work. Don’t get in your way from finishing something by waiting until you make something that’s ‘perfect’.’
While we wait for live events to return, a lot of our excitement rests on new music from our favourite artists. Doug left us on a very exciting note about the future of Brijean’s music.

Doug: ‘Currently we’re working on some collaborations, remixes, and doing some writing as well. Excited to perform live when that’s a possibility again!‘

Head over to Brijean’s Spotify page to hear more of their funky tunes, including their newest LP ‘Feelings‘.