Since entering the music scene in 2019, Norwegian singer-songwriter iris has been releasing a constant stream of layered tracks that expose the flourishing artists inner most thoughts against smooth R&B sounds. Her ethereal sound has captured the hearts and headphones of many, and her new track ‘to be mine (is to lose your mind)‘ is no different. We caught up with the flourishing artist to discuss her new music, the thriving European music scene and the future of her sound. 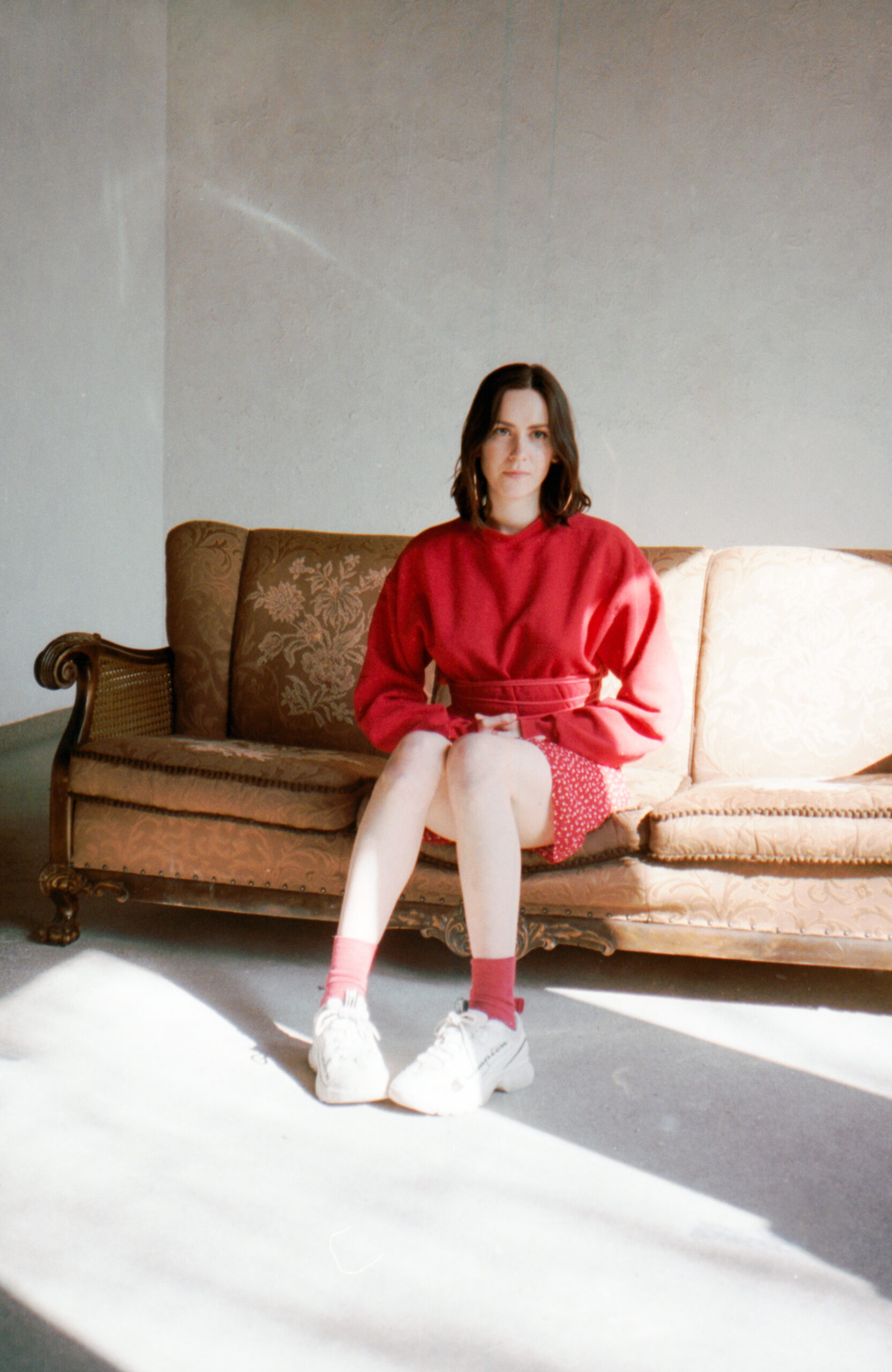 With such a eclectic list of layered sounds, it’s no surprise that iris grew up surrounded by music. We initially started the interview by asking the young artist what her first prominent memories of music are, however, this proved more difficult to pinpoint than first thought. So instead, iris took us down memory lane, right back to the beginning of her musical journey.

‘it’s hard to pinpoint it to one exact moment, music and art have always moved me very deeply. but i do have one memory that never fades away, i remember hanging out alone in my childhood bedroom, listening to the Beatles as i had done a million times before. but it was just something different about this time, winter was almost over and i was turning 11 or 12 that spring, and i remember looking out through the window of my room when “here comes the sun” started playing. it’s a song i knew well, and i don’t know why it had such an affect on me in that moment, but i just remember how overwhelmed i felt –  in that moment everything felt more beautiful or more like spring, it was like that song emphasized that the dark months were over and everything would start to grow again.

it’s hard to explain it, but that moment just made me realize how powerful music is, and that a song you’ve heard a thousand times before, can suddenly in the right moment, at the right time, give new colours, a new light, to the world around you. it’s the closest thing to magic that i’ve found.’

Although iris has had a long running love affair with music, like any relationship it has not been without it’s ups and downs. We asked iris if there was a pinnacle moment in which she realised that she wanted to turn her passion into a career. She went on to explain that there was much more back and forth than you may expect from a musical talent such as herself.

‘that has been a looooong process. i always wanted to, i just thought that it wasn’t very smart. but i guess i used to be young and smart, and got older and dumber. am i dumb now for thinking it was smart after all??? who knows, but i know it’s brave to chase dreams, and i’m very proud of myself for doing that.

honestly, i just don’t know, i’ve always wanted to, but for the longest time i was too afraid. i’m still scared, but it’s just worth it. and when the brain starts considering music one of the basic needs i’d rather be a little bit scared if it means i get to create.’

While every country has experienced the last year and a half differently, we can all agree that no one has had a lot of fun in lockdowns. Especially creatives. Artists all around the world have dealt with this experience differently; some failing to work under the added pressures of social media to keep contact with fans, some relishing the extra time they get to create at home. iris gave us a window into how she has been dealing with this increasingly confusing time.

‘difficult. it has been very difficult. but i think that has been a good thing, because i’ve had to find new ways to create and keep myself safe at the same time. i’ve learned a lot about patience and communication. and i finished my album??? i tore out every part of me and left me open in the open and now that i’m stitched together again i’m still breathing so i guess that’s good.’

As musicians start to become more experimental with their combinations of sounds, genre as we once knew it is becoming obsolete. So we wanted to know how iris would sum up her music in a broader sense than simply one genre…

‘it’s soft and warm, and cold and hard. it’s a mix of acoustic elements and electronics. it’s quiet and explosive. it’s hard to explain it, because every element of it feels very ‘me’. but i guess it’s  pop, maybe someone would call it alt-pop, or scandi-pop, or depressed-pop. i don’t know the answer. for me it’s formed around story-telling and my aesthetic.’

‘to be mine (is to lose your mind)’, iris’ latest single, was released earlier this year and only further solidifies her stance within the every growing European music scene. The track’s confident sound experiments with synth like sounds and melodic vocals to transport you to another world (for 3 minutes 27 seconds at least). iris went on to give us more information on the process behind the track and what it means to her.

‘it’s not so much a story as it is multiple stories. the song is a mid-argument, mid- ending of a relationship, where i had warned them from the beginning that my mind can get really dark, or that i am prone to fuck it up – and it fell to deaf ears. a tiny, sad story, wrapped in a light and fun production.’ 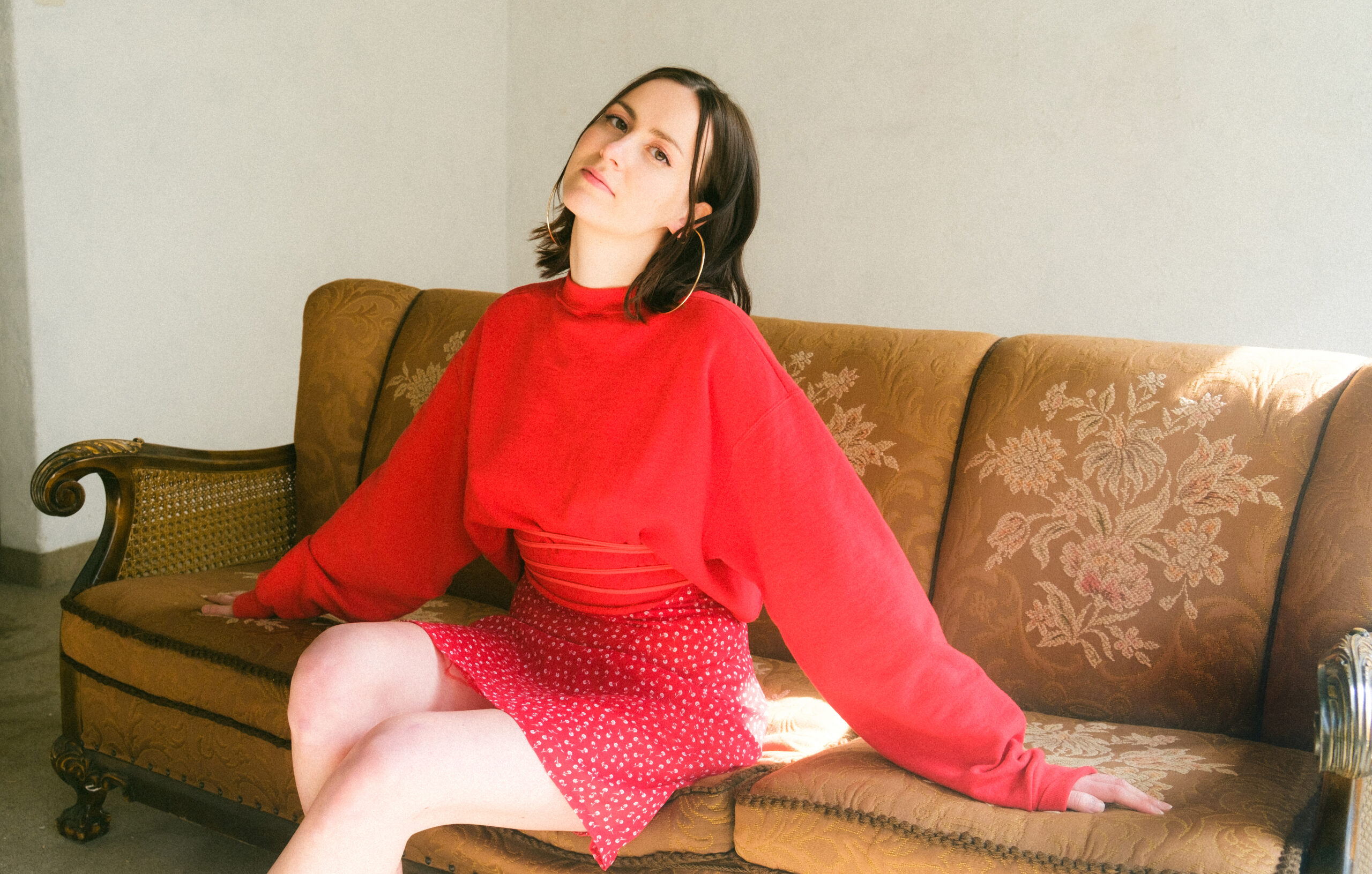 While the European music scene has always been somewhat popular around the world, the past few years have seen artists break the language and accent barrier to find a much broader audience. Is this because of lockdowns and more streaming? Or simply a peak in popularity? Who knows… But we wanted to hear iris’ thoughts on the ever growing music scene in Norway and how she believes it is evolving.

‘yes i listen to a lot of norwegian artists! it’s not a huge country, and the community (especially here in bergen) is very close-knit. and it feels very much like a family where everyone supports everyone. and yes, i absolutely think it’s evolving all the time, i think there have probably been more big international successes from norway the last ten years then the rest of norwegian history combined??? at least it feels like it? and as a young artist seeing that it’s possible for someone who grew up in the same town as you to make it, makes the scene evolve even more i guess, but i’m not a scientist so dont trust me.’

And as we await our beloved live gigs as they slowly start to return (we hope) we must satisfy our need for music via streams of our favourite artists work. And iris is not here to disappoint. She gave us a little snippet of what is to come from herself and her ever developing music.

‘i want to continue to create, i just finished my album and i bought some new paint and brushes and im ready to evolve. i want to dive back into production and producing music, i want to write the next album, finish the book i dream of writing, finish the books i said i would read – and i would like to adopt a cat, be a good friend and figure out how to be rain and fire at the same time.’

Head over to iris’ Spotify page to hear more of her vivid tunes, including brand new track ‘to be mine (is to lose your mind)‘.