Inspired by everything from 70’s punk to 90’s rap, New Zealand group LEISURE have not missed a step since they arrived in our headphones back in 2015. And with a group made up of award-winning songwriters, producers and creatives, what else would you expect? With Covid-19 restrictions easing in their hometown of Auckland, the group of friends have been able to play sell-out shows and get back to what they love doing best. We were lucky enough to chat to songwriter and talented music maker Tom Young to find out more about how the critically acclaimed band came to be, and their latest single ‘Take You Higher‘.

After developing their sound so much over the years they have been in the industry, it is no surprise to us that the group have grown having a strong passion for music. Tom explained that it was after the eventual end of previous musical projects that the group of creatives; Jaden Parkes, Djeisan Suskov, Josh Fountain, Jordan Arts, and himself banded together to create the band we all know and love today.

‘I think we had all reached a sort of burnout working on our own previous music projects when Jaden had the idea of a sort of songwriting getaway. There was no plan to start a band or anything like that – it was more a chance to getaway together for a break while also doing something productive. Over the course of the week we realised we might have a new band on our hands.’ 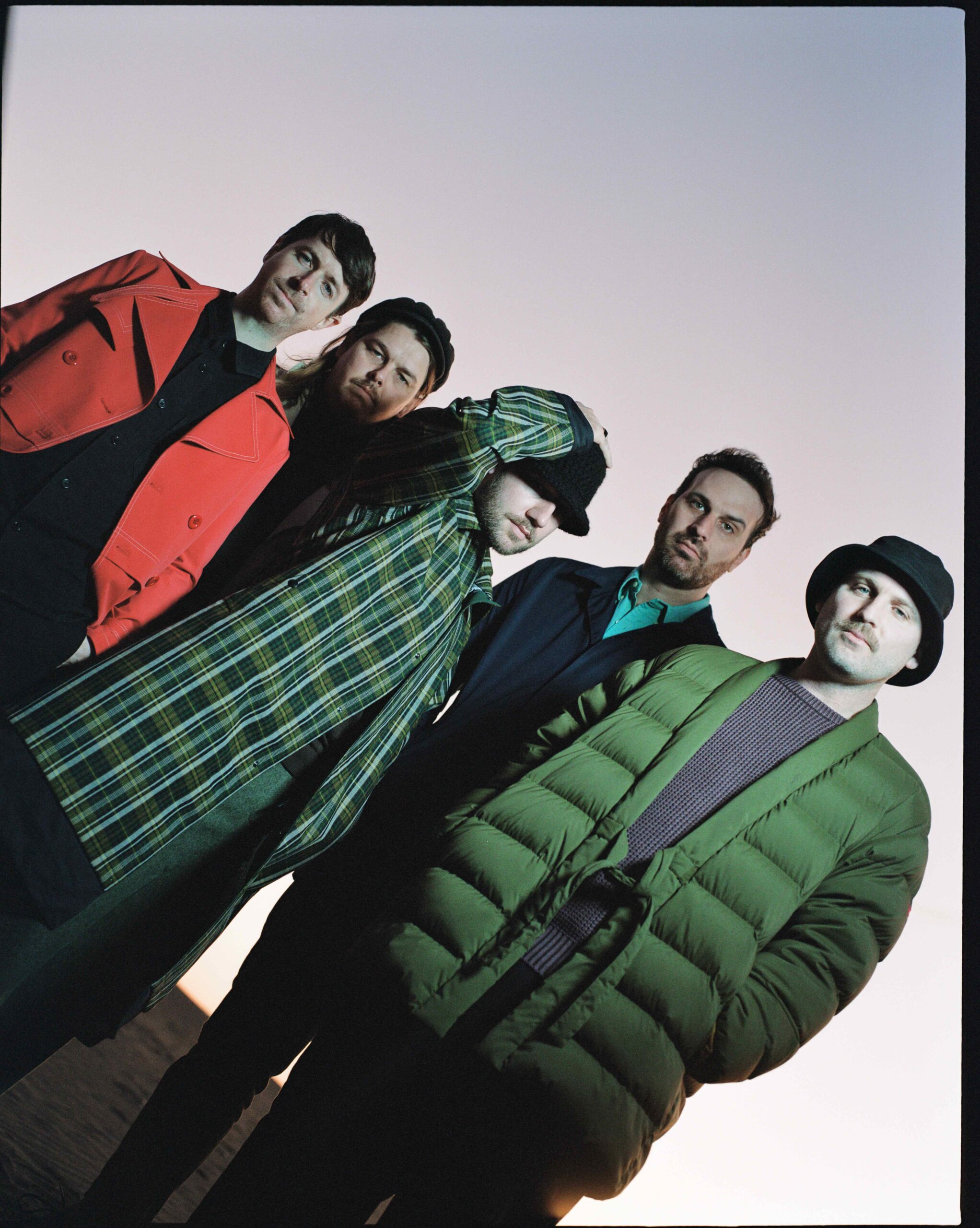 While all countries have felt Covid-19 impacts differently, New Zealand were one of the luckier ones. Coming out of lockdowns as the UK were going into another one (2nd? 3rd? who knows anymore), NZ musicians were able to return to what they loved. Reaching #2 in the New Zealand charts with their debut self-titled album back in 2016, it’s no surprise that fans in their home country snapped up the chance to see them live once more. Resulting in a sold out show in their hometown Auckland. We asked Tom how the group dealt with the past year and a half and what restrictions were like in NZ.

‘It was okay! I think as creatives we tend to enjoy the isolation and time spent alone to work on stuff. We were pretty lucky in here NZ have pretty minimal lockdowns and restrictions. But I guess after a while it can be hard on creativity when you’re not having any new experiences.’

Finding a balance between creative mindsets can often be a challenge, but not for this group of talented individuals. Working together to create their own sound has come completely naturally to the members of LEISURE. But as music itself evolves, so does the concept of ‘genre’. Artists around the world are combining different sounds and structures to create their own unique sounds that cannot be squashed into a conforming box of just genre. So we asked Tom to sum up their music outside the realms of the term.

‘That’s a hard one. I’ve always felt like it was pop music to ‘alternative’ listeners and alternative music to ‘pop’ listeners. It’s informed by 70s soul and hip-hop production as well the minimalism of dub and dance music. Then of course the songwriting chops of the 20th century greats like the Beatles, Stones, the Kinks etc.’

The groups newest track ‘Take You Higher‘ is what our summer headphones have been waiting for. The track has gone down a storm with fans both in their home country and those around the world. The chilled guitar solos and head bobbing beat make us nostalgic for summertime we haven’t even had yet. We asked Tom how this tune came to be.

‘It’s nice and upbeat – perfect for the northern hemisphere summer season, while still retaining the LEISURE sound that fans will be familiar with.’

With such a range of creative talents, it is no surprise that the band are constantly finding new perspectives to work from. While their work is always distinctly recognisable, they continue to surprise and delight their listeners with new music. We asked Tom where it is that they find their inspiration.

‘All over really! We’re lucky enough to have 5 songwriter/producers with differing tastes and musical appreciations to draw from. We’re always digging and searching strange corners of the internet for new sounds and vibes. But apart from musical inspirations, its’s just your general life and relationship experience stuff – classic.

It’s hard to say [how much we’ve developed] being so close to the creative process of the music. We don’t stress too much about changing up our sound as our new discoveries usually help the music evolve naturally.’

Finally, we asked Tom what the future holds for the group of talented friends. While no one can ever predict what is to come (as we’ve been shown over the past year and a half) Tom shared with us some hopes that he has for LEISURE.

‘It’s hard to say. We will never be a long-haul touring band but I can’t imagine us never not making music. We just have way too much fun when we get together. Most of us write and produce for other artists both in NZ and overseas, which is something we’ve talked about doing more in some capacity under the LEISURE umbrella.’

Make sure you head over to LEISURE’s Spotify page to hear more of their award-winning tunes, as well as their brand new tune ‘Take You Higher‘.