After forming two years ago, London-based soul-jazz group ZEBEDE are growing stronger and stronger by the day. The group have made quite the impact on the London music scene with their unique beats and raw sounds. After meeting at BIMM University in London, the five friends have spent the last few years playing their funky tunes to a loyal fanbase at festivals such as British Summertime, as well as producing a constant stream of new EP’s and singles.
The groups music combines parts of a lot of different genres in order to produce the signature catchy neo-soul tunes that are so recognisable. Lead-singer Leah told us that the group best define their music as ‘future soul. We take elements of classic soul and give them our own twist to modernise the sound’. Their self titled EP encaptures a mix of genres that the group has carefully put together in order to create their own version of the ‘future soul’ genre. We also asked the group to try to sum themselves up best they can in one sentence. Of which they replied with; ‘ZEBEDE is a disfunctional family full of love and laughs’.
The group explained that while the song writing process ‘often stems from drunken jams that gradually evolve into polished songs’, they told us that they are planning to use their platform to support the Black Lives Matter movement.
‘Currently the main stance we are taking is supporting the BLM movement, as a band fronted by a black female we feel we are in a position to help voice the need for equality‘. 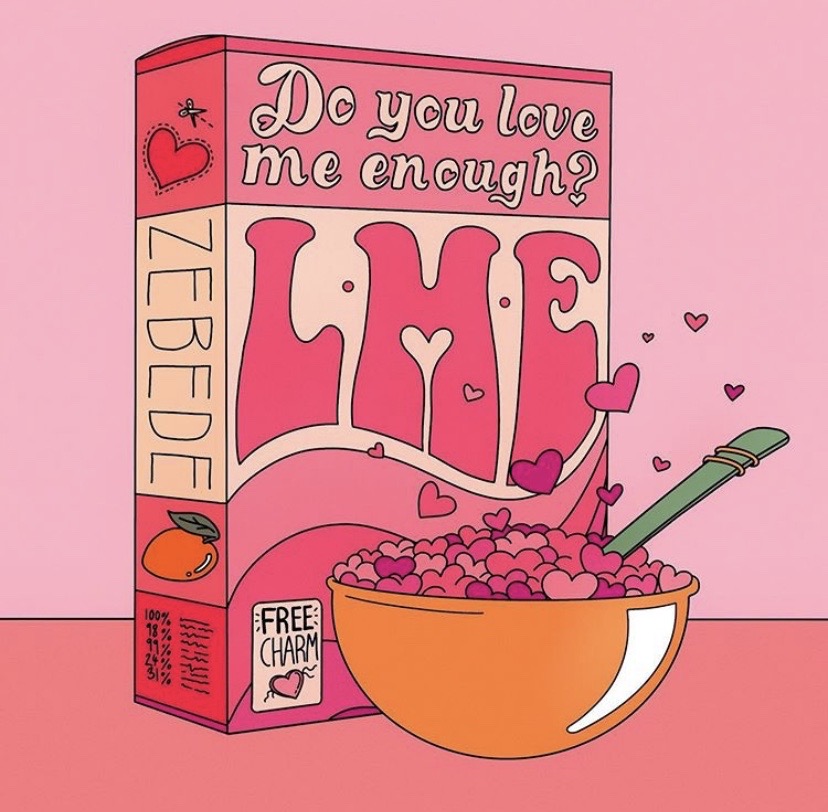 After only meeting each other at university, the band grew up surrounded by differing genres and musicians. The group’s taste ranges from soulful beats by three-piece Khurangbin to indie-pop band of Montreal. They explained that while they have grown up with different influences, they have spent enough time together that their tastes have merged and flowed with each others.
‘We all have different music inspirations and come from very different backgrounds but find that we can combine our influences together to create our own sound‘.
In an Instagram post, lead-singer Leah explained that Nina Simone was her Britney Spears growing up. The voice of a civil rights movement in the 60’s, Simone amplified the voices of the Black community, and effectively forced white America to, as Leah puts it in her post, ‘see through a black lens’. Being a Black, female lead-singer herself, Leah explained that she hopes to bring Simone’s ‘unapologetic’ qualities into her own music. She also talked about some of the advice that she would give to young aspiring Black artists.

‘I think luckily we’re in a beautiful age with music where it is transcending race, genders and sexuality and I think this has been a result of artists singing and performing songs that test these trying issues and not shying away from these difficult topics – that’s what inspires others. And that’s why I love Nina Simone, she was fearless and ruthless and unapologetic and I’d like to think I carry some of those traits with me in my artistry. I would say to any black young artists trying to get it together, to keep pushing the boundaries – loudly! We have always been told to try and blend in and not make a scene, that can’t happen anymore. I would say to any young black artists take your blackness and shine it right in their faces, show them who you are – because it’s beautiful.’

We finished the interview with the group giving us a little insight into their plans and hopes for the future;‘I think our plans for the immediate future is to keep writing and developing ZEBEDE, and having an incredible time doing it. In five years time we would love to have played a sold out european tour, and support an artist we love; Hiatus Kaiyote, Lettuce, Yakul.’

While lockdown is easing, we still have quite a wait on our hands in terms of gigs and festivals. So while we wait patiently for ZEBEDE to be able to perform again, check out their newest single L.M.E HERE.
Sophie Wyatt2020-07-07T15:34:05+00:00