Meet LIME, the zesty all-girl, post-punk, surf-pop band making unique and fun tunes. We got to sit down and have a chat with them (over zoom to abide by government regulations, obvs), about life, music, and the bands post-Covid-19 plans.

The interview with LIME started off with the topic that is inescapably on everyone’s minds at the moment. You guessed it, surviving a global pandemic. We discussed some things that have kept the band busy, like the deceivingly exhausting ‘Couch to 5k’ running app, and everyone’s new obsession with baking. But then we soon got down to the story of how the band started. After studying at a music college in Guildford, Chloe (Lead Vocals/Guitar), Annabel (Drums) and Leila (Guitar) all moved down to Brighton three years ago where they met Tippi (Bass), and LIME was formed.

L – ‘Once you’ve played three of the venues in Guildford, you’ve kind of covered it. The scene was literally the music school that we were at and there was nothing outside of that, apart from playing for your parents. So there’s just a much better scene in Brighton, and also it’s just cool’.

A – ‘It just seemed like an obvious decision, either go to Brighton or go to London’.

The band put out their first single ‘Surf N Turf’ in mid-February, one of many songs that they are planning to record and release. Not only does the lively, psych-pop tune get people up and dancing, the lyrics are also humorous and show that the band want to have fun with their music. They explained that the writing process is very much a collective effort.

C – ‘We all contribute really. Sometimes someone will come to band practice with either a full formed song, or sometimes it’s just an idea. And then we all sort of go off of that and add to it really’.

A – ‘Yeah, and obviously now we’re just trying to transfer logic files back and forth, because we don’t know when the next time we’re all going to be together is’. 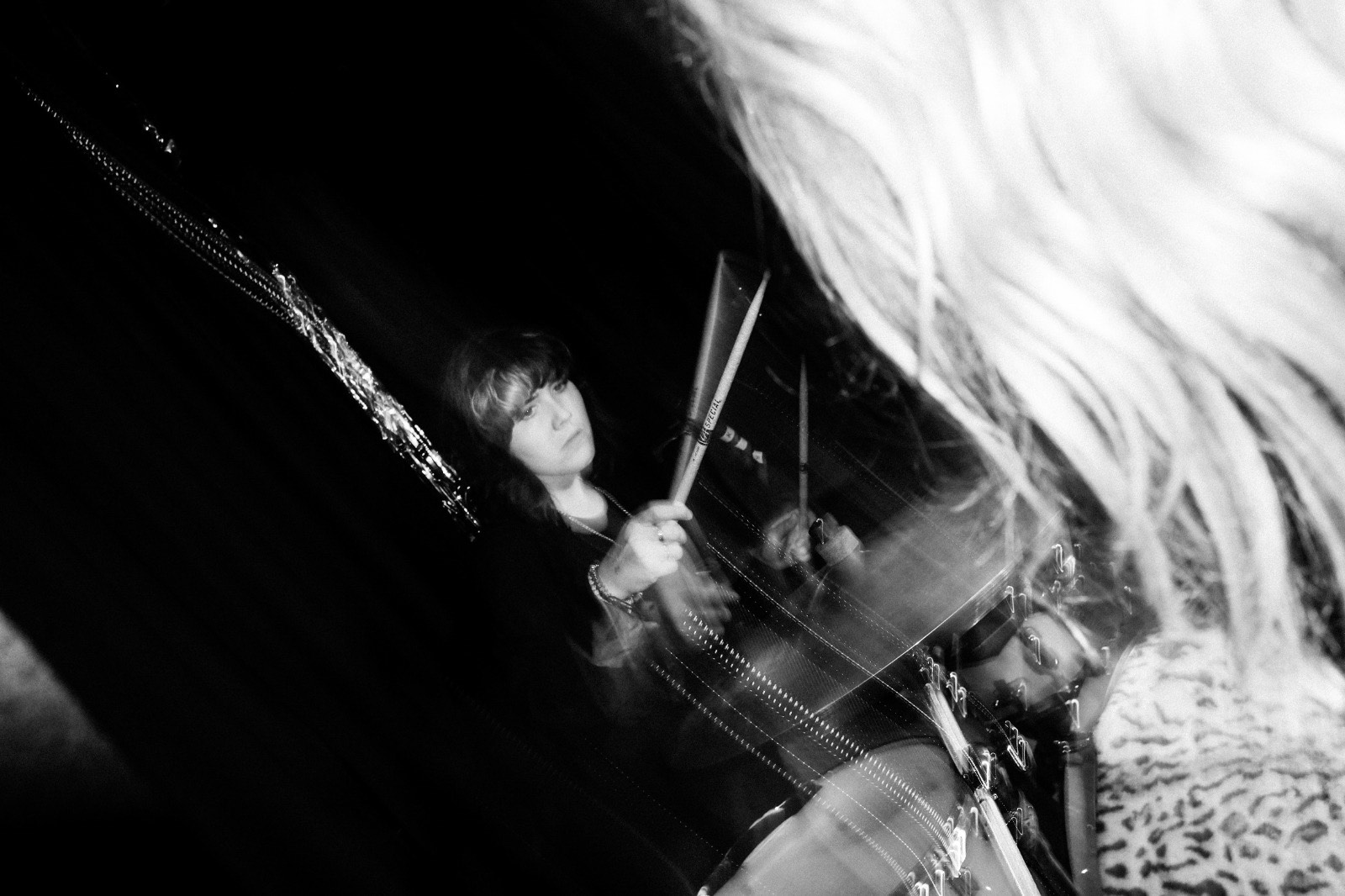 LIME gives off a very fun, indie, post-punk vibe. They all have different looks and sounds but work perfectly as a combination of musicians. So we asked them to sum themselves up in one sentence.

L – ‘A collective of strange women who like to dance’.

We asked the band if they want to convey any kind of message with their music. They explained that their satirical lyrics and funky beats are geared towards wanting to have fun and for the people watching them to do the same.

A – ‘I think it’s just a combination of all the stuff we listen to, and we want to sound like I guess’.

L – ‘I think it’s mainly just that we want to have fun, and have people have fun when they watch us. We don’t want to get too serious with things’.

C – ‘I feel like a lot of bands at the minute are very serious and quite dark, and I like that but I think we use our music to make a kind of fun ulterior to that’.

A – ‘It’s very sarcastic and we kind of try to take the mick out of stuff really’.

The band said that over the time they’ve known each other, their tastes in music have become more and more similar, and have developed whilst they’re constantly being influenced by different musicians around them. FEET, Courtney Barnett and Squid were just a few of the bands that they said had influenced their music.

C – ‘So many bands, there’s like a new band every week that we’re obsessed with and are like yeah they’re cool’.

A – ‘There’s such a good indie scene at the minute as well, especially in London with stuff like Speedy Wunder[ground]. And we’re getting involved, like we love those kinds of bands‘.

A – ‘There’s definitely a lot more bands with women in that aren’t just singing, who play instruments. Because when we started doing music, there weren’t really any women doing anything other than singing, so that’s pretty cool’. 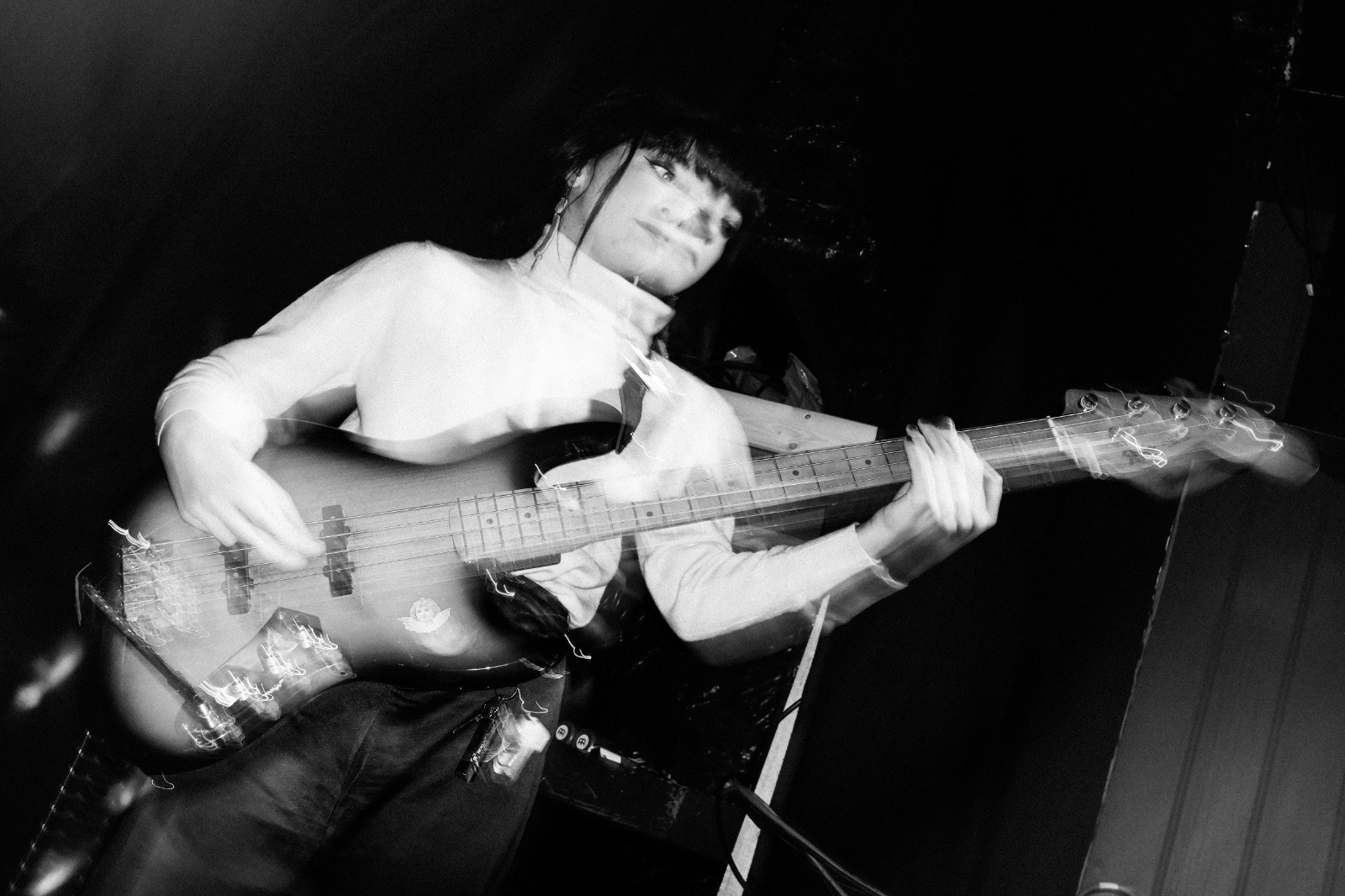 Finally, the band explained their plans for their lives and music, post-covid-19. The band’s shows have all had to be rescheduled, but they are continuing to plan and release the best they can under the circumstances.

A – ‘Hopefully recording the next single and releasing that’.

A – ‘But when that will be, we’re not too sure. Hopefully September, if things calm down soon’.

C – ‘But I guess it will be good, because everything will be compact into a short space of time. So from September it’s going to be non-stop releasing music and playing shows, which is kind of what we want anyway. So that’s a positive about it I guess’.

Like a lot of the music industry right now, rescheduled shows and no clear idea of when they can next record music means the band are missing out on the income, so if you want to help them out in these tough times you can find their merch on their bandcamp page. Keep an eye out for more new music from LIME in the next few months, and in the meantime you can find the video for their single ‘Surf N Turf’ right here: https://www.youtube.com/watch?v=yQ5MDAv2330