Manchester-born singer Sukie on encompassing visuals within her music

Manchester-born, Bath-based singer Sukie is making a space for herself in the UK music industry. Her truthful lyrics and mix of lo-fi, electronic beats make her music instantly recognisable and dance-worthy. We caught up with the colourful singer to discuss her encompassing aesthetic, musical plans and past influences. 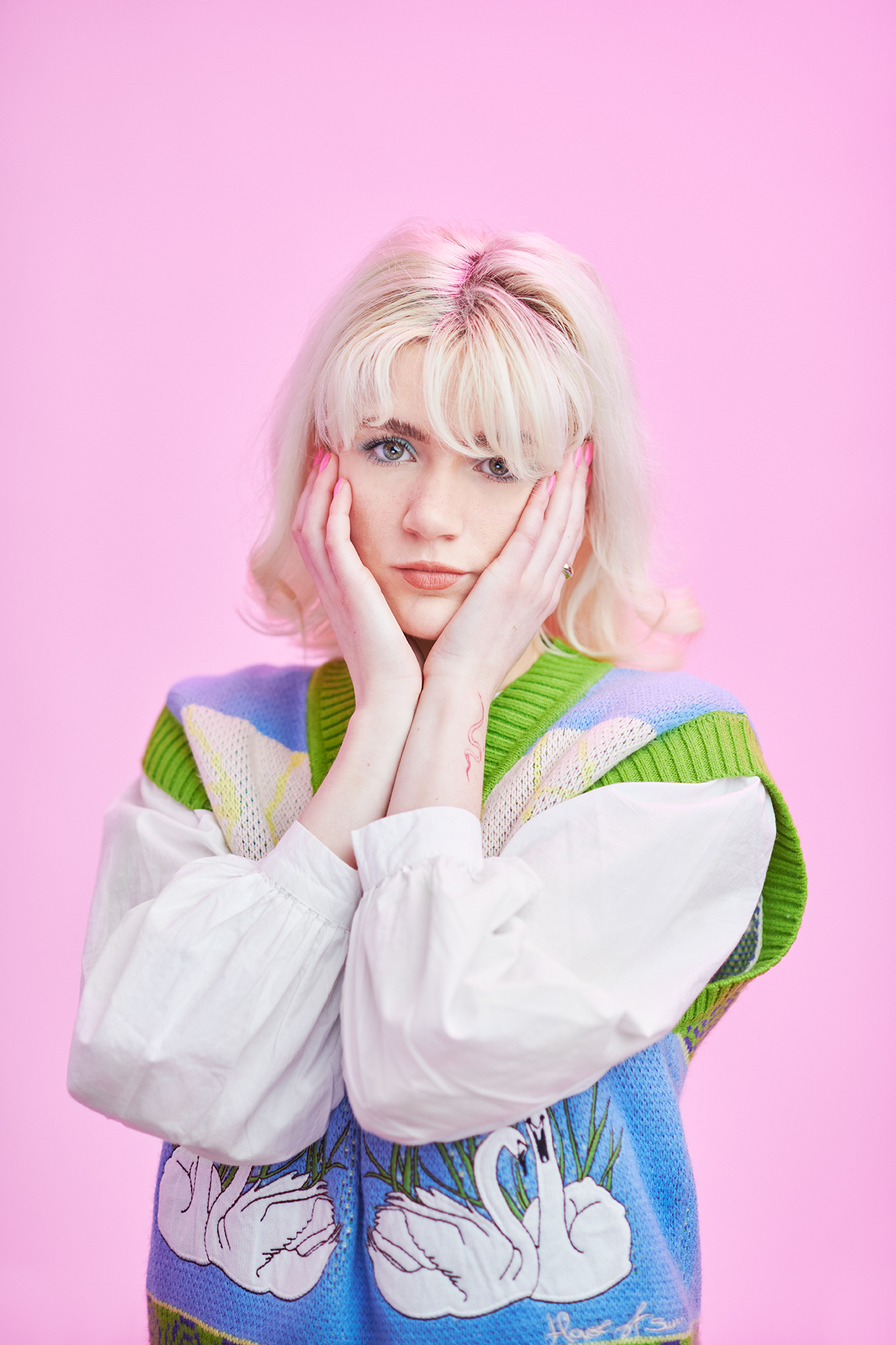 The interview, like many, started right at the beginning. With such a unique blend of music, we needed to know where she developed this musical sense of self. What are her first memories of music from growing up?

‘So my mum was a dancer, and she gave that up to have kids – sorry mum – so she would always have the radio on in the house. She tried to put me through ballet and I was not having it. But my dad is very hardcore Mancunian, a very work-hard-get-a-good-job kind of man. But he will come home every evening and play the guitar or the piano for an hour. He’s always done that and he encouraged me to learn guitar. I begged them to let me have singing lessons when I was little. I would always listen to so much music in the car growing up. All of our holidays would be a lot of driving and we would just be listening to the weirdest stuff on the radio or on CD’s.

Nothing connects my dad’s music taste apart from every single band or artist he listens to is from Manchester. It was like The Fall, The Smiths, Joy Division, Oasis. He had a lot of Bowie stuff as well.’

It’s clear that Sukie was brought up with a number of different artists that influenced her formative years. But we wanted to know if she thinks any of her dad’s Manchester musicians had an impact on the music she creates today.

‘Maybe… I feel like maybe the David Bowie stuff influenced me quite a lot. The weirdness of it and also the queerness of it. Playing Smiths songs in the car, like the really sad stuff, probably influenced my music a bit.’

While people have tried, and many have tried, to pin Sukie’s music down to just one genre, it is near enough impossible. ‘Lo-fi’, ‘bedroom-pop’, ‘soft-alternative-electronic’, the list of possibilities is endless thanks to Sukie’s experimental style. So we asked the young artist what her music means to her.

‘I think whenever I write music, I’m not writing in a pretentious way. Not that there’s anything wrong with that, but I like to take very normal, everyday experiences and put them very explicitly into a song. People’s lives aren’t very interesting a lot of the time, and I just like to say ‘I went to the shop today’, and ‘I went to work’, and ‘I miss my friends a bit’. I guess I would say that’s what connects my music. Not as a genre but as a theme.’

Sukie’s self-expression not only comes out in her music, but also her visuals and fashion. She makes a conscious effort to explore her emotions through her outfits and continues to experiment with the visuals to her tracks. We asked her if this is something she’s always been drawn to.

‘Definitely, something that I’ve always loved. I’ve always said that everything creative or visual-based just goes hand-in-hand. I love to play with fashion and visuals and music videos because all of it just enhances the experience. When I’m listening to an artist like Charli XCX, I picture her while I’m listening to it. She is the music and everything that she puts out enhances the quality of listening. So I like to explore the visual aspects as well as the audio stuff.’

While Sukie has a lot of exciting things up her sleeve, she couldn’t go into to much detail just yet. But she left us with a few snippets that will keep us on the edge of our seats until those days come.

‘So I’ve got some gigs coming up, but they’ve not been announced yet. We’ll be playing around London and Bristol. I’ve got my most favourite project that I’ve ever done in the works at the minute. And it’s coming out in a couple months time. So all of my energy has been going into that, it’s an exciting project.’

Head over to Sukie’s Spotify page to hear her latest track ‘Best of Luck‘.