Hailing from South Africa, lordkez is not confining herself or her music to any one definition. The constantly developing vocalist appreciates each and every genre for what it is, which allows her to merge sounds and techniques to produce her instantly recognisable tracks. Today saw the release of her latest EP ‘JUICEBOX‘, a collection of songs that only further solidifies lordkez’s spot in the flourishing South African music scene. We caught up with lordkez to chat about her newly released project, her still developing sound and what we can look forward to in the future.

Zoom interviews do have their upsides (we know it’s hard to believe). We were able to speak virtually to lordkez as she sat at her home in Johannesburg. Starting at the beginning, we wanted to know where lordkez’s love for music began, what her first prominent memories of music are and when she realised she wanted to be a musician.

‘We had a home organ, and my grandfather would just let me play around with it. I feel like that’s my first memory – playing twinkle twinkle little star on the organ.

Music has always been a part of my life and who I am. I honestly didn’t know this is what I wanted to do. I always thought I would be an artist, like a visual artist or fashion designer. People don’t initially expect you to do well as a musician. So, it just gradually developed into what it is right now, I just decided one day ‘OK I’m gonna make a song’, and I made a song.‘

Having moved around South Africa and spent a lot of her adolescence in Abu Dhabi, lordkez has experienced a lot of culture from both her heritage and otherwise. We asked her if her experiences and heritage have a lot of influence on her sound.

‘Definitely. One of my biggest influences is India.Arie. My mum had a India.Arie acoustic CD, a Brandy CD and a Whitney Houston one. She would play them whenever we would spring clean the house, and it kind of grew on me. That acoustic sound helped me develop my sound and sonic. That definitely influenced me as a person also. India.Arie sings about self love and accepting who you are, and I am very lucky and grateful to have grown up with that influence in my life.‘

As the music world develops, so does what we class as ‘genre’. The term itself becomes more and more obsolete as artists continue to blend genres to create new and unique sounds. Much like her eccentric personality, lordkez’s music cannot be confined to just one genre, it would be an insult to it’s diversity. So we asked the musician to sum up her music in a few sentences instead.

‘I would say it’s very alternative because my music is not conventional. I do have a lot of hip-hop, soul, neo-soul, acoustic influence. I don’t want to be boxed in as an artist. It’s a fusion of so many different elements.‘

The past year (or however long it’s been now, who really knows) has been hard on everyone, especially people in the creative industry. With shows cancelled, and studios shut, musicians have been left to their own devises at home. lordkez explained how her experience has been as an emerging artist during a global pandemic.

‘The crazy thing is, I officially signed my contract with my record label and moved into my new place at the start of lockdown. So I was all alone. I’m also very new to the music industry. I didn’t get to do gigs, I just stayed inside and wrote music. So I feel lockdown did help me develop as a person and musically. The person I was last year and who I am now are two completely different people. I do feel like it was a blessing, even though I would’ve loved the experience of doing loads of gigs.‘ 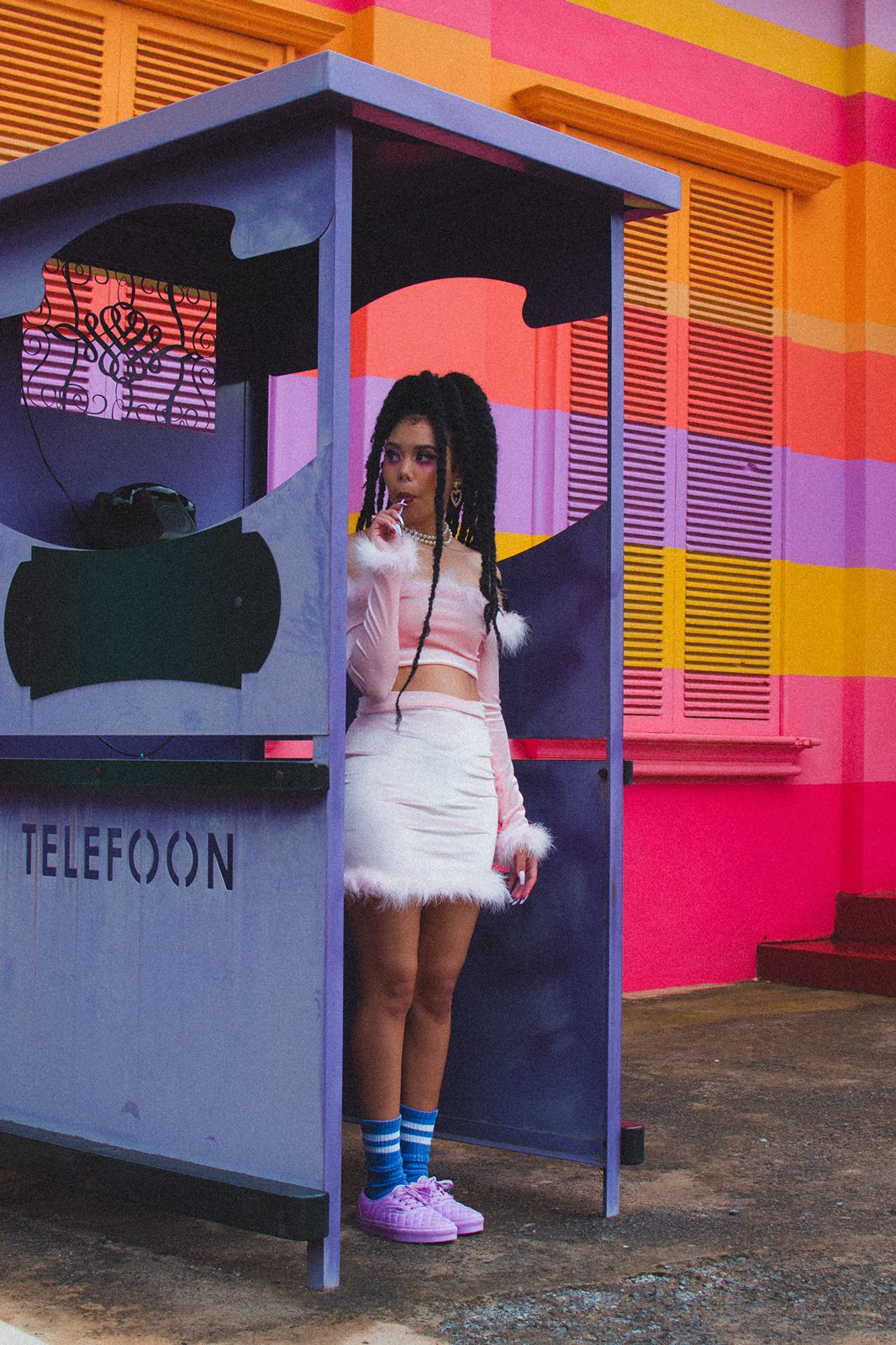 Lockdowns have also allowed us all to explore areas of the industry that we may not have otherwise come across. And the South African music scene in particular has captured a lot of heart, and headphones. We asked lordkez which fellow South African artists she’s listening to at the moment.

‘Right now I’m listening to Shekhinah, I absolutely love her music. And Mars Baby, he’s my friend and absolutely insane. I’m not being biased when I say he is a musical genius. There’s also this new artist I discovered called Blxckie, he’s on the same kind of vibe as Baby Keem, so refreshing. I don’t listen to a lot all at once, because when I do I tend to replicate what I hear in my music, and I like having clear intentions and create thoughts.‘

Today lordkez released her new EP ‘JUICEBOX‘. All the tracks show a different side and eclectic list of skills behind lordkez. Earlier in the year we were teased with one of the EP’s tracks ‘Purple Hearts‘, which landed incredibly well with excited fans around the world. lordkez gave us a little more insight into the story behind the upbeat tunes.

‘I made that song more than a year ago and my friend who produced it sent me the music and I said ‘what is this? It sounds like bubblegum’. And I just wanted the lyrics to feel enlightened but also catchy. I was also in a messy situation with my ex boyfriend, so that’s what inspired the song – like you’re always posting purple hearts on my pictures, I don’t really take notice but I’d kind of miss it. I don’t miss you but I miss the attention. I never expected it to come out. In the beginning I felt like it wasn’t me, but I realised it actually is. I made that song for the girls and the gays,‘ she laughed.

Finally we asked lordkez what the future holds for her and her music. With the excitement of her latest EP release you may think the artist is taking a break or slowing down, but you would be sorely mistaken…

‘I am working on new music all the time. I’m also planning on releasing another visual for ‘JUICEBOX’, for the track ‘Rice Krispies‘, with my friend Money Badoo who is also a alternative artist, and it’s gonna be so cute. And then maybe an EP and then maybe an album. So that’s where I’m at.‘

Head over to lordkez’s Spotify page to check out JUICEBOX and some more of her genre-blending music.