Liam Charles on Bake Off, his dodgy delights and incorporating his Caribbean heritage into his cooking 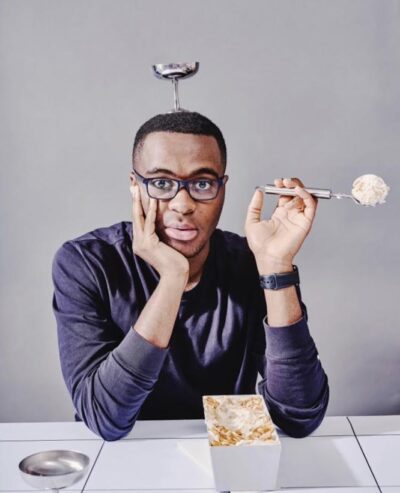 Photo by Liz and Max Hamilton

Following his public debut back in 2017 when he competed on The Great British Bake Off, 23-year-old Liam Charles has gone on to become a household name. Since first appearing on the popular TV show that has become a British staple, Liam has gone on to grow a loyal following through his two cookbooks and presenting of Bake Off: The Professionals. We got the chance to chat to flourishing foodie about his time on Bake Off, his series that he titled ‘Dodgy Delights‘ and incorporating his Caribbean heritage into his cooking.

Growing up in London but coming from Caribbean heritage, Liam had a whole mixture of different food experiences growing up. He explained to us that his love for cooking came from his nan who fed him a whole range of dishes from her home country. ‘So I went to primary school in Dalston, and my nan has lived in Dalston ever since she moved to England. So if I didn’t go to after school club she would pick me up and she’d always have dinner ready for me, so Monday would normally be leftovers from Sunday, Tuesday would be dumplings and plantain and swordfish, Wednesday would be like sweet potato shepherd’s pie or something, she loved doing that loads. I sort of got into the love of food through my nan. Hackney is obviously really diverse for food, but for the natural Caribbean foods that all definitely came from my nan and thank God she’s a wicked cook.

She definitely inspires my savoury bakes, because I like to incorporate Caribbean flavours into my baking. But it’s a lot easier to do with my savoury bakes than my sweet ones. You know what it was, I just loved loads of cooking shows. From my mum’s side we have an outrageous sweet tooth. So we’d get the apple crumble from Sainsbury’s or the occasional cheesecake or sticky toffee puddings. So I thought if I’m eating this stuff all the time, I need to learn how to make it. So I just searched up loads of recipes and before you knew it I was baking.’

Getting to week eight of the 2017 Great British Bake Off, Liam captured the heart’s of the nation with his cheeky persona and wonderful baking skills at such a young age. At just nineteen and studying at university, Liam was one of the shows youngest bakers, but also one of the most experimental. Three years on, he told us that he still lives in a state of disbelief that it actually even happened. ‘Sometimes I don’t even feel like it actually happened, do you know what I mean? Like one minute you’re sworn to secrecy, can’t tell anyone and then next minute it’s out there that you’re on it. It’s the most intense and most fun thing I’ve ever done in my whole entire life. Nothing could ever compare.’

One year after Liam appeared on the show, we were ecstatic to see Liam return to our screens as a presenter for Bake Off: The Professionals. Alongside comedian Tom Allen, Liam continued to steal the Great British viewers hearts with his cheeky smile and friendly attitude. However, still being in shock that he was on the original show in the first place, he was even more taken aback when the producers first approached him for the presenting role. ‘So for me it was like calm, I did something lit, if nothing comes from it whatever. They were like ‘we were thinking about rebooting Bake Off: The Professionals (originally Crème de la Crème) and we want you to be a host’. So I’m twenty, still doing a drama degree, and I just couldn’t believe it. It’s one thing being a contestant, like panicking because you’ve only got thirty minutes left, to telling people that’s how much time they have. The first series I felt a bit of imposter syndrome, because it was like do I actually have the experience or clout to be in this role? But then I thought they’ve picked me for a reason so I’m just going to be me. And then next year will be our fourth series and I love working with Tom, Cherish and Benoit. Yeah it’s sick man.’

While Liam has worked hard and been given such amazing opportunities, it’s clear after speaking to him for even ten minutes that he has stayed humble to his successes. So we asked him what the most important thing was that he has learnt being on either show. ‘Just be you, you do you. Don’t try and be someone that your not. So when I went on to Professionals, I had watched it before but when I knew I got the gig I didn’t watch it again. Because now I’m looking at what the previous hosts do. So it’s more for Tom and I to make it our own.’

In 2018 Liam released his first cookbook ‘Liam Charles Cheeky Treats’, and followed that with another in 2019 called ‘Second Helpings’. While he incorporates his love for Caribbean cuisine, english snacks and baking into both of the books, there is also a flare of his own whacky personality running through the book. With recipes for coronation chicken pie and falafel scones, we asked Liam where his inspiration for such original recipes comes from. ‘If I’m honest, anywhere that I eat. So 2018, early 2019 I was eating falafel all the time. Every Sunday I’d go to Spitalfield’s Market get falafel, feta cheese in it, sun-dried tomato, bit of hummus – it was so good. Then I’d walk to Brick Lane and get a churro. So that was my Sunday ritual. Then I started thinking, OK how can I get falafel in something that’s not just a falafel wrap? Then I thought hmm falafel scones? Then you have to think about what elements of the falafel you can put in the scone. I like doing loads of mashups because I like creating new things. Like there’s loads of banana bread recipes, and no disrespect to anyone that has made them, I mean I’ve made them. But it’s always cool to try and elevate yourself, even if it doesn’t work at least you know you tried.’ 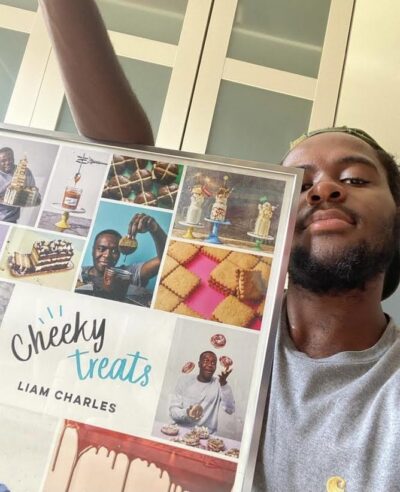 As Liam previously explained, he loves to experiment, whether that always works or not… Which bring us to ‘Dodgy Delights’. ‘Dodgy Delights’ is (currently) a one of segment on Liam’s Instagram where he creates exactly that. The first on his list of dodgy delights to create and try was hot cross buns with cheese and barbecue sauce. While we are still unconvinced, Liam assured us that he was on to a winner. ‘That was so banging honestly. The hot cross bun is super sweet obviously, and then you’ve got your cheese that’s salty and then the barbecue sauce which is like both. So it kind of brings it together into this kind of dodgy delight. Oh my days I need to bring back dodgy delights.’

This prompted our next question of had Liam experienced any other dodgy delights that at first sounded well, dodgy, and turned out to be delicious. ‘This is not really that dodgy, but the other day I went to Blue’s kitchen (Shoreditch, London). I wasn’t really that hungry but we said OK we’ll have two sides or whatever, so I’m looking at the appetisers and they had cheeseburger spring rolls. But when you think about it, it’s just pastry with burger filling. So I got them, and I swear to you they are so peng. I DM’d them and said, look just to let you guys know that spring roll is 10/10. Just to give them that honourable shoutout, because that is genius.’

While the future is still unsure for every profession, lockdowns have at least meant that chef’s and food-lovers like Liam have been able to experiment with their recipes. Liam has also channeled his love of cooking into his social media and is creating new and exciting content for his fans. ‘Yeah, 100%. So I’ve been getting into Instagram reels, making food and stuff because it gives me the chance to trial loads of things. And then people have been asking for recipes now, but then with me I can’t just give you a recipe like print screen it and put it on Instagram, that’s dead. So I got my mate Alex on board, she’s an illustrator. So she animates my recipes and I do a voiceover, so it’s just a lot more immersive. So yeah, I’ve spent lockdowns being artsy, fartsy, foodie.’ 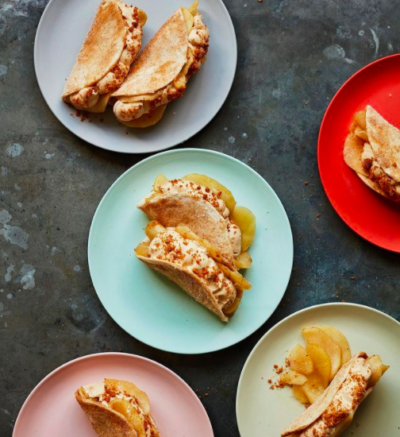 ‘Cocktail hands down. Oh my God a bramble. Because I really like gin, so bramble’s are unreal.’

Cook for someone or be cooked for?

‘Ooh it depends. Nahh cook for someone.’

If you were a cake what would you be and why?

‘Does it have to be a cake? I’d be a millionaire shortbread. Because there’s loads of layers to me. Caramel, I can be a salt but also sweet, chocolate is like a thin layer of indulgence, I have that bit of finesse about me. And then the shortbread is like a classical foundation. So I don’t know if that makes sense but it makes sense in my head.’

We’ve seen on your social media that you’re really into Marvel. If you had to pick a Marvel superhero to cook for, who would it be?

‘Either Spiderman or Iron Man, because they have bants. Oh I’ve got to pick one? OK spiderman.’

And because it’s almost Christmas, what is your favourite festive dessert?

Head over to Liam’s Instagram to catch more of his amazing recipe reels (and to keep an eye out for any more dodgy delights of course!)