After discovering his talent for lyrics at a young age, and then exploring that within South London grime group ‘The Square‘, rising artist Deema has made a huge splash on the UK music scene with his instantly recognisable style. Clever lyrics against catchy hip-hop beats are the Lewisham artists speciality. We got the chance to catch up with Deema about how he found his sound in the South London music scene, his time in ‘The Square‘ and his EP ‘CHEW YOUR FOOD‘. 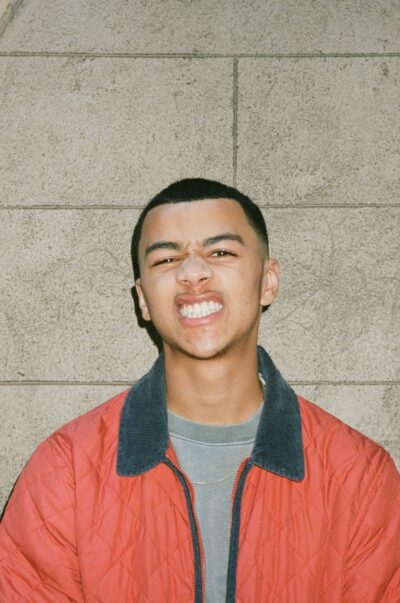 After a few technical difficulties, we finally got down to asking Deema some questions. First of all we asked what his most prominent memories of music are from growing up. Although his hip-hop/grime style music may not reflect it, Deema had memories of listening to some pop classics from childhood (that frankly none of us can deny listening to and loving).

‘My first prominent memories of music would be listening to Busted and Mcfly particularly ‘Year 3000’ and ‘Crashed the Wedding’, great awful songs. Then I got my dad’s MP3 player and had loads of his illegally downloaded library on there, and there was just thousands and thousands of songs so I came to listen to loads of different stuff. I remember hearing a lot of Michael Jackson, OutKast, Plan B, Jamie T, Arctic Monkey’s, and a lot of Jay-Z growing up. And I remember going crazy with my little cousin to Prodigy, running around on some high sugar rush,‘ he laughed.

Growing up in South London when he did, Deema was exposed to a lot of up and coming grime artists who were also starting out. He then stumbled across Lewisham based grime group ‘The Square‘. A group that not only holds old school grime beats at it’s core, but also celebrates the distinct style of each of it’s members, ‘The Square‘ instantly became popular and began to grow in musicians and MC’s. Deema explained to us how he came to be a part of the group he once so looked up to.

‘So one of my best friend’s older brothers showed him one of The Square’s grime sets on Rinse FM. I think we were about 14/15 at the time and we were just like ‘rahh this is sick’, just so gassed up about it because we knew everyone was from the local area as well. So it kind of made it even more of a special thing to us I guess, we became proper fan boys like always reciting their lyrics over their sets and having a load of fun. So eventually we all started writing our own bars, all the boys messing about you know as you do, getting high in the park and writing bars. Some of us got better, and then pretty good and then Blakie (one of the members of The Square) heard my spitting my little 8’s and 16’s over grime beats. He had a load of energy and he was like ‘yeah sick, we’re going radio’. Then I went on set at Flex FM with a load of The Square members, and it was sick for me.

So I was at Flex FM pirate radio in Wimbledon at like 15 with Elf Kid, Faultsz, DeeJillz, Novelist had left The Square by the time I started chilling with them. It was just mad. From there I started to go to loads of different shows and radio sets with them. And then eventually without as I started to network with other DJ’s there. And that’s how I came up I guess, just going and shouting on the mic, doing all the ad-libs for Elf when he had a show if I could get in, because I was only 15/16 at the time.‘

Although he started out in the UK grime scene, Deema slowly started to edge away from the genre and move more into the realms of hip-hop. Putting his lyrics over a slower beat, Deema found that he could say more and was able to refine his sound even more.

‘I never really made a conscious decision to move away from grime. I just had been doing grime and radio shows for two years without releasing any music, because I wasn’t comfortable with anything that I had to say and I didn’t have anything I wanted to release. So eventually I writing over one of my mates hip-hop beats and I just wrote the best verse I’d ever written at that point, and it was like ‘wow I might do better on these slower beats’. And I did still really want to get a grime beat out at that time, because I knew it would be really good for me considering I was around everyone in ‘The Square’, but that’s just how it seemed to go. And from then on I was getting better at writing to slower tempos, I was saying more meaningful stuff and I was just being more me I guess. And it just happened naturally, I still have grime influence in a lot of the things I do like it’s definitely not just gone away but I guess I’ve just shied away from the grime tempo. It’s hard for me to get my thoughts out at that tempo because it’s a bit fast for me.‘ 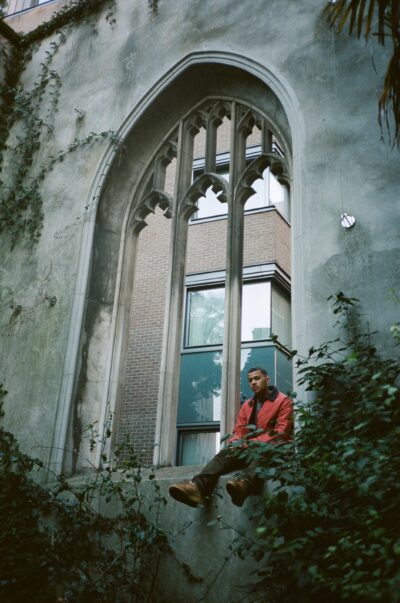 Although Deema has been writing and releasing music for some years now, he saw his debut EP release during 2020. While the release of an EP is usually an exciting time for an artist, with the last twelve months being almost completely unpredictable it has also become an anxious time for artists. Deema explained to us how he felt in the run up to his EP ‘CHEW YOUR FOOD‘.

‘Currently I’m not independent, I’m with a record label called different recordings. But this year, we thought it was going to be awful to release my project in. But considering the content of the project, it seemed like a more fitting time for the music to come out, which is crazy because we made all the music a year before at least. And it ended up working well for us this year, worked in our favour funnily enough. For me though, I was always a bit shy because I only really listen to music when I’m on the way somewhere like if I’m travelling. And no one was travelling this year, so I was like ‘rahh is anyone even going to listen to this? There’s no shows to do and no ones travelling anywhere’, but it worked out well for us man.‘

With more music planned for the future, Deema explained to us that a lot of the music he’s listening to right now is usually artists that he is working with or wants to work with in the future. With a lot of London-based artists on his radar, he gave us an insight into who he’s enjoying the most at the moment.

‘I always struggle with this question, but it’s not a struggle either. Right now I’ve been trying to work with a lot of different artists so I’ve been listening to a lot of their stuff. I had a session with Louis Culture which was sick, I like the people in Elevation Meditation his collective. Apex is sick, KAM-BU I had a session with recently, my guy Osquello. I think Arlo Parks is sick. I listen to things when they come out all the time, but when it comes to just listening to music I end up listening to a lot of my own shit all the time because we’re always bloody working on it. Then I get home and it’s like right, we’re done with that today let’s just do something else and just not listen to music. I think I’m very conscious of the things going on in the music scene but I’m not super subscribed, you know what I mean?.‘

And while live gigs and festivals seem to continue to be off the cards for the foreseeable future, Deema is turning his attention to new projects. After giving us a window into who he’s listening to right now, he explained that he is trying to work with a number of different artists in order to create a much bigger project later in the year.

‘Yes 2021, I’m gonna be bodying the whole world! We’ve got four tracks coming up, a short EP but it’s not little by any means. I try to make it as sick as I could and try and make it tracks that I really love. And then following that I believe I’ll drop a couple singles, and then I want to get on to something bigger like a long mixtape. As I said about working with a lot of different artists, so that’s what I want to get on to this year. We’re planning, full speed ahead.‘

Head over to Deema’s Spotify page to hear his latest EP ‘CHEW YOUR FOOD‘, and follow him on Instagram for new music updates!