King Hannah on the release of their debut album ‘I’m Not Sorry, I Was Just Being Me’

When I first heard King Hannah’s music, I was grasped by beautifully haunting vocals, and an initially soft guitar sound which blossomed into a cataclysmic crescendo; within the space of a few minutes, the softness had transformed into a bold, powerful noise. Describing their music as ‘hypnotic, dynamic, dark, moody and honest’, with a hint of Western Americana and a 90s feel, King Hannah really will have you entranced. 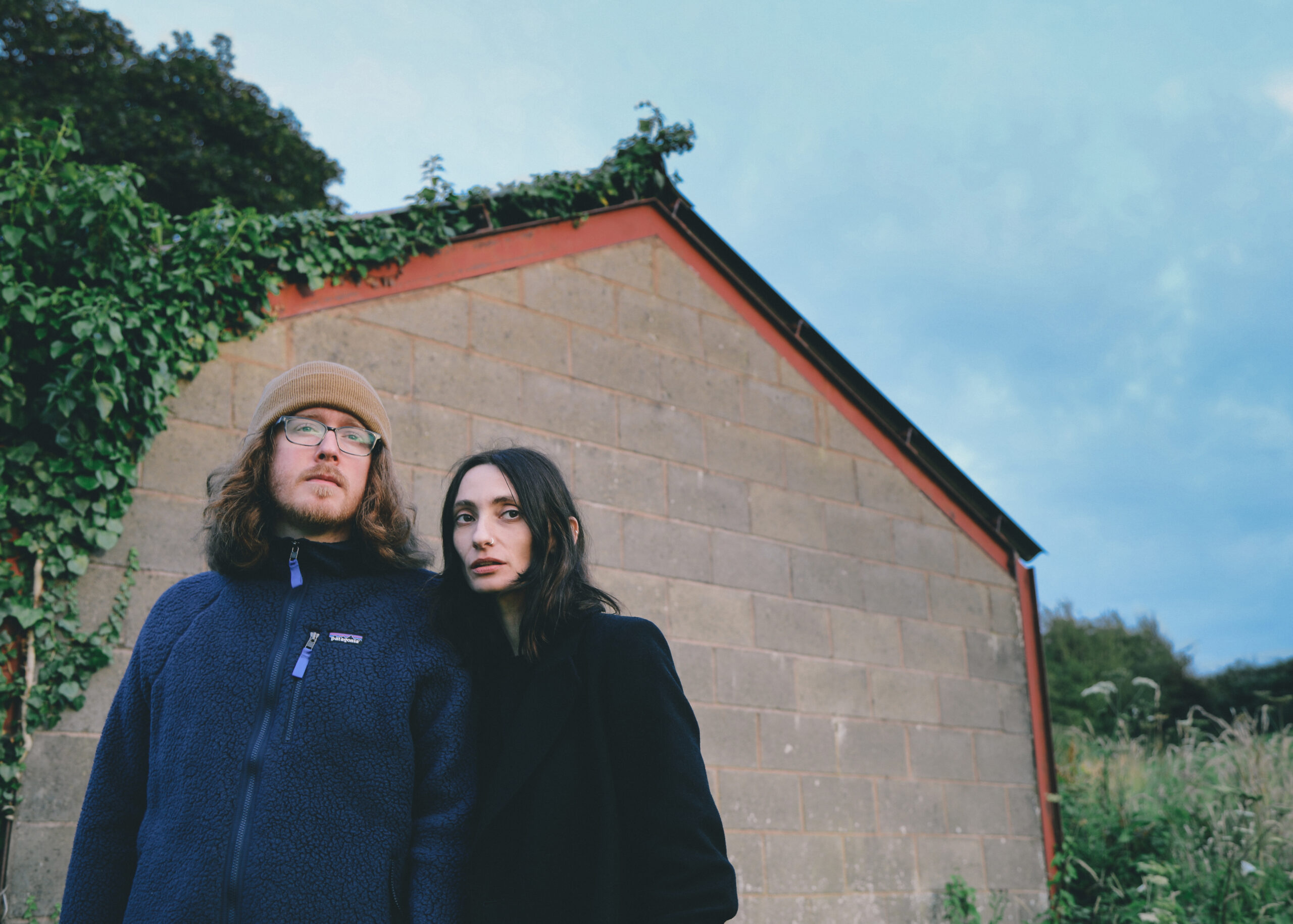 2022 is going to be a big year for Liverpool-based duo Craig Whittle and Hannah Merrick. Following the imminent release of their aptly titled debut LP on February 25th, ‘I’m Not Sorry, I Was Just Being Me’, they will embark on two big tours across the UK and Europe, and a subsequent show in New York City. They’ve already, unsurprisingly, acquired a loyal fan-base throughout the last few years, with their 2020 EP ‘Tell Me Your Mind and I’ll Tell You Mine‘ offering an audacious and immersive listening experience, with a sultry taste of their potential, leaving you longing for more.

Having self-released their song ‘Crème Brûlée’ in 2019, King Hannah caught the eyes and ears of various music bloggers, and the track somehow reached the independent, Berlin-based label, City Slang. The label asked to hear more of their music, which pushed them into writing their EP. If you’ve listened to the EP, you won’t be surprised to hear that it led to them getting signed.

Geographically, the pair are far from Berlin or even London, instead sticking to life in the wonderful Liverpool. Craig, a Liverpool native and Hannah, originally from North Wales, met waiting tables. Little to Hannah’s knowledge, Craig had already spotted her back at a university open mic night a couple of years prior – ‘she blew me away.’ Serendipitously, Hannah was looking for a guitarist, and slowly but surely, their friendship flourished and music followed naturally.

Both artists seem very self-assured and confident in their abilities, and the album release is proving to be the perfect opportunity to ‘do themselves justice’. As their success is now ever-growing, they’ve come to realise that they have to rely on the people around them a lot more – with an album release and tour, it won’t just be the two of them alone. Currently they’re searching for permanent full-time band members who are committed, and are conscious of surrounding themselves around supportive people who actually care about them and their music.

Craig and Hannah both share the talents of singing and playing guitar, but as for their other creative forces, Craig directs and produces their music videos, and Hannah tends to star in them. The pair aren’t hugely enthusiastic about the commercial side of the ‘success’ package just yet, ‘ideally we’d just like to constantly be playing and writing music, but there’s parts to the job that you don’t really know about until you actually get signed. It makes it harder to devote enough time to writing, and find a good balance between the two things.’ In regards to curating their image, they’d like an artistic team around them who ‘just get us and who we are. We just want to be us and be pictured as us, otherwise it doesn’t feel right or comfortable. Once we nail that, we’ll look forward to those aspects of the job.’ 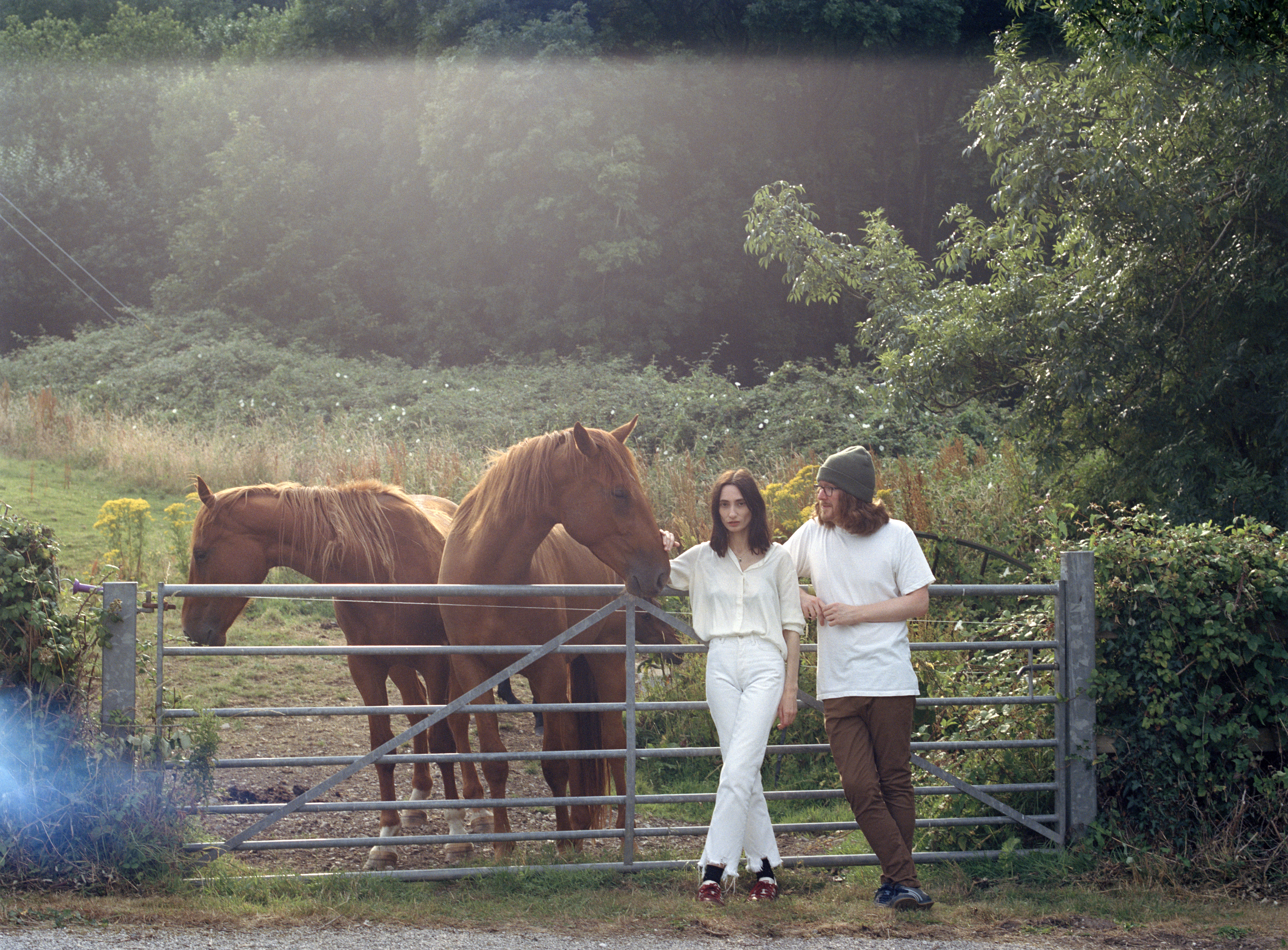 Storytelling is something that Craig and Hannah craft wonderfully. I think that storytelling is something that makes the world go round, because sharing our experiences is so valuable for growth and helping others. As we know, songwriting is just one of the many ways that we can tell stories. ‘Really normal stories are the fun ones to write about – there’s something so boring about them which is nice to listen to’; I instantly refer to their song Meal Deal, which is simply about flat hunting. Craig and Hannah unanimously say ‘yeah, that one’s really boring!’ Craig goes on to add how nice it can be to add romance to normal things in life, to which I wholeheartedly agree. While it’s lovely to hear songs about a romantic love, giving a sultry element to the more mundane and tenuous things in life makes our everyday activities seem somewhat special.

I ask specifically about the story behind ‘A Well-Made Woman‘, one of the pre-released songs from the album. It specifically stood out to me because of the lyrics, and I found myself reflecting on working hard as a woman, but the synonymous societal pressures of seeking motherhood. In the chorus, Hannah sings:

A brave, brave one.

Hannah offers listeners to interpret the lyrics as they like, but for her personally it’s one of strength and empowerment – ‘I feel my strongest when I write something that I really love. When I then stand and sing it in front of people, it feels even better.’

A prevalent theme of the upcoming album is childhood. My perhaps cynical mind flitted to assume that they meant childhood trauma, which Hannah and Craig swiftly countered – the songs are fortunately about ‘the things that make you feel warm as a child’, to mirror their upbringings. While on the topic of identity, the pair both have really supportive and encouraging families, which has helped to shape their belief in themselves. Craig notes that ‘both of our families have always said that this is what you should be doing. It puts that confidence in you from a young age. My mum got me a brand new guitar when I was younger, which I still play now.’

One thing that strikes me about Hannah and Craig is that they genuinely seem like best friends – there’s a stark fondness between them. They sing together around their house, never feel annoyed with each other and naturally look to each other for guidance, and maybe comfort, when I ask questions. In fact, when I ask about their musical taste past and present, they both politely let the other speak until Hannah caves in and answers first.

On the note of their musical influences, Hannah grew up listening to Portishead, Nirvana and 90s bands, and Craig was very into The Beatles, Little Feet and Neil Young – ‘a very 70s, California vibe.’ In terms of the music they listen to now, they often follow each other’s taste, but Hannah’s current obsessions are Bill Callahan and PJ Harvey, while Craig listens to a lot of Sunkill Moon, Sun House Painters and Mount Eerie.

Lastly, I have to ask about King Hannah’s dreams – ‘we’re incredibly ambitious, and want to be the best band that we can possibly be.’ I feel a real warmth and humble nature from Craig and Hannah, and I really can’t wait for more of the world to hear their unique sound.

Head over to King Hannah’s Spotify page to hear the duo’s latest projects.