Kate Stewart on her new single ‘Hate You’

Kate’s Stewart’s music is right up my street. Her vocals are full of soulful, soft ad-libs and harmonies, accompanied by a uniquely powerful belt that deserves her a place in the spotlight; imagine an ethereal combination of Ariana Grande, Tinashe and Tori Kelly but with distinct flair – the special individuality she holds makes Kate Stewart her own artist.

Speaking to Kate herself is an absolute dream – she has a really warm, fun and passionate presence. A West-London girl through and through, specifically born and raised in Maida Vale, Kate’s grown up around music her whole life in a very artistic family. With an entertainer father, mother in corporate hospitality, and a brother renowned as a producer and songwriter, Kate said that ‘I can’t ever have seen myself doing anything else – music has been ingrained in me since I was a child.’ I exclaim that it must be really useful for her – being surrounded by people who know the industry well, ‘yes, exactly! If I need advice they give me proper professional advice, not just as my parents.’ 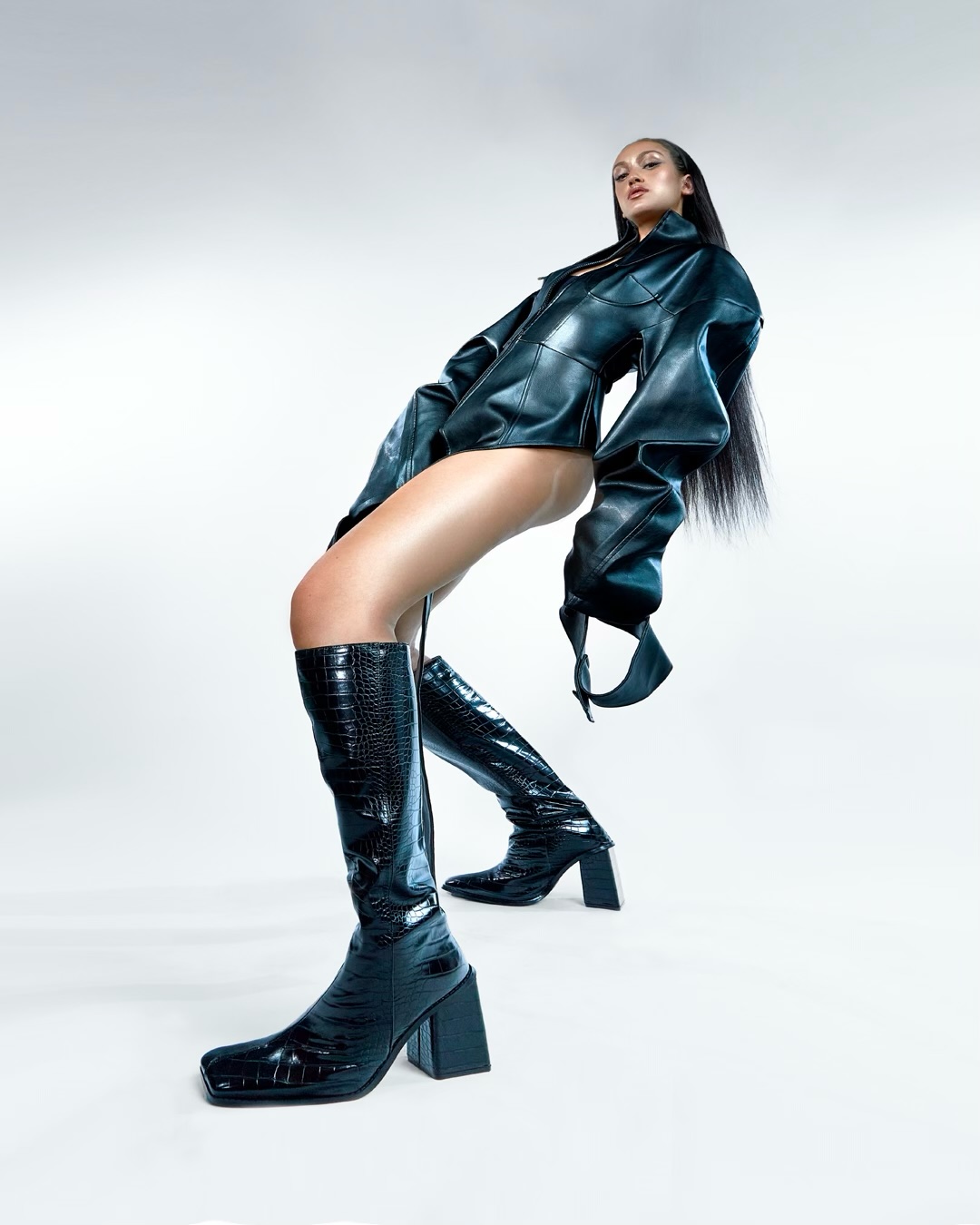 Kate was so certain they she wanted to be a performer and chose to go to stage school in Chiswick, before finding that musical theatre just wasn’t suited to her, ‘I left stage school because my song and dance teacher, made me feel so uncomfortable – he told me that my voice was too pop, and I found myself becoming so passionate about doing ad libs and riffs, and thinking that I don’t just want to be part of a choir, I want to be at the front doing riffs! I didn’t feel like myself when I was there – you have to have a certain tone for a musical theatre voice and it just wasn’t for me. Pop music suits me far more.’

So instead of turning to musicals, Kate drew inspiration from some of the greatest women in music, Kate grew up listening to Whitney Houston, Christina Aguilera, Beyonce, Mariah Carey and Diana Ross, ‘I was especially obsessed with Christina Aguilera – she was my number one. I kind of learned how to sing just by copying these women – I loved their adlibs, harmonies and huge riffs.’ You can definitely hear their strong influence through Kate’s music – palpably there’s an interlude on her 2018 EP release ‘In The Beginning’ called RyRy, a track just full of smooth, angelic harmonies, ‘I love atmospheric chords that tug on your heartstrings.’

Just before our interview, I had an epiphany that I had in fact heard Kate’s music years ago – you might even recognise her from her old stage name KStewart. Kate featured on songs with Matoma, Craig David and most notably, Oliver Heldens’ on his track Koalas (which was a frequently played song at house parties when I was seventeen years old). The song, written by MNEK, is an absolute belter and a showcase of Kate’ impressive vocals – I ask if she can still sing it, to which she laughs ‘I can do it but it’s fucking hard!‘

At the time she was signed to Warner Music, and I was intrigued to know how it felt for her, doing more collaborations than releasing solo tracks – ‘it was a tricky one because if you put on too many featured songs, you become ‘that’ featured artist, and I never envisioned that for myself, I never saw myself as a features singer or a singer that would be on a dance music. Unfortunately, when I signed to my label, the main way of getting a singer out there was to feature on big dance records. For me personally, I wasn’t really into that whole world – it wasn’t really my choice. The Oliver Heldens song was, because I actually really liked the song, so that one absolutely, but overall I wasn’t very happy with all the features I was doing. I don’t take it personally because it’s an industry you know, but it was such a huge learning curve and nothing can get past me now.’

Retrospectively as difficult as that time was, it proved instrumental in her transformation from KStewart, the pop singer on dance records, to finding her unequivocal sound as Kate Stewart. Luckily, she was able to get out of her record deal quite quickly, and now she’s signed to The Orchard, part of Sony Music, ‘I get full creative control now, which is something I always sought for.’

In regards to Kate’s creative process, it’s always the melody that comes first. Interestingly, Kate describes herself as ‘not a very deep person, so my music is more about just living life. I take loads of inspiration from my friends’ deeper problems as opposed to mine.’ I notice in her lyricism that the topics of dating and love come up frequently, ‘I have had quite an intense love life. When I am in a relationship I always write about the problems as opposed to the good stuff as that can be quite boring. And then when I’m dating I don’t take that seriously, so I find it difficult to write when I’m not feeling that much emotion. I’m not gonna write about love when I’m in love.’ I understand her perspective – I’d admire her if she could go and write an emotional ballad about a first date!

Her newest single, ‘Hate You’, shows off Kate’s lower register and diverse vocal capabilities. The lyrics are all about empowerment, guiding you through the journey of being in a relationship which ends, and finding yourself. Created in collaboration with Grammy-award winning producers including Swagg R’Celious, Jeff Gitelman and Ronny FLIP Colson, ‘Hate You’ was originally recorded by H.E.R, but was given to Kate as it suited her voice and style more. It’s the only song she’s ever not written herself, which is a testament to how much she loves it. ‘I really resonated with the lyrics – everything in the lyrics is what I would say. I’d experienced those emotions and thought about getting the ick.’

The image that Kate is curating for herself compliments her sound and vice versa. She loves to play with fashion and especially hone in on her 90s inspired style, ‘that’s what I’m going for with my image – very fashion-centred, quite editorial. I have so many creative ideas, so whenever I write a song, I know immediately what I want to do with the video. I love getting dressed up and getting fussed over! It’s the best feeling in the world being to create a video with a small team around me on a smaller set, where we have full control over what we shoot. With ‘Hate You’ in particular it was amazing to be able to do that. I remember on my very first press shoot with my first label, I was told I couldn’t wear an outfit ‘cause it was ‘too sexy’.’ For the ‘Hate You’ video she reached out to an inspiration of hers, Creative Director Betsy Johnson, who’s known for her iconic work, including Donda by Kanye West. Kate told Betsy that she wanted it to look like a fashion movie – if you watch the video, it’s clear that her vision came to life.

Despite having already accomplished so much, Kate is still dreaming big. She’d love to support someone on tour that’s within the same genre as her, specifically mentioning Doja Cat and SZA. But for now, she’s focusing on finessing her EP and releasing it, as well as reaching more people with her sound – ‘I have a huge bucket list of things I want to achieve but for this year, get the EP out, grow my fan base, do some shows and a proper tour!‘

This is really only the beginning of Kate’s flourishing career. Her EP, ‘You Had To Be There’, will be out later this year. You can catch the rest of Kate Stewart’s music over on her Spotify page.