Writer, singer, actor and multi-creative Jordan Stephens has been creating a steady stream of art and music for as long as we can remember. Constantly developing alongside his crafts, Jordan has been focusing on a number of different artistic avenues over the past few years, including the release of some tracks that have allowed listeners a window into his current point in life. His latest track ‘Star‘ explores the need to be recognised for who you are, and subsequently loved as you are. We caught up with Jordan to discuss his eclectic musical knowledge, journey through both life and music, and why his music emulates horses… 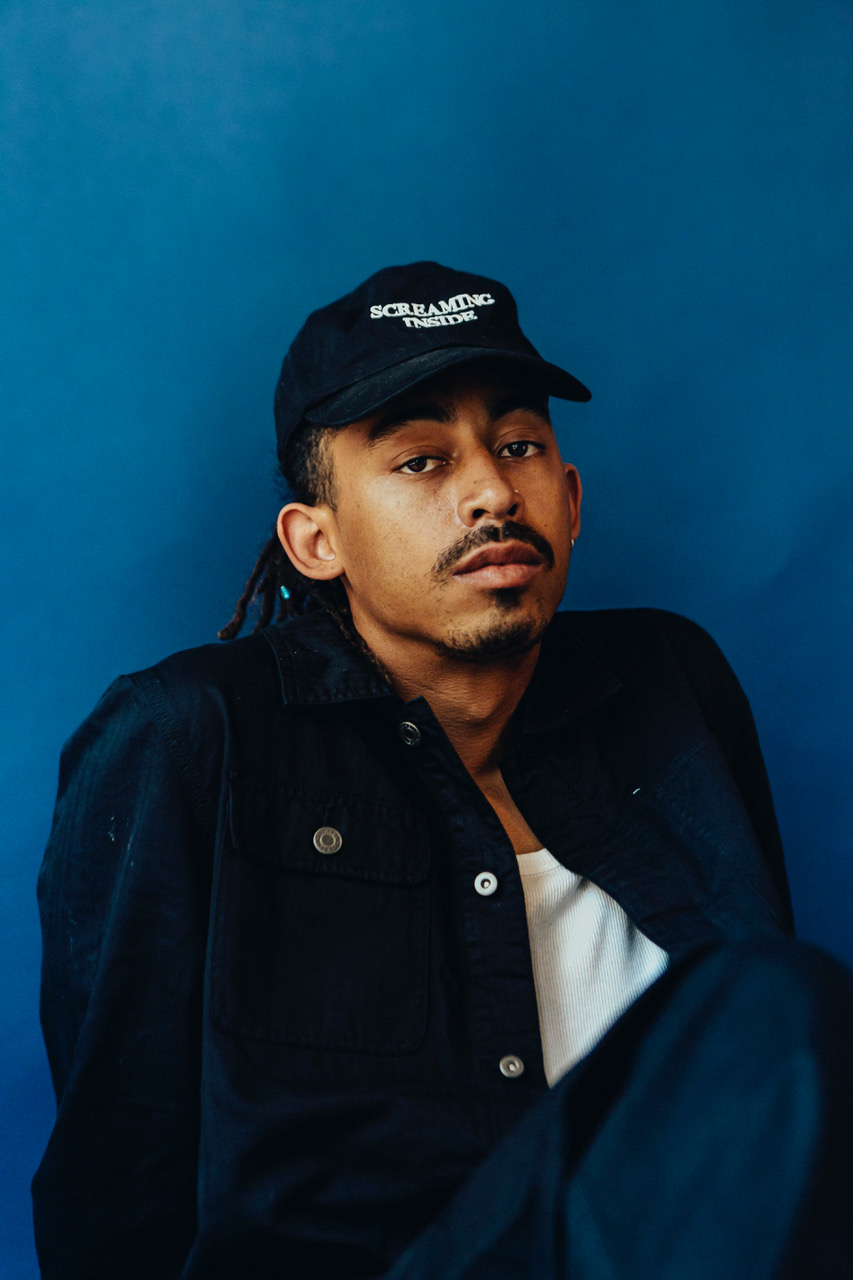 At just 29-years old, Jordan Stephens has already had an illustrious career in the music industry. Starting off in Rizzle Kicks back in 2014, the creative has gone on to create a number of different projects in a several different artistic fields. We wanted to know where it all started. So we asked him to take a trip down memory lane back to his first prominent memories of music.

‘My mum was performing when I was a kid. So I remember her lyrics being strewn around the living room floor, and occasionally her rehearsing. All good music I’ve been introduced to from my mum.

I always felt I could create music. I just had a belief when I was a teenager that I would be able to get myself out of the situation I was in.‘

Jordan’s journey in the music industry has been lengthy and entirely unique. His growth and development have been clearly reflected in his music throughout his career. As he goes on to release a collection of songs with new sounds and expressive lyrics, we want to know what is it that as influenced his evolution, both within his music and himself.

‘There are things that I do now, that once upon a time would have seemed inconceivable to me. So, after Rizzle Kicks I made a band called Wildhood which was more rock, and I was super high for most of that. I was high and drunk, I was just off my face. And I was convinced that was how I’d get to this kind of deep, fucking, cool… I don’t know what. Trying to get something out of me, trying to get to this pit of sadness that was inside me. And the idea of being able to write sober was out of the question. On a technical level I didn’t used to sing falsetto, I used to sing full-voice because that’s what felt natural when I was pissed basically. As my values in life have shifted, more into the space of looking after my body and sobriety and being in a loving, responsible, mature relationship, that affects what I sing about. The next project is gonna be half an indie-rock vibe, and then the other half goes into this kind of house shit. I am really drawn at the moment to upbeat, euphoric sounds. The album will definitely be trippy that’s for sure. I’m drawn to these euphoric sounds now. I mean I don’t drink anymore, I don’t take cocaine, I’ve completely cut those two things out of my life. But I micro-dose, and I’m fascinated with reconnecting with nature, and that comes out in my lyrics.‘

Genre as a concept is becoming more and more outdated. As creatives continue to explore new avenues of art and sound, it seems counterproductive to force them into one constrictive label. And so we asked Jordan to sum up his music as best he can outside the realms of ‘genre’. His answer took some thought. A few seconds went past while he looked around the room and tapped a dry paint brush against his chin mid-thought. Finally he came to his conclusion, and while it was not expected it was certainly thought-provoking.

‘…Horses…‘ he laughed. ‘I mean I’m not sure if it encapsulates absolutely everything, but horses embody these contradictions, they embody conflict, you know? If you’re around a horse they are the most tranquil, beautiful, calming creatures. If they trust you, if you’re not scared of them. But they’re also the first on the battlefield, they’re the first going into war. An idea of this tranquility being pushed into war I think encapsulates the conflict I perpetually have. Wanting to take people on a ride, but also fighting,’ he burst out laughing. ‘I’m not even gonna overthink it I’m gonna own it.‘ 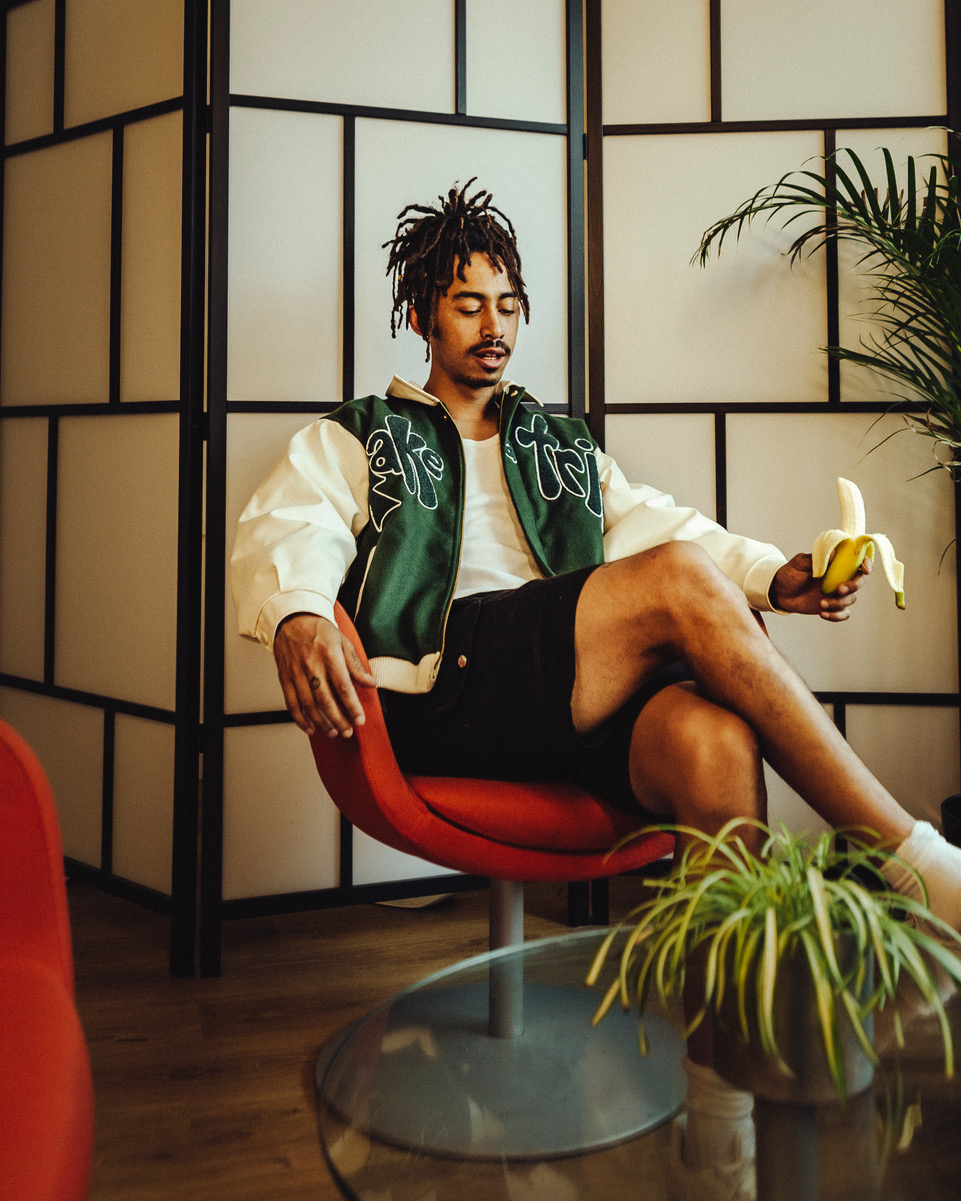 One of Jordan’s most recently acclaimed singles is titled ‘Wicked‘. The track follows a lyricised story of understanding yourself and simultaneously loving all the different parts of your person. He went on to discuss the track in more detail and the process behind it.

‘I came into the studio, I’d been working with this guy called Jordon (aka J AR), and he’s really really good. So we have all these demos unfinished. And there was this one day where we came in, and I think loads of musicians will back this up, there was no expectation it was very relaxed. And then he plays these chords, these strings…  And genuinely the first part of Wicked is just off the top of my head, just what I was feeling at that time. All things in life are about flow state. Sometimes overthinking actually takes you out of it. I could sit and think about the lyrics for fucking five hours, but sometimes I can capture an authentic feeling a lot quicker if someone just sticks a mic on and plays a song so I can respond truthfully in that moment. Wicked is an authentic culmination of music I fuck with, and every now and again there’s a lyric that I’m really fucking proud of that I think’s dope and that I would hope gives people enlightenment in their own subjective way.‘

While all artists have to believe in their work to a certain degree while releasing it, it’s easy to mistake this belief for complete confidence. Jordan explained to us that confidence has been a big obstacle in his life both within and outside of music. It was refreshing to hear a side of the music world that lies underneath the surface. He went on to explain how he navigates his creativity when he is both feeling it and when he is less confident in his work.

‘It confuses me more than a lot of things at the moment. Because unless I’m totally wrong, I understand a lot of artists are historically a bit narcissistic, you have to believe in yourself to get to a certain point. But I was under the belief that there was also artists that just existed and they were in this kind of suspended state. I relate to those artists so much more. I worry as well that it’s the marketplace needing everyone to be a leader, rather than the fans themselves thinking the music is fucking great and that we’re gonna have a mutual relationship where we’re gonna encourage each other to do shit. It’s crazy!

It doesn’t feel like a voluntary thing for me to create stuff. I just have this compulsion to do so and there are benefits from that. I’m trying to make as bold a connection between myself and whatever gives people ideas.‘

Finally we discussed what Jordan has planned for the future. His multiple creative advances will continue to develop as Jordan does. Which is something his fans are excited to follow and experience alongside him.

‘Going to release a project that I’m really proud of, because it’s just an update of where I’m at as a person. I’m really into writing at the moment and I’ve got book and script ideas I’m working on. I’ve got a kids book coming out next year too. I really am trying to focus on getting this music project out because I’m trying to create a legacy where there is a continuation. If you look at the stuff I’ve done since Rizzle Kicks you get this journey. I want to continue adding to that.‘

Check out Jordan’s Spotify page to listen to his musical journey, including his latest track ‘Star‘.