An Ivor Novello Rising Star nominee and mentee to the legendary Nile Rodgers, Amahla has already made quite a name for herself in the music industry. At the age of only 23, Amahla has released a number of singles, an EP and gone on to perform at established music venues such as The Jazz Cafe and The Royal Albert Hall. We caught up with the singer-songwriter about her latest release ‘Apathy’, her mentorship with a renowned musician and the online songwriting workshops she has been holding over lockdown.

As her single ‘Old Soul’ implies, Amahla grew up with a lot of Soul and R&B music. Being inspired by these genres from a young age, she developed her own way of translating some of her favourite music into her own unique sound.
‘I’ve always had an emotional connection with singing, growing up I was very shy and performing helped me grow a lot in confidence. I grew up with a lot of Soul and R&B playing around the house mostly from the late 70’s to early 2000’s, as I got older I began selecting my favourites Stevie Wonder, Etta James, Otis Redding, Lauryn Hill. These artists were so special, their voices, lyrics, messages, I connected to them instantly. All I wanted to do was make music that made me feel the way I did when I’d listen to their catalogues.’ 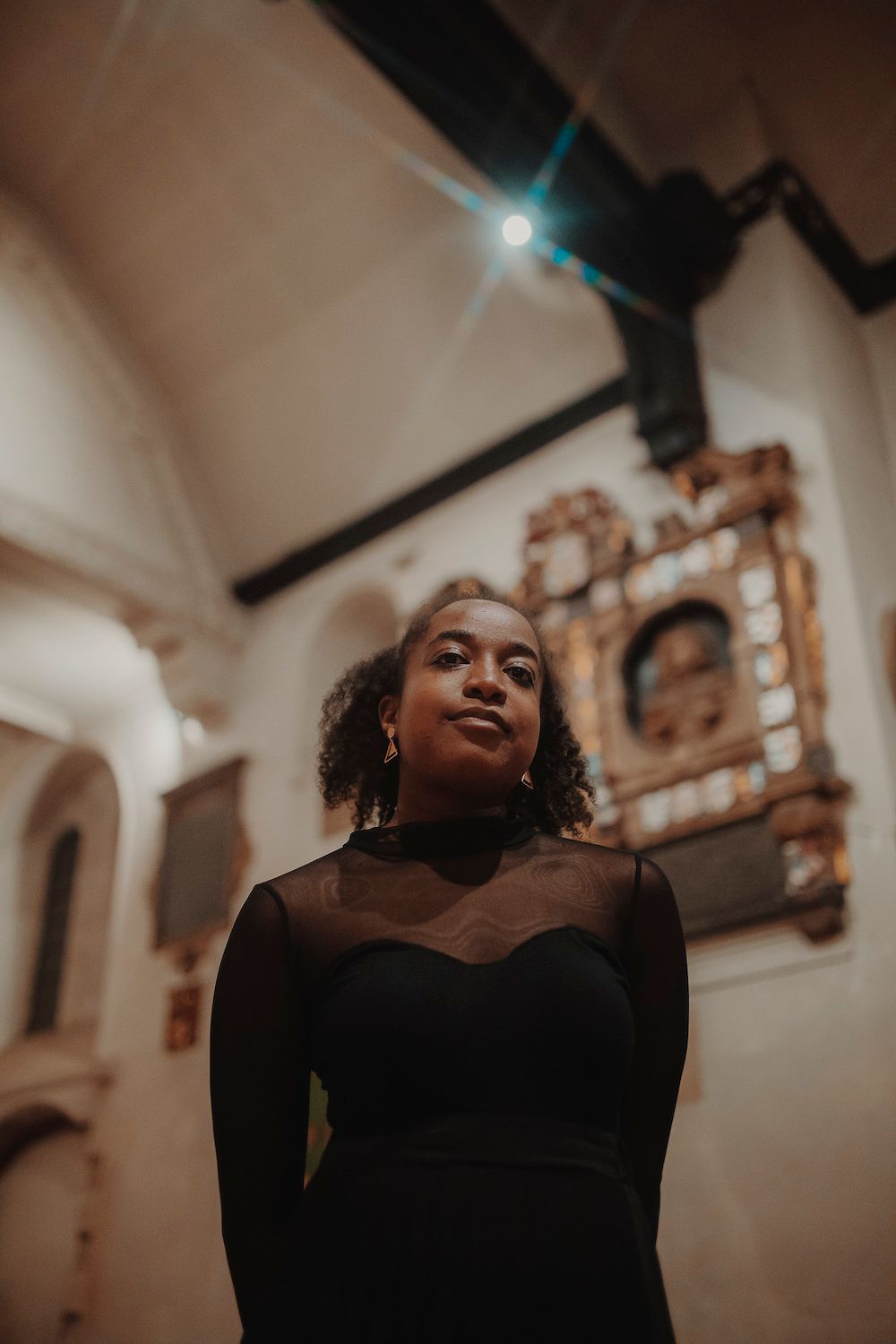 Having such an extensive knowledge of music, it doesn’t come as surprise that Amahla was very young when she first started realising her passion and creating her own music.
‘Music was an embedded part of my life, always playing. I always wanted to make music. I’d rewrite my favourite songs and I remember printing Destiny’s Child lyrics to take to school and sing with my friends, it brought me so much joy. I started writing my own songs around the age of 7, but started writing consistently at about 14 when I picked up the guitar.’
Soon after the release of her EP ‘Consider This‘, Amahla wrote the lyrics to her latest single ‘Apathy‘. The intense lyrics and more ominous tune differs in many aspects from the upbeat songs that fill her EP. She explained to us why she decided to go down this alternative route for her latest release.
‘I wanted my next record to feel darker and let me explore my vocal range more. I was in a really emotional place at the time, everything felt heavy in my personal life, politics and the news. I decided to turn off the news for a couple weeks and realised I felt so much lighter but then it dawned on me that it wasn’t because the issues had gone away, just that I chose to ignore them. Apathy is about that line between needing to protect your mental energy whilst recognising it’s your privilege that lets you do so.’
Amahla’s songs are not just full of catchy and melodic beats, but her lyrics also tell meaningful stories. She explained that she doesn’t rush her song writing process, but rather takes her time so she is certain that her words give a perfect window into how she is feeling at the time.
‘With Apathy I wrote the chords sequence and melody in my bedroom one night then built it slowly over a few weeks. I take my time with lyrics because I really want to hone in on how I express what I’m saying, they often take the longest. The arrangement developed as I solidified the words and changed my original melodies. I was listening to a lot of folk and gospel records at the time and you can definitely hear that inspiration!’
While artists everywhere have been forced to get used to the transition from performing live to performing online, Amahla has taken a different approach. Although she has been uploading content for her fans to enjoy through social media, she has also been holding online songwriting classes for fans and fellow songwriters to enjoy. ‘Yes they’ve been great! It was quite spontaneous, I put up an Insta story asking who wanted to write a song and got way more responses than I expected. Many were fans who were just starting out, some were already working in the industry, so I said I’d be on Zoom every Friday at 7pm and anyone who wanted to jump on to write and learn could do so. It’s been going for over 4 months now and we’ve looked at everyone from Poo Bear (Usher, Justin Bieber) to Dolly Parton. I’ve learnt so much and I get to share what I learn from my experiences in the industry. It’s led by the interests of whoever attends, for the last two weeks we’ve focused on Country music and this week we’re all writing a song to the same 4 chords, it is honestly so much fun!’ 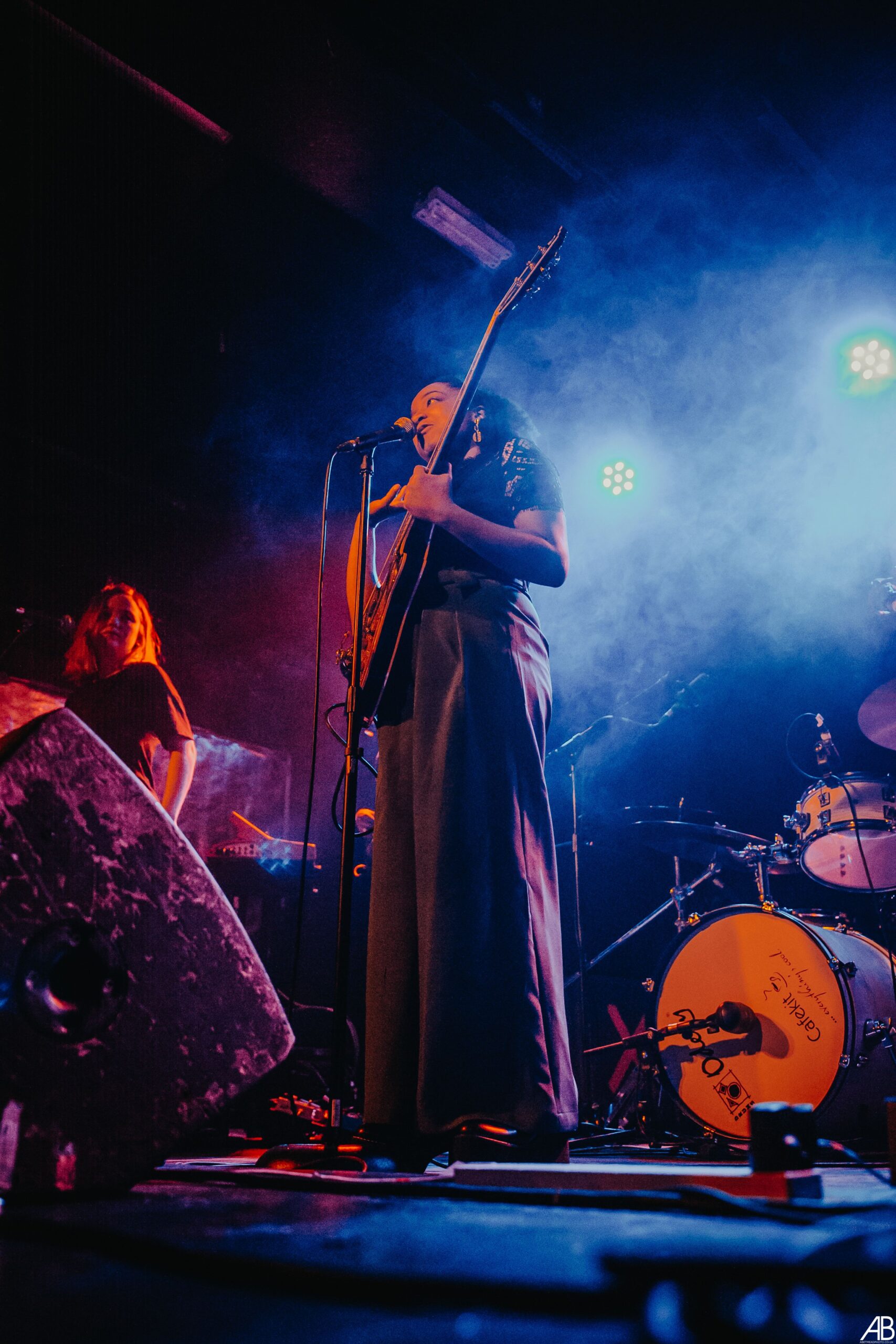 Lockdown has been a confusing and difficult time for most people, and this is not helped by the added pressures to be creative and productive whilst working from home or furloughed. Not only did people feel pressures around them in the physical world, but creatives where often pressured to release new songs, books, art etc. during their time in lockdown. Whilst Amahla has been busy over lockdown with her songwriting classes, she explained that up-keeping her mental health was her top priority.
‘Over the last few months I’ve learnt that prioritising my mental health is key. I don’t put pressure on myself to be productive but I think it’s important to keep creating even if just for me. When lockdown began I didn’t write any songs so instead I kept a diary that helped me express myself and work through my thoughts.’
After being nominated for an Ivor Novello Rising Star Award, Amahla was soon taken under the wing of American guitarist, singer-songwriter, producer, arranger and composer Nile Rodgers. Performing on records that have cumulatively sold more than 500 million units worldwide, and working with the likes of Diana Ross, Daft Punk and David Bowie, Nile Rodgers is unequivocally in the music worlds hall of fame. Amahla gave us an insight into how her mentorship came about, and the advice that has resinated the most with her throughout her time knowing Nile. ‘I had the privilege of being nominated for the first ever Ivor Novello Rising Star Award. The award celebrates the most exciting young songwriters in the UK and Ireland. As part of the nomination all five nominees were allocated mentors, these included Fraser T Smith, Kamille, David Arnold, Anna Meredith and my mentor Nile Rodgers! One thing I picked up immediately is his [Nile Rodger’s] attention to detail.  In the past I’ve felt like I was being annoying when producing and asking engineers to move parts a fraction of a second for example, but he’s shown me that detail is what it takes to make the best possible record. It’s a confidence thing. Also being surrounded by older men in studios, just because other people don’t hear it doesn’t mean you’re incorrect. It’s made me more assertive when producing, if something doesn’t feel right it isn’t.’
Finally Amahla explained to us what she has planned for the future. While this question is a hard one for anyone to answer at the moment, she told us that she has been writing a lot of exciting new music that she is excited to share with her fans. ‘I’ve been writing loads of new songs! I’ve written 5 songs in the last two weeks and they’re some of the best songs I’ve ever written. With this newfound free time I’ve been practicing my craft and it’s exciting to see myself improving. I’ll release some more music before the end of the year and more projects in 2021. Lots more music to come.’
If you want to check out more about Amahla’s songwriting zoom classes follow the link HERE, and you can find more of her soulful melodies HERE.
Sophie Wyatt2020-09-11T16:00:27+00:00