Irish singer-songwriter Shiv on her musical influences, and unique blend of R&B lo-fi and neo-soul

House DJ turned singer-songwriter, Dublin-based Shiv is making her mark on the rising Irish music scene. Since starting to create her own music, Shiv has acquired a loyal fan base which is continuing to grow every day. After the Irish rap scene became more popular over the past 3 years, Shiv is one of the artists that is now paving the way for other genres in the Irish music scene. With a blend of R&B, Lo-fi and Neo-soul, Shiv has created her own blend of genre’s that is uniquely distinctive to her. We got to chat to the flourishing Irish musician about her unique sound which she defines as ‘emotional escapism‘, and what she see’s for the future of the Irish music scene. 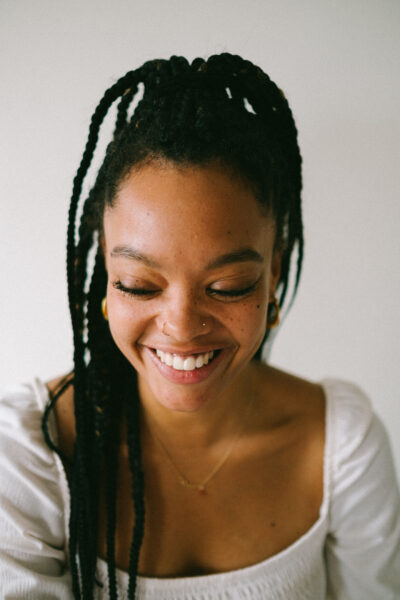 With such a unique blend of several genres, it is no surprise that Shiv grew up on a mixture of music. Born in Zimbabwe and moving to Ireland at the age of five, means Shiv was constantly surrounded by very different sounds and voices. Shiv gave us an insight into her first prominent memories of music growing up.

‘I was raised on a varied musical diet thanks to my dad, who made sure we listened to a healthy mix of soul, rock, reggae, and almost everything in between. My mum taught my sister and I a lot of songs that she would have learnt from her mum growing up, so we often sang in harmony together.’

Although the Irish music scene has been growing and developing exponentially over the past few years, Irish musicians were not always so widely known. With a handful of internationally known artists emerging from the Ireland in the 90’s, Shiv was not left with many Irish artists to listen to whilst growing up. She explained that it was only recently that she started listening to fellow artists from Ireland.

‘I didn’t listen to a great deal of Irish music growing up, the big artists like Sinead O’Connor, The Cranberries and U2 of course, but I only really started actively listening to Irish music in the last 2-3 years. The scene is growing so quickly in so many different directions which is amazing to see. Some Irish artists I’m currently listening to are Aby Coulibaly, Zapho, Monjola, Nealo, Briien, April the list goes onnn!’

Before Shiv started to write and perform her own music, she entered the industry as a DJ. Focusing mainly on DJing house music, it is quite far from her soulful tracks and honest lyricism. She explained to us how this transition came about.

‘I started DJing as a way to be able to explore expressing myself musically, as I thought that being a singer was an unattainable goal. I loved DJing, but singing was always my passion. After writing a song for my sisters’ wedding, I posted it to Youtube and that kind of got the ball rolling. I ended up connecting with management, and started to take singing as a career more seriously.’

While live music events have been put on hold for the foreseeable future, artists are finding creative ways of continuing to allow fans to experience music. In October Shiv performed a virtual gig for Ireland Music Week. She gave us an insight into how it was to perform in what some people are calling the ‘new normal’.

‘It was really cool, but also slightly bizarre. It was strange to not have any energy to buzz off, but it also helped me to just get lost in the songs and the performance, without having the pressure of a crowd in front of me.’

While creatives are trying to embrace this ‘new normal’ way of exhibiting their work, they have also found a lot of anxieties in the pressure to now put out content on social media as well as creating new music. Pressure at any time can be frustrating, but in the middle of an already troubling year, it can push some artists into a creative standstill. We asked Shiv how she has been coping with the new anxieties that have come with performing for a screen rather than an audience.

‘It’s been a weird one, and the screen performances are a bit more nerve racking than the in person ones for me! I guess it’s just because they’re new and will take some getting used to, but they come with the other layer of anxiety of watching people come and go, and seeing people’s reactions and responses to the music live.’

Shiv’s sunsoaked melodic style has grown along with her. Since releasing her first single back in 2019, she has gone on to release several singles and her EP ‘Me 2 Me‘. One of the most popular tracks that she has released is her song ‘Hold Me‘. Shiv gave us a backstory to the track in which she brings her listeners on a journey with her through the trials and tribulations of a young adult finding their way to independence.

‘I wrote this song at a time when I was feeling really overwhelmed, and I think the only cure for that sometimes is a hug from your parents. You know that everything will be fine and you’ve got someone looking out for you through anything. It’s been a track that has brought me so much comfort on light on grey days.’ 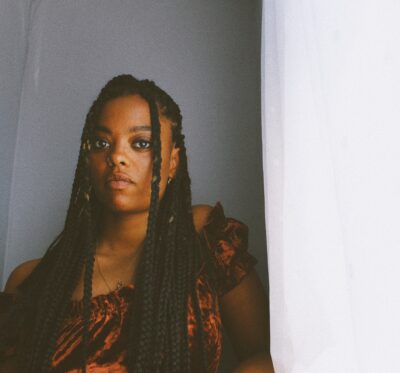 With Irish music continuing to take the world by storm with artists such as Kean Kavanagh, Tolu Makay, Rejie Snow and of course Shiv, it’s clear that the Irish youth are being given more of a chance to voice their stories through music. Overtly truthful lyrics layered over catchy, thoughtful tunes sets Irish musicians apart. Shiv explained to us what she sees happening in the future of the Irish music scene.

‘I think it’s only set to grow bigger and better. The infrastructure for music in Ireland outside of the commercial stuff didn’t really exist up until relatively recently, and that’s down to the early Irish Hip-Hop artists that paved the way for everyone else to realise that there is more to Ireland, to Irish culture and Irish music, than what we had grown up seeing and hearing. I’m so excited to see what comes next for Ireland and watch our little island making a bigger and bigger mark on the world.’

While the future is still very hard to predict in any aspect, live music events are one thing we know are not returning to the way we once knew them any time soon. However, Shiv explained that she still has a lot to look forward to in the new year, and is looking towards the future of her music.

‘Next step is an album for sure, and I’m hoping to get stuck into some collabs as well. Being self sufficient is great, but I really think that the only way to grow musically is to bounce ideas off other people, and learn from people who know way more than I do.’

Head over to Shiv’s Spotify page now to hear more of her soulful, melodic tracks!