Over the past few years there has been a rise of female artists emerging who have been using social media to promote their self-love inspired work. We got the chance to talk to Dutch ceramic artist Anne-Fleur Kan, about her empowering pieces and her opinions on feminism and hormonal contraception.

After graduating University with a bachelor degree in music, Kan realised that music was not the route she wanted to go down. It was while she was deciding what to do with her life that she came across the idea of pottery.

‘I had no idea what I wanted to do instead. So I decided to think about what kinds of things had always made me happy and I thought of ceramics. Like, when I was 16 I owned 3 complete tea sets, as well as about 50 cups and saucers and mugs, all of which I was never using.. having them just made me super happy. It took me another 2 years to finally try out pottery, but when I did it was instant love.’

We also discussed how social media has helped as a platform for not only her work but also her mental health. Although there are certain faults within content shared on social media apps such as Instagram, these apps also create communities for artists and influencers in which they can share and profit from their work, as well as spreading the idea of self-love. Kan told us about how she over-came eating disorders developed at a young age, and how these disorders have effected how she uses social media currently.

‘I started out on the internet with a blog on which I wrote whatever was on my mind at the moment; silly stuff, but also mental health things, hopes, dreams, anything. So for me Instagram was a way to express my daily feelings and thoughts, just like it was with my blog. Whatever is on my mind at the moment will probably end up on my instagram. I do love that there is such a community not only in feminist ceramics, but also in the self love community. 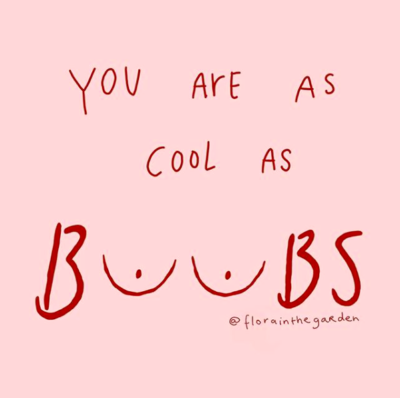 I must say I think I’m in kind of a bubble when it comes to this.. since I only follow people and brands that are inclusive of all kinds of bodies. Though I think it can always be more and be better, and I really think it needs to start with artists and people themselves. I love the folks that put up pictures of themselves with belly rolls, body hair, stuff like that, because it makes me feel I’m okay too. Cause even though I’ve recovered it’s still hard, and also for people who’ve never suffered an ED, right? And If it has that kind of effect on me it must have the same effect on others. So yes, we always need more art to promote self-love and inclusivity.’

Female birth-control has been a controversial subject within society, over the past year especially. In 2019 a large number of women came forward to talk about the life-altering side effects they experienced from taking the hormonal contraceptive pill Rigevidon. A lot of Kan’s work is inspired by the female cycle, and she explained to us how she is using her art to try and normalise the natural female function.

‘I became obsessed with the female cycle when I wanted a non-hormonal contraceptive, and anything that I obsess over will show up in whatever I do at that moment. Also I loved the idea of normalising periods and period blood.

I believe every woman knows her own body the best, so it’s great there are so many choices in contraceptives. But the thing is, we don’t get a lot of information about possible side effects Also women tend to get the pill pushed into their hands the moment they have their first period, which means some women will get horrible mental health symptoms that are caused by the pill, but because they’ve been on the pill since forever they won’t suspect that’s the reason of it. I’m a big supporter of spreading more knowledge on how our bodies work, I mean most women don’t even know when their luteal phase is or stuff like that.

I’ve been using the sympto-thermal method for almost 6 years now, with success, and people still seem to think it’s not reliable at all. Well while it’s a big responsibility to use safely as a contraceptive, most people that think it’s unreliable simply do not know how women’s bodies work.’

Kan also briefly but brilliantly summed up her thoughts on feminism.

‘It’s difficult to put into words, especially in English as well, but if I have to try, feminism for me, means taking responsibility, educating and being totally fucking honest with yourself. It also means community, feeling a great sense of love and shared purpose.’

If you want to check out more of Anne-Fleur’s work head over to her Instagram page @florainthegarden.