In conversation with Kate Bond

When Kate and I join our Zoom call, it’s actually the first time we’ve met each other face to face, even if it is through the four corners of my laptop. Ironically, we already follow each other on Instagram and she lives with my younger sister, Eva. It’s because of this that I feel like I already know Kate by the time we meet. My sister even forewarned me that Kate was worried she would just spend our conversation chatting shit, but I knew from this remark that we’d have an easily flowing conversation, despite the imminent connection delays due to my awful WiFi. Kate has a thick yet endearing Bradford accent and immediately presents herself as, most importantly, very funny, with quite a dry sense of humour. The more I speak to her the more infectious her smile and laughter becomes. She’s also happy to chat about pretty much anything – a writer’s dream. 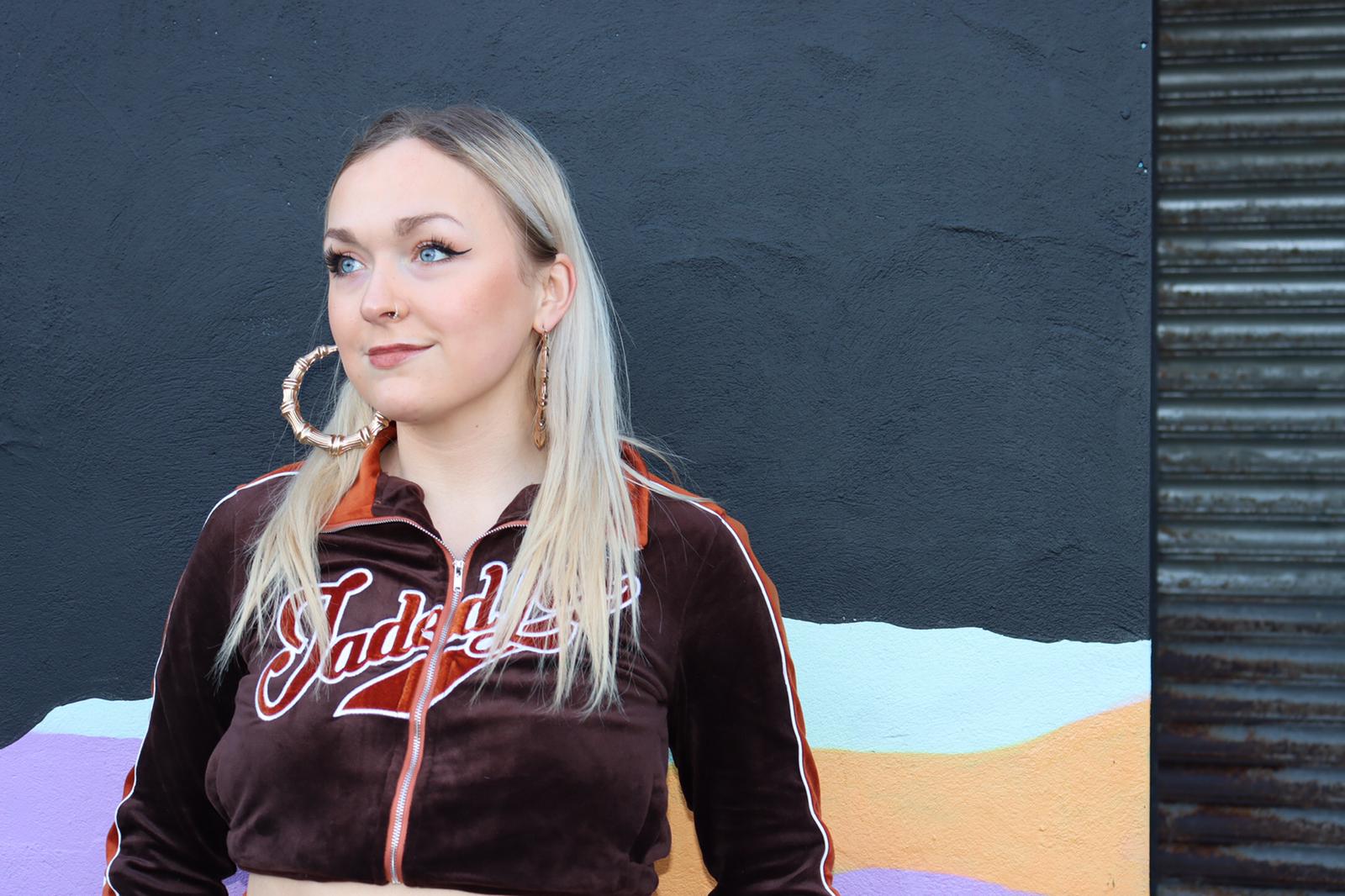 Having spent the last three years at Newcastle University studying Politics and Spanish, Kate’s dedicated most of her time to breaking into the North East music scene. Drawing influence from her parents, Kate found a love of both punk rock from her mum, a ‘hippy feminist‘, and soulful blues from her dad. Despite being in an indie rock band for a brief stint before university, (which is when Kate decided to learn how to play guitar and write her own music), Kate became inspired by artists such as Joy Crookes and Noname, leaning more towards her dad’s tastes. Her mellow neo-soul and R&B sound is lyrically beautiful, which in combination with her deep vocal tone, means you’ll know when you’re listening to Kate Bond. Kate listens to lyrics more than she does the music itself and finds them to be the centrepiece of a successful song. Allowing her to draw on past experiences and turn it into an effective form of expression, she finds it mentally straining when a song is released. As a writer I can relate to that, as words allow you to give a deeply delicate and personal piece of yourself to the world.

This year Kate has been played on BBC Radio 1 and BBC Introducing North East, for her debut single release, Beauty Sleep. Produced and created by an all-women ensemble, Beauty Sleep is a feminist-anthem, which Kate plainly described as her ‘just being rude to men, really.’ After having so many open conversations with women around her, and noting the stand-out statistics of women facing sexual harassment this year (97% of women have been sexually harassed in their lifetime), this song was a calling. Divinely timed with more recent events – the tragic loss of Sarah Everard, the growing impact of the #MeToo movement and Kill the Bill Protests, Beauty Sleep is one for the girls, made by girls.

The all-women ensemble, and especially having a woman as a producer, was crucial for Kate. Having experienced first-hand the misogyny within the male-dominated music industry, and considering the lyrics of Beauty Sleep, it was a more empowering experience to not have any men in the room. When I asked if she felt that male producers took her seriously as a musician, she said sometimes, but most of them would ‘want more‘. Why can a woman not be good at her job or her craft without a man trying it on and simply giving her the respect she deserves? As Kate says in Beauty Sleep, ‘check your audacity before you come for me.’

When Beauty Sleep was played on Gemma Bradley’s show on BBC Radio 1, it came at a perfect time for Kate. Creating the music video should have been a highlight of the year so far, yet at the time Kate was back and forth from Newcastle to her family home in Bradford, where her dad was facing health issues. Tackling this, while simultaneously launching her career as a musician, made the whole experience humbling.

Kate mentions wanting to become famous, not so much for the fame itself, but so she can make music everyday. As I find myself looking upon fame with an incredibly cynical view, I ask how she thinks she’d deal with the constant stream of attention – the inevitable byproducts of being a successful musician in the public eye. Her attitude towards it is both assured and encouraging, matching her very light-hearted and bubbly charisma. Kate and I have both struggled with eating disorders and body image issues in the past, and I wonder how she would find the aesthetic side of fame, the glamorous or the dirty side of it, depending on your viewpoint – the images, the red carpets, the fittings. Kate is fully recovered from her ED and wants women to feel confident in what they have. ‘Don’t we have bigger things to worry about than a stomach pouch?! I could have a flat stomach, but I’d be in pain, and very unhappy.’ Having grown to accept her body in all its glory as she gets older, I get the vibe that Kate would cope with fame very well and disseminate an empowering message to young women: smash the patriarchy.

Retaining some sort of optimism but also realism towards hard work, Kate is well aware of the current challenges facing making it in music – for example, the impact of TikTok on the music industry is a real issue concerning artists in the North East. Singers and musicians on TikTok can go viral in an instant, putting pressure on artists putting in the graft for years on end. Not only this, but being a woman in the music industry has more challenges in itself, and Kate feels that women have to work twice as hard as men to get their voice heard. I feel as though change is coming as we’re seeing an influx of extremely talented female British and global artists. As Celeste, Little Simz, Cleo Sol and more represent women across the UK, now is the time to get inspired and support them. For Kate, she’s focusing on growing her following, playing as many gigs as possible and is planning on releasing two songs in the near future. I ask her if she’ll ever give up trying to make it big-time, to which she responds ‘probably not, something’s gotta happen sooner or later.’ Glastonbury of course is her major dream, alongside doing her own Tiny Desk concert and a COLOURS show.

And if we’ve learned anything over the last year or so, it’s that life is too short and precious to be doing something you hate. Kate, don’t forget me when you make it.

Head over to Kate Bond’s Spotify page to hear her track ‘Beauty Sleep‘.