After growing up together and finding mutual frustration in the lack of career guidance available to them at the most vital times in their young lives, Emma-Louise Boynton and Elspeth Merry teamed up to create a platform with the aim of providing help where needed most. And thus, Her Hustle was born. Her Hustle is a community that offers it’s members and followers seminars (now turned webinars due to covid), full of inspirational guests, helpful advice and creative suggestions on how to be the best female boss you can be. We got the chance to speak to Emma-Louise Boynton, one half of the fabulous female duo about their own role models, adapting to the switch between seminars and webinars, and how the drastic rise in the unemployment of young women has affected Her Hustle as a brand.

Both growing up in South-East London, Emma-Louise explained to us that it was only a matter of time before the two started bumping into each other at the same events. Forming a friendship and then later finding they faced the same frustration at lack of career advice, the two created a bond that would not only see the growth of their friendship, but also of Her Hustle.

‘We’ve actually known one another since we were 13, which is crazy because that feels like such a long time now. We both grew up in South-East London and got to know one another by virtue of ending up at the same gigs, chasing the same boys in bands. We went to different schools and then different universities, but stayed in touch as we matured from angsty teens into existentially ponderous adults. We started Her Hustle last year (2019) as a live-event series and now, obviously, we have #pivoted thanks to #rona. Imagine if we’d known then what we know now in 2020….!‘ 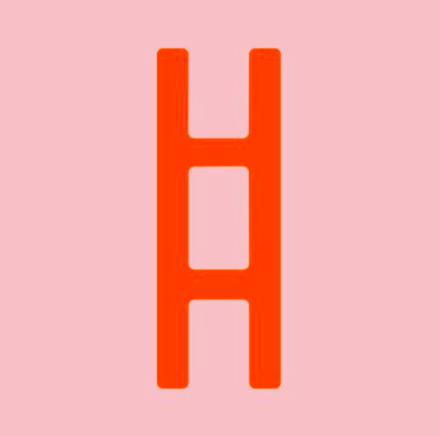 As previously said, Her Hustle was born out of sheer exasperation at the missing guidance that would have helped so much when entering the world of work. Emma-Louise gave us a more detailed insight into how the career driven platform began.

‘The idea for Her Hustle was born from a mutual frustration at how poor career advice was at a time in our lives when we felt we needed good guidance most (our mid-twenties). Elspeth was working in the music industry and I was in broadcast journalism, and both us felt that most of the decisions we’d made in our respective careers up to that point had happened off the back of quite serendipitously acquired advice, over a coffee-meet-up or bump in with someone we admired. We decided we wanted to create a platform that would collect and curate work-life advice from brilliant women we admire, at all different stages of their career (not just those at the top, from whom we do often hear). I like to think of Her Hustle as an ever-growing treasure-trove of career-pearls-of-wisdom, democratising access to the sort of work-life insight and advice we should all be getting from day dot.’

Working with such inspirational and widely successful women (as well as carrying these qualities themselves of course), it may be hard to pin-point who or what has inspired them the most throughout their journey with Her Hustle. However, we asked Emma-Louise if she had a specific role model, or (more likely), a handful of them.

‘Oh my gosh I have so many role models. I am totally fascinated by the minutiae of other people’s lives, literally down to their morning routines and what they eat for dinner. From a journalistic perspective, I really admire Emma Barnett because she’s steered such an impressive path for herself within the media-world and is a ferocious interviewer. She’s also about to take on my dream job – presenting Woman’s Hour. I’ve also been really inspired by my friend Clementine Burton-Hill, who I met in a hairdresser in New York years ago. She was the original multi-hyphenate, with more strings to her bow than anyone I know. When I read that she’d suffered a brain haemorrhage earlier this year my heart broke. Proof that terrible things happen to really good people. From a business perspective I am continually learning from my friend Sharmadean Reid, founder of Beautystack, whose work-life philosophy I really admire, chiefly her ‘just do it! Everything is an experiment!’ mentality. She never stalls. Then I couldn’t not mention my ultimate idol: Nigella Lawson. No explanation needed.’

Although Emma-Louise explained to us that the goals that they originally set out to achieve have remained the same, the platform itself has been a pleasure to watch develop. Although the social aspects of their wonderfully inviting seminars have been hindered in this incredibly dubious year, the pair have strived on by adapting to their current climate. While the layout may have changed, the outcome aims remain the same.

‘Our goal for Her Hustle has remained pretty much the same: provide work-life insight and inspiration to young women in order to help them build careers they love, combining purpose, passion and a big fat pay check. How we approach achieving this has obviously evolved and adapted to these *unprecedented* times, and we’re focusing more on the personal, as well as the professional side of things now. But, ultimately, we’re still shooting for that same north star.’ 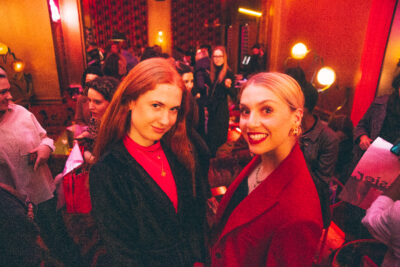 From interviews with women such as Kate Hamilton (founder of marketing agency Sonder and Tell), and sustainable fashion designer Bethany Williams, to chats with (past Haste interviewees and) supper club queens Mam Sham, Her Hustle‘s seminars/webinars provide a range of diverse women in a equally diverse career paths. We asked Emma-Louise how they came about these incredible women in order to add them to their ever growing roster of inspiring interviewees.

This year has really been a struggle for everyone, including the people that have been confined to the ‘working from home’ status. What may have started out for some as a welcome break from office life, has ended as a mixture of boredom, too many coffee’s being made from said boredom, and crippling back pain from attempting to work from the ‘comfort’ of bed. However, it is thanks to the continued creativity of brands like Her Hustle that some of us are keeping our sanity in tact. Moving from in person seminars around London to online webinars, the pair have continued to not only bring us fabulous looks but also their amazing standard of informative and captivating interviews.

‘It was a big change at first but I actually found the ability for people to respond on the Zoom chat, and effectively join the conversation, a really positive addition to our interviews. I was nervous that the webinars would lack the sense of community and connectivity that we always loved at our IRL events, but people have been super chatty and asked even more  questions than before, so it’s been great. I do miss live events though, nothing beats the buzz of a big crowded room filled with brilliant women, all eager to meet and learn from one another.’

With so many amazing guest speakers, from such a broad range of job sectors, it’s hard for any of us to choose our favourites let alone the two people running the seminars. After putting so much time and research into finding the right guest speakers for each events theme, it’s not surprising that Emma-Louise found it incredibly difficult, and more or less impossible to choose a favourite guest.

‘All our webinar guests have been brilliant, and I’m not just saying that, they really have been. We have such a range of different women join us, which means we get to learn from so many different women about what they do and ‘how they hustle’ (gotta pitch!). Regardless of whether someone is in your industry or not, you can learn such a lot from how someone works, how they approach designing their career, what habits and practices they’ve cultivated to do what they do… that’s why it’s so important for us to hear from such a variety of speakers.’

Unfortunately 2020 has not only seen the health of uncountable numbers of people deteriorate, but also the collapse of some industries, meaning inevitably the loss of jobs. With thousands of people losing their jobs this year, more and more people are turning to platforms like Her Hustle to give them some kind of guidance in the world of work. Young women are statistically the most affected category of people in losing their jobs this year, and Her Hustle is doing everything within their power to not only give advice, but also create a safe space to connect with other like-minded people and find a place to talk freely about their situation.

‘Ultimately, I think it has made what we’re doing more important than ever. The loss of jobs this year has been devastating, and this now-constant state of uncertainty is so unsettling. But having a consistent support network, a source of inspiration and work-life advice, a place you can come to chat to others, share ideas and perhaps collaborate, is key to keeping your head above water. That’s what we’re providing with our new membership programme, which we created in reaction to first lockdown but which will remain a core part of what we do going forwards.’

While the future for events of any kind with a large audience is hard to predict, the two creators of Her Hustle are still planning for the growth of the platform. Emma-Louise explained that they have a lot up their sleeve and they are excited for a future that (while still somewhat uncertain) holds a lot of promise for the growing brand.

‘The future holds a lot! We’re currently working on a new video series that we’re hoping to start recording in early December. This will comprise our usual ‘how-to’ style interviews, while drawing on what our guests have learned, and what they’ll leave behind in 2020. We’re restructuring our membership offering at the moment, which will launch properly next month, and then heading into 2021 we hope that sooner, rather than later we can begin doing live events again. God knows we could all do with a bloody good party (with some helpful career advice thrown in for good measure!).’

Check out Her Hustle‘s Instagram page to get the latest update, and head over to their website to sign up to their newsletter, join their membership or hear more about their upcoming events!