Born and raised in Hackney, singer-songwriter Mychelle is taking the emerging music scene by storm. First picked up by Idris Elba’s label whilst busking in the underground, the young artist has stormed her way into the headphones of thousands within her time in the industry. We were lucky enough to catch Mychelle before her headline show at the Lexington, London, to discuss her latest work with fellow artist ENNY and her latest body of work, ‘Someone Who Knows’. 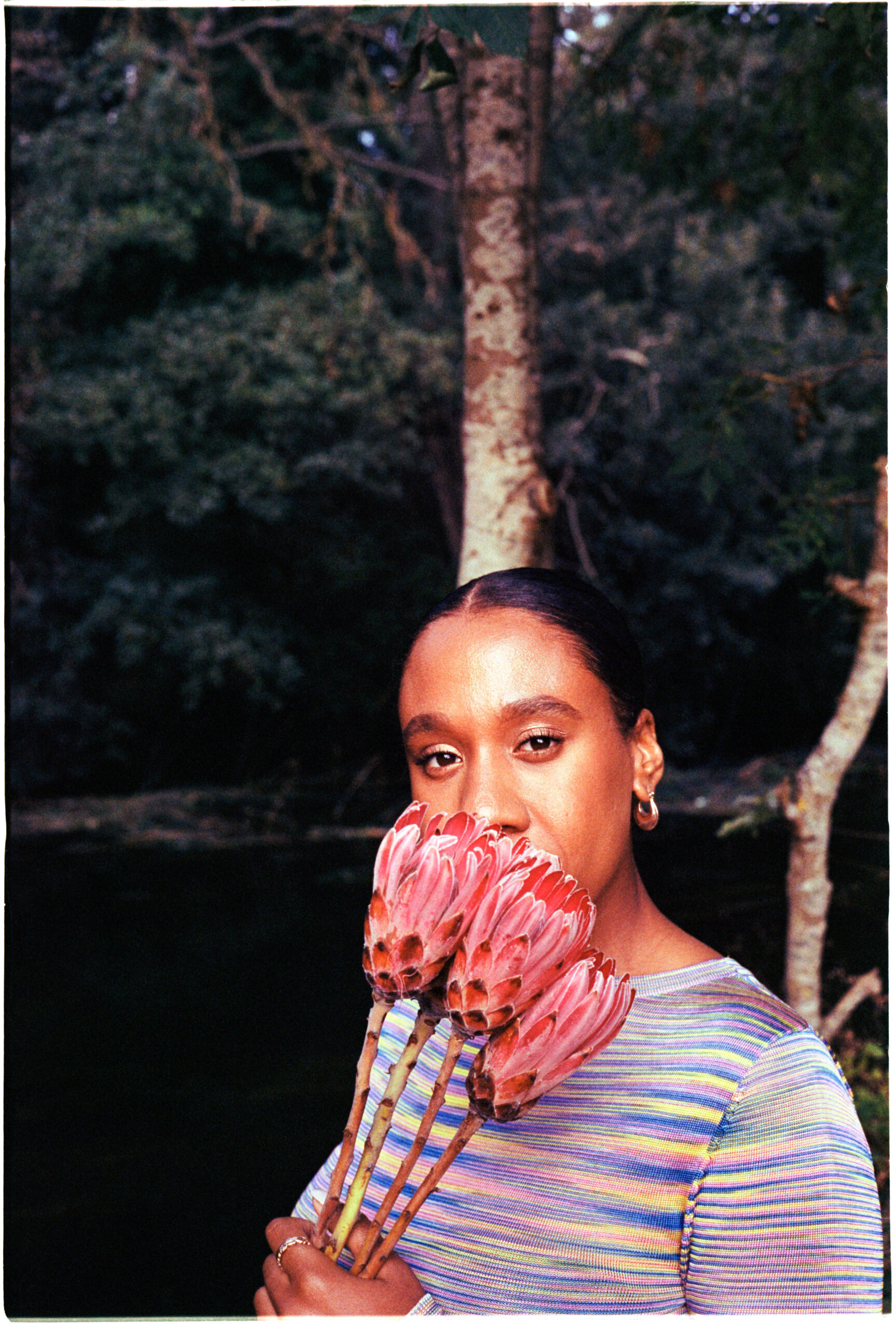 After being spotted by Idris Elba’s label whilst busking in the London underground, Mychelle’s career in music began. She explained to us how this came about and the emotions she felt as her dream was elevated.

‘So, I was busking in the underground and someone from his label saw me, and she reached out on Instagram. I went down to the office and he just so happened to be there. He did know about me through her, but he happened to be in the building at that time. Which is crazy, because if you think about all the things he could’ve been doing in the world, he just happened to be there. They liked my music and invited me to be on a song on the Yardie Mixtape. I had a session a few weeks later and recorded it – it was really great, he was really nice. It’s crazy how it all came around from busking.’

One of Mychelle’s latest, and most popular tracks is ‘Forbidden Fruit’, featuring South-London songstress ENNY. The track really opens up a new door for Mychelle’s music. Blending her moving, soulful voice with ENNY’s upbeat, innovative lyrics bring the track to life in a way that has really excited Mychelle’s fans on a new level.

‘It was so great working with ENNY on that song. Even working with her on the shoot, it was like we were in our own little bubble having fun. Even producing it, I wasn’t sure where it would go. Sometimes its hard to develop songs like that because I’m so used to hearing it acoustic. I fell in love with that song all over again during that session. I would just skip to ENNY’s verse to hear the change in the music,’ she laughed.

Mychelle’s sound has certainly developed over her time in the music industry. Her vulnerable lyrics have continued to invite people in whilst also providing moving tracks which have progressed into more upbeat soulful sounds. We wanted to know exactly what her music means to her, as well as the emotions she felt whilst releasing her latest EP ‘Someone Who Knows’.

‘I don’t know, I kind of just go with the flow. I like listening to loads of different types of music, so I feel like naturally it influences what I write. Even the melodies and my vocals may be similar to a guitar in another piece that I like. I just enjoy singing a lot.

I definitely had a little bit of vulnerable feeling when releasing the EP. I perform the tracks a lot before they’re out so in my head they kind of already are. So, by the time they’re released it’s not such a scary thing. What is is that people could just keep replaying it. It’s the fact that someone could listen to the song and go back and pause it at any bit and break it down. At the same time it’s nice, because it’s like I’m giving something to people. I’ve been singing for so long, it’s exciting to have new music coming out.’

Finally, we asked Mychelle to look towards the future. The singer explained that there are many different avenues she plans on following within the progression of her music. While her body of work already encapsulates a variety of sounds, we look forward to seeing where she goes next with her music.

‘I just want to continue making different types of music. There’s a feeling when you write a song that you really love and appreciate. I want to be able to keep leaving sessions where I feel like that. I want to keep enjoying making music, which is what I have felt during these two projects.

I’m performing at Boardmasters, which will be fun. I’m supporting George Ezra in the summer, which will be amazing. Which is also down the road from my house, so my neighbours can hear me singing.’

Head over to Mychelle’s Spotify page to hear more of her music, including her latest project ‘Someone Who Knows‘.