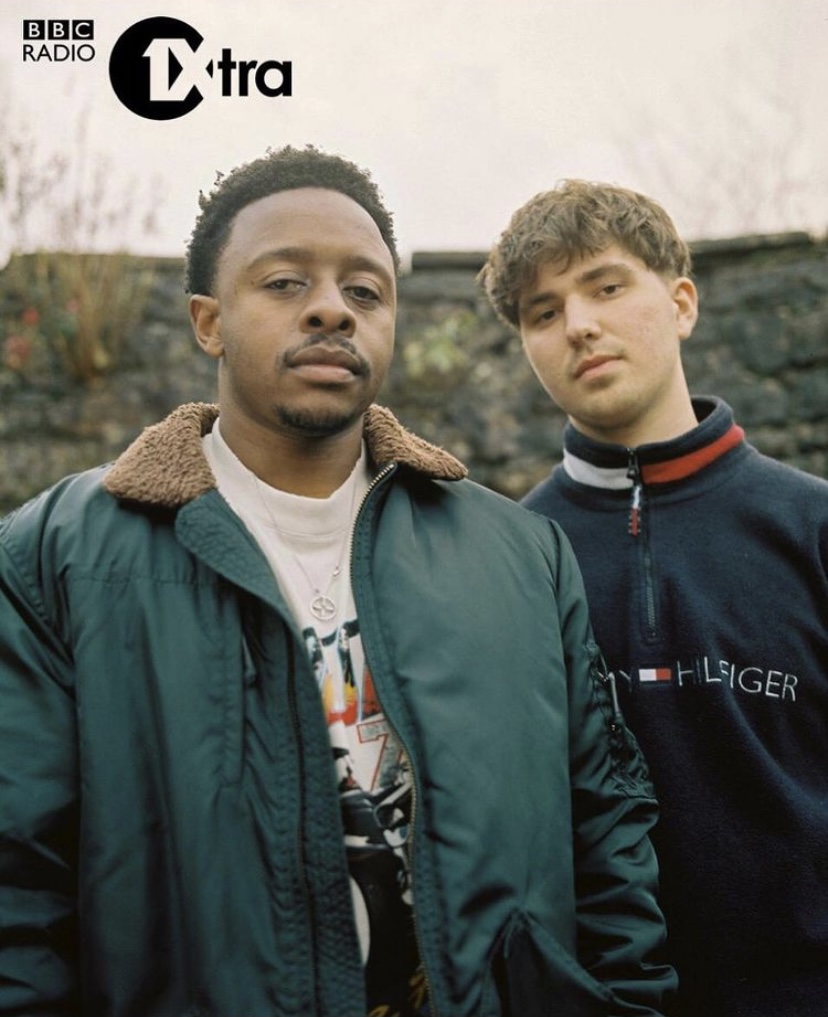 Dom Porter and Violet Jones, a UK-based duo, released their quarantine baby and first joint EP ‘Seasons’ earlier this year. We sat down with them, virtually of course, to get to know the men behind the magic. Dom, born in Wales and raised in the Lake District where there was little more than ‘vast green landscapes with very few people‘, and Violet who grew up in West London, met last April through social media.

‘I did a gig for Xuuki, the collective that Violet is part of, with Mercy’s Cartel” (a long-term collaborator of Dom’s and another artist to watch) ‘After the gig I followed their group instagram account, and saw Violet’s work, so I checked out his stuff. I was commenting and all sorts! Then he messaged me during lockdown in April and we started making music‘.

Violet recalls Dom’s fan girl comments fondly, their obvious kinship burning bright even over zoom: ‘He included a lot of x’s and o’s if I remember rightly’, which Dom strongly denies. ‘The whole thing started off literally with one idea and some pack beats. We worked on that, then one song became five, and now there’s even more on the way‘.

Since the project was born and bred in quarantine, we wanted to understand the process of creating music when you’ve never even met the person you’re working with. Dom, a self-proclaimed lover of collaboration, spoke about how it was quite difficult to begin with: ‘That sense of collaboration can feel lost when you’re sitting on your own, sending ideas back and forth over the internet. The process was essentially, sending beats for Violet to sing top lines on, followed by sending ideas back and forth‘. However, with the break in lockdown over the summer, the two got to meet up and polish the remaining songs on the EP, ‘we had a week-long session where we basically just finished everything. A lot of the ideas were about 80 or 90% finished but some songs, like the interlude were written and produced in their entirety during that week‘.

Violet echoes Dom’s complaints about collaborating during lockdown, but spoke about how privileged he felt to be able to do it at all: ‘I knew that there’s other people out there that just don’t have the ability or the funds to be able to buy the equipment to do it at home. So, when I was sending things back and forth to Dom, I was happy because I felt like I had something to do‘. Plus, the two may never have worked together if it weren’t for the pandemic. 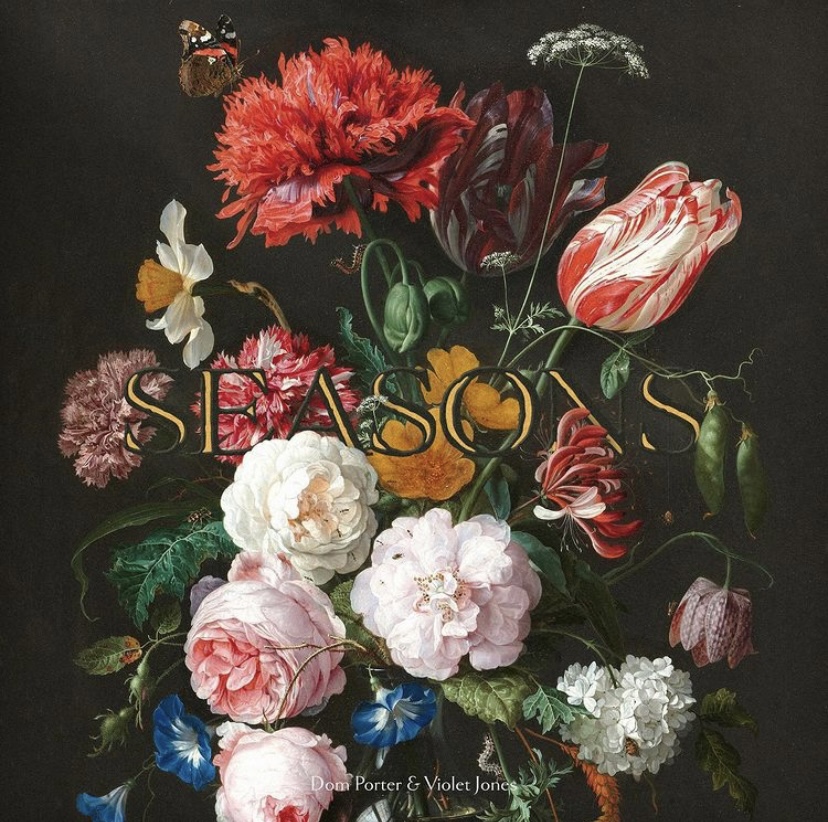 If you haven’t heard their EP ‘Seasons’ already, we strongly suggest you do so now. The smooth vocals provided by Violet, on top of well mastered beats by Dom is such a vibe, and carried through it is a kind of personal signature. There’s something very particular with each of the songs, a distinct style, which I tried to have Dom and Violet nail down in a few words – it took them a few moments to gather their thoughts.

‘Genre-wise I would have to say it’s like alternative indie R&B. My aim as a producer and as an artist‘, says Dom, ‘is to get to a point where you could hear my production and be like, ‘I know who made this’. There are so many producers that will use that tags like, ‘oh, [blank] on the beat’ and I want to prove that you can get to a point where people who are fans of the music would hear it come on the radio and know that it’s my song. But speaking of style, when creating the EP we tried to create a soundscape so that it would sound cohesive and together, without all the songs sounding the same‘.

Violet agreed with Dom’s classification of their EP as alternative indie R&B and spoke briefly about their influences: ‘we both have completely different musical backgrounds. I grew up predominantly on hip hop and R&B, typically 90s, whereas Dom comes from an indie electronic community, so the two worlds collide a little bit in the EP‘. The two also mentioned artists like James Blake, Frank Ocean, Sampha and Solange in their long list of inspirations. 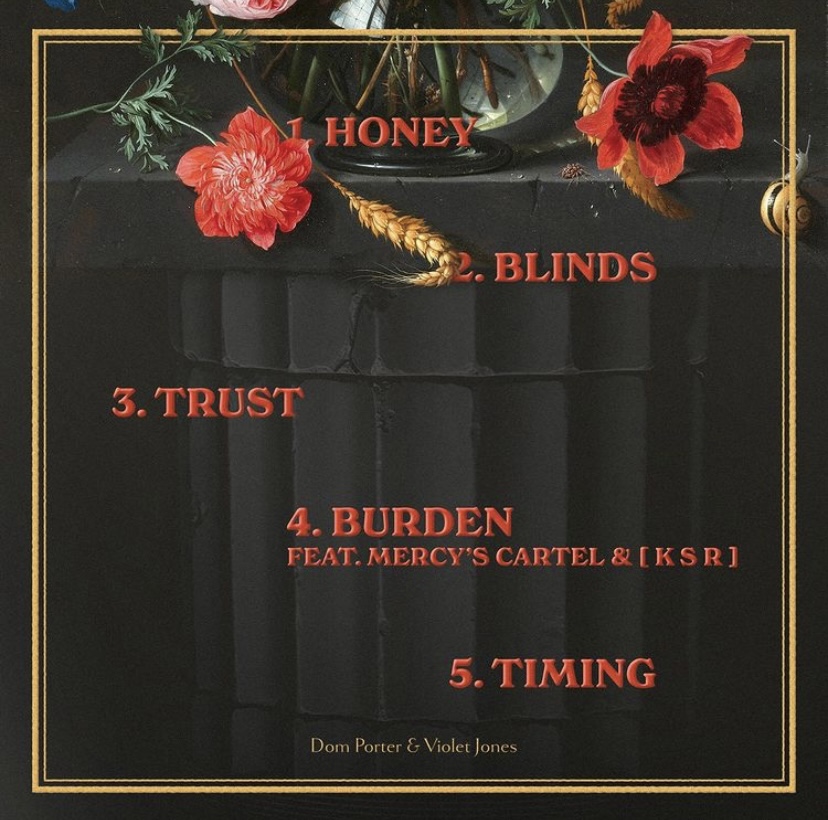 To mix things up a little we tried to convince the two to pick their favourite song on ‘Seasons’. Dom stated his without hesitation, but Violet had a little more trouble.

‘I have to say ‘Trust’ because we made it together in person and had the most fun making it. I feel like it shows everything that we wanted to do and combined all of my inspirations in one track‘. Violet, on the other hand, exclaimed ‘you can’t do that to me!‘, and likened the question to asking him to pick his favourite child, which is pretty endearing.

With the EP only just being released, the two are obviously keen to keep working together, as they mentioned more songs and future projects throughout the entire interview. One such project is their involvement with FUZE Bristol, the UK’s largest student run collective of creatives that raises money for charity every year. Dom and Violet had been brought on as a duo to create some music for the final showcase. ‘It’s nice to be able to contribute our talents to a good cause’, Violet said, ‘I think that was our main attraction to the whole event: knowing that the art we contributed is going to help people. I’m definitely excited and massively appreciative of the platform’.

Dom has also been given the opportunity to work with a couple other musicians in FUZE as well: ‘I produced something with an amazing singer, Alessia, that was like kind of a dancehall track and then did a Beyonce song with singer Laura, which is just a completely different vibe. It’s been great fun working with a wide variety of musicians in different genres’.

If you are in the Bristol area this summer, you could have the opportunity to hear their music at FUZE Bristol’s final showcase – until then, listen to their EP ‘Seasons’ on Spotify now!

The two are still working on more music together, so keep your eyes pealed on their socials: @violetjonesjones and @domporter.