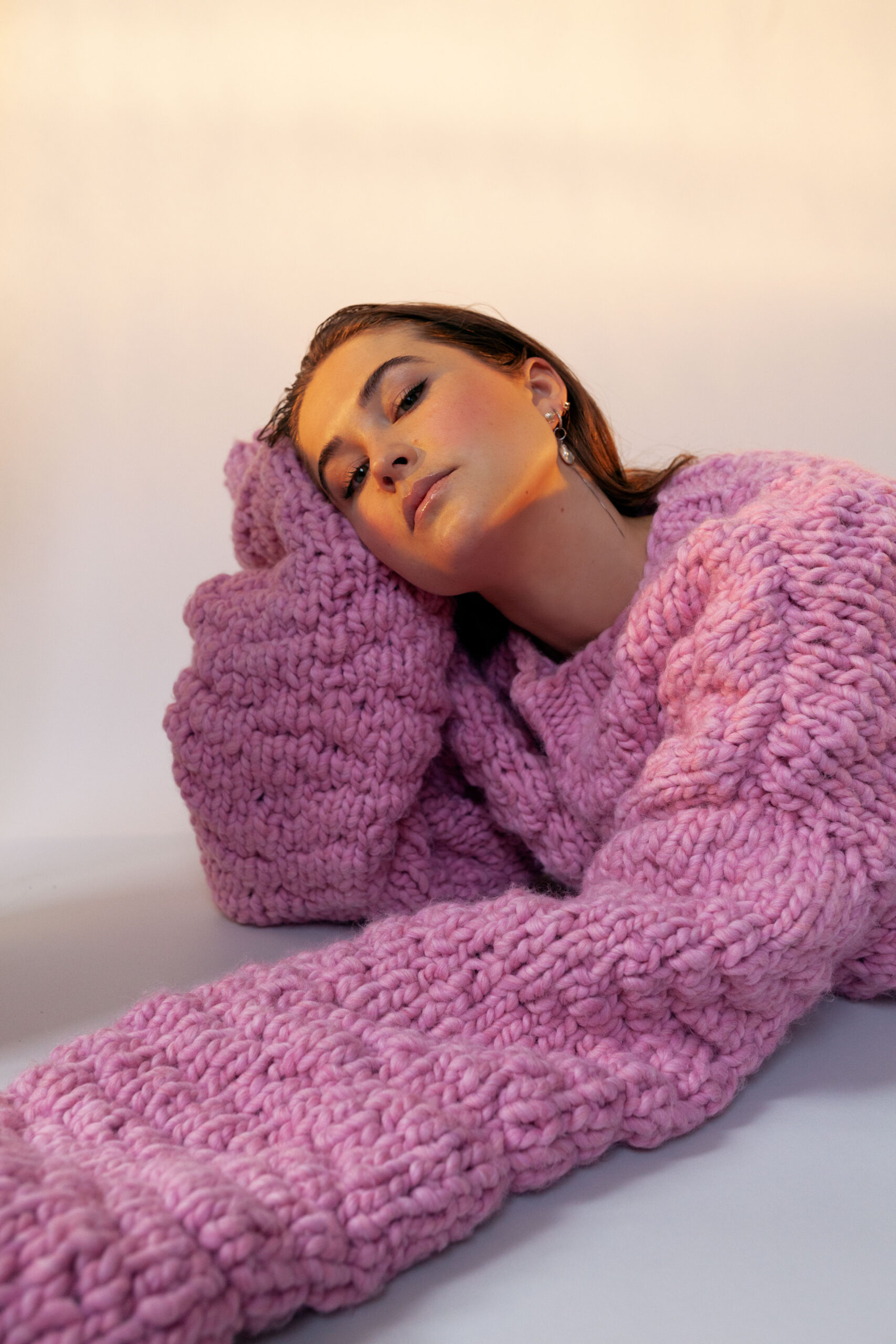 Danish-born but London-based Amalie Bryde is making a name for herself and her creative work with her unique blend of neo-soul, R&B and jazz. From music to dancing to producing to making sustainable merch, Amalie really does have a million and one tricks up her sleeve. But performing is what truly lies in her heart. We caught up with the flourishing singer-songwriter to discuss her brand new EP ‘Lay Down’, consciously moving away from the Denmark music scene and the future of her unique and instantly recognisable music.

Starting at the beginning, Amalie took us with her as she travelled down memory lane. Although she grew up in a small town in Denmark, Amalie was well accustomed to the world of stardom whilst growing up. Idolising pop stars such as Britney Spears and Shakira meant that Amalie’s dreams of performing were kicked off very early on. She also explained to us that her love for performing was there from the start and it wasn’t long before she started turning her dream into a reality.

‘Dancing with my mum. My mum was teaching aerobics so she would do these routines, and I always remember wanting to go with her to class. So in terms of music, it was definitely through movement that my love for music started. And then when I went to primary school music was such a huge element. We had to learn every instrument and we were in choirs and we would sing every morning. I remember I entered a singing competition in my city, and that’s when the performer came to life. My mum and me made a dance routine together, I was acting like I was Britney Spears. I participated twice and won two years in a row. So I realised that I was good at it, but also that it was everything to me.

I’m a performer, that’s really who I am. Eventually I became a producer and I learnt instruments, I started writing my own songs and then I started dancing professionally. So I’ve incorporated all that into who I am today.‘

When asked how she would describe her music outside the constraints of ‘genre’, Amalie replied, ‘My songs, on some level, are very reflective. I hope that somehow it can create an internal dialogue within yourself or with other people.‘ Which made the next part of our conversation even more telling. Amalie started to describe the music scene in her home country Denmark. Although Amalie’s love for music started at such a young age, it wasn’t until she moved to London that she was met with the same enthusiasm for the art that she has always held so dear.

‘The music scene for me in Denmark is very much like… you put it in your mouth and you spit it out. It sounds harsh but I think competition is good, there’s nothing wrong with that, but it’s a lot of instant fame, money, investment, it’s pure industry. There are not many venues, small stages, open-mic. It’s hard being independent because you have to get a deal. So the reason I moved to London was the music scene. I’m into R&B, soul, jazz. Jazz is for the old men in Denmark, there isn’t really any neo-soul. I moved because I wasn’t an artist, I didn’t behave as an artist. I was a copycat, I tried to do things that would make me likeable instead of just being me and enjoying the journey. So when I moved here I just went to loads of open-mics and met people and just jammed and enjoyed music as a part of who we are. Not because we need the fame. It’s great to have that conversation with people and be met with that understanding.‘ 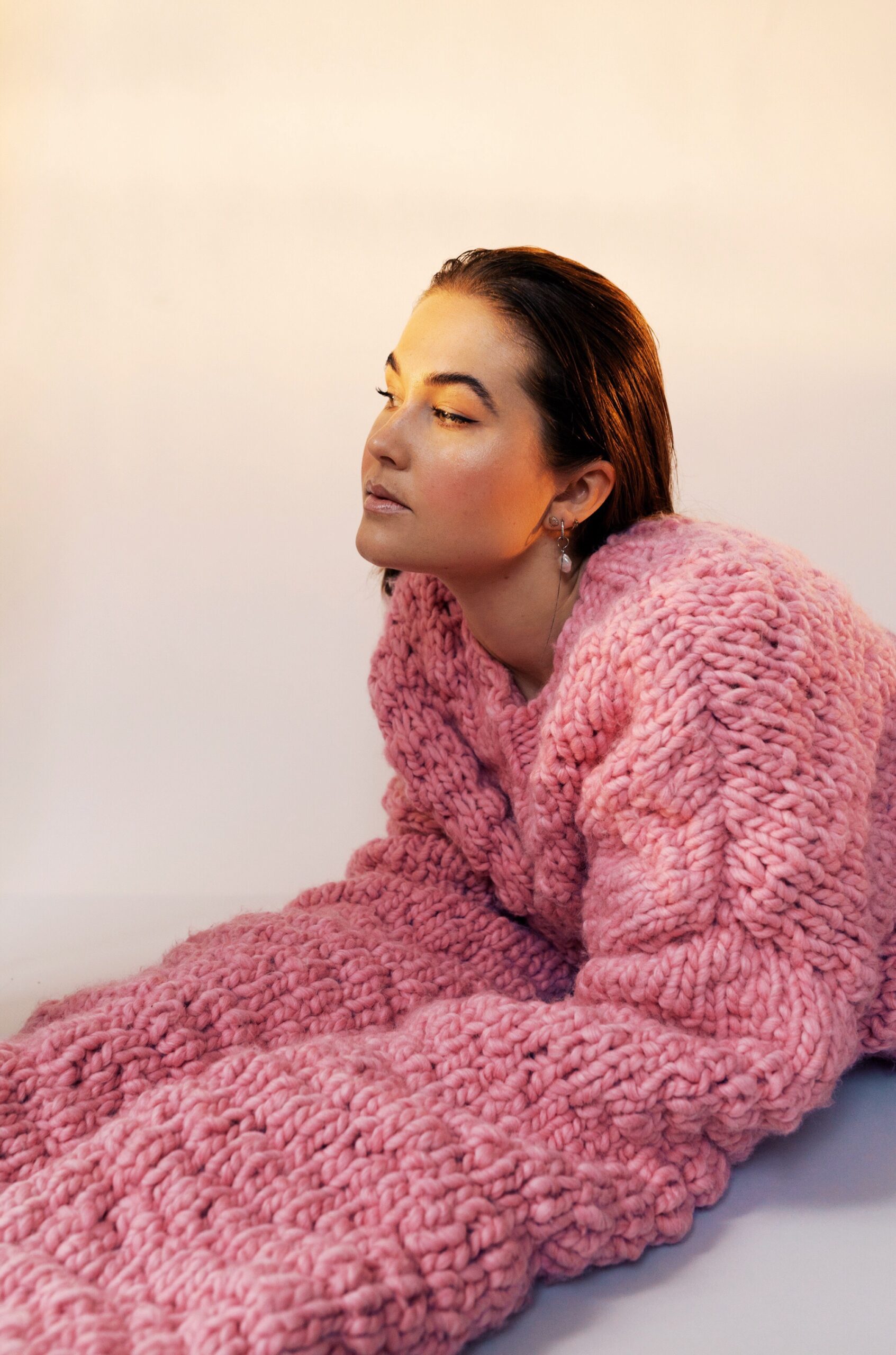 Lockdown has affected everyone in different ways. Creatives for instance have had to adapt their art to completely new circumstances. Each artist, and indeed each person around the world has had a different experience through the global pandemic, so we asked Amalie how she has found the past year and a half.

‘I’m quite proud of myself for just powering through. Before the first lockdown I had already planned my releases, like my debut EP. I had it ready but I didn’t have a fan base, so I wanted to release stuff that I’d produced myself and kind of get things going. For myself as well, to boost my confidence and self-esteem. And also I didn’t have to worry about practising for gigs, I could just purely focus on the music, make my visuals and figure out who I am as a brand.‘

Amalie’s newest EP release ‘Lay Down‘ explores a number of underrepresented topics. The young artist lets her creative mind run free as she tackles topics of love, mental health and inclusivity. Amalie also recently released the music video to her track ‘No‘. The song takes listeners on a journey boundaries and withholding them, even when people refuse to acknowledge them. We asked Amalie how she found the experience of creating that music video.

‘Incredible. Working on that was exactly what I was hoping it would be. Because of lockdown, and restrictions and my budget I had to think outside of the box. My first idea was that I would be walking down a street and people would judge because of what I was wearing. But then I thought no, that is not engaging, no one wants to watch that, not even myself I wouldn’t even enjoy making that. I wanted to dance, this song makes me want to dance. So I thought how can I make a routine to do with saying no. And that’s when the marching idea came in.‘

Finally we asked Amalie what she has planned for the future. While she explained to us earlier in our interview that she is excited to get into live gigs, she has more than enough on her creative plate as it is. And we wait with baited breath as we continue to watch her creative journey pan out.

‘Lots. I’m already working on my second EP, which is going to be so beautiful, so warm and heartfelt, just pure love. I’m making my own sustainable merch, masks, t-shirts, tote bags. I get my material from a company that is just going to throw it out. Making things one of a kind, because I would appreciate that much more. It’s also a huge outlet for me crocheting and sewing. I hope to start working with more people, collaborating with musicians and brands. I could also really see myself working on my own tv show, I’m working on becoming a presenter. It’s a livestream show where I would like to invite other songwriters in and we would ask a fan what they would like us to write about and we would have an hour to write a song. Something really personal that could help someone and improve our own writing. We’ll just have fun with it all and see where it goes.‘

Head over to Amalie Bryde’s Spotify page to hear more of her wonderfully unique music, including the tracks on her newly released project ‘Lay Down‘.