Taking inspiration from her British-Guyanese heritage, emerging artist Sabiyha is blending her own unique genre of music. Growing up with an eclectic range of musical inspirations, Sabiyha’s developed style means she is making a huge splash in the UK music scene. We caught up with the flourishing singer-songwriter about how she incorporates her heritage and body positivity into her songwriting, the need to rid the judgement around embracing your sexuality, and her newest single ‘Undone‘. 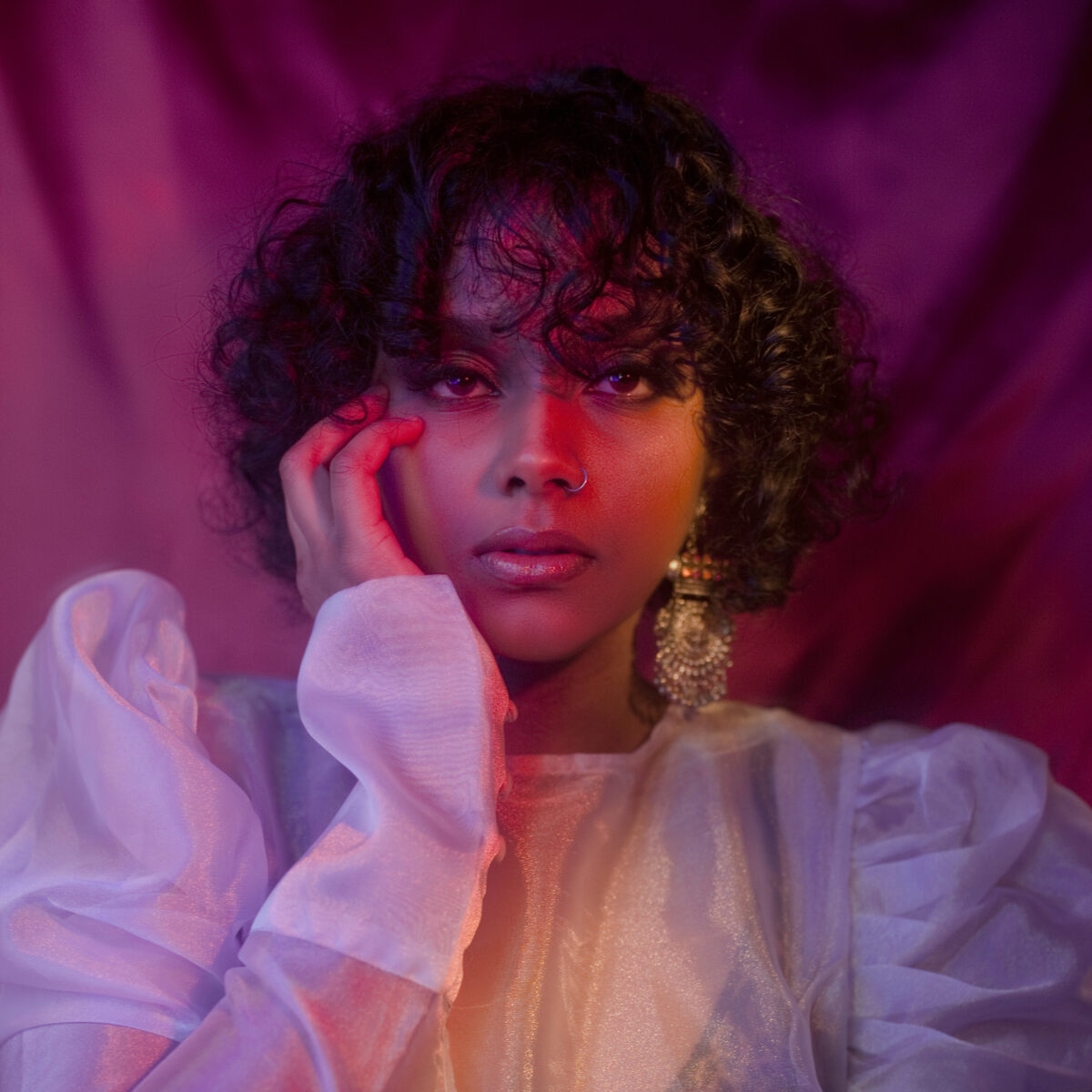 Growing up with such a vast collection of culture, Sabiyha developed a diverse love for music. Drawing on the genres most loved by different members of her family, she was able to develop her own sound and weave in her many influences. She gave us a little insight into her first memories of music whilst growing up, and what entering the creative industry meant from the perspective of a woman of colour.

‘My parents have been here for a long time, since they were kids, so I used to get put to sleep with ‘Killing Me Softly’. My mum loved stuff like that, my dad loves country music which had a massive influence on me wanting to pick up a guitar. And in terms of cultural music, we obviously have the South Asian influence so there would be a lot of Bollywood movies, my nanny listens to a lot of that stuff. She sometimes just listens to the Quran which is music in itself with the way they sing the prayers. And at parties we would listen to mostly Caribbean music, and there’s a particular type called Chutney which is a mixture of South Asian vocals with calypso beat. Which not many people know about but it’s super interesting, and again something that is just second nature to me. So I was surrounded by a real mixture.

I just adored singing. Coming from a p.o.c background, parents really want you to do well because it’s harder for us. They really want to solidify that you’ll be stable. So my parents didn’t really want me to go into a creative field, but then my dad heard my sing at a showcase and my singing teacher said she was going to convince him, and she did! As much as you don’t want to admit that you want your parents approval, when your sixteen of course you want their approval. I think that was the moment we all realised that this is something that I want to do for the rest of my life.‘

As we started to discuss the trials and tribulations of being part of the creative industry during nationwide lockdowns, Sabiyha started to talk about the general obstacles faced by emerging musicians at the moment. While the music is such a huge part of it, she explains there are many other factors to take into consideration. And in an ever growing industry, it can be hard to keep up with the pace.

‘Because the music industry has changed so much, I think the thing that is so difficult is keeping up. Especially as an independent musician, you don’t have a label telling you exactly how and what to do or doing it for you. Obviously I have an amazing team around me, but it’s constantly keeping you finger on the pulse of Spotify stats and streaming and playlisting. I’m going to sound like an old lady, but for the kids these days this just comes naturally, but I grew up with cassettes and CD’s. And because it’s evolving all the time. Some people are quite reluctant to know the industry and know the business side of things, but I like that stuff fortunately. But that is hard as an emerging artist that it’s not just about the music anymore, it’s about your brand and who you represent.‘ 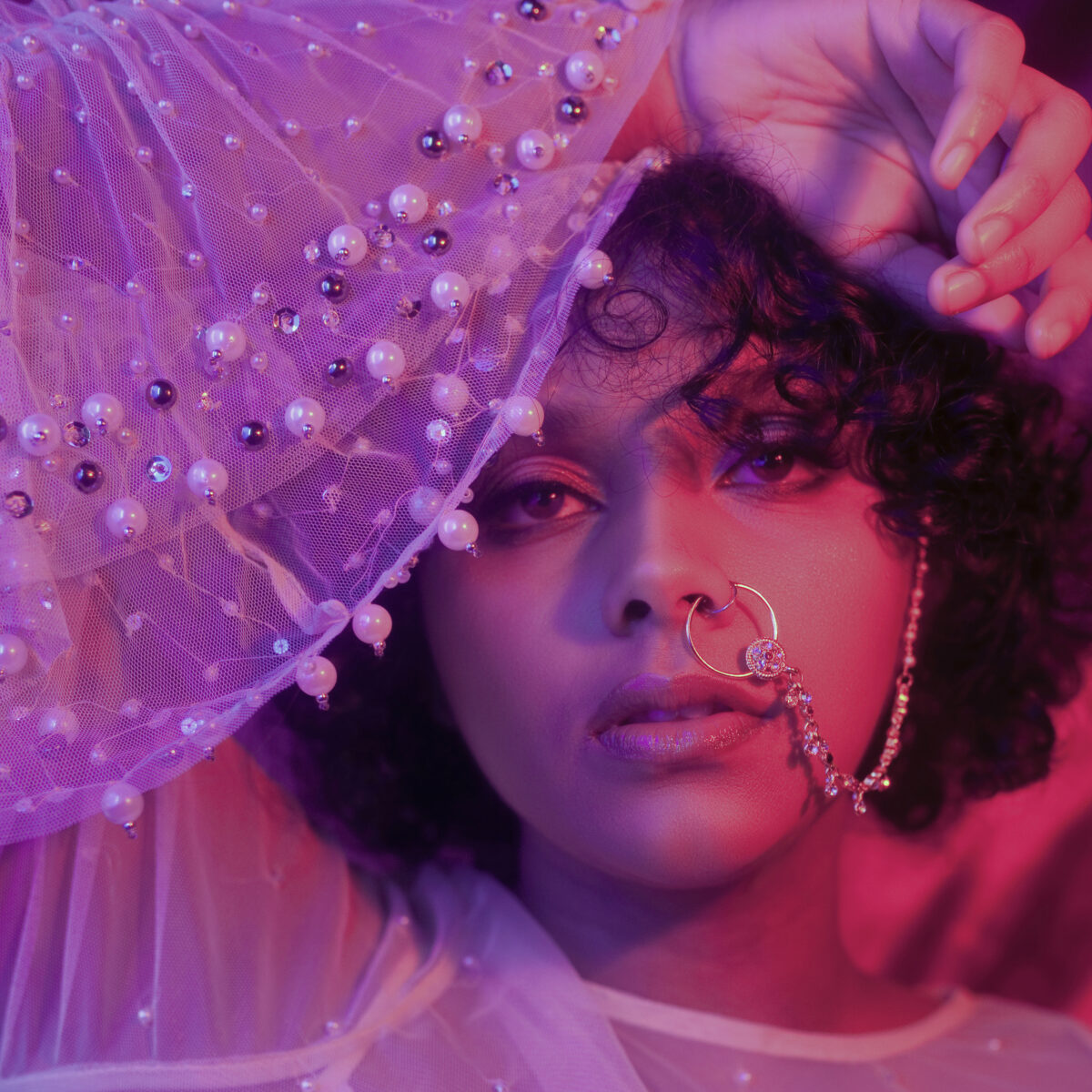 Prior to her most recent release, Sabiyha shared a track called ‘Lullaby‘ with fans. The song is a vivid celebration of Sabiyha’s Guyanese heritage. Pulling on memories of childhood games and tunes that her grandma would sing whilst she was growing up, Sabiyha was able to blend nostalgia with something so wholly unique and new. She explained to us that incorporating her heritage into her music is not just something that she feels is beneficial for herself, but also allows other Indo-Carribbean to see themselves represented within the music industry.

‘A few years ago it was my nanny’s 80th birthday, and I wanted to do something nice for her. I was just walking around my kitchen singing the song that my nanny sings at the start of the song and just flipped the melody. I just sat there and started tapping out a beat, then I think I wrote the song in less than an hour. And then it’s weird actually, the beat came from when I was in the shower when I remembered an old clapping game that me and my cousins played, and I just started doing it against the shower wall and it just fell into place. And I thought this is a great present for her, the meaning and everything reminded me of the nights spent at my nanny’s house with all my cousins and how much fun we used to have. And what a nightmare we must’ve been for her, but also how much she loved it. She loves just having mass amounts of family surrounding her.

I feel like it’s super important for me to represent myself as a woman of colour. Being Indo-Carribbean it’s like people don’t really know we exist, they don’t really know the history of colonisation in terms of Indo-Carribbeans. So it was really important for me to give our community more of a voice. So I used the language, because I love the way they communicate they’ve got a great sense of humour, very funny. I just love so many aspects of my culture. The music, the fact that a barbecue isn’t just a barbecue it’s a party, even a trip to the park they pack curry and fried chicken. Everything is just the most and I love that vibrancy. So I wanted to represent it, but also I love it so much that it just naturally seeps into my art.‘

With so many different influences and sounds congregating within her music, it’s hard to pinpoint Sabiyha’s music to just one genre. So we asked her how she would explain her sound.

‘I’d say it’s amalgamation of all my loves of music. A step into cinematic pop, because I do love pop and R&B, but I also love that kind of epicness in production.’

On the day of writing Sabiyha has released her newest single ‘Undone‘, alongside a strikingly beautiful piece of artwork by artist Betty Brown. Much like the single, the artwork embodies female empowerment and encourages womxn to embrace and celebrate their sexuality. We asked Sabiyha to give us a bit more of the back story behind both the single and it’s artwork. 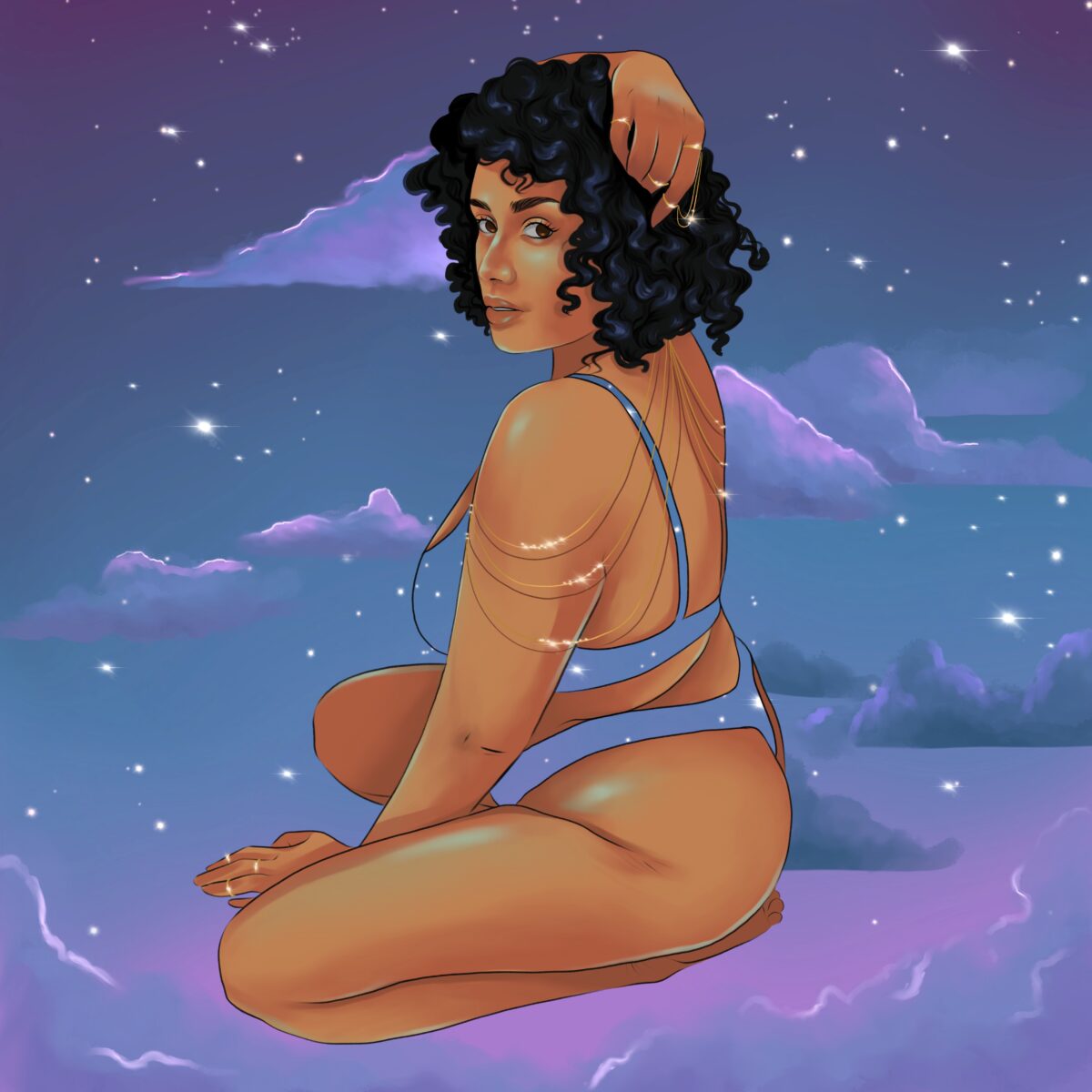 ‘So I found Betty Brown online and realised that her art is really sex positive. And this song is about sex, casual sex. Because I think it’s something that women are so commonly deterred against. You should be able to do what you want with your body without being policed. So her images really went with the theme I was exploring. There’s a kind of fearlessness in her art that I’d like to apply to my music. That kind of ‘OK I’m being judged, but I’m not scared of that’. It always goes back to the fact that others are sexualising you and somehow that’s your fault. And with her art there are so many beautiful bodies of all races and shapes, celebrating rolls and curves. I love that I have a roll in it and that I’m in my underwear. I’m celebrating my body and my sexuality.‘

We finished our conversation with Sabiyha by exploring why positivity is such a running theme throughout her music. While more artists are finding it within themselves to create art and music around ‘taboo’ subjects, the judgement of others has not stopped, yep even in 2021… However, Sabiyha explained that while she isn’t happy about the fact that people continue to pass judgement on others who are in fact more comfortable with themselves and their sexualities, she is focusing more on trying to take these under-represented topics and invite more people to discuss them.

‘I believe there has been a culture of putting women and non-binary people down, and telling them that their bodies are not their own. I love pole dancing and feeling yourself, your sexuality. It’s the freedom of being able to talk about things without stigma. Things like mental health, body positivity, sex positivity, race. I don’t feel scared to talk about that stuff, the problem in the first place is that it’s feared. You take out that fear and you bring positivity to it and it turns into something to celebrate. Because if people aren’t scared of it then people don’t feel judged. Or they do but they have that song that makes them feel amazing. I have a whole playlist dedicated to feeling my sexy self.‘

Head over to Sabiyha’s Spotify page to hear more of her culturally rich, genre-bending tunes, including her brand new single ‘Undone‘!