Amsterdam based Joya Mooi is using her eclectic range of musical talents to solidify her name in the music industry. Whilst growing in herself, the young artist has replicated this growth in her music. Each project reflects a different time in her life and the events she has experienced. As well as singing and creating her own tracks, Joya also plays the saxaphone, just adding to her passion for music. We got the chance to catch up with Joya to discuss her journey through music and her hypnotising R&B tracks. 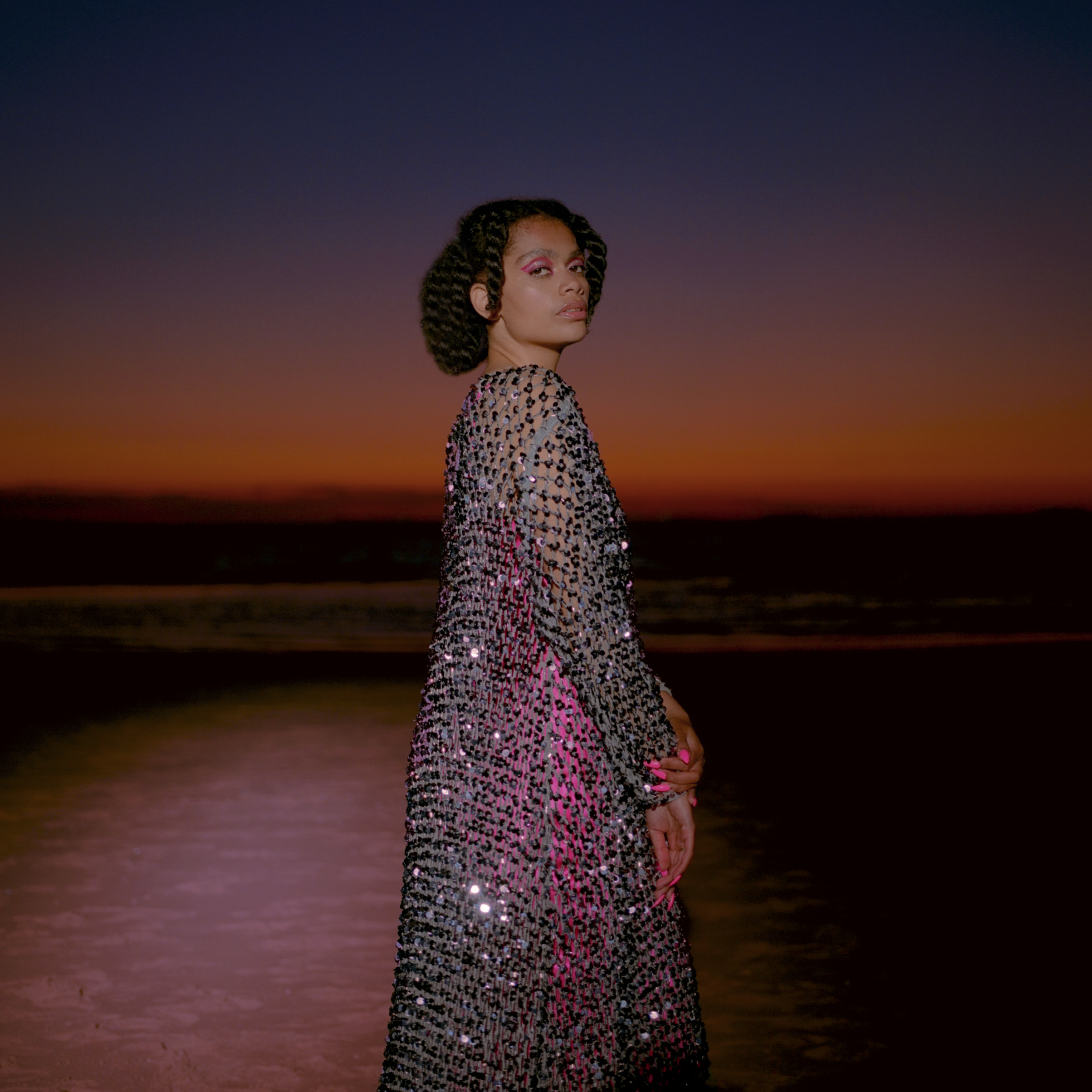 We kicked off our interview with Joya by speaking about her childhood. We wanted to get to know exactly where her musical journey started, and how it has influenced how she creates music today. She took us on a journey back to her first memories of music, and explained how she progressed into the industry.

‘I was quite a serious child and I loved singing, but solely sang behind closed doors. I remember playing ‘Georgia On My Mind’ on repeat, singing to myself as if it was it written for me. Think I was around 8 years old. I kept playing records by Ray Charles, Etta James, Alice Coltrane and later Lauryn Hill.

It was never a deliberate decision to get into music really. I started making music in my teens, later studying jazz. But music is a passion of mine that fell into my lap, really. I followed through and even after my studies I ended up working for a theatre company and they needed a soundtrack for a new theatre show. That’s how my first official release was created. Since then I’ve been doing just that; making music. Writing about the things that are wandering in the back of my mind or on the tip of my tongue but just won’t come out in conversation.’

With such a range of musical influences and talents, it is simply impossible to confine Joya’s music to just one genre. Much like many developing artists of this generation, Joya’s music plays on a number of different sounds to create her own ‘genre’. We asked her to sum up her music outside the realms of ‘genre’.

‘I think every project of mine has a different kind of sound. Most of the time it’s not a deliberate choice, I just want the music to match the tale I create in my head. So my last EP ‘Blossom Carefully‘ is a mixture of realness, hope and cynicism. In my music I try not to sugar coat or derail. So you could call it emo personal music.’

Coming from South African-Dutch heritage, Joya has experienced a unique blend of art, culture and music. She went on to speak about how her mixed heritage has impacted the way she creates her music.

‘Born having ties to two continents and two homes has greatly influenced me. It also caused me to feel displaced at times. Cause it’s not just two narratives that I’m born with, it’s aligning or navigating the two cultures that live inside of me.  That reclaiming was quintessential for creating my album ‘The Ease of Others‘. My music is still really a testament of the lives and experiences of both of my parents. Their world view, their culture, the ways that they could exist in their youth. Both of my parents became freedom fighters, driven by different motives. And I’m still chasing freedom in music and life.’

Joya’s latest track ‘You Know Me Well By Now’, takes listeners on a journey into the inner-workings of her mind. The entrancing lyrics explore the idea of the perceptions we make about people, the perceptions people make about us and whether we want to open ourselves out to experience them. Touching on the idea that many of us only show a few outer layers to our personalities in an attempt to protect ourselves from critique. Joya went on to explain more on the concept behind the song.

‘It’s a song about feeling detached yet wanting to be close to others. The endless loop that I’m trapped in; not sharing myself with the world, so many encounters only scratch the surface. So the aim is to be gentle with myself and others, let my guard down more often. I hope this song will help me a little in my efforts.’

Now that life is somewhat back to normal, we are looking back towards the future. As are creatives. We finished off our conversation with Joya by asking how she plans to move forward in herself and as an artist.

‘I would like to stay healthy, get some rest and stay hopeful. Finishing my new project and hope to be back in London soon!‘
Head over to Joya Mooi’s Spotify page to listen to her latest single ‘You Know Me Well By Now‘, and her more recent EP ‘Blossom Carefully‘.
Sophie Wyatt2021-11-05T15:43:22+00:00