Fickle Friends on their latest album ‘Are We Gonna Be Alright?’

Since forming back in 2013, Fickle Friends have been a pinnacle of many music lovers playlists in many eras. After releasing a steady stream of singles and EP’s the group is back with their 12-track album ‘Are We Gonna Be Alright?‘. We caught up with lead singer Shiner to discuss the process that went into creating their newest project and what they plan to do going forward, both in and out of the music scene. 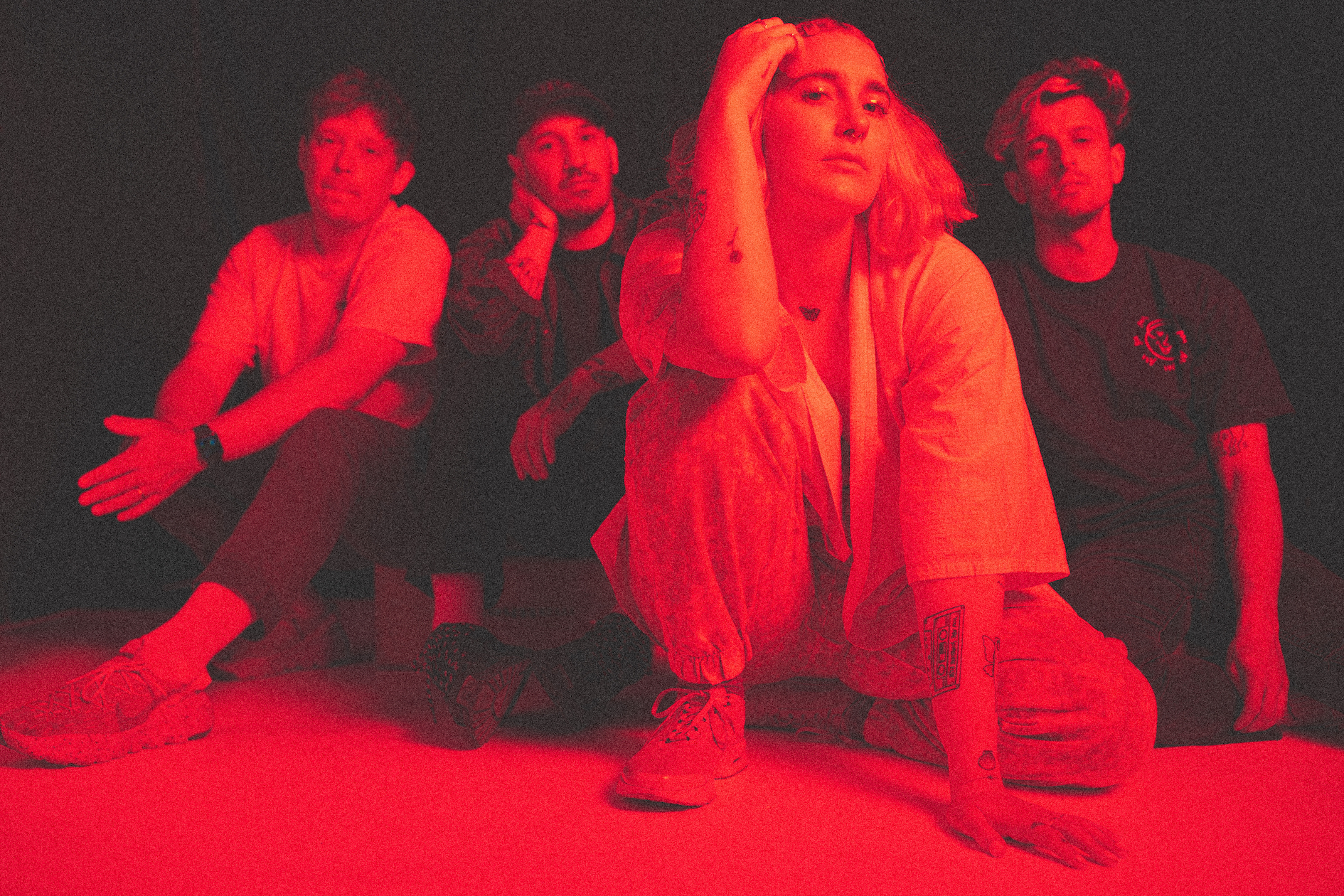 After meeting at university in Brighton, Shiner explained that the group were keen to start a project. After starting out as a primarily folk-pop group, the band eventually morphed into what we now know and love; Fickle Friends. As we started our interview, we wanted to know if the four friends music preferences are similar or whether their different tastes in music have helped them to created the music we hear today.

‘There is definitely a cross over of music we all love…and I guess that’s where FF comes from. Artists like Phoenix, Paramore, Justice, Bombay Bicycle Club, Michael Jackson and Friendly Fires kinda bound us together. Honestly I think we can all just appreciate a GOOD song, no matter who it comes from.’
Many people define Fickle Friends music as ‘indie-pop’, but as they have developed as a group, so has their music. And now to confine their music to just one genre seems wrong. So we wanted to know how the group would sum up what their music means to them, outside of the constraints of ‘genre’.
‘I think we just like to write songs that take you on a journey. We do love a straight forward pop song but we have a lot more fun writing the songs that take twists and turns and maybe go a bit heavier on the production. Our music…outside of genre…is catchy, relatable, and hopefully makes you wanna move and/or feel something. We write songs that you can imagine on a festival stage. That’s where it all really comes alive for us.’
Each song on Fickle Friends new album ‘Are We Gonna Be Alright?‘ uses different sounds to create a collective of work that is new, exciting but also instantly recognisable as the four-piece group. As we continued to delve into the aims of the album, Shiner went on to explain what emotions they were looking to provoke with the songs as a whole.
‘Hopefulness I guess. The whole thing is the ups and downs of the last couple of years…and throughout the writing process, we have all just been trying to ‘get happy’. I’ve said this in interviews a lot but this album is really just about the pursuit of happiness and we just wanted people to feel like they weren’t stuck…and wouldn’t feel out of sorts forever. 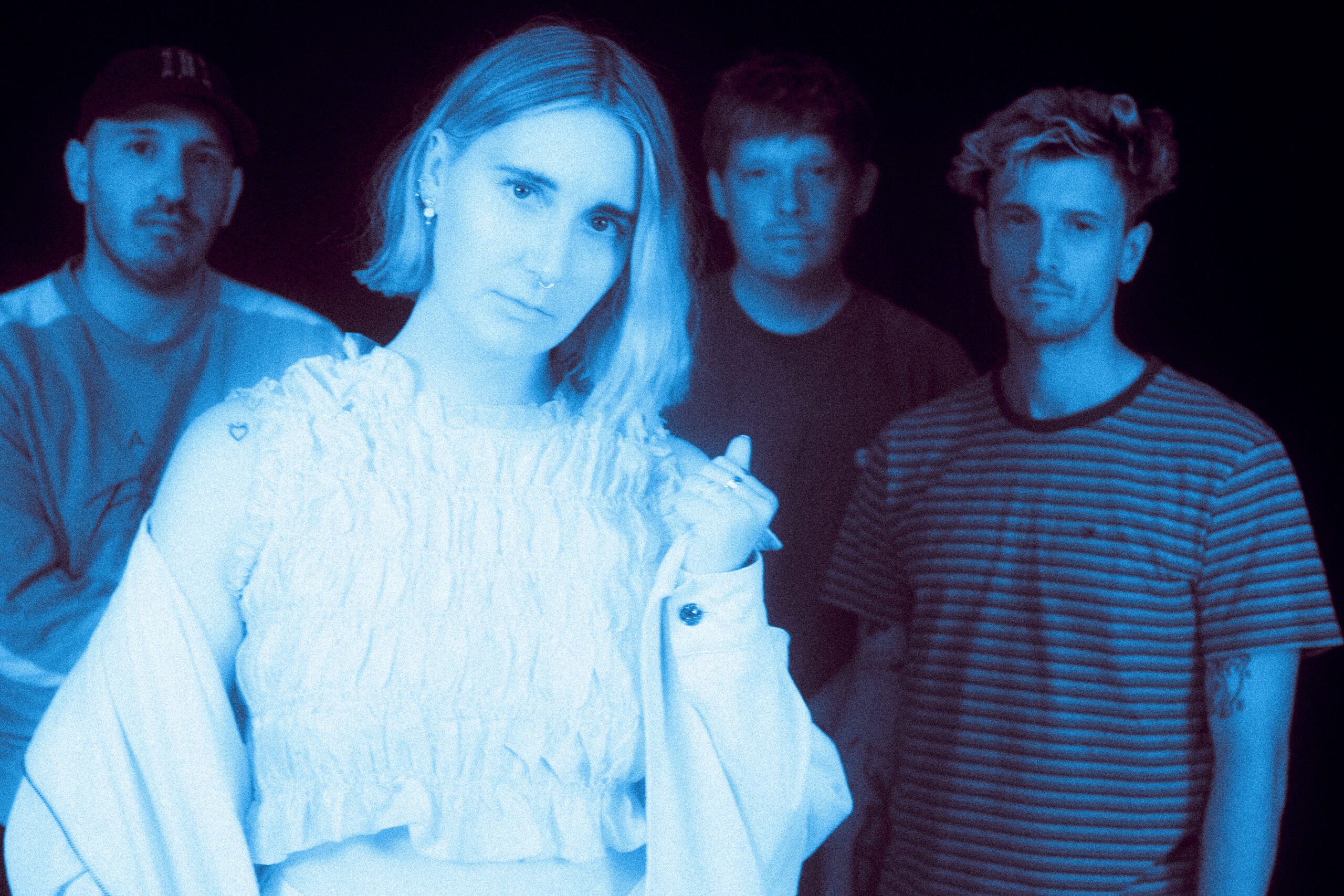 It was a weird one because we’d already kinda finished an album…which we broke into two and called Weird Years season 1 & 2. We had a few songs left over from that era that weren’t used or “didn’t make the cut”. We also wrote a whole new album over the course of late 2020/early 2021. We ended up with about 50 songs. We basically chose what we thought would make for the most interesting album. We reinvented some of the older tracks, we wrote with some friends who came down the visit. We made this album without rules or time constraints and I think you can hear the freedom in it as a body of work.’

Next we started to discuss their tracks in more detail. While each song explores different emotions, we wanted to know if there were any songs in particular that struck as cord with the group while they were writing and producing it.
”Glow‘ was a big one for me. The pandemic was super tough…I went through a really difficult break up that made me feel very low and very alone. I moved to a new part of the city. My job had pretty much disappeared. And to be quite honest I felt like giving up completely. It was my friends– who got me through and basically brought me back to life. I wrote ‘Glow’ about my three best friends, and it is the song I am ‘lyrically’ most proud of. I also loved writing it with Jack…we were listening to a lot of Prince and the production is just pure fun and some of his best work.’
Following the release of their latest album, the group explained that they are going to take some time out to enjoy life both within the musical world and in other aspects. And we can’t wait to see what kind of inspiration they embrace following this potential time off.

‘We are really excited to get stuck into a third album, but we need to live a bit first. Having been trapped inside for the best part of 2 years… we are going to take some time to live and be ‘happy’ and do the things we have always wanted to do. Travel…go to festivals as a punter…write songs for other people. Then we are going to come back and write our best work. I just know it.’

Head over to Fickle Friend’s Spotify page to hear all of their music including their latest album ‘Are We Gonna Be Alright?‘.