Lewis Rennie-Campbell joins our Zoom call from the comfort of his home in East London. He turns his camera to show me the masses of music equipment mounted in front of him, where he spends most of his time writing, producing and mastering his sound. Having very much cemented himself in Hackney to focus on his musical endeavours, he’s making his mark on the scene. Lewis is currently the lead guitarist of the psychedelic rock band Fez, as well as being a solo artist, going by the stage name Milk Toast (an arbitrary name with great imagery, before you ask). 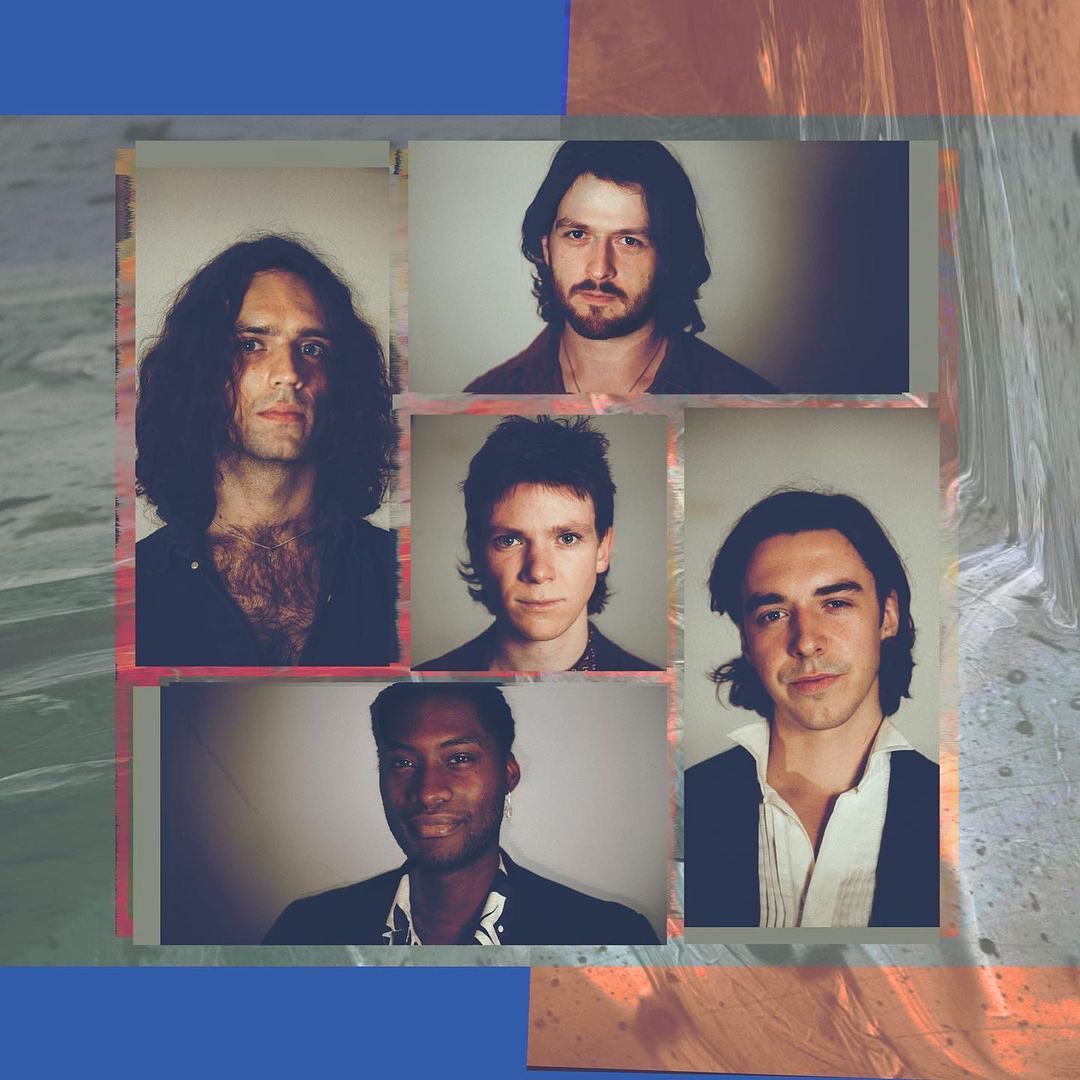 Coincidentally, Lewis met his bandmates a few years ago in the smoking area after an open mic night in Bristol. Fez is also made up of Rollo Ellison on vocals and rhythm guitar, Mischa Dhar on bass, Zak de la Bedoyere behind the kit and Ed Wing on keyboards. Since then, despite a minor obstruction known as Covid-19, they’ve been creating music together and are gearing up to gig as much as possible in 2022.

I admitted to Lewis from the off-set that I thought that psychedelic rock wouldn’t be my thing, but I was absolutely proven wrong by Fez’s bold, contemporary take on the genre and thought-provoking lyrics. Their newest release with Roadkill Records is called Black Dogs – the track touches on the modern mental health crisis, critically exploring the seemingly frivolous and incessant prescription of antidepressants, alongside the pressures and loneliness faced by young adults. ‘There were real issues at our university and still are, and the song discusses how the symptoms of mental health problems may be addressed, but not the cause’ – when Lewis and I started studying at the University of Bristol in 2015, three students had died by suicide within the first few weeks of term starting. As we all know, current waiting times to receive support from NHS mental health services are obscenely long.

I first met Lewis when we lived just one block apart in our student accommodation. By our third year, we lived together in Redland, and there wasn’t one day where Lewis wasn’t playing crazily good riffs on his guitar, and often letting me sing with him. I credit him for introducing me to artists I love, including Hiatus Kaiyote and Gary Clark Jr, and if there’s anyone I know who lives and breathes music, it’s Lewis.

Born and raised in Sheffield, Lewis’ first memories of music were being a part of his school choir and his dad taking him to a Blues bar, where the lead guitarist used to teach him how to play guitar for free. By the time he was fourteen, he was part of a classic rock band, playing gigs on a twice-weekly basis, and even went onto play the O2 Academy and Tramlines festival. ‘My taste in music was born out of rejection. Everyone loved indie rock back then, and a lot of people still do. I didn’t want to be like the Arctic Monkeys or the Strokes – I wanted to have my own uniqueness, and so my liking to psychedelic rock happened quite naturally.’

Despite his very obvious musical talent, Lewis decided to study Biochemistry at university. Having ‘not come from a very wealthy family, I knew I’d have to fend for myself’, Lewis felt the pressure that a lot of state-school kids feel, that through studying STEM (science, technology, engineering and maths) subjects, you would be more likely to land a job. Although he contemplated dropping out at one point to pursue his music full-time, his mum convinced him to persevere; ‘my mum and dad were supportive as long as I had a good head on my shoulders, and they wanted me to have a back-up.’

Thundercat, Jimi Hendrix, Tame Impala, Funkadelic, King Gizzard and the Lizard Wizard are just a few of Lewis’ influences. As well as being part of Fez, Lewis is very much working on his own material and draws on these influences to shape his own sound. I asked where his identity lies as a musician who is both a solo artist as well as part of a band; he considers himself to be two very different people artistically, who have different experiences as opposed to being intertwined, ‘they’re both enjoyable, but completely different.’ Lyrically, Lewis tends to avoid typical love songs, instead choosing to write about the smaller yet precious moments in life. From writing about being at a nightclub and wishing you were at home sleeping, to a song about how music is passed down through generations, Lewis captures more unexpected and subtle, but universally shared feelings in his art.

Unprecedentedly, there has been a global pandemic since the last time Lewis and I saw each other. Covid struck the music industry horribly with the arts in general losing a huge amount of income; virtual concerts and viral videos streamed through our digital channels, a stark change to the beauty of a sweaty, joyous gig. On the whole, the 2020 lockdown worked in Lewis’ favour. Having just graduated, he moved in with relatives and got a part-time job in retail, but the stay-at-home message resulted in Lewis being placed on furlough for eight months. Consequently he was able to play music everyday, honing his skills. ‘I was reading an interview with Annie Mac, and she was asked about why she thinks she got where she is today. Her answer was to just know your shit. It doesn’t just come from nowhere.’

Comparing playing guitar to playing his playstation, music for Lewis is both fun and therapeutic, just as writing is for me – ‘picking up an instrument just makes me feel better.’ However, 2020 was definitely a year of reflection, and I won’t be the only person who had moments of doubt, and had felt a creative block amidst the pressure to be productive during such a challenging time. Almost as a caveat for being able to spend so much time on his music, Lewis also found that there were ‘moments where I felt like I wasn’t good enough and that I was going to plateau – but it was basically impossible to get any kind of job, nevermind something in music.’ After a few weeks’ break, he was able to pick up the guitar again and keep going, because music has a special power – it’s so wonderfully fascinating, ‘music is infinite – you can always find another corner of music that you didn’t know about before.’

The exceptional thing about Lewis is that he ‘just genuinely enjoys every aspect of making music.’ When I ask about his big dreams, Lewis simply wants to be able to play music all day, while being able to pay rent and to make a living. ‘Having creative freedom is important to me. Sometimes you just have to say you’re gonna get there even if you’re unsure, it’s not really in my hands.’ I have no doubt that we’ll be hearing more from Lewis very soon.

Head over to FEZ’ Spotify page to listen to their latest project ‘Black Dogs‘. And follow this link to find tickets to their upcoming headline show.