Producer, singer-songwriter, multi-instrumentalist; is there anything Lauren Faith cannot do? Definition of a female powerhouse, Lauren has continued to blossom within her musical journey after falling in love with the art aged 5. Since then she has released a steady stream of her own music, while also working with other fellow artists to produce some amazing, explosive tracks. We were lucky enough to catch up with Lauren to discuss the release of her brand new 8-track project ‘No Path To Follow‘, the gender imbalance in the music industry and what needs to change to make music more accessible for young, female artists. 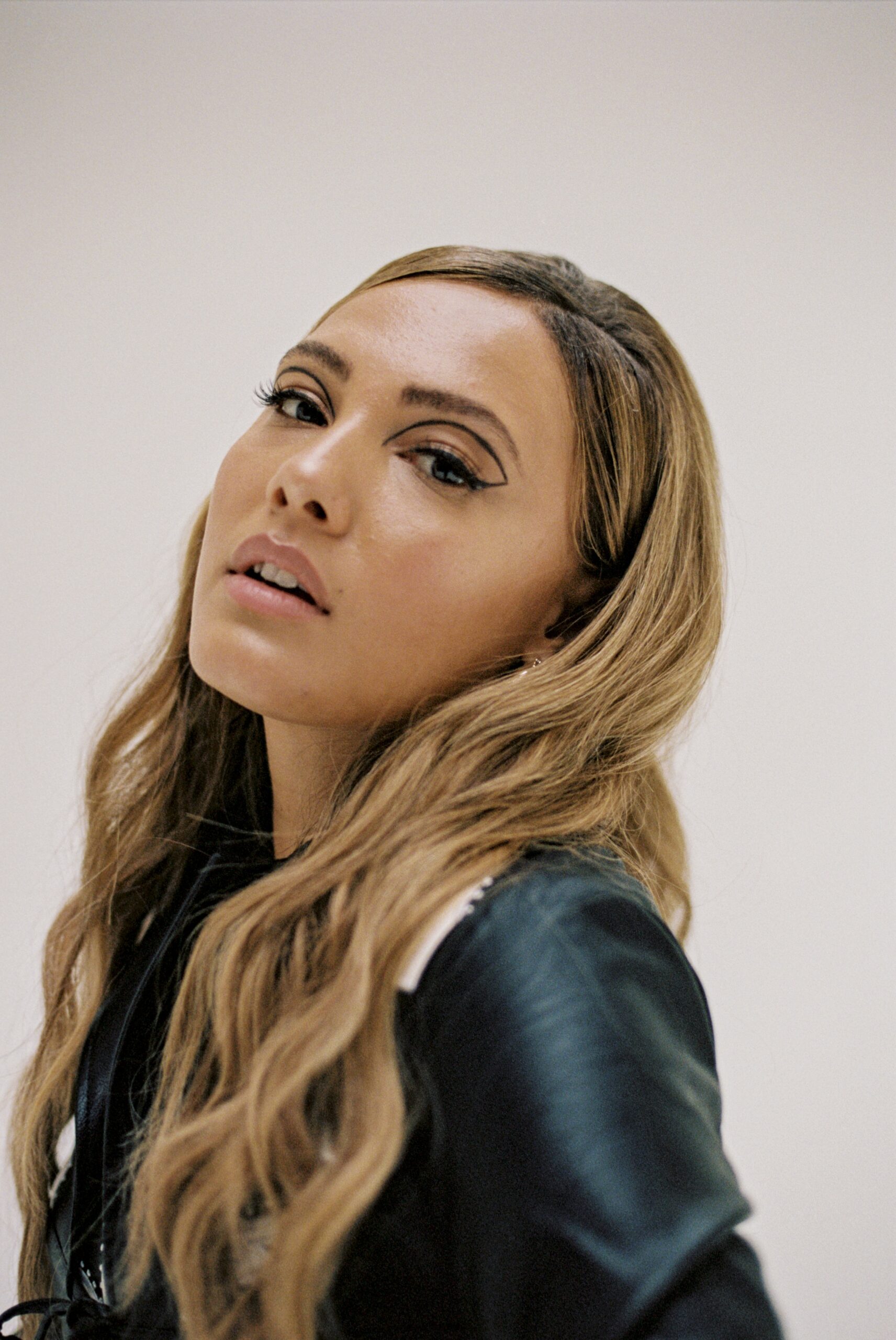 Lauren’s eclectic knowledge of music and the industry immediately had us thinking, where did this all start? When did Lauren Faith first fall in love with music? So the flourishing creative let us in on her first prominent memories of music while growing up and when she realised she wanted to become a musician herself.

‘I always remember my mum playing ‘Earth, Wind & Fire’ on her record player. She has an insane vinyl collection. I remember being 6 years old, living in South-East London and her playing amazing funk and soul records from the 70’s. I’ve always been surrounded by music, so that was a pivotal point.

Lockdowns have been tough on everyone. But with the creative industry almost entirely put to a stop, artists and musicians alike have been forced to adapt to a ‘new normal’. For some this transition has come naturally, for others it has been full of difficult and unwelcome obstacles. We asked Lauren how she has found the last 18 months, both as a person and an artist.

‘I’ve found it really hard. The first lockdown I found it really depressing. I was working on this new EP and I didn’t feel very inspired. I felt down and that has been reflected in some of the songs, like ‘Blue Monday‘ and ‘Natural‘. I find it hard, but now I feel like I’ve learnt to adapt. Because if I just continue to be sad or get in that place, I’m not going to be productive. So I’ve had to find new ways of overcoming my mind. When you go through something really hard for the first time, you learn. We’re pros as lockdowns now’, she laughed.

As a strong and successful female creative, Lauren has had her fair share of unfair obstacles thrown her way. One of those being the gender imbalance in the music industry. While female artists are starting to gain more acknowledgment and recognition, we are still far from equality. We asked Lauren how she has found being a woman in a male dominated industry, and what she thinks needs to be changed.

‘I guess it’s lack of acknowledgement at times. Especially being a female producer, sometimes it can feel like you’re invisible. I’m starting to feel that less and less as I’m growing as a producer. Previously when I was first starting out as a producer, I definitely felt like I wasn’t taken seriously. What’s that quote? If it’s not challenging then it’s not worth it. You’ve got to get through obstacles to get to the other side. Only 2.6% of producers are female, so that is an obstacle in itself that needs to be addressed.

I think we need representation and someone to be put on that pedestal to inspire the younger generations. That is a questions generally that I’m still figuring out the answer to every day. I think it starts again with not getting disheartened or disappointed, just keep going and kicking those doors down. Hard work does reap rewards, it just takes time. I think this whole thing is time. And also males acknowledging women, and celebrating them, putting them in rooms where they hold the key. That’s how I feel from my experience. Time will tell.‘

Lauren’s latest project ‘No Path To Follow‘ sees her musical talent be taken to another level. She explained to us that she used this unprecedented time, and her creative flare to explore different genres of music and ways of working sounds together. She went on to describe the process behind the 8-track collection.

‘Originally I was going to do a B-tape. It was always going to be 8 tracks, because I like to know how many songs there’s going to be before I start. I wanted to make something more soul focused and something different. I wanted to push my production a bit more so I could step into more alternative-pop and showcase that I can do that. I was exploring those avenues as an artist and also as a producer. It was made in lockdown, it became a challenge as well because there was a point when I didn’t even think I was going to finish it. But it just goes to show even when you put your mind to something, you might be struggling with mental health or whatever it may be, if you just push through you can achieve anything.‘

Finally, Lauren left us looking forward to the future of music. When we asked her what she had planned the smile on her face grew tenfold. She gave us a summery of what she’s working on at the moment and wrapped up the interview with a positive and exciting tone. We can’t wait to see what’s next.

‘I’m already working on my next project which I’m really excited about. I’m halfway through that. And I’ve been producing with some really cool artists, Ella Eyre, Jade Thirlwall, MNEK and Olly from Years and Years. A lot more production cuts will be coming out and songwriting cuts, and hopefully a tour! Just lots of music in different genres, which is the fun part.‘

Head over to Lauren Faith’s Spotify page to hear her latest project ‘No Path To Follow‘.