All female band Prima Queen are storming the UK music scene with their light-hearted lyrical imagery and catchy tunes. Fronted by songwriting duo and best friends Louise Macphail and Kristin McFadden, the band have made waves in the female music scene and are continuing their journey, alongside their growing fan base. We joined the pair from outside their house while they were dealing with ‘a bit of a covid test situation‘. ‘My housemate tested positive and we didn’t have any tests so we just went to grab one so we’re waiting outside to be safe,‘ Louise explained. But with Kristin’s reassurance that ‘its quite nice to be outside,‘ we cracked on.

With Louise hailing from Bristol and Kristin hailing from Chicago, we were keen to understand where the pair met and how Prima Queen came to be.

Louise – ‘So, we met six years ago now. We were doing a song-writing course and Kristin was on study-abroad. I was trying to make a band with some people and hadn’t met anyone good. And then Kristin walked through the door and I thought ‘she’s the one‘,’ she laughed. 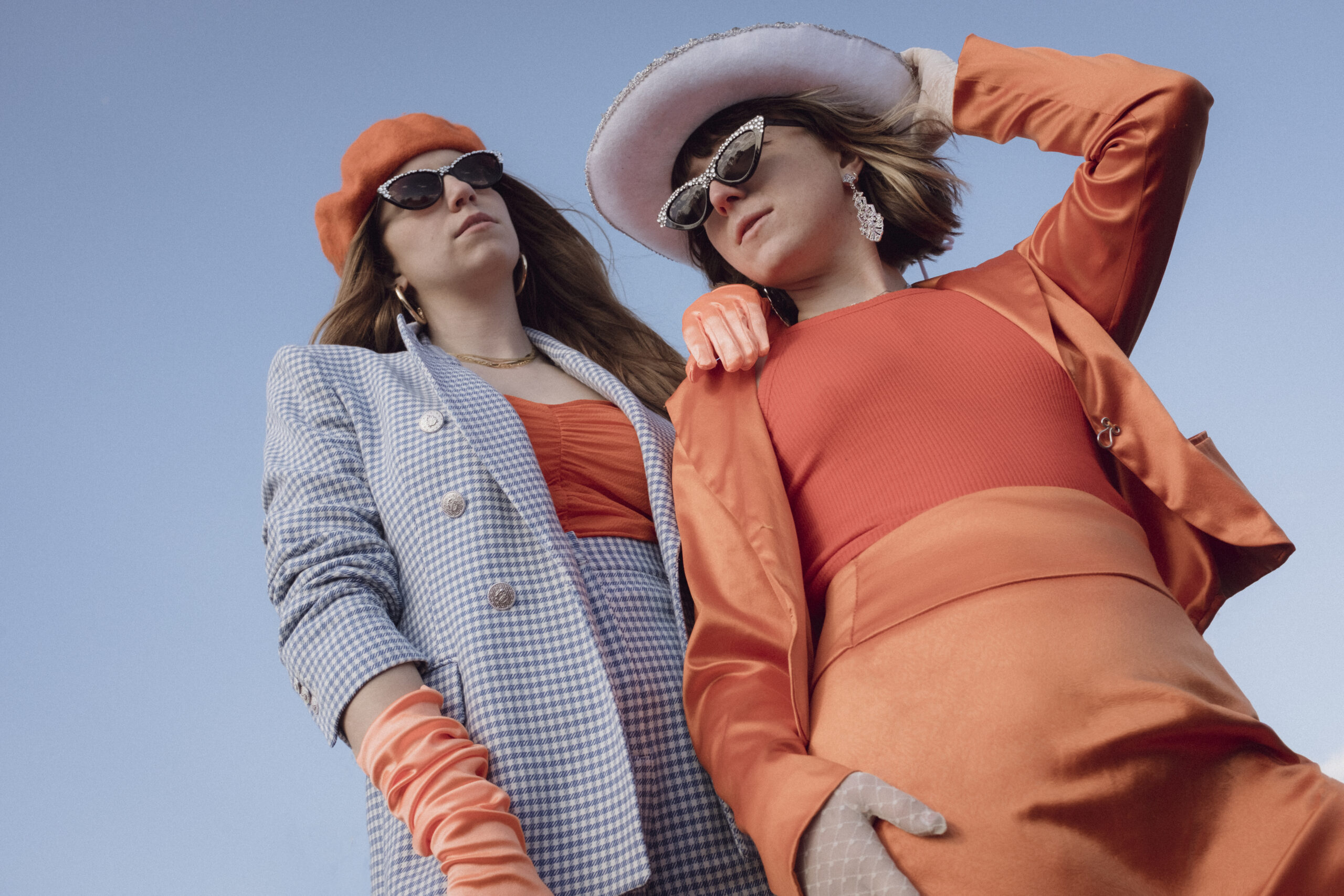 Growing up in such different walks of life, you might imagine that the friends were surrounded by varying music during their upbringing. But Kristin explained that while the pair have their own tastes, these preferences have started to merge together the closer the friends have become.

Prima Queen have an instantly recognisable sound. Having been compared to similar duo’s such as Wet Leg, the band has fallen into many different genre labels ranging from alternative to pop to country to indie. With such a range of sounds in each song and layers of all of these genres mixed together, it doesn’t seem right to try and fit their growing sound into merely one label. So we asked the pair what they think of their music as and how they combat it being defined in such constraints.

Louise – ‘We talk about this quite a lot actually. I don’t know if it’s the same in America, but over here ‘indie’ is used as a kind of dirty word, like landfill indie.’ With a quick check of their tests between answers the pair decided that even being negative they would rather enjoy the sunshine. ‘Have you got covid? no? should we go inside?‘

Kristin – ‘No I’m enjoying it out here.’

Louise – ‘There’s so many different types of music grouped in that word ‘indie’. It’s a shame to label it all as that.’

Kristin – ‘Sometimes I feel annoyed… well, not annoyed, maybe curious when people call us country. I think like are you just saying that because I’m American? I know we have country influences but I wouldn’t consider our music country. It’s interesting what people latch on to when they listen to us. I think it’s quite folky as well in parts – it has so much. So it doesn’t seem right to just categorise it as one thing I guess.’

We then went on to ask about the types of music the pair want to explore as they progress. With such a broad range of sounds in such few released songs, it’s incredibly intriguing to discover where they are next headed.

Louise – ‘I think recently, especially with Kristin playing the violin, it’s been fun to experiment with more strings and more cinematic arrangements. Then also we play with a sax player, so she brings a jazzy element to it. And we’ve been playing with more electronic stuff as well.’

Kristin – ‘In lockdown when we couldn’t play with our drummer we had this little pocket drum machine that had a little man drumming on it. So we had to use that in a lot of our demos so it was just a very basic drum machine. And then it made it into some of the songs that we recorded which is funny that it’s still in there,’ she laughed.

‘Invisible Hand‘ is Prima Queen’s latest track. The tune has met a buzzing following of listeners that have been following the pair and watching their journey. Created during lockdown, we wanted to understand more about the story behind the track and how it came to be.

Kristin – ‘It was inspired by hiding in the bathroom from people because you felt like you couldn’t deal with them. Maybe because you’re not yourself, and that’s a horrible feeling. That inspired the song because that was a big coping mechanism for me when I don’t feel myself – to just take a moment. And then when Louise started using the slide on the guitar, which actually did make it sound quite country. And that was a cool element that we hadn’t explored before. We wrote it right before lockdown.’

Louise – ‘It was interesting working on it in a time when a lot of people were feeling those things.’

Finally Kristin filled us in on what we can expect from the duo in the future. With a number of shows and festivals up their sleeves, we can’t wait to hear the music that comes along with them.

Kristin – ‘We have an EP coming out in the summer and hopefully touring as much as we can. Playing loads of shows this year, and… we can’t tell you what’s up next year,’ she laughed. ‘Top secret information that we don’t even know yet!‘

Head over to Prima Queen’s Spotify page to hear more of their amazing tunes, and keep your eyes peeled for their upcoming EP.