Creating music from a young age, London-based rapper and singer ENNY is on a steep incline towards success in the UK music scene. From Nigerian heritage, the young musician is taking listeners by storm with her truthful and revealing lyrics based on her South-East London surroundings. Since refining her creative flair at Root 73, a Hackney-based collective, ENNY has been helping to pave the way of the flourishing female rap scene in the UK. We got to talk to ENNY about her truthful lyrics, the advice she’d pass on to other female rappers trying to get into the industry, and her stunningly written single ‘Peng Black Girls‘. 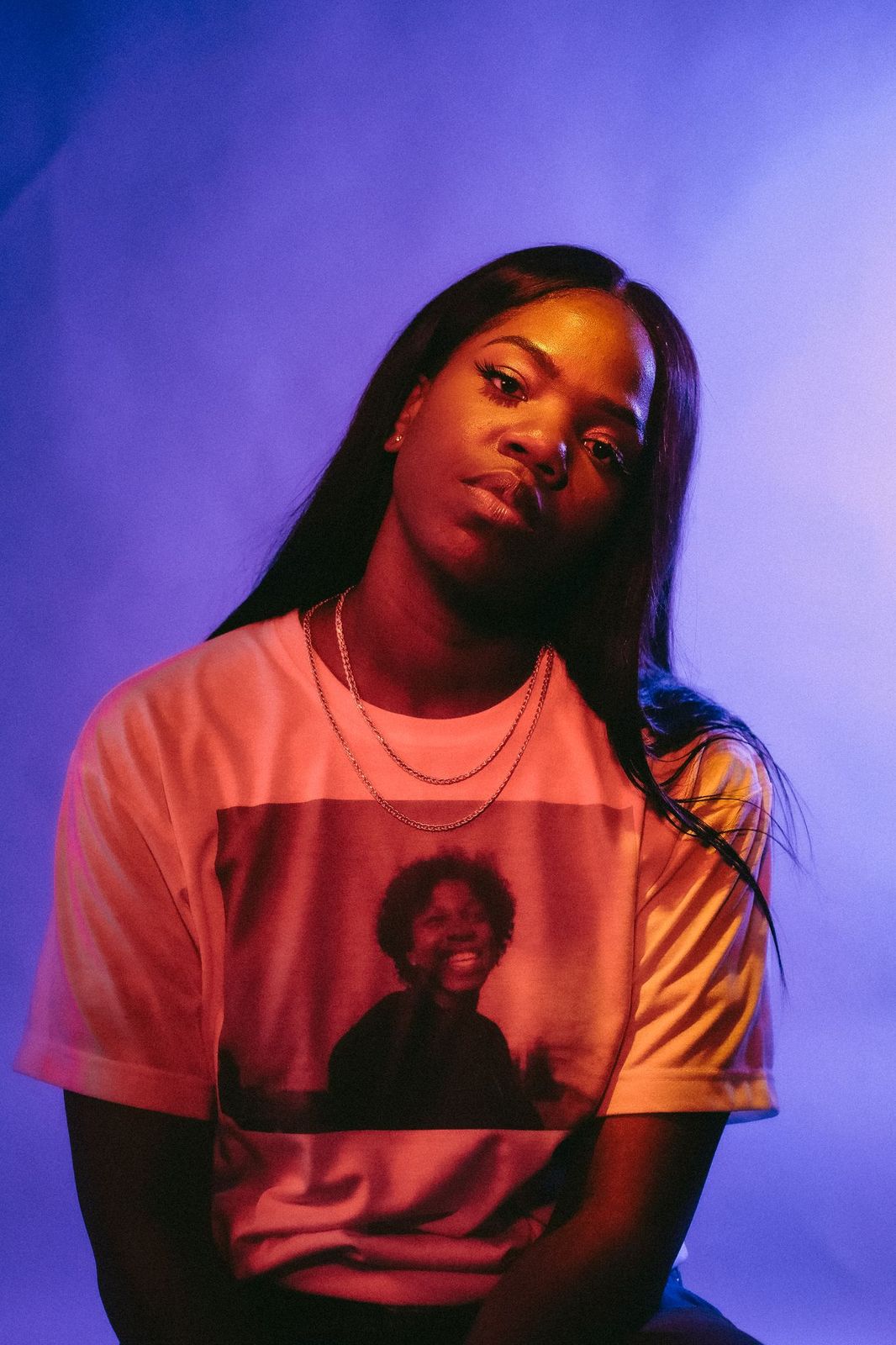 ENNY explained to us that music was surrounding her from before she could remember. She told us that some of her earliest, and most prominent memories of music come from hearing her family playing music when she was growing up.
‘My first experiences of music come from my older siblings and parents tunes always playing around the house. My sister used to leave on the pirate radio through the night when we shared a room I remember that vividly.’
Our capital city is an inspiration to people who are visiting, but something else entirely to the residents. ENNY’s lyrics focus on her surroundings and the communities within London, which she has not only grown up around but continues to be surrounded by to this day. However, as parts of London that were once filled with culture are becoming more and more gentrified, ENNY explained how the blatant changes in her surroundings have affected her.
‘Change is always going to be hard to accept be it for better or worse. But it is sad to watch the places that watched us grow up be knocked down and replaced with things and people we don’t recognise.’
As the UK music scene continues to develop and grow, artists all over the country are being given more and more opportunities. Not only are artists producing music that makes people want to dance or even feel nostalgic, but artists like ENNY are also capturing the heart of our country in their lyrics. ENNY then went on to tell us which artists she’s been listening to recently, although as the music scene continues to grow so does everyone’s struggle to narrow their favourite artists down to just a few.
‘I’m loving the UK scene right now there is so much talent but right now I’m enjoying DC, R.A.E, Nix Northwest, Bel Cobain there’s too many!’
After putting in so much work writing lyrics, creating freestyle videos and producing several tracks, it’s no surprise that ENNY’s fanbase is growing at a rapid rate. Although the UK rap scene is still heavily male dominated, young female artists such as Lady Leshurr, Little Simz and of course ENNY are paving the way for a flourishing British female rap scene. So we asked ENNY what advice she would give to young girls aspiring to get into the music scene themselves. 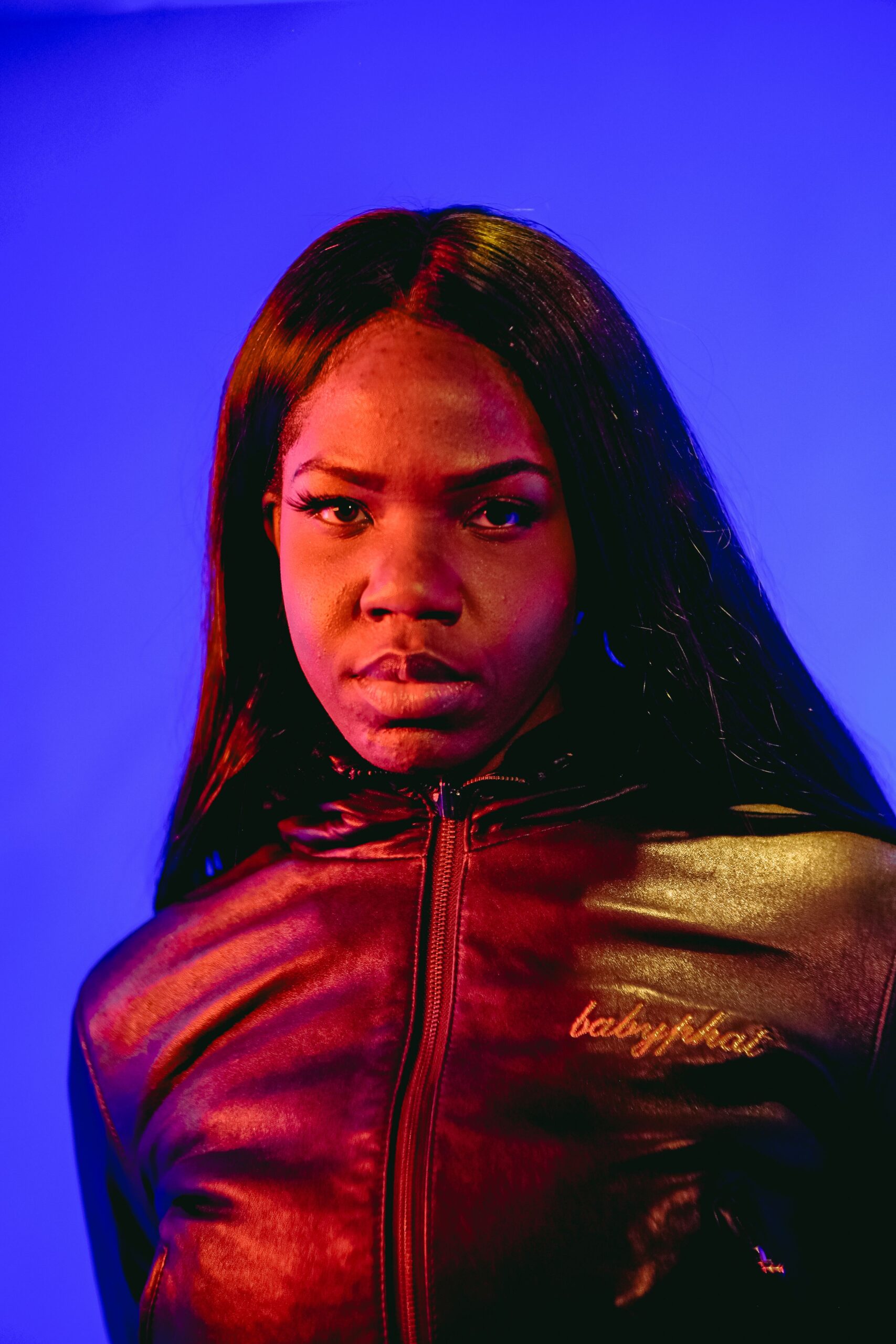 ‘Do you! And just go for it! Literally just go for it. There’s space for us.’
Quickly finding itself on playlists and radio shows alike, ENNY’s single ‘Peng Black Girls‘, has created an undeniable buzz in the music industry. Celebrating Black women in all their forms, the lyrics of ENNY’s latest single incapsulates inclusivity, diversity and familiarity for the residents of London. After the release of the tune, which has recently been remixed by the award-winning and breathtakingly talented Jorja Smith, ENNY instantly found herself and her single not only in people’s playlists, but also in their hearts. She explained to us that ‘The story behind the lyrics to ‘Peng Black Girls’ is that there is no story, it was just a beautiful subconscious moment.’
After working with Root73, a artistic collective based in East London, ENNY created and produced ‘For South‘ with new musical platform ‘The Silhouettes Project’. ‘The Silhouettes Project’ is a platform which allows underground artists a structure for work, a chance to network with fellow artists, and define their sound whether it’s jazz, soul or hip-hop. She gave us an insight into how she started working with the creative platform.
I was brought on board through Root73 a sick community studio/collective in Hackney there was just a great connection musically and they asked if I wanted to get involved. Working with them was wicked its so rare you get spaces that want you to collaborate artistically like this so it was definitely one for the books.
Head over to ENNY’s Spotify page to hear more of her observational and catchy tunes, and check out one of her cleverly written freestyle over Jay-Z’s ‘A Million and One’.
Sophie Wyatt2020-12-07T16:19:28+00:00