After starting to release his unique sounding tracks in 2019, faceless artist scott is okay is growing both his musical discography and fan base. Working with layers of sombre lyrics and pop-like synths, scott’s blend of genres and sounds makes his tracks instantly recognisable. We caught up with the budding artist following the release of his single ‘Money‘, to talk about his journey into the music industry, the main obstacles he has faced being an emerging artist during a world wide pandemic, and whether he will ever reveal the face behind the music. 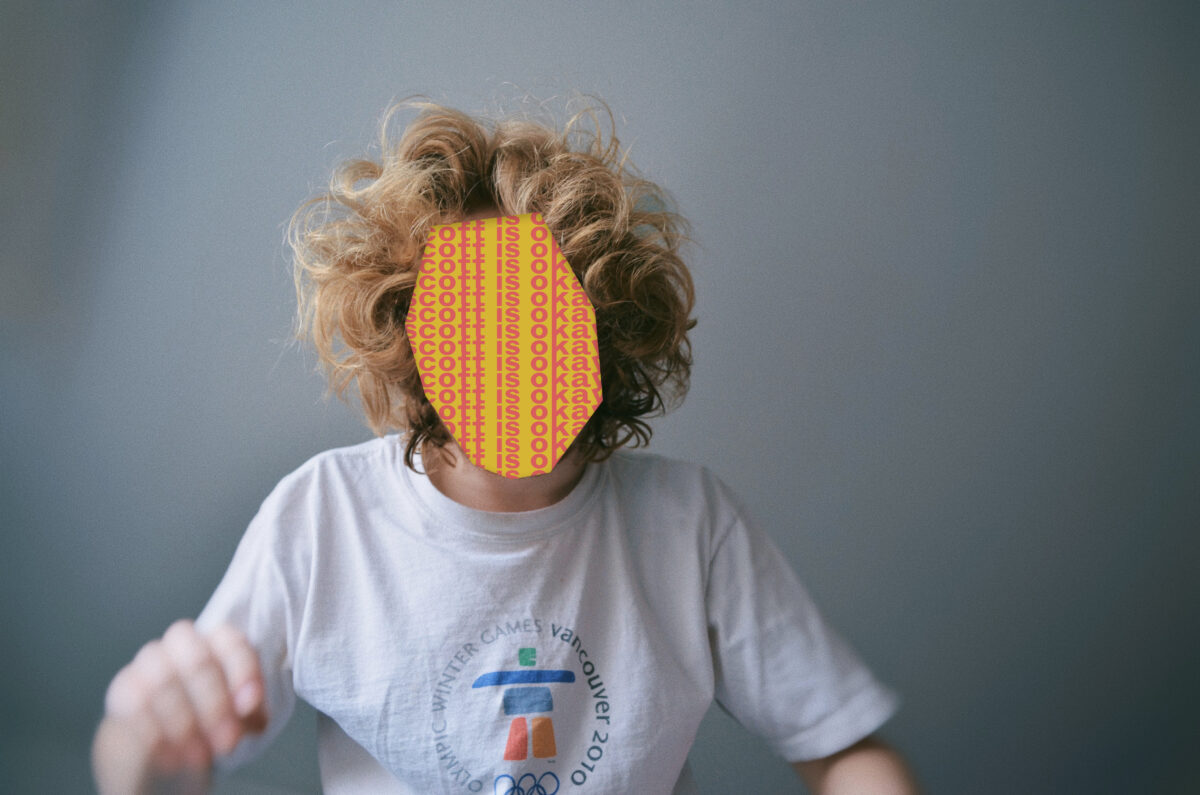 With such a unique blend of sounds, we were interested in where scott’s love for music stemmed from. And taking a trip down memory lane scott explained to us that his first prominent memories of music started with a jazzy song that is (unsurprisingly) full of funky synths.

Interestingly, scott explained to us that he did not explore his interest for music until much, much later in his life. It wasn’t until he was extending his creative writing that he chose to follow the route of lyrical writing.

‘I wasn’t really ‘into’ music when I was younger, but I was always a fan of creative writing, even if that’s something I wasn’t (and still not) that good at lol. It wasn’t until I started writing songs at 15 that I found a way to itch those creative writing muscles in a way that suited me way more.’

With the government making promises of when we will be able to return to pub gardens with our friends, our hopes for our dear live music events returning seem slightly more realistic. However, this does not take away the fact that the past twelve months have been incredibly difficult for every industry, and especially for those in creative jobs. scott gave us an insight into how he has dealt with the struggles of being an emerging artist during a worldwide pandemic.

‘I miss doing gigs, but I feel much more comfortable at a desk making my music than I do on stage, so I’ve been quite lucky in that regard. But the lack of doing… well anything really hasn’t helped creatively, life’s pretty stale at the moment. It also means I’m working on music, working my job, and living my entire life in the same room which has been a bit overbearing at the worst of times.’

While his music is full to the brim of heartfelt lyrics and emotion driven stories, scott’s identity is still a mystery to his fans. With his face edited out in all photos of him, he explained that this is for a much more personal reason rather than an ‘elusive faceless artist project’.

‘The main reason is so I can separate myself from the music, it helps when writing because I can be more honest and have this kind of safety net to hide behind. I also just hate having to take photos of myself, talking on camera, etc. so it’s nice to take off the pressure of having to check over every detail of my face every time I have to post something.’ 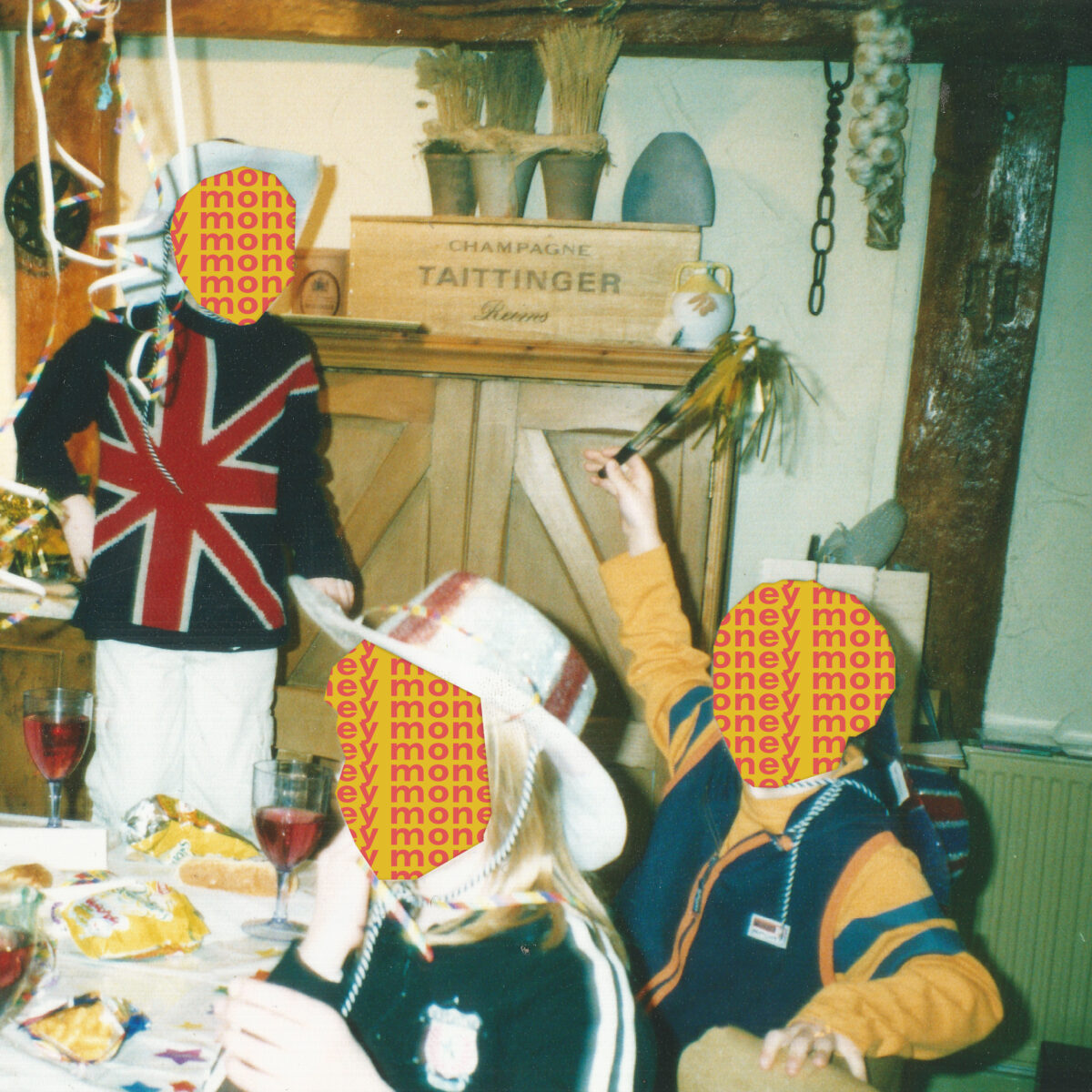 scott’s latest single ‘Money’ was released at the beginning of February this year. While the tune carries upbeat vibes, it also has a sombre and inviting feel to it. scott told us that the song was actually born out of a ‘happy accident‘.

‘I was thinking about some friends who I lost, friends I don’t speak to anymore, some who just fell through the cracks, and the first verse just poured out. The song was originally going in a different direction when the chorus hit until I accidentally played a part wrong and literally had to stop what I was doing right there and pursue this happy accident. After I finished the demo, I shared it online for some feedback and I received a message from an artist called Aaron Lindsay out of the blue with some beautiful harmonies he sang over the solo, they really took it to the next level. It was cool to collab with someone I hadn’t ever even met. Then 11 months later, the song came out.’

Alongside catchy synth-fuelled beats, scott’s lyrics tell the story of of the anxiousness of life and dealing with being overwhelmed by emotions. Combining these well-thought out words with such a unique list of sounds, scott’s music is very difficult to pinpoint to just one genre. So we asked scott to best explain his music in a sentence instead.

‘I’d say: it’s music for people who are fearful and anxious about their future, or anyone who overthinks the ‘every action has a reaction’/butterfly effect/chaos theory of it all. There’s a lot more of that to come too.’

While we wait tentatively for the future of the music industry to reveal itself, we continue to wait eagerly for music from our favourite artists (both emerging and otherwise). When we asked scott what the future has in store for him and his music, in true enigmatic scott is okay fashion, he left us wanting more…

‘I’m looking forward to people hearing what’s next, it’s been nearly a year since I wrote this current single and since then I’ve been writing and producing a lot, and more importantly, trying new things. I’m ready for the music to get a little weirder and more exciting.’

To check out more of scott is okay’s unique sounding tracks including newest track ‘Money‘, head over to his Spotify page!