Blending layers of neo-soul, hip-hop, jazz and R&B, emerging artist Saïna is developing her craft as she adds to her growing discography. The North-West London singer-songwriter/producer started writing songs at the age of 12 and has been perfecting her craft ever since. Since graduating the Brit School Saïna has gone on to work on a number of tunes exploring the themes of connection, vulnerability and renewal. We got the chance to catch up with the flourishing musician to find out more about how her heritage has influenced her music, and her newest track ‘Wrong Love‘. 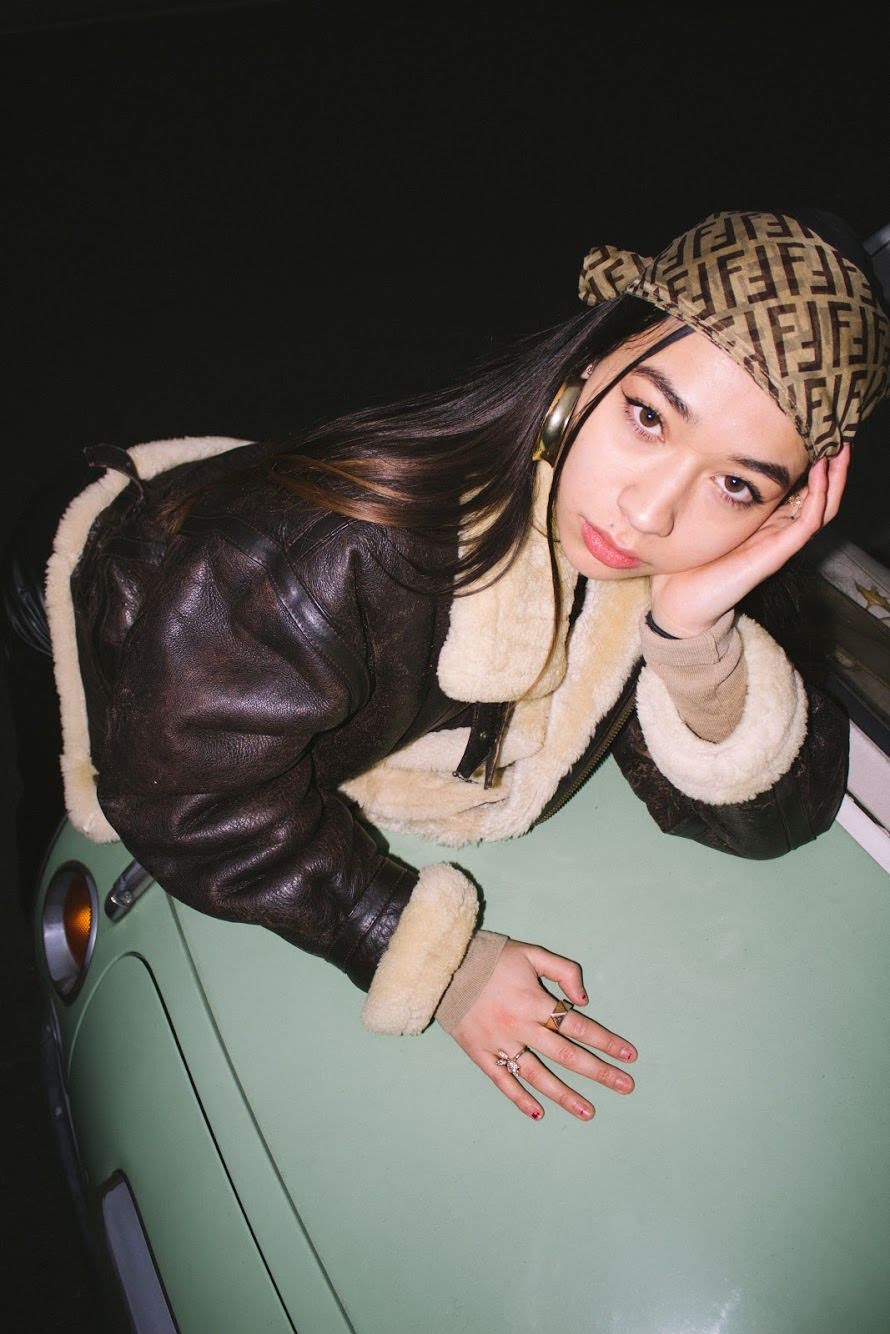 We decided to start right at the very beginning. We asked Saïna to take a trip down memory lane, back to her first prominent memories of music. She explained to us that her first memories are incredibly precious to her, and that her progression into music was just that, a progression. One that came incredibly naturally to the talented musician.

‘Not quite a memory but I have an old video tape recording of me at 1 year old, in a baby chair, swaying side to side to Honey by Moby. It must’ve planted a seed for my love for upbeat Hip hop sounds! My earliest memory of making music myself was when I was around age 6 and I would play a game with my Grandma, where she would give me a story and I would press keys on the piano to tell the story. It probably sounded horrible at the time but it was my first connection between story-telling and playing the piano.

I can’t say there was one particular moment when I wanted to make my music my career, but it probably evolved through my time at an afterschool club, ‘band club’, when I was started secondary school. There, I started singing while playing the piano and quickly fell in love with the process of writing my own songs.’

Lets face it, lockdowns have been crap (to say the least). We’ve missed family, friends and generally socialising. And of course, our live shows and gigs. Creatives have had to adapt quickly in order to solidify their space within the music industry, and essentially the ‘new normal’. And each and every person’s lockdown experience has been different. So we asked Saïna how she has dealt with the last year and if there are any positives she has taken away from it.

‘Despite days and weeks blending into each other – as for everyone else! – I found I was able to focus on my music and at one point I became a bit of a music-churning machine. There were times I had writers’ block, probably because life itself was fairly uneventful and contained. I got better at making the best use of my time to develop my old and new songs as well as learning about the music business so I knew better what I could expect from releasing independently.

I’ve taken away a lot of positives and the way I see it, you have to make the problem become the solution. The frustrations of Covid and not being able to play live, for instance, drove me to work hard on my sound and style.’

And with lockdowns, have come livestreams. Creatives and online personalities have been turning to livestreams, IGTV’s and online video uploads to keep their connection up with fans around the world. We asked Saïna how she’s been dealing with the transition from live shows to live streams.

‘I think both have their pros and cons so it was quite strange having to adapt. On a live stream, it’s less intense, perhaps, but it’s a bit strange not see any faces! The thing is, you have to adapt don’t you.  I think it’s been a nice change to do things differently. Stepping outside your comfort zone keeps you sharp and feeds your imagination.’

Saïna’s latest track ‘Wrong Love‘ takes her listeners on a journey through love, loss and heartbreak. The track really exhibits the talents of Saïna’s musical knowledge, and has gripped the hearts of many listeners. She gave us more of an idea of the story behind the track and the process that went in to making it. 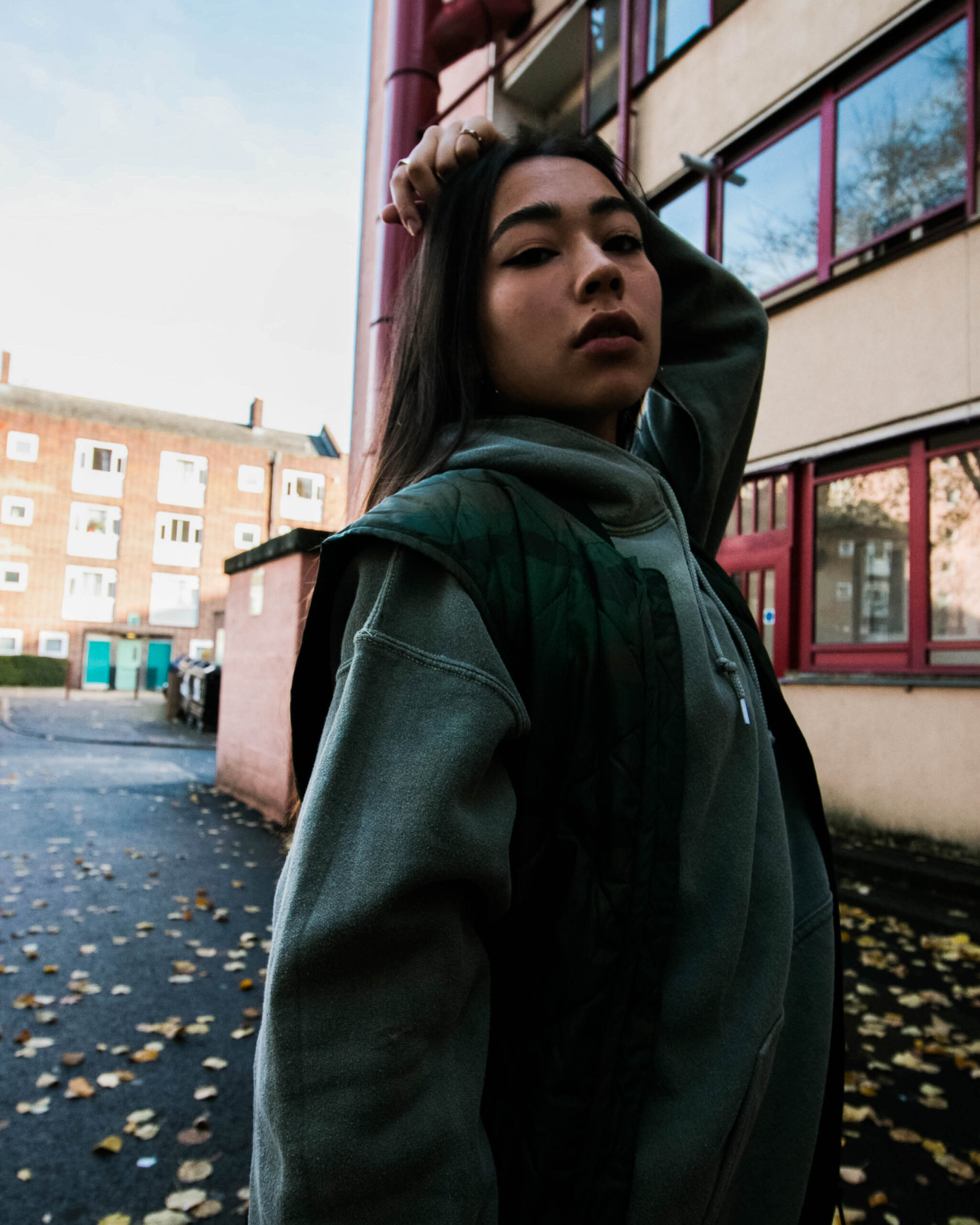 ‘Wrong Love originated from a time when I was in a toxic relationship. From that break-up and self-knowledge blossomed this song. I wrote the song wanting to acknowledge and express the pain and betrayal I felt, but the ultimate message was to say, it’s time to pick yourself up and accept leaving things behind. The song describes a journey from being in a confused emotional state to finding yourself again. It’s about self worth – and, not to be too metoo about it, but I was hoping to inspire other women with that message.

I wrote the song as an acoustic demo on the piano and my bassist, Charlie Runham and trumpet player, Joeseph Oti, laid down their magic on the track. A producer called Ojay Beats then helped piece the song together. It wouldn’t be the track it is now without them!

I independently released my debut single on the 5th of March and have been so overwhelmed and grateful for all the support and positive feedback! My team and I are in the process of planning visuals to support the marketing of the song with a music video to follow a bit later in the year.’

Growing up in London, Saïna was already accustomed to inundated culture on her doorstep. On top of this, the young singer-songwriter is also half Japanese. She explained to us how her culture has affected her sound and how she incorporates parts of her heritage into her music.

‘I’m half Japanese and grew up watching Studio Ghibli films. Most of the pieces I first learnt on the piano were theme songs from the films and I’ve always admired the composer, Joe Hisaishi, who makes the most magical and beautiful arrangements. I drew massive inspiration from his 7th chords and the dynamic emotions he explores.

Living in London all my life, I also grew up listening to UK artists such as Amy Winehouse and Adele. Of course, the fast pace of London and financial struggles have also coloured my style and song topics.’

As the interview came to a close, Saïna left us on some very exciting notes. While we excitedly wait for our beloved live shows to return to us, fans are relying heavily on hearing the soothing sounds of their fave artists. So the news of Saïna’s upcoming plans has us looking towards a bright, music filled future.

‘My plan is to release an EP this year, which I’m VERY excited about. It will be a concept EP that is very close to my heart. I’m quite particular when it comes to detail so I’m excited to work on creating this story, not just through my music but through visuals and creative collaborations.

I’m also really looking forward to getting back on stage and gigging again, too!‘

Head over to Saïna’s Spotify page to hear her latest single ‘Wrong Love‘ out now!