Speaking to us from Croatia, DJ, vocalist and producer Eliza Rose brightened up our Zoom screen in a vibrant green shirt. Whilst on holiday with her partner, we caught Eliza to chat about her developing modern-retro sound and how the music industry can make space for female producers. As a multi-talented instrumentalist herself, Eliza’s music has been the topic of conversation amongst the emerging artist community for a while now. But her song ‘B.O.T.A. (Baddest Of Them All)‘ has sent her career on an upward trajectory. But let’s go back to the beginning. 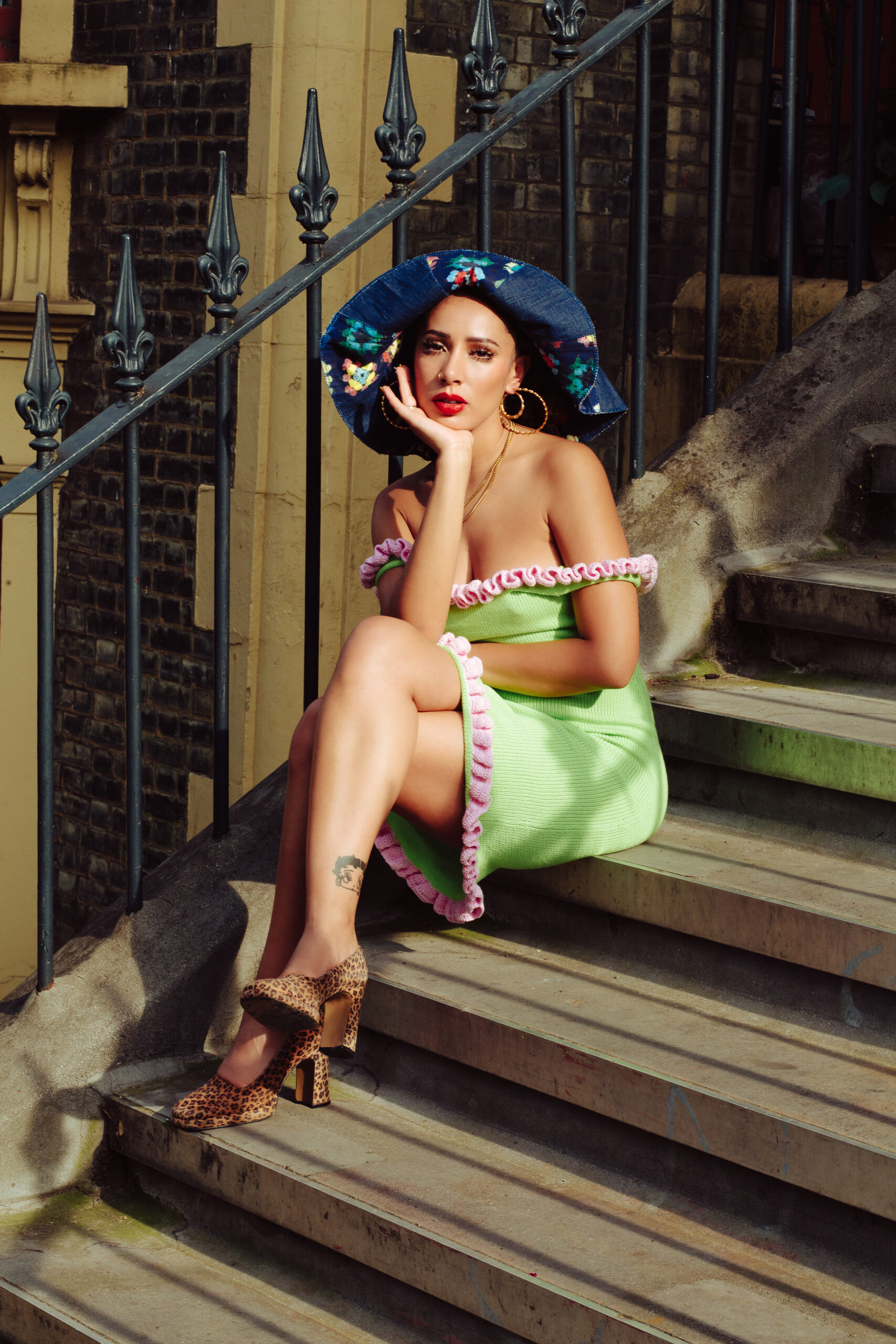 Growing up in East London, Eliza joined CYM, a music scheme run in Hackney. She was soon part of the choir and playing the clarinet, ‘I was actually shit at the clarinet because I never practised‘, she laughed. But while her mum was persistent about taking Eliza to sing in the choir every Sunday, her love for music grew. As she went through secondary school she started to listen to a lot of 90’s R&B, before falling in love with Amy Winehouse, and in turn artists from Billie Holiday to Ella Fitzgerald. Which is no surprise considering the classic, old-school tones that accompany many of Eliza’s tracks.

She explained that she picked up a job in a record shop in her teenage years. And in doing so, opened herself up to a whole new world of music. ‘It was really easy for me at the time to gain a really big scope of all these amazing, strong female vocalists from Soul and Jazz.’ As she started to create her own music and develop her contemporary style, she started to simultaneously solidify her position in the growing UK club culture. And while her music does employ classic jazz melodies and undertones, her music is so much more than a single genre. ‘I like to think of it as quite retro with a modern day twist. With my label, ‘Rose Bed Recordings’, I do a lot of Soul or Jazz tracks in an old-school, retro style and then I get people to remix that. I like the old being re-imagined in a different format. Looking at old things in a new light.’ And on the topic of her influences and taking inspiration from older, classic artists, Eliza explained ‘We’re all gonna be influenced by things that came before us. But we shouldn’t see it as copying but actually shining a light on the past.’

As previously mentioned, Eliza’s banger of a latest track ‘B.O.T.A. (Baddest Of Them All)‘ has become the soundtrack of the summer. Released just before Glastonbury’s return, the track was heard covered by a number of DJ’s around the site, as well as through tinny speakers amongst the camp sites. ‘It’s been crazy. I never in a million years expected it to do so well. I mean it hasn’t even been a month and the video itself has got like 70,000 views. I know it’s doing really well on Spotify. I knew it was a really good song, but I didn’t expect it to be on the trajectory that its on. It’s quite nostalgic, even if you’re Gen Z, there is that nostalgia to it, and a lot of different types of people are messaging me about it because of that. Someone will be out getting their fish of the day to it, do you know what I mean?’ she laughed. ‘It’s got a wide scope basically.’

While Eliza didn’t produce this track, she has produced a number of other tracks alongside her songwriting, DJing and singing. And like many others, she knows that something needs to change in the music industry to make producing a more accessible platform for women. While the number of female producers in the music industry is continuing to grow, many are still not widely credited or recognised for the part they play in the industry. So, for more women to step forward and follow a producing career or passion, more female producers must be given a platform in order to invoke confidence. ‘Having people at the top like Honey Dijon and Blessed Madonna has opened up more space for women and female-identifying people. Obviously there is still such a long way to go. Obviously visibility is so key. I think slowly but surely that is changing. And labels that are very male dominated have to make space.’

Eliza is continuing to work on future projects, while also basking in the golden shine of her latest smash hit. We can’t wait to see where her amazing career goes, and the further impacts she will have on the UK club scene.

Head over to Eliza’s Spotify page to hear more of her latest tracks now.