Growing up with near to no culturally relatable influences in the music industry, singer-songwriter, producer and clothes designer Congee (aka North Londoner Sam Tsang) is paving the way for young Asian creatives in the UK. While he has been a part of the music industry as a producer for a while now, it was only over lockdown that he tried his hand at writing songs and creating music videos. We caught up with the thriving artist to discuss why incorporating his heritage into his art is important to him and his first ever music video for his single ‘Be Alright‘. 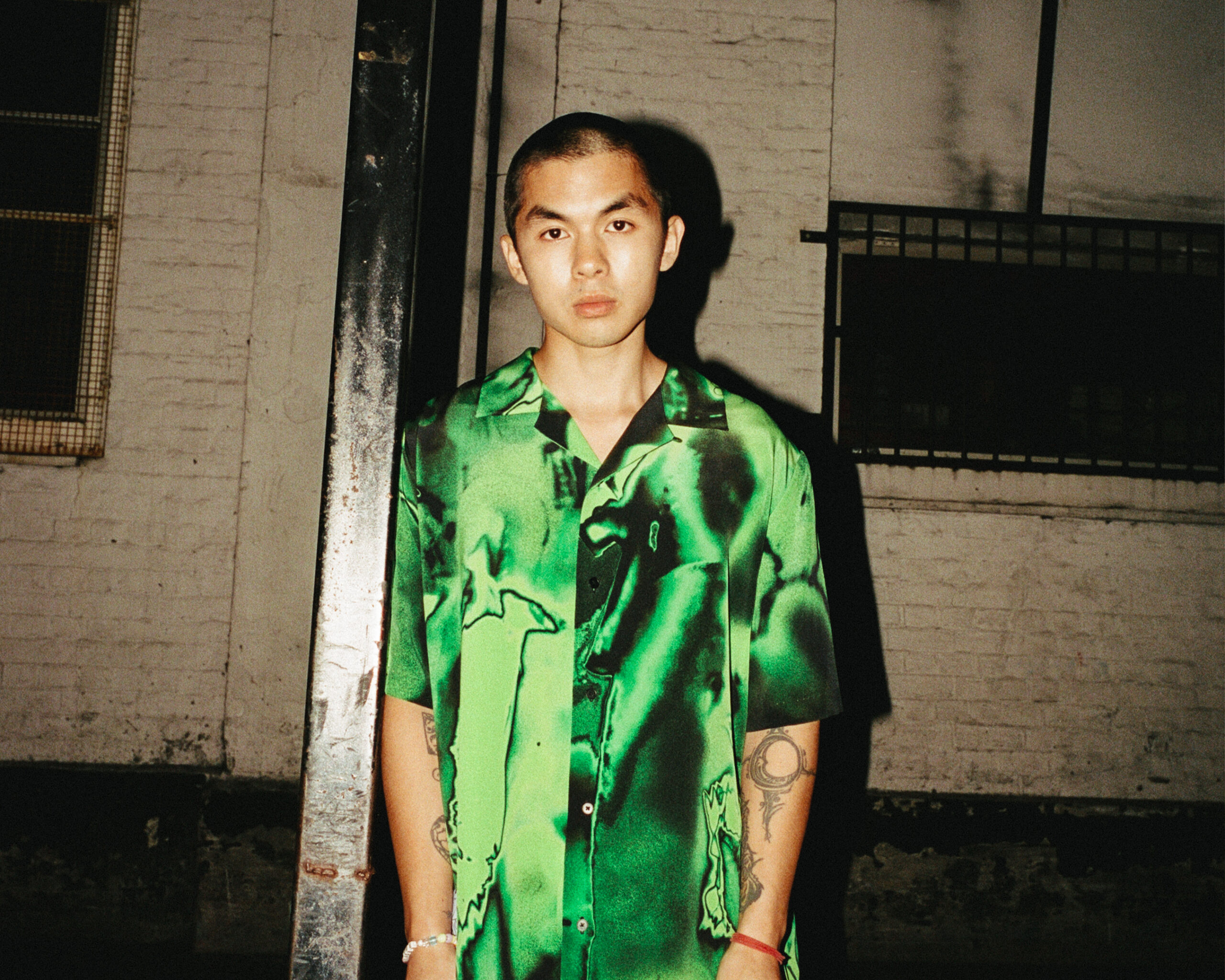 Jumping on a call with Congee from his home in Tottenham we dove straight into his musical journey. We wanted to know his first memories of music and how they have helped to shape the artist he is today.

‘Music was a weird one growing up, because we never really had it around. My family were never particularly musical. The first time I really heard music – my mum used to take my to this church she used to go to. It was a Chinese church and I couldn’t understand anything anyone was saying,’ he laughed. ‘And there was this guy who played guitar there. I was like ‘I have no idea what’s going on, so I’m going to focus on this guy that’s playing.’ So it started from there, because I wanted to get a guitar after that at around 12 or 13. My mum brought me one hesitantly, and I would practice on utilmateguitabs.com or something’, he laughed. ‘My sister was the music person in our house, she loved it. So the only music I only ever really heard growing up was stuff that she would listen to like Blink182, Sum41 and Green Day and stuff.’

With an artist name like Congee, it’s clear that the flourishing musician is on a mission to intertwine his work with his heritage. As a child of first generation immigrants, Congee takes time to make sure both his songs and videos call back to his heritage. With such a small (but growing) percentage of Asian men and women in the UK music scene, it is vital that artists like Congee pave the way for the younger generations to identify with artists representing people like themselves.

‘I grew up just never really seeing people like me – in music, in the industry, on TV. I didn’t have any Chinese or Asian friends back then. So I always just felt a little bit different. For so many years it was a thing of feeling different and trying to figure out what to do about it. All of these really random ridiculous questions in my head, but because I didn’t see anyone like me I was just like who can I look up to.

Over lockdown I did a lot of reflecting. And I always had an itch to start an artist project. I was doing a lot of producing for other artists before and I think I just thought it was the right time now. Right now there are a lot more Chinese and Asian artists coming up and I just felt really encouraged by it.’

Congee’s debut EP is set to be released 20th May. And while we wait patiently for this release, we wanted to know what exactly he was hoping to achieve with this project. Accompanied by a number of music videos, the tracks will take listeners on a journey into the inner workings of his mind and daily life.

‘The main thing I wanted to achieve with this project is the idea that it is the start of a world being built, visually and sonically. Thematically it does touch upon stuff to do with growing up, and the first single talks about my relationship with my mum and how we’ve found it hard to communicate. There’s touches of that in the whole EP. It was all just made in my room, so I would just use whatever I had to hand. It was just me playing around and making loads of tracks, most of them being bad, and then the six tracks on the EP are the ones that felt good to me.‘

While we wait for a stream of music videos to be released throughout Congee’s upcoming EP and beyond, we are still amazed by his debut video for his single ‘Be Alright‘. It has been contested by fans of the track as to how the artist and his team created this amazing video. Was it green screen? Did they REALLY paint all that? So we had to get down to the bottom of it.

‘I loved it. Like I said before building a world is everything I want to do. When I was there thinking about what we could do for ‘Be Alright‘, I went to one of my closest friends Callum (who’s an illustrator who is doing the painting on the boards) to think of an idea for the video. I was at the beach the week before and you know the really cheesy photo boards with the face holes? I thought maybe it doesn’t need to be so cheesy and we could say something with this. And we went away and thought of scenarios where you might not be ok. Like maybe I’m not OK being a toenail‘, he laughed.

‘I knew someone that built the studio I was working at so they helped with the boards. And my friend knew this guy who did green screen stuff and we didn’t know if it was possible to do that. But we just really wanted the actual boards to feel real. I’ve shown some people that are so sure we did it on the computer. But we spent so many hours trying to paint all of it. I really loved it and love the whole process of creating videos. It feels different to making music which is really important to me.’

And with an EP on the way, we know that Congee is set to have big plans up his sleeve. He assured us that even though is yet to play live, he intends on inviting all of his listeners into his growing world.

‘Currently we’re trying to get a band together. I’ve never actually performed live. So it will be an interesting time, I don’t really feel nervous. But what will be really exciting is translating the songs I’ve created live. I think it will feel good. And currently I’m just making more music and seeing where it takes me.’

Head over to Congee’s Spotify page to hear his latest tracks, and keep an eye out for his upcoming EP!