Hailing from London, Celine Love is on a musical journey of self-discovery. Her angsty honesty set against tones of R&B make her music instantly recognisable and has obtained her a large following. Being of African-American, German and Jamaican decent, Celine has a wealthy of culture to draw on when she creates her music, and in turn has many different influences. We caught up with the flourishing singer to discuss her musical upbringing and debut EP ‘Aquarius SZN‘. 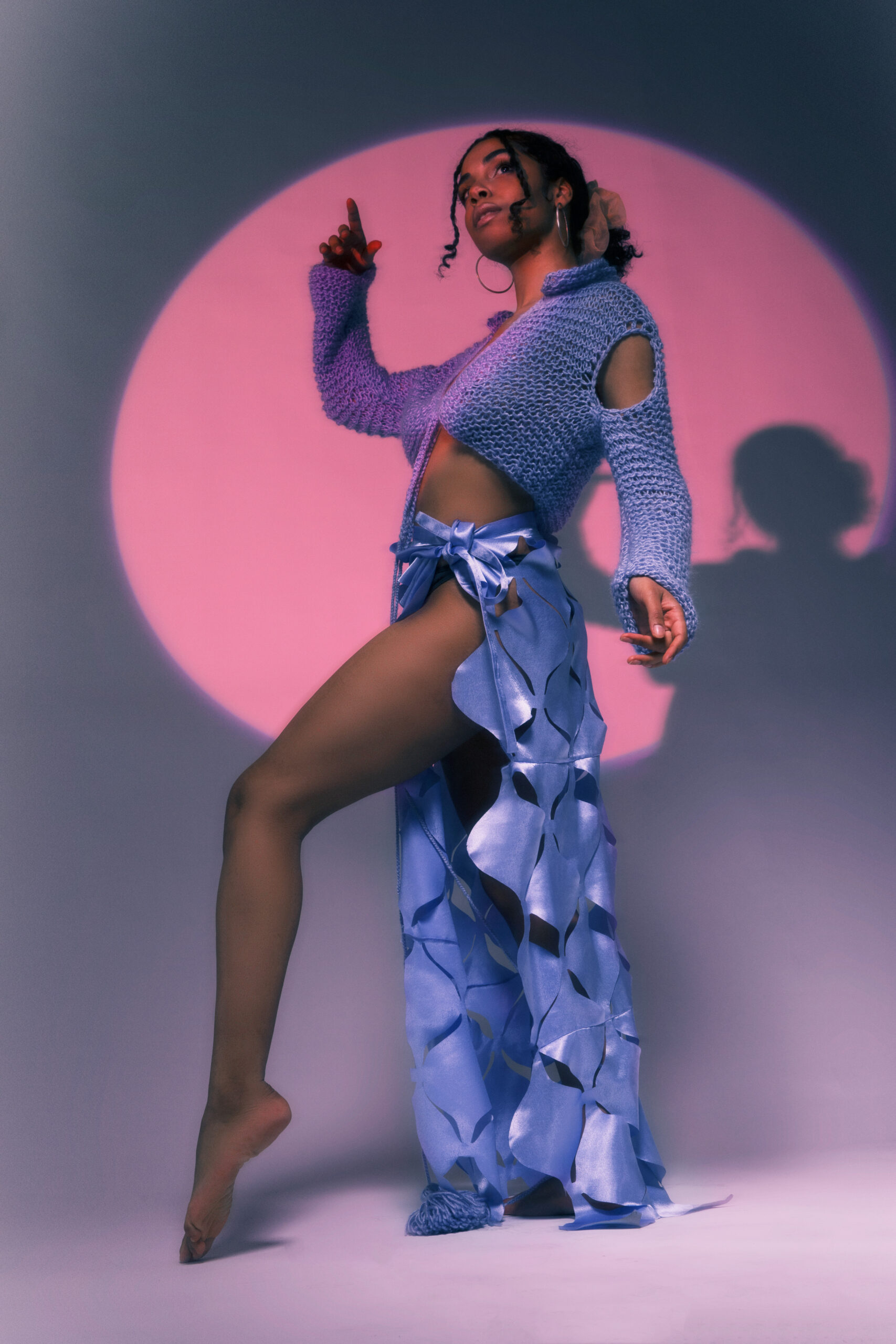 Being a Resident Artist at the Camden Roundhouse between 2018 and 2019 was just one of the impressive milestones Celine has reached in her time in the music industry. But we wanted to go back even further, to Celine’s childhood. She described to us how music first impacted her and made its way into her memories of growing up.

‘It’s hard to think of memories growing up that didn’t somehow involve music, I am lucky to have grown up in a household of musicians. I think I discovered music as something powerful and exciting for myself when I got obsessed with the Lion King soundtrack and would twirl around ,singing my heart out until I quite literally knocked out a tooth.

I was a big Avril Lavigne fan when I started songwriting at 11 years old. Although my music now is nothing like hers I’ve always strived to write as honestly as possible and be specific, clever and bold with lyrics. Especially her early albums really embody that.’

Often described in many different ways, Celine’s music has many layers to it. So to define it under one genre-label seems like doing it an injustice. So we asked her what her music means to her outside of the constraints of genre.

‘I love that question because I always struggle to stick to a few adjectives when describing it. My music is extension of my brain, I’m extremely imaginative and I overthink a lot and I’ve grown up with multiple backgrounds and influences. The songs reflect the complexity of that because at heart they are folk songs with storytelling and metaphors at its core and I mainly write on guitar. But the musicality and production of things swing between R&B and indie pop.’

Celine recently released her debut EP ‘Aquarius SZN‘. An ‘Aquarius through and through‘, the young musician draws on her astrological qualities to produce a reflective and vulnerable 5-track EP. Working alongside producer TR33, Celine was able to create a masterpiece for her debut, and we wanted to know more about how she found putting this piece of work together.

‘It was really special because there was no pressure. TR33 and I worked on the songs over zoom during lockdown and aimed to combine our influences and enjoy the process of creating. I wanted to write quite vulnerable lyrics and be really honest to be able to capture where I was at in my life . The EP is almost like a time capsule and diary, very specific to how I felt late 2020 and early 2021.’

And then we came to one of the harder questions. Which of the 5 tracks on the EP does Celine connect with the most. And while it may be difficult to pick just one of the amazing songs, Celine narrowed it down to a special favourite.

”Still Life‘ is my secret favorite and others have told me this as well. It didn’t end up being a single but it definitely has something special. ‘We’d ruin a piece of art in time by bringing movement to a still life’ is one of my favorite lyrics I’ve ever written.

I was also more involved with production on this one and developed the cello and vocal outro, which means I feel more connected to the track as a whole.’

Finally we wanted to know what is to come. With her EP recently released, Celine is not stopping there, she has much more up her sleeve that we will await eagerly.

‘I have another project in the works with songs that I’ve been playing live for years, so these are my babies and I am very excited. I am also going to release more self-produced tracks in the future which I am finally feeling brave enough to share. I am leaning even more into guitar based songs but also exploring different worlds with some great collaborators. Overall it’s a whole bunch of new songs, old heartbreaks and self growth. And world domination of course.’

Head over the Celine Love’s Spotify page to hear more of her music including her debut EP ‘Aquarius SZN‘.