Singer-songwriter Matt Maltese gives an insight into his new body of work ‘Ballad of a Pandemic’, and some of his anxieties as a musician in lockdown 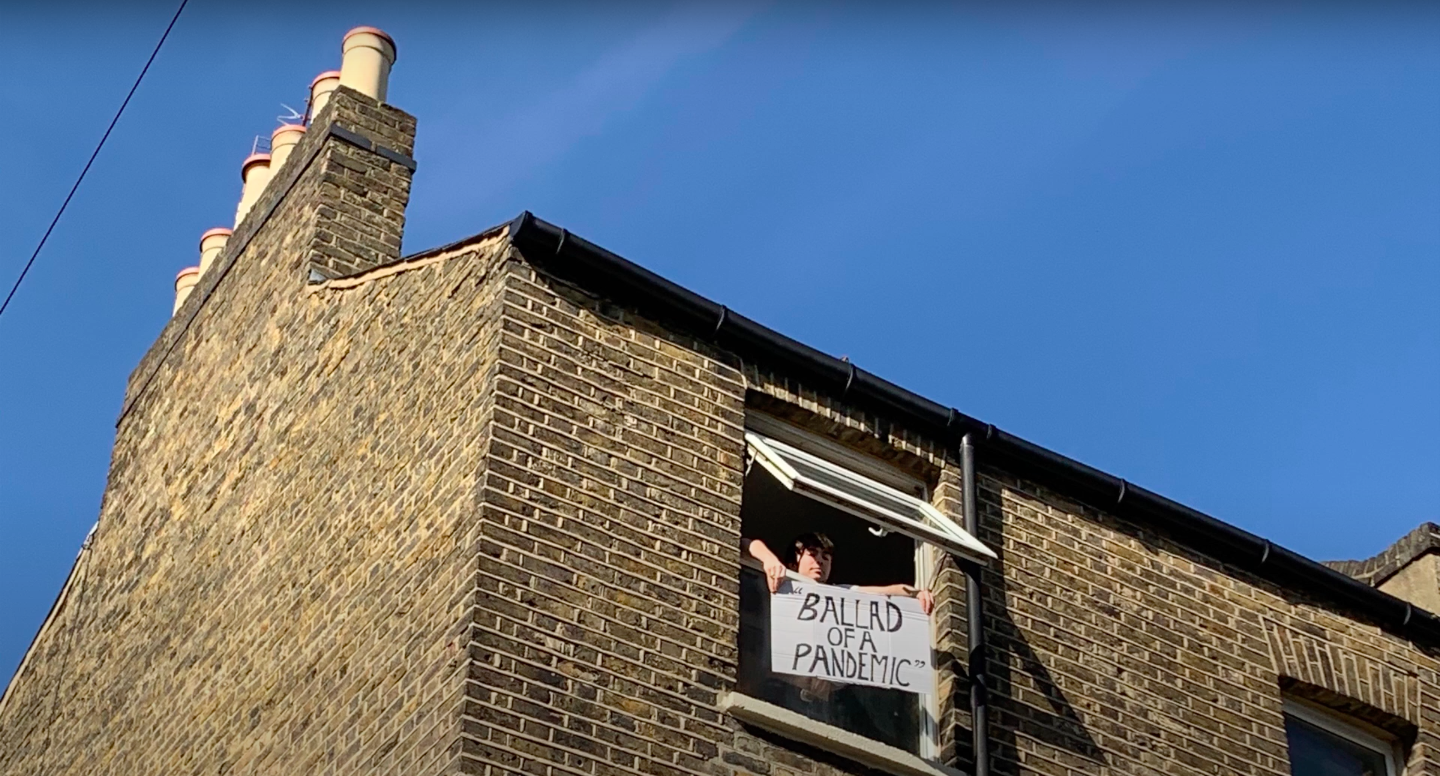 ‘I get up, as everyone’s day starts… Sometimes I go for a run. Drink a lot of cups of coffee. Reading pointless shit on my phone, and then just sitting at my desk trying to write songs, thats kind of been my days, everyday. It’s kind of what I already know’.

A familiar routine to many, we sat down with Matt Maltese over a video call to discuss how he has been handling the unfamiliar concoction of banality and anxiety of life in lockdown. Having recently released ‘Ballad of a Pandemic’ for charity on Youtube, Matt’s familiarity with a bedroom studio and late night recording sessions have meant he has been able to achieve at least some sense of normality during quarantine.

As we begin our call he shows some of his current work, a hip-hop styled melody with the velvety, crooning vocals that have rightly earned Matt a dedicated fan base over the last few years. However, he is still unsure about this new addition to his writing. ‘I’ve done another track like this but the rest are sort of sweet rocky,’ echoing tracks such as Tokyo from his previous album.

So how is it to be a musician during quarantine? Obviously there is an almost international closure of music festivals, with live shows and public gatherings still being banned or tightly regulated across the globe. Matt is no exception to this, with his summer lineup of festivals being largely cancelled. By changing to online ‘concerts’ on platforms such as Instagram, many musicians have been able to curb their boredom, however the economic fallout for many artists will have severe repercussions. This overall climate of anxiety naturally has had an effect on the creative capabilities of artists and musicians. ’I’d say it’s harder to make something in this time, to create something… I worry, I am a big worrier and this time brings a lot of things to worry about. I miss my family, I miss seeing people I love. I get a lot out of self-imposed isolation and right now it is on no one’s terms, it’s definitely hard.’

Whilst there is a complete lack of live shows, and only a few online press responsibilities, this hasn’t meant that the new wealth of time has been noticed. ‘Time suddenly takes on a different dynamic, it moves really fast. I feel like April disappeared, I’m a lot less productive. A lot of what I am writing will be influenced by this time, I’m not sure how yet but I guess I will find out when I see the finished body of work I create‘. 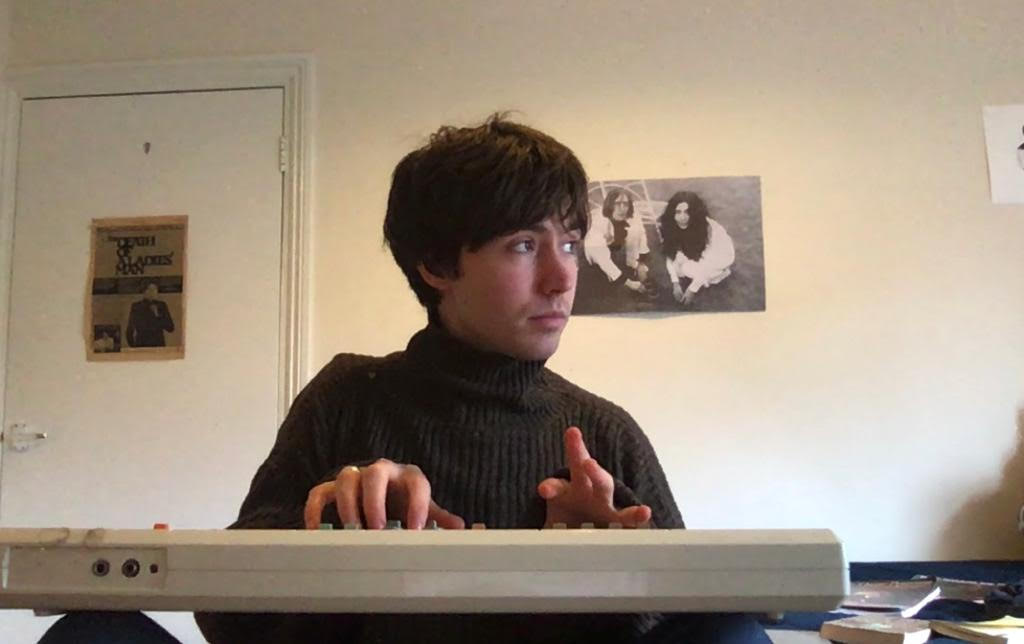 Matt working from home, taken by himself.

Matt’s release of ‘Ballad of a Pandemic’ early on in the lockdown solidified his attitude to the current crisis. ‘I really liked the idea of using the small platform I had for charity, especially when it feels like a very lucky job to have.’ Uploaded only three days after the beginning of the UK lockdown, it’s fair to say that it was a quick response to a rapidly changing situation. ‘I thought it was too on the nose, but I thought why not just put it out. It’s not become something I want to write a whole album about, I don’t think people will want to talk about it’. The lyrics, despite being written during the opening days of self-isolation, manage to hold up to our shared experiences over the last few weeks. We are encouraged to ‘help our neighbour,’ even if they happen to be fairly disagreeable. ‘These sorts of situations highlight humans good traits and bad traits. There’s a little bit to sing about. But I am thinking about how it’s going to come out in a way that doesn’t already rehash what everyone already knows, but sort of embraces this new world we are in.’

Indeed, Matt has never been one to shy away from the darkness, with songs such as ‘As the World Caves‘ in postulating our eventual demise from atomic warfare. And what would Matt like to say to his past-self? ‘You have no idea mate…’ However, the 2017 song seems to have found a new audience in the current climate. ‘That song has weirdly had a moment on TikTok. All these pretty strange videos, there’s like 3000 videos. And some of them have four times more views and likes than my actual videos do, I kind of don’t understand it, but it’s great. It’s incredible how we sometimes want to listen to something so present, I guess part of me thought that it would be too close to comfort listening to apocalyptic things, but I guess people sometimes engage to dark things when it’s dark. I always liked the darkness. It’s maybe all very different when it is actually dark out there.’

Whilst ‘As the World Caves In‘ was a fantastically buoyant discussion of the apocalypse during Matt’s self-titled ‘post-brexit-pop’ stage, ‘Ballad of a Pandemic‘ is perhaps a more visceral observation of the artist’s own fears. The refrain ‘I’m scared’ serves as a sobering break that this is anything but reality. And although weeks have passed since the song was initially shared, Matt admits that this fear has not gone anywhere. ‘There’s still a lot of fear. I fear for when this will end, if infection rates and deaths will go down. It’s still a lot of unknown and there isn’t a lot of direction from those around us, we are all just trying to work it out. So there is fear. I’m still scared.’

Despite this, Matt is continuing to write and record as much as he can. Shut away in his Elephant and Castle home, this area of South London has become his stomping ground since moving there a few years ago to study, having been raised in Reading. ‘We’re all sort of… not friends before this but we’ve sort of become a little family. It’s really strange, this time, it kind of feels closer than I’ve been with anyone ever. They are nice people. I’m really lucky, I have my pretty small room, which is made even smaller because I’m messy.’ However, his feelings still call towards home. ‘First thing I will do? Hang out with my mum. And see a lot of friends very soon after that, just have a conversation that’s not about coronavirus, that would be great. It will be such a trigger word in 8 years.’

Matt is set to release his new song ‘Queen Bee’ this coming Friday, and an EP later this summer, but in the mean-time check out some more of his moving and thought-provoking songs HERE.