Gloucestershire-based Blossom Caldarone is a master of story-telling. Her upbeat tunes in addition to her truthful lyrics embody nostalgic Lily Allen vibes. Since releasing her first EP back in 2017 Blossom has been releasing a constant stream of singles showcasing her lyrical genius, while also weaving in her talents as a pianist and cellist. We got to talk to the flourishing artist about her abilities to re-tell stories in such a moving and relatable way, and how lockdown has effected her as an emerging artist. 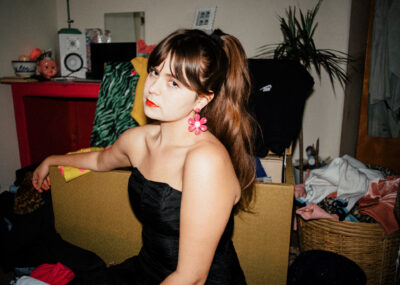 Growing up with a band member dad and a music loving mum, it’s no surprise that Blossom’s passion lies in creating unique music herself. Learning the cello and piano from a young age also meant that Blossom has had the opportunity to learn and develop her preferences as well as her own sound. With such a musical upbringing, we asked Blossom if she has a prominent first memory of music. ‘So I started playing music quite young. I guess that’s a big one, I remember having music lessons when I was like five. I went to this fun little music school. So that’s kind of my earliest memory but I mean my house was quite musical, so I grew up around music which is obviously the main thing that get’s people into music. My parents would play a lot of Ska growing up, my dad was always in bands so watching him play as well.

I started playing cello when I was like five maybe, and then I taught myself piano from the age of about eleven I think. I don’t think I’ve explored the cello enough with my artists projects, I’d like to do that a bit more. I am starting to incorporate it a bit more into my music now which is really fun.‘

Blossom explained to us that growing up in such a musical household means that she holds older music close to her heart. While she is conscious of the new music being created, she finds happiness in the nostalgia of old music. ‘A lot of singer-songwriters, like Johnny Cash, Billy Joel, Elton John, Carol King. Just a lot of classic song writers that I guess our parents generation listened too. Lots of kind of sixties bands like The Lovin’ Spoonful, The Beatles, Mary Hopkin, lots of old music. And I’m still quite bad at listening to anything but that now. I need to start branching out a bit. I do listen to a lot of new music, I live with singers as well so we know lots about what’s coming out. But I always kind of naturally gravitate back to the older stuff that I love, rather than the new stuff that I’ve found. Why that is I don’t know, I just find it more comforting I guess and that is why I like listening to music.‘

‘I think I realised a lot of it was to do with the people around me, because I’ve really struggled to right this past year. I get most of my inspiration from being out and about, seeing and meeting people and that’s just been possible this year so I’ve been really stifled. The EP that I put out last year was based around other people’s stories rather than my own, purely because I had all of these songs but none of them were very introspective, none of them were very self-analytical or anything. I kind of enjoy writing about other people more so than myself.‘

With creatives all over the world still in disastrous situations following lockdowns, they have had to migrate to social media in order to maintain a connection with fans. And with toxic productivity rife over the past year, artists and non-artists alike have felt the pressures of using their time to work and create. Musicians have also had the added pressure of not only creating music but also keeping up to date with content on social media for their fans. We asked Blossom if she’s been feeling these pressures as an emerging artist. ‘I have actually, I have quite a lot. I think I didn’t at one point, and then over lockdown I just thought there are some people that are just so amazing at it and it comes so naturally to them. And actually social media does come quite naturally to me, I do enjoy it. I’m good at making sure my timeline is diverse and not stuff that’s going to make me stressed, I try and make my online space careful. But I did feel the pressure because I felt like there would be a massive catching up to do once lockdown had finished and when stuff goes back to normal. I’m always worried about not doing enough and falling behind, I’m quite neurotic about it. So for me it was the whole productivity thing, like if I’m not posting, or going live or showing everyone that I’m still working in lockdown then what am I doing? And really what I was doing was stressing and having a breakdown like the rest of the world. 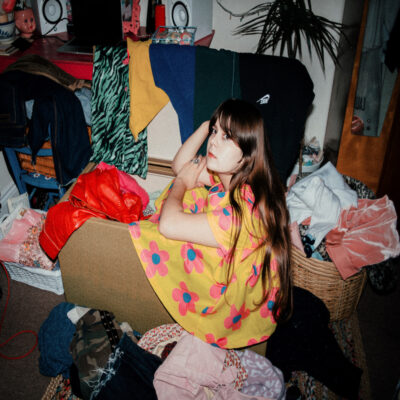 Everyone’s trying to prove their hustle all the time, prove that their grinding and I mean that’s boring anyway all that matters is that you’re having fun and you’re happy. But I think this year especially it was like ‘despite everything that’s going on look how fantastically productive I’m being!’ And I was like mmm not me, sorry,‘ she laughed.

Growing up with different genres around her, Blossom’s music is a product of not only her own mind but also her inspirations from the music world. So instead of asking Blossom to define her music as one specific genre, we asked her to try and sum up her sound in a sentence. ‘I’d probably say it’s really honest, and not too serious anymore. I think it’s so easy to get caught up in what your sound is and your image and all of that stuff, and I just hate it. So I think just honest and lots of fun, it’s not an eloquent sentence but that’s how I’d sum it up I think.‘

One of Blossom’s most popular songs is her single ‘Less of a Girl‘. The song delves into the ins and outs of transitioning from girl to woman, and has become a relatable track for so many. Blossom gave us some more information about the story behind the lyrics. ‘So I mean I thought I had a shit year in 2019‘, she laughed. ‘I just thought everything was going wrong, my mental health wasn’t very good, my Nona (my family are Italian so that’s my grandma), died and we were so close. So that really threw me because that was the first person that was really close to me that I’d ever lost. So I wrote it about that, and about growing up. I feel like so many firsts happened that year, so it was a moment of realising that I’m no longer a girl I’m a woman, look at all these big girl things that have happened to me. And then this year happened and it’s like aged me, I feel like forty now.‘

While the UK enters their third lockdown, the future is continuing to be hard to predict let alone plan for. Blossom explained that while she has some hopes for 2021, she is taking every day as it comes.’You know what, I’m kind of in a weird place at the moment because I have lots of songs I want to put out, no money to do it with. My music situation in terms of who I work with all changed this year for a multitude of reasons, so now I’m managing myself and doing completely independent stuff, so I don’t know actually at this point. I think it would be really cool to meet new people this year, I’m working with some really nice producers and amazing musicians. I think just make as much music as possible and somehow get it out into the world is my plan, I’d like to put an EP out this year, that’s my plan.‘

To hear Blossom’s newest single ‘Girlfriends‘ and the rest of her playful, relatable tunes head over to her Spotify now!