At just 19, Birmingham based singer-songwriter and producer Amalia is absorbed by music. Starting out in classical music from an extremely young age, Amalia went on to realise her path was to follow music as a solo artist and eventually a producer. Striving for female empowerment within the music industry (and for her listeners), her music takes you on emotion-driven journey’s with her blend of neo-soul/pop/jazz tunes. We got to speak to the budding young artist about her journey through music, her newest single ‘Easily‘, and what we have to look forward to from Amalia.

Taking Amalia down memory lane, we asked the flourishing artist to think back to her first prominent memories of music. She explained that while her music is influenced by pop music today, the first artists she remembers listening to are far from her own developed sound.

‘My inspiration as a child was probably singers like Adele and Jessie J, which is really strange because my genre style has changed so much now. But vocally they were the ones that influenced me to want to be on stage and be a singer in general. There’s not anyone that is very musical in my family, but they listen to a lot of different styles of music. So being around music all the time just really inspired me.‘ 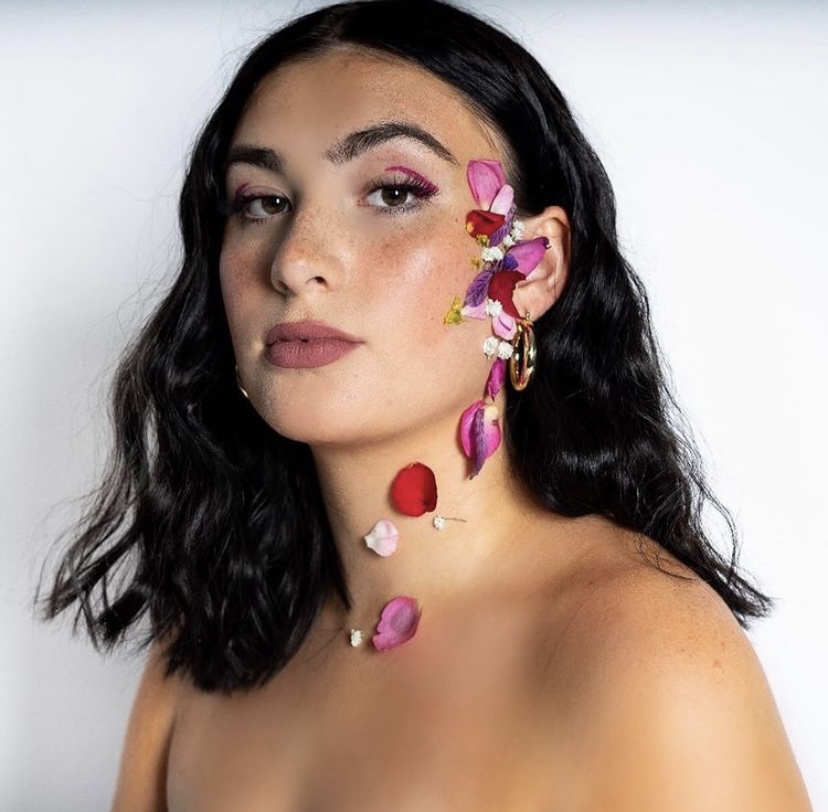 Not only have Amalia’s music listening preferences changed as she has grown, but her musical style also. Starting out in more classical music, her journey through the music industry has been a very interesting and unique one.

‘So my journey has been a bit crazy really, because I started off in classical music. I was scouted to join a choir in Birmingham when I was in year 4. So I did shows with them around Birmingham and they went on to do a youth chorus, which was just an older choir but it was more professional and we did tours. I think I was about 14 when I joined the youth chorus, and we started doing shows at the Symphony Hall and the Royal Albert Hall. And I think from that moment when it was on a larger scale I realised that that was all I wanted to do, to perform. I remember saying to my mum, I think I need to get out of the choir thing to get on my own path. And then it was the process of going from singing with so many people to moving on to be a solo artist and that’s when I started taking performing and writing seriously. Everything just kind of fell into place, there was a realisation but it’s always been performance and music for me.‘

Amalia’s music is had to pinpoint under one genre, as she takes inspiration from so many different artists and sounds. Combining jazz, R&B, pop, neo-soul (the list goes on), it would seem ridiculous to ask her to define her music as just one. So instead we asked her to try and sum up her music in a sentence.

While Amalia has been included within the music industry for a number of years, she did not have much time to develop as a solo artist before the global pandemic began. With creatives forced to stay at home, with very little inspiration, and fans with no live shows, the creative industry has taken a serious blow. However, Amalia explained to us that while she has faced her fair share of obstacles, she has found ways of dealing with this very strange time.

‘I think for all creatives this time has been crazy, being stuck indoors 24/7 kind of makes you go a bit crazy. I think structure has definitely helped me, I don’t know if that’s because I’m a virgo but I definitely need structure in my life. So I’ve just been making a timetable of my weekly stuff, giving myself tasks to do and people to email. Just having that daily plan but also making sure you have time to relax is important. I do yoga and meditation before I go to sleep as well and that definitely helps clear my mind, meditation is a life saver.

In the first lockdown I bought some equipment and I just told myself that I was going to learn how to produce. And I found a lot of Facebook pages have been set up throughout lockdown and Linden from the duo Farr set up a page for women in production and he does some Zoom classes. So lockdown gave me a lot more time to look into production and I’m glad I did, because it’s another thing I don’t think I would’ve ventured into if I didn’t have the extra time over lockdown.’

Adding to her growing discography, the end of January 2021 saw Amalia release her latest single ‘Easily’. The tune radiates her energy through and through. With every lyrics dripping in emotion, we asked Amalia to give us a backstory to the track.

‘I actually wrote that song a year ago. I’d just come out of a relationship and I felt like I was more into them than they were into me. That was a new situation for me and I felt vulnerable, so that’s what the song was about. Just feeling like someone else has a hold over you and you don’t know what to do. So I went to the studio and I met my producer who I’m still working with now, and we were choosing songs for my EP and he said ‘we need to release ‘Easily’ as one of your singles because it stands out’. I was a very long process, but the creative side has changed so much. It’s definitely grown a lot. ‘

While we sit with fingers crossed, waiting for our live music events to return, artists like Amalia are keeping us sane with a constant stream of new music. Amalia explained to us that we only have to wait till spring to hear more of her genre blending tunes.

‘So my EP is coming out in spring, it has five tracks on it. Four singles and then an acoustic cover of my debut single. And then after that I’ve got some summer releases as well. But I’m currently going through the process of a contract, so I don’t know if I can say too much about the summer releases, so we will see how it goes.‘

Head over to Amalia’s Spotify page to hear more of her genre-blending tunes, including newest single ‘Easily‘.