Bilingual singer-songwriter Nina Cobham on influences and her latest track ‘What Colour Does This Feel Like?’

Using both her Spanish and English heritage to intertwine stories of platonic relationships and undeniably moving sounds, Nina Cobham is taking the music world by storm. Nina takes a new stance on the world around her, and fans could not be more thrilled. We got the chance to catch up with the bilingual artist on her journey through music, her Spanish influences and her latest project ‘what colour does this feel like?‘.

First of all, we wanted to know where it all started. So we asked Nina to take us down memory lane so that we could dig deep into the inner workings of her musical childhood. She explained to us that it was thanks to her dad that her love of music developed when it did.

‘My dad, he’s where I get probably any interest in music from. From as long as I can remember he was playing guitar and  encouraging us to learn instruments, playing music around the house or in the car, taking us to local gigs, etc. A lot of our  conversations from a very young age have been centred around music or musicians. My childhood as a whole just feels like a  prominent memory of music to be honest!‘

Nina went on to explain that her love of music soon blossomed into a passion for creating her own. She explained to us that there was no pinnacle moment where she decided to create music as a career as such, but rather a gradual progression which led her to where she is today.

‘I’m a really passionate person, so I think the pursuit of anything else that I wasn’t as passionate about would’ve been a waste of my life and that’s what it came down to in the end. I pushed it to a point I realised I really had no plan B. I think the first time I  realised I had any interest in creating music was when I was 7 years old, it all just grew from there.‘ 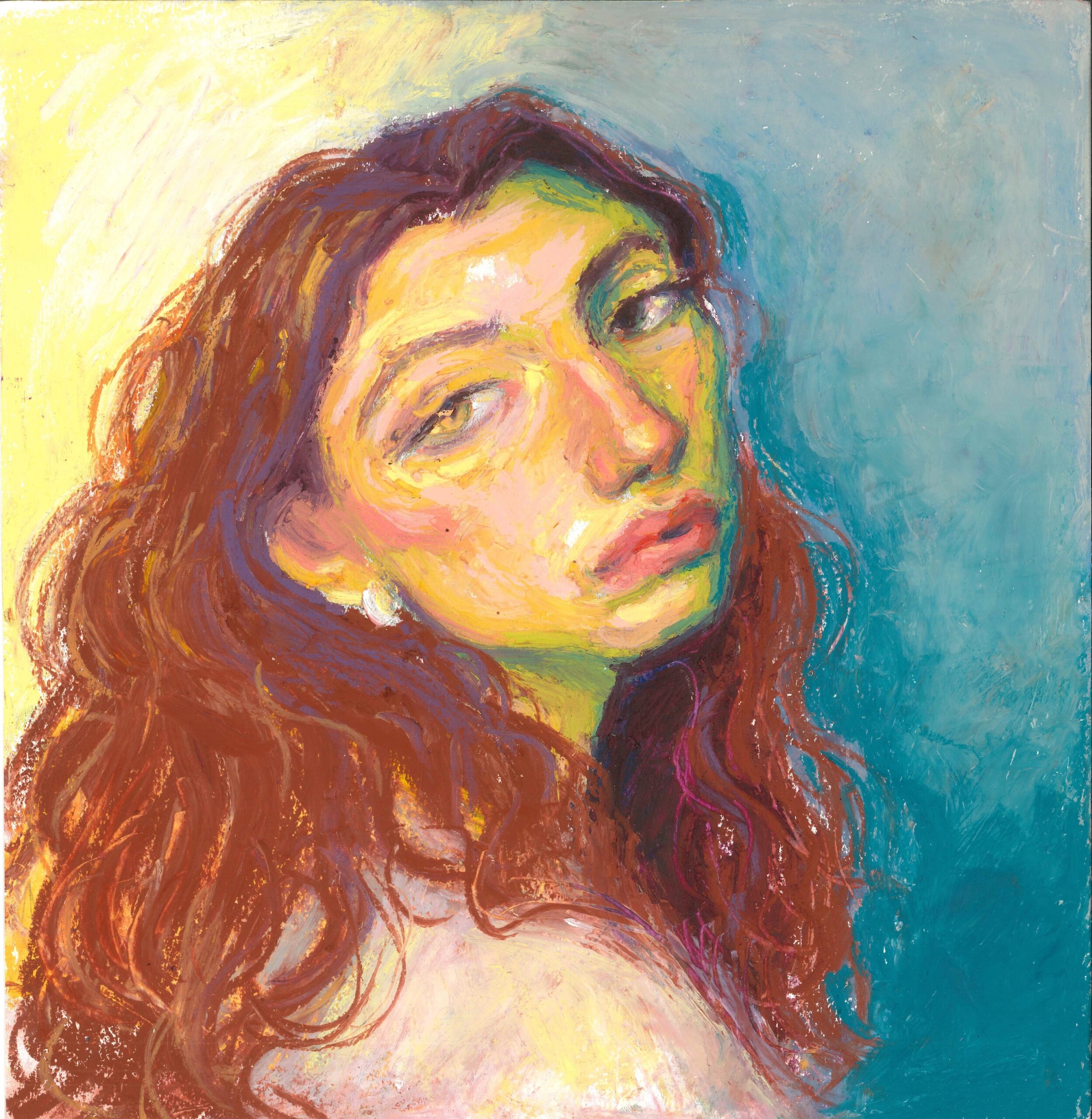 And like many artists, Nina has found herself in challenging situations over the past year and a half. While transitioning from live shows to live streams has been somewhat of a blessing for fans who are craving sets by their favourite artists, this huge jump to online sessioning has also come with it’s issues. Nina explained to us a bit more about how she has felt as a creative during lockdowns.

‘Personally I’ve found it really hard, I find it hard to separate myself and my creativity or need to create, so when there have  been extended periods of time without feeling inspired it. It gets into a bit of a cycle; your mood and being stuck in the same  room for months affects your creativity, and then your lack of being able to create worsens your mood and you start that cycle  again. An advantage of being forced into having space from everything and everyone has forced me to overthink everything,  and really sit with what I want in life and what I want to create, what I want to be. As I was realising these things, I felt the  music I was creating was starting to feel more like ‘me’. Because of that chance to be so intensely introspective, a lot of what I  wanted before the pandemic is different now, same with who I was vs who I am – it’s all evolved into something I’m excited  about. As hard as I’ve found it on my mental health, I’m weirdly grateful, but I’m ready to not feel physically confined.’

Having grown up between the outskirts of Leeds and the south of Spain, Nina has a rich cultural heritage. She is also one of the few emerging artists in the UK right now that is consciously submerging both her cultures into her music terms of language. Aside from being heard within the songs, many of Nina’s tracks are titled in Spanish. We asked her if she thinks her Spanish heritage has influenced the way she hears and creates music today.

‘Definitely, even maybe some parts on a less conscious level (that I might not be able to trace back and pinpoint), but I think  anything you’ve encountered in live as a creative person influences you later on, especially things we’ve been just naturally exposed to forever – it’s just there, sometimes obvious and other times as a underlying thing. A really obvious prominent  turning point in my music was really near the start, I had been releasing songs on Soundcloud when I was like 15, and the main  reason I began incorporating Spanish into my lyrics is because I was sat at dinner with some family friends who have been a  really core part in my upbringing, and they joked about me making music for my English family and not them – that was the  point where I really made a conscious decision that I wanted to write with Spanish be inclusive of them, it was just a small circle of close ones listening to my music at that point anyway. I dropped ‘Te extraño, pero…’ a few months later and the rest was  just a snowball effect really.’

The terms ‘genre’ holds a very different definition now in terms of music to how it did say 10, 20 years ago. With artists and fans having more access to music through technology, musicians are able to create their very own personal sub-genres. And for that we are forever grateful. We asked Nina to explain her music outside the realms of ‘genre’.

‘This one is difficult, I fully don’t know how to answer – especially because each individual song I create can be really different.  My music is storytelling I think, I try to just do what serves the song and think about what genre to maybe classify it as  afterwards. Some of them have really dark synthy feels to them and others more light, but I aim to create music that feels  spacious.’

‘what colour does this feel like?‘ is Nina’s latest project comprised of 4 tracks. Swiftly gliding in and out of English and Spanish, Nina shows with this body of work that intertwining languages within the music world is a stroke of genius. As European music starts to integrate itself back into the popular UK music scene, artists such as Nina are shooting to fame even more by embracing their native language. Nina went on to explain a bit more about the process that went into creating this project.

‘This first EP is 4 songs, I’ve always been inspired by movies, and soundtracks to movies – how they tie the scenes and the  content of the scenes together. Songs that describe colours and moments happening on screen, sounds that explain the emotions that aren’t being said. The EP is quite reflective of my mental health during the isolation of lockdown, and just living through  escapism. In my head they represent different ‘colours’; different times of a day/ different seasons of a year – different  experiences, but yet are all grouped together with common threads. Predictable is kind of the 2am ‘the night before’ song,  interested is the summer mid-morning vibe song, por razones sentimentales is sunset and Too Much is night time again.’

The last track on Nina’s most recent release is ‘Too Much‘. The track takes you on a journey into the inner workings of Nina’s mind and her ability to romanticise aspects of her life. A video to accompany the track dropped last week and Nina explained to us a bit about how exactly she transferred her exact thoughts at that moment into a visual representation.

‘From watching movies, personal experiences, exaggerated/overly romanticised memories that didn’t actually happen the way I remember them, things I wish I could experience – anything and everything, it really is just a big culmination of everything I  take in.’

Finally, Nina went on to look towards the future. As we strive towards a ‘new normal’, and hopefully begin returning to our beloved music events, artists such as Nina are also keeping their fingers crossed. But in the mean time the flourishing young artist is looking forward to filling her time with creating more music.

‘I really just want to grow and gain experience, have fun with it and create whatever I want rather than trying to confine myself.  Consistency is particularly important for me right now, after the past year, so this EP leads into more releases fairly soon after.’

Head over to Nina Cobham’s Spotify page to hear more of her genre-blending music, including all the tracks on her latest EP ‘What Colour Does This Feel Like?‘ You can also check out her video for ‘Too Much’ right here.