Combining an enchanting mix of spirituality and R&B, Sydney-based singer-songwriter Milan Ring has engrossed herself in a number of different musical avenues. She has dabbled in everything from singing to rapping, mixing to producing. And she is not stopping there. The flourishing multi-instrumentalist has recently released her debut album ‘I’m Feeling Hopeful‘, and we were lucky enough to catch up with her to chat about her new project and what she has planned for the future. 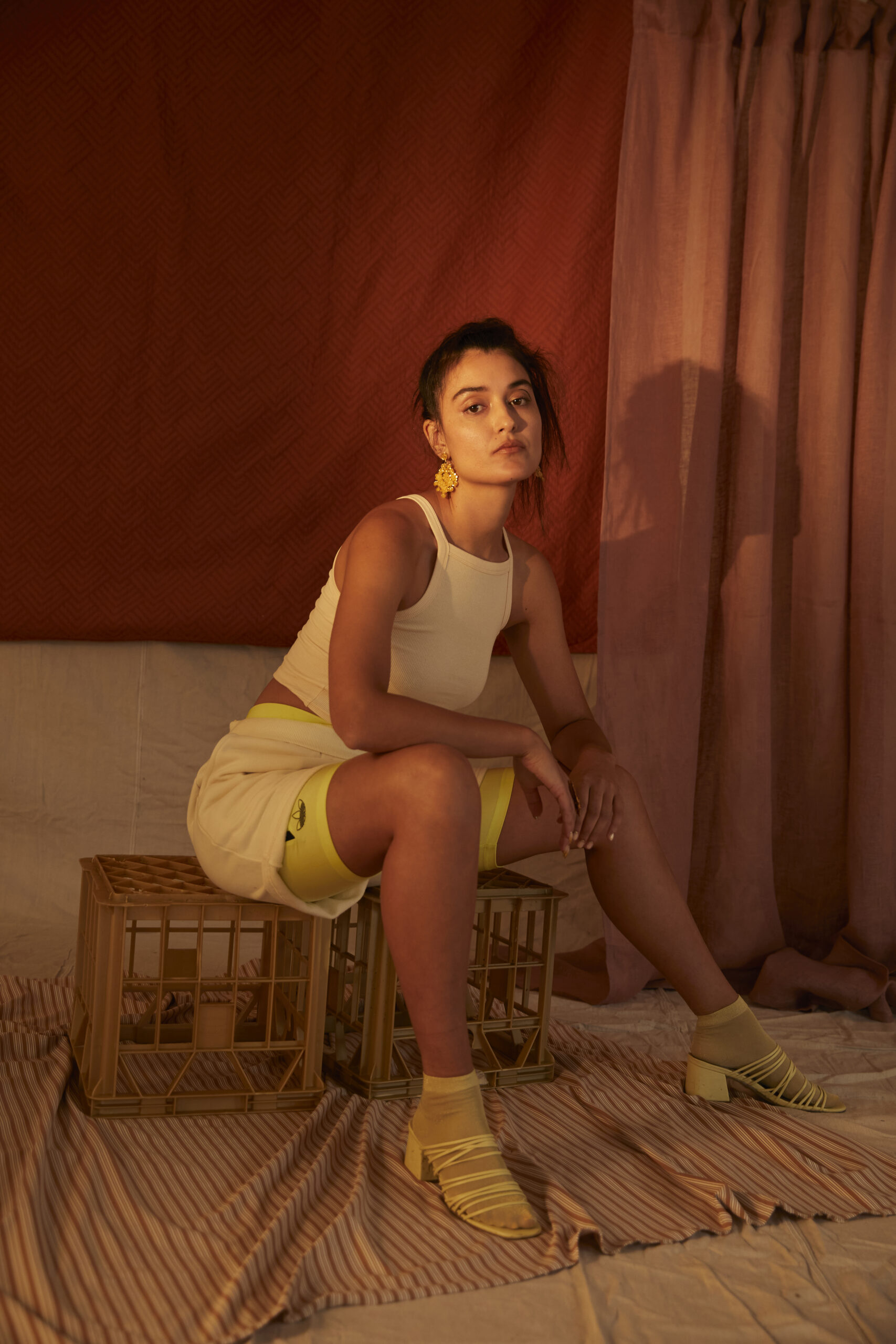 We kicked off the interview with Milan by asking her to deep dive into her earliest memories of music. And she did not disappoint.

‘I remember my mum playing Prince whilst I was bouncing around in my bouncy chair, I remember going to local jazz gigs with her when I was young, and I remember the moment I saw a friend playing the guitar and knew that was what I had to get my hands on!‘

Since entering the music industry back in 2014, Milan has worked with a number of different mediums, experimented with vocals, mixed and produced her work. And that is just the start of her journey. We asked her whether there are any other instruments/musical avenues she would like to explore.

‘I’m Feeling Hopeful‘ is Milan’s recently released debut album. The 14-track album experiments with a number of sounds and vibes but remains instantly recognisable as the Aussie musician. Aside from feeling hopeful of course, Milan explained there are a few other feelings she hopes her listeners embrace while listening to the album.

‘I’d like people to also feel connected, feel the pain, feel the love, feel warmth, the darkness and the light.’

She then went on to talk about some of the tracks on the album that she feels particularly connected to. While she is of course fond of all of the songs she has created, there were a couple that she pointed out as being particularly special.

‘‘Hide With You‘, ‘Dreaming‘ and ‘Hands Are Tied‘. They are all songs that were mostly if not completely written, recorded and produced by me, so I think they maybe feel like my whole soul. Lyrically they also are all about the search for freedom, but the songs themselves deliver that freedom to me, and hopefully to others also.’

For an artist of such range in terms of functions within the music industry, to brand her under just one genre would be almost insulting. So we asked her to sum up her music outside the constraints of genre.

‘It is an exploration of warmth, light, grit and analogue textures, imprinted in a metallic, dark, neat and structured world. Ha! Or just indie R&B or something like that.’

Finally Milan spoke about the future. Since putting out her latest project, Milan has not stopped. She has continued to grow her avenues of music and experiment with different sounds and genres. Along with the shows that are set to start up again in 2022, we are on the edge of our seats while we watch Milan grow and prosper.

‘In terms of music, I am going to keep my sense of curiosity and explore and push myself in new and different directions. I’m really excited to be creating new music. Also just the shows! I can’t wait for the tour next year and more growth with my band and team. And maybe I’ll be rocking a Guqin or another beautiful string instrument at a show in the not so distant future!‘