‘I can fit in anywhere! I don’t really know where my roots are, but I think I’m quite adaptable and like moving around,’ Francesa Bergami exclaims via Zoom. Haste was lucky enough to speak with the multi-talented artist, songwriter and producer, better known by her alias Lyves. She is currently in the middle of a small village in Italy, where her father is from, finishing off the demos for her forthcoming project. In fact, she chats to me from the very same room where she wrote her debut EP ‘Like Water’, back in 2017. 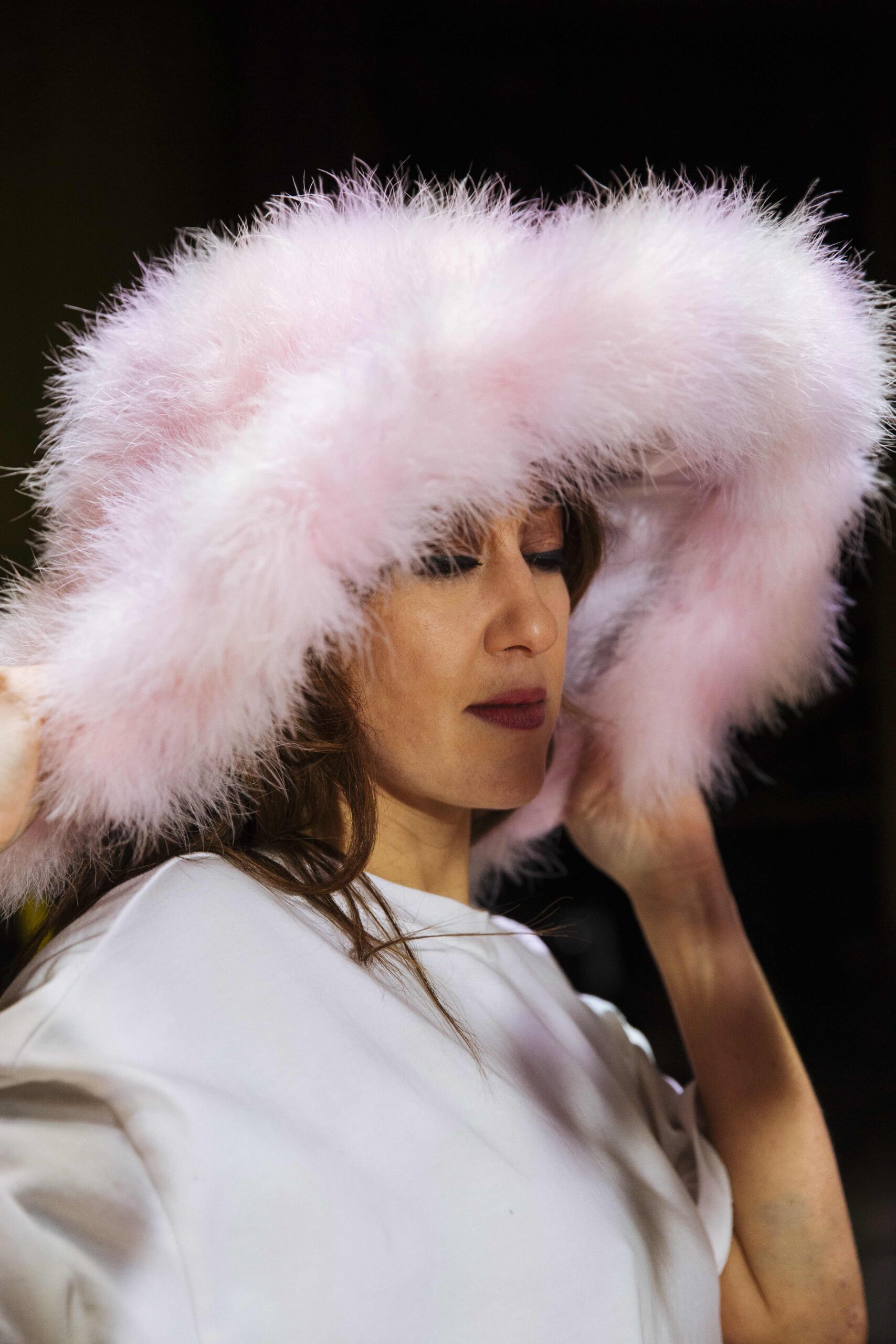 The EP received critical acclaim from NME, Notion, COLORS and more, and has over 20 million streams on Spotify (I highly recommend watching her performance of ‘Darkest Hour’ to get a taste of her mind-blowing vocals). Just this month, ‘No Love’, a track from the EP, was beautifully sampled on Vince Staples’ new album, ‘Ramona Park Broke My Heart’.

Francesca was born in England to an Italian father and Australian mother, but grew up in Portugal and Australia before returning to London, where she’s now based. She says that the ever-changing environment throughout her upbringing subconsciously influenced her music, ‘No one in my family is particularly musical but we loved music, and I remember listening to every single record my parents had. In Portugal, they have the most beautiful Fado music, which is profoundly melancholic. It is quite similar to my sound!’

Francesca’s music is all-encompassing, or as she puts it – longing. It’s soulful, honest and emotive, often accompanied by the most captivating visuals. Perhaps contrastingly to the poignancy of her music, I quickly find that Francesca has an infectiously warm and bright personality. It also becomes clear that we have very similar interests – our love of writing and passion for mental well-being.

Touching upon our experiences of lockdown over the last couple of years, we acknowledge that mental health has come to the forefront of many conversations. Before pursuing music full-time, Francesca spent time working with young people struggling with eating disorders. She took a big risk by leaving that line of work, but it felt right – ‘some of the young people encouraged me and told me to go for it’, she says. ‘I like to hope that my music gives back to some of those experiences.’ I can certainly see the impact of that work in her raw lyricism – her openness allows listeners to resonate with her.

She has currently been on a two-year hiatus, honing her skills as a producer as well as a singer-songwriter. Underpinned by a fusion of genres including soul, R’n’B, pop, folk and electronica, her forthcoming EP ‘Change’ will show a different side of her.

Two singles from the project are already out in the world. With a nostalgic R’n’B and soul influence in combination with contemporary piano and touching lyrics, ‘How Would It Feel’ bravely marked the beginning of this new era.

‘Change’ is simply heart-wrenching, and features an ethereal music video. It’s actually the first video that Francesca has actually starred in – a significant move in the opening this chapter. She reveals her vulnerability through her lyrics, ‘Lift me out of your arms / my eyes aren’t open yet / It’s like I’m running away.’ This, alongside a soft guitar and synth which tempestuously builds into a powerful crescendo, makes for a serene listen.

Francesca is certainly a storyteller. As we reflect on her growth as an artist over the last five years, she draws on her willingness to allow listeners into her safe space. She says, ‘with my last EP I felt like my lyrics were very much a stream of consciousness, whereas for this new era I really focused on what I wanted to say and the message I’m putting out there. When I write I don’t listen to anything, I don’t watch anything, it all comes from within me – I don’t really have any external influences.’

Co-produced with the incredible singer-songwriter, guitarist and producer Dave Okumu, Francesca exclaims that her new music is even more personal than her last body of work, ‘it’s more personal and honest than before which will hopefully connect to people.’ Francesca expresses how wonderful it was to work with Okumu, ‘he’s such a beautiful soul and a real light, he really encouraged me with the production side of things.’

Despite being exceptionally excited and proud of the music she has created, Francesca does share her nerves about her new experimental sound, ‘the next single is called Shame and it’s completely different to anything else I’ve released before. I’m trying to be brave because if we’ve learned anything over the last couple of years, it is that life is short and very precious.’

Head over to Lyves’ Spotify page to listen to her latest tracks, and watch the music video for ‘Change’ here.