At just 20 years old, Somriddho is already making quite the splash in the fashion scene. An androgynous, gender-fluid model, the young activist has faced his fair share of hardships, but continued to work through them not only for him but for his community. Growing up in India, Somriddho was faced with pressures from his culture as he began to grow and develop himself. 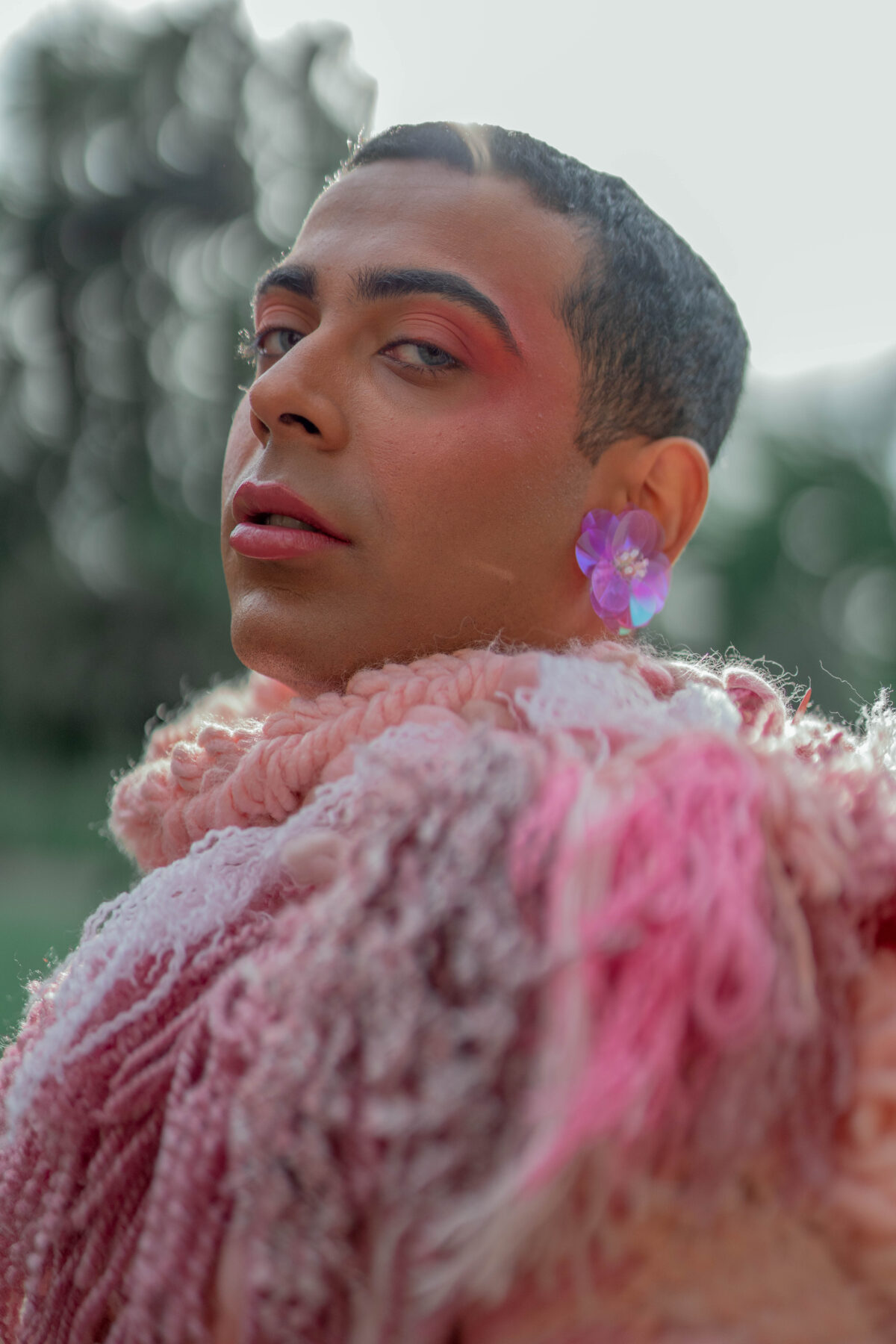 Growing up in a culture in which masculinity is placed on a high pedestal, Somriddho found himself devoid of expectations. He explained that, while India is changing and developing now, growing up outside the norm was incredibly difficult to manoeuvre. Coming from a country where LGBTQ+ acceptance is scarce, Somriddho told us that his family have always been loving and supportive of who he is.

‘In our culture, a lot of emphasis is placed on masculinity if you’re a man. You’re expected to look and act in a certain way, in ways that are considered the norm. Things are certainly changing now, but wearing makeup in public or an outfit that is not stereotypically masculine is something Indian men can still not even think about. So obviously, growing up I was also expected to acted in a masculine manner. I told my parents about my sexuality and gender identity when I was 16. They were a bit surprised at first but soon, accepted me for who I am. It honestly felt so incredible that the people who are such a big part of my life understood me. It is not something that is very common in our culture and many queer people do not ‘come out’ to their parents until they’re capable of living independently. So, I feel incredibly lucky.’

Somriddho then went on to explain how he came to understand gender fluidity. After moving to the UK and tuning into the world’s biggest and best drag show, he realised that labels were becoming somewhat obsolete in his mind.

‘When I first moved to England! It was through the TV show, RuPaul’s Drag Race that I realised that gender does not have to be just masculine or feminine. One of the drag queens who really inspired me was Sasha Velour. Her drag combines masculinity and femininity beautifully. I honestly consider her work art.’

Within exhibitions, gigs and generally all of our fun closed down for the past year, it’s more than normal to feel a bit lost. Fans and creatives alike have been feeling the pressures of productivity over lockdowns. However, Somriddho explained to us that he has spent this time focusing on raising awareness about androgyny.

‘In all honesty, no. I have not felt any pressure to be creative. It’s actually the other way around. Because I had so much spare time, I wanted to do even more creative things to raise awareness about androgyny. Normally, I’d be a part of mainstream content like commercials for well-known brands, music videos, etc. because my main form of activism is through representation. I feel that growing up, because I did not see many people like myself in the mainstream media, I did not even know what androgyny was. I want to change that. 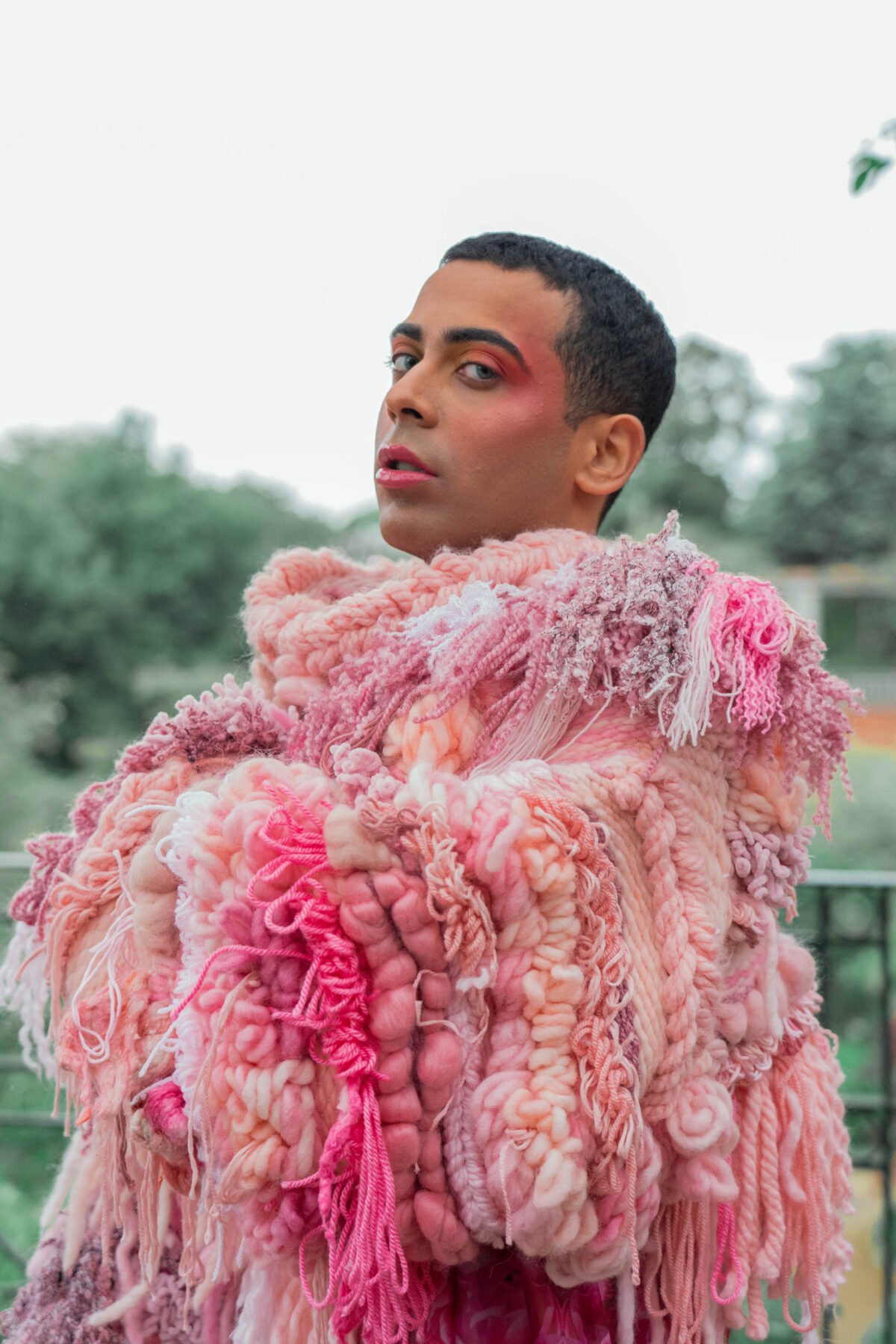 Since the lockdown, because I can’t work on productions, I have been making videos to raise awareness about androgyny, appearing on different shows, etc. I recently appeared on ‘Mid-Morning with BBC Radio Berkshire’ to talk about androgyny which was so fun!‘

While Somriddho may be freer (in a sense) to embrace his sexuality in the UK, this does not mean that he avoided many other deep rooted issues. Being both androgynous and a person of colour has seen the budding activist faced with racist presumptions and some serious and unnecessary hate. However, this has not dampened Somriddho’s drive to allow people facing similar hardships to have their voice heard. He explained to us that this fight does not end with just inclusivity for him.

‘Tokenism, fetishisation, racism and stereotyping. I have often been included in productions because people wanted to ‘seem inclusive’. When I got to the set, I was the only queer person and POC there in an otherwise entirely white cast. This kind of tokenism makes me quite upset. I do not just want inclusivity. I want real representation. I have also been a part of productions that portrayed me in a stereotypical manner to make me look ‘more Indian’. It is quite upsetting seeing people still using stereotypes to portray people from non-western countries.’

Finally we asked Somriddho the all important question of, how does the fashion industry need to change in order to become inclusive of everyone.

‘Firstly, thank you so much! That’s such a kind compliment. I think one of the major issues of the fashion industry right now is lack of representation. Luxury brands mostly use white models. Not to mention, they’d make their white models look like people of colour. PrettyLittleThing is notorious for this. They use white models with big lips, tanned skin and bushy eyebrows to resemble people of colour. Why not just use real people of colour? Representation is a major issue in my industry right now. Then of course, brands still categorising their collections as ‘menswear’ and ‘womenswear’ in 2021 is another issue. They need to stop this categorisation because it openly ignores non-binary and androgynous identities.’

Head over to Somriddho Dasgupta’s Instagram page to follow his journey through activism and the world of fashion!