Made up of Matt Ó Baoill and Max Zanga, Irish alt-hip-hop duo Tebi Rex are back with a bang. After breaking into the music scene back in 2016 with their genre-bending tunes, the duo have been releasing a constant stream of tracks that encompass truthful raps and smooth serenades. And they have just released their first song of 2021, ‘Oh It Hurts‘. We caught up with one half of the duo, Matt Ó, to talk about the new direction of the duo’s music and helping to pave the way for a thriving Irish hip-hop scene.

With such a range of musical influences now, our first thought when talking to Matt was, where did it all start? So we asked the young musician what his first prominent memories of music were whilst growing up.

‘My first memories were always me listening to what my family were listening to. My brother was a huge Usher fan, so I remember singing and dancing along to his music videos. Or watching him play Playstation and having music from the Red Hot Chilli Peppers’s, Matchbox Twenty, TQ, Nelly, to everything in between, he really shaped my taste in music growing up.

I’ll always remember as a child, my Dad playing guitar and I would sing along with him, a regular party piece we had was “Dire Straits – Walk Of Life”; him and my brother started teaching me guitar when I was 6 or so, and I’ve been playing since. Never got all that good but I got by.’ 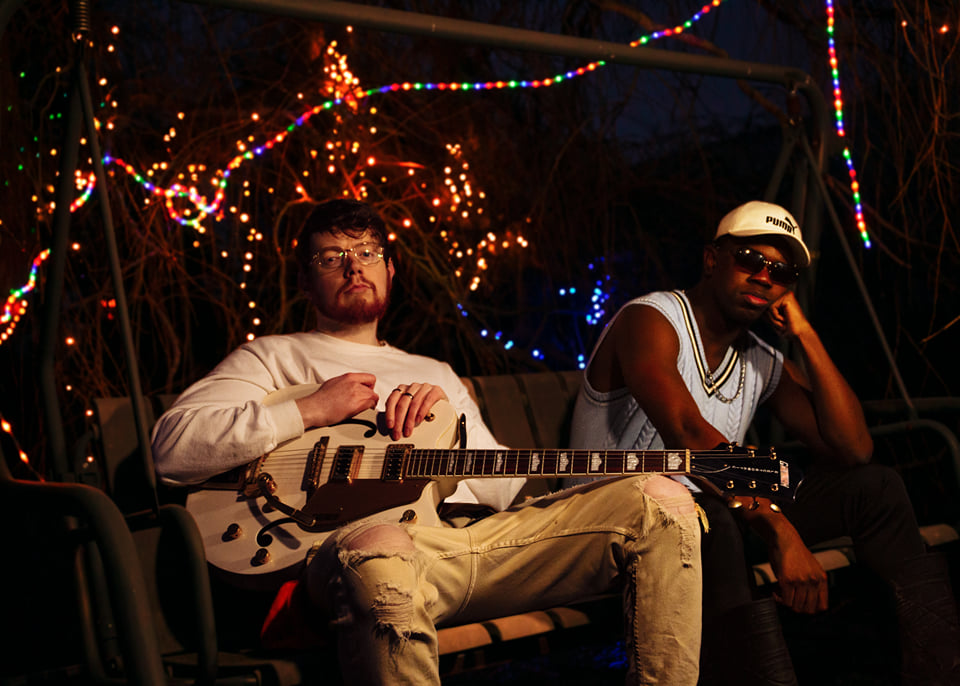 It wasn’t until the pair met at Maynooth University that their friendship and musical partnership bloomed. Bagging both first and second place in an inter-society talent show, the two music lovers went on to realise that their tastes were incredibly similar.

‘I was repping Cuallacht na Gaeilge and Max rep’d Literary and Debating (Max puts my victory down to good old fashioned white privilege. I cannot confirm or deny these allegations).

After the talent show, Max posted a status saying he wanted to make a band influenced by artists like Chance The Rapper, Childish Gambino, Kate Nash and listed a host of artists that matched every song on my most listened to playlists. So I reached out and we have been making trashy tunes since. I found out later that he met up with a few people before me, and he admits I wasn’t the most talented of the bunch – but apparently, I was the most unique? I dunno, he probably should have gone with someone else.’

One question that we are dying to know over at Haste is where name ‘Tebi Rex’ originated from. So we asked Matt, and he only made our search for the answer more paramount…

‘Our name remains a mystery only known by ourselves and a select few scholars who have figured out its meaning. If you can figure it out we’ll take you out for dinner or something. The hints we have revealed are:
– We picked a word each, and that word is relevant to that person.
– The words are not entirely random from each other.’

National lockdowns and isolation have not been fun (to say the least) for anyone. Including the creative industry. With no live shows to plan and very little inspiration sitting at home with no where to go, this year has come with more than it’s fair share of challenges for artists. This has also meant that like Tebi Rex, many artists have had to cancel events that they had been working towards for a long time. Matt explained a bit more about how the duo have been dealing with the pandemic.

‘There have been a million obstacles. We are left at the mercy of playlists now as a measure of our success and worth as musicians, and it’s horrible at times. We haven’t played a live show since February, we have had American, UK, and Irish tours cancelled, and lost massive opportunities we had been working towards for 3-4 years. It well and truly sucks major.. can I say flute? Feel free to censor as needed here.. But yeah it’s not good.’

Employing such a range of different sounds and taking inspiration from many influences, Tebi Rex’s music is hard to pinpoint to just one genre. So we asked Matt to try and sum up their music in a sentence. He replied: ‘Imagine Childish Gambino and Kate Nash made a baby. No. TWO babies. That’s us.’ Their interesting and humorous answers only further parallel their incredibly unique sound. This cheeky sense of humour was also apparent when we asked Matt what Tebi Rex’s song writing process consists of.

‘We pick pages in a dictionary, depending on the earth’s orbit, and create a seance. We offer a sacrifice to the music Gods, then boom. 2 and a half weeks later we have a song. Nah I’m joshing. Our process is much more boring. Often we work on an instrumental with a producer, or we just catch a vibe from an online beat then get to writing. Sometimes our songs can develop from our own poetry – which is how I started rapping. If you listen to our track SMDFTB Freestyle, my opening verse was initially a spoken word poem I had written.’

Taken from their upcoming album, Tebi Rex’s newest release ‘Oh It Hurts’ has only given us a taste of what is to come. With a whole range of new elements added to their already diverse and eclectic sound, Matt Ó explained that the duo wanted to use this song to channel some thought-provoking questions.

‘Essentially it’s about pain and suffering. A big theme is the idea of hurting someone else, and how you take accountability for this. The older I’ve gotten, the more I’ve seen the value in taking ownership of your actions – be they mistakes or intentional. I remember when I was younger I’d think “Do I need to own up to this? I can get away with it if I say nothing, and I gain nothing from being accountable”, and that’s the mindset you need to worry about and one that needs to be addressed before you’re an adult – because at that stage of your life it’s not like accidentally kicking your mate’s ball over the wall. You can actually hurt someone – and being ignorant to this is just plain nasty. 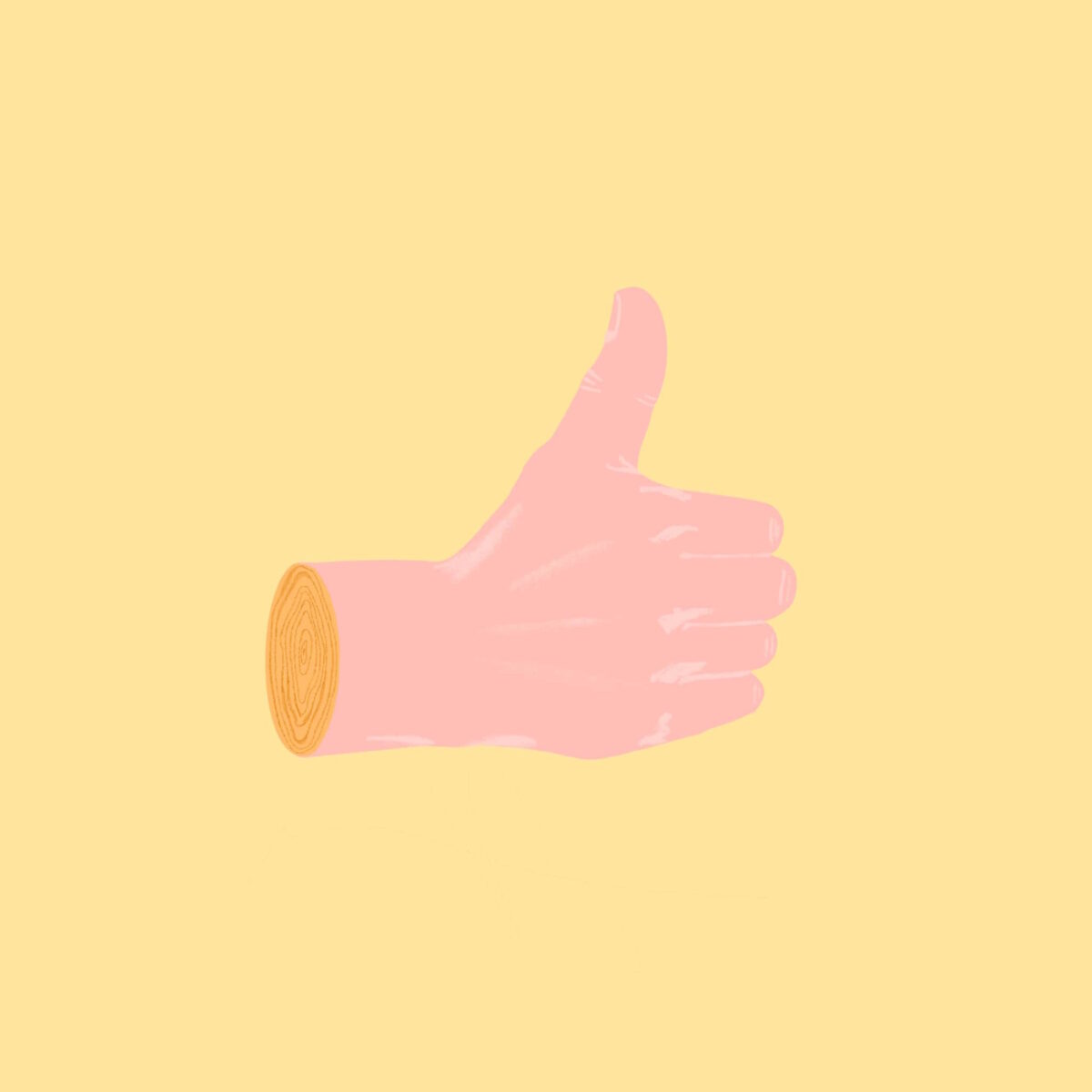 At the same time, while being accountable for your actions is very healthy and mature, it doesn’t automatically make you worthy of forgiveness; that isn’t up to you. So yeah, not the chirpiest song ideas but hey, that’s what we do best; sad songs masked as happy ones.’

Over the past few years the Irish hip-hop scene has become incredibly prominent within the music industry. The Irish youth are taking politics, toxic masculinity and mental health into their own hands with rap and spoken-word. While Irish music has always been somewhat popular, this generation of new musicians are putting Ireland on the map (so to speak). Matt spoke to us about the musicians he’s admiring at the moment and the buzzing Irish music scene.

‘Of course! If music is good, it’s good, regardless of if it’s Irish or not. I have always enjoyed Hare Squead, and I’m a big fan of my son Fynch and of course our long time collaborator LocalBoy. Tolü Makay has been dropping my jaw ever since I saw her sing ‘Goodbye’ live, and I probably know close to all the words to Deli Daydreams at this stage as well. And let’s not forget Pillow Queens (although the album was great, “Rats” is still my fav).

Another thing about listening to Irish music is that we’re friends with a lot of these artists, so that makes it feel even closer to home. Literally, some of my closest friends are now releasing music and are shooting to stardom – it’s really fulfilling to know that I can look back in 20-30 years time and say I was a part of this scene and that these incredibly talented people are my friends. That’s something I will always be thankful for.’

While we wait patiently for our live shows to return, artists like Tebi Rex are keeping us on our toes with new content. Matt explained although there are obstacles, Tebi Rex is finding ways to overcome them, and carry on doing what they love.

‘Content content content. Plenty of releases, a body of work, some merch here and there, and of course.. money and free stuff – The cornerstone of every rapper’s career. As well as that it was great to get our music used in things like Normal People, and the recent Eir ads. So hopefully more of that down the line. So do keep an eye out, cause we’ll be doing our best to get our music in front of you one way or another. Covid or no Covid.’

Head over to Tebi Rex’s Spotify page to hear more of their unique, genre-blending music including brand new track ‘Oh It Hurts‘!