Afrobeats the sound that never sleeps

Afrobeats (not to be mistaken for Fela Kuti’s politically charged, Jazz and Fuji infused twin brother, Afrobeat, no ‘S’) is an umbrella term used to define the popular music from contemporary West Africa. Afrobeats is a sound primarily produced in the cities of Lagos, Accra and London. Its sound so distinct yet so undefined takes inspiration from the rhythms of HipHop, Dancehall and Reggae. So, get ready to Gbese, get ready to let your heart race and sync with the sounds of drums as you escape into orange and purple heat of Afrobeats. 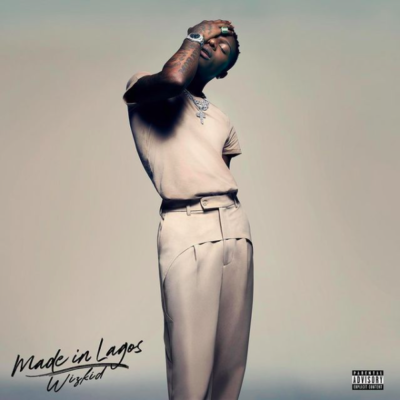 Wizkid – Made in Lagos

Within the past decade Afrobeats has taken over the world like a harmattan storm on the busy streets of Lagos. With respectable artists like Wizkid (the original star boy), Burna Boy and Sarkodie to praise for this salient recognition, the Afrobeats sound is one that is enjoyed by people from all walk of life, with even ex-president Barack Obama placing Wizkid’s song ‘Essence’ in his top ‘Music of 2020’. This is what makes Afrobeat’s unique to other sounds, like it’s artists it has hustled and strived to make a name for itself, a theme that is prominent within Afrobeats lyrics.

Afrobeats is encapsulated by the ‘come up’ story and the shift from a life in the ‘ghetto and slums’, to one of fame glamour and stardom. This all adds to Afrobeats appeal as it uses music videos and lyrics to show case the beauty of Africa, altering the worlds perception of the continent. This glamorisation has even led top artist like Beyonce and Drake placing Afrobeats artists on albums and features, but how far does this privilege go? The praise of Afrobeats global disperse is sometimes taken away from the artists who have worked hard to place the sound on a pedestal. There is reference to Drakes responsibility for putting Afrobeats on the map with song ‘One dance’ and others calling Beyonce ‘Mama Africa’ for her ‘The Lion King: The gift’ album. It appears as if the praise for Afrobeats has been taken away from Africans and given to those from western parts of the world, but this isn’t a fight worth having as African artist continue to adapt the sound of Afrobeats fast with sounds like Amapiano, Afro-house and much more. 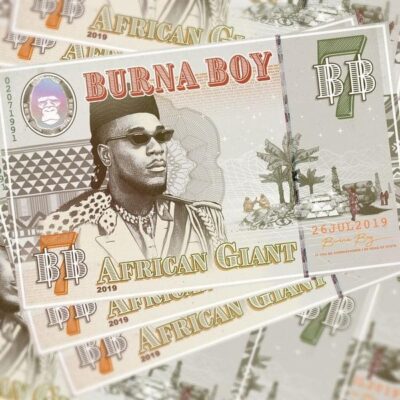 The diaspora loves Afrobeats, as they should! Perhaps this is because music is one of the cheapest forms of transportation and nothing takes you to Murtala international airport faster than Afrobeats classics like ‘Olufunmi’ by Styl-plus. For UK Afrobeats lovers, this desire to connect with the motherland doesn’t end with a 1-hour Spotify session with the mandem, oh no. It has elevated to the creation of subgenres like afro swing, dominated by the likes of J Hus, NSG, Afro B, Lotto Boyzz and rising stars like Odeal and others. Afroswing incorporates elements of rap, grime, R&B, bashment, pop and a list of other genres that won’t quite squeeze into this sentence. Like its international first cousin Afrobeats, Afroswing lyrics explores the culture of grinding (in many instances through crime) in an attempt to make ends meet, to later reaping the benefits of such hustle through music. Songs like NSG’s ‘OT bop’ are often criticised for creating an unrealistic representation of this hustler narrative. Afroswing and Afrobeats are frequently compared to Afrobeat (remember no ‘s’) for not taking on a more political approach lyrically and opting to glamorise sex love and money. There is an urgency for young black celebrities to be social justice warriors, which during a time of movements like BLM and EndSARS is both necessary and understandable. But unlike Fela Kuti who chose to be a martyr for social change in Nigeria with songs like ‘Zombie’, we can argue that many of these artists did not sign up for such positions. With that being said, we can’t forget Wizkid’s role in the EndSARS London protest (keep your opinions to yourself lol). Or Burna boys MANY Fela Kuti samples like ‘Collateral damage’ (Fela Kuti – ‘Sorrow Tears and Blood’) and ‘Soke’ (Fela Kuti – ‘Lady’) which paid homage to Fela’s legacy to better Nigeria. Political wokeness may not always be the driving force for them lyrically but we should all appreciate when artists attempt to voice such opinions despite its potential dangers.

Another subgenre, which is more of a lifestyle than a genre for many, is Alternative (Alté) Afrobeats featuring artists like Odunsi, Lady Donli, Aylø, WurlD, Tay Iwar, Cruel Santino, Tems, Amaarae and again the list goes on. These artists are alternative in sound fashion and overall lifestyle, bravely creating a new culture for the youths of Nigeria, Ghana and its diaspora. This side of Afrobeats is like international school students gone wild! Unconfined by the linear minds of those surrounding them, the Alté culture successfully provides freedom for the youths in Africa in a world that is so conservative and often times judgemental. This fast-growing culture is taking over the creative scene as well as the music industry and will be streaming in all the clubs and events once this shitty lockdown is over. So, learn the lyrics to Tomi Agapes- ‘London’, Odunsi’s- ‘Body Count’ and Amaarae’s – ‘Feel A Way’, so you’re not left having to mouth ‘watermelon’ in the corner of the club confused. Afrobeats and its many interpretation are vibes in their own forms, but the newest of them, African trap (or drill) is what I like to call a different sort of vibe. African trap music emerges from the subgenre of ‘trap’ and infuses the use of synthesised drums and lyrics typically about drugs and urban violence to portray a dark lifestyle. What distinguishes the two sounds is ‘Afro traps’ combination of Afrobeats, the spoken language (Twi) and the portrayal of hustle within the streets of Africa. From the streets of ‘Kumerica’ comes the subgenres pioneers, Ghanaian artist Ypee and Yaw Tog with their viral song feature ‘Ekorso’. Now this song is a VIBE, the music video, in typical trap music fashion features a group of men just, vibing. The editing style which is very similar to that of UK trap videos like group ‘67’, featured random bolts of light and a merging of scenes. It is clear that there are strong intercontinental influences within these sounds and genres and maybe one day we can see a feature between UK, US and Ghanaian trap artists. It is exciting to see the many directions which Afrobeats takes us, who know maybe we will have Afro-Opera the possibilities are just endless.

With its many forms, both old and newly emerging, Afrobeats truly never sleeps. We must pay homage to the artists that have strived to alter the western perception of Africa through music and are till this day succeeding to do so. Afrobeats continues to travel far and fast changing shape according to the artists in control of it, but we must not forget the hustlers who gave it a voice. So, continue to dance, continue to whine your waist and Shaku to the undefined sounds of Afrobeats.

To hear all of the songs mentioned in this article head over to our Spotify page and check out our ‘Afrobreats – The sound that never sleeps’ playlist!