A shining star in Manchester’s constantly developing music scene, Abnormal Sleepz is becoming a prominent name in the industry. With a unique blend of soul, hip-hop and grime, the young artist burst onto the scene in 2019. Aside from his blatant musical talents, Sleepz is also the owner of Medicave Studios, a space dedicated to young and upcoming artists who need support and advice and opportunities in music production. We got the chance to chat with Sleepz following the announcement of his place on the Radio 1 Big Weekend line-up to hear more about his work and inspirations.

Someone with such a passion for music clearly developed a love for sounds early on. So naturally, our first question to Sleepz was, what are you for first prominent memories of music? He took us down memory lane as he remembered a number of musical memories that have resulted in him being the person we see (and hear) today.

‘First one has to be the day my dad sat me down in front of a record player and taught me how to play vinyl. That’s where my DJ career started, when we first moved back to moss side and I started helping him with gigs. Starting high school and doing grime sets on the playground was a big memory for me, it was like training. This was where I realised I had a real talent and I joined my first ‘crew’ at the time with a bunch of elders. Finally, I’d say my first job at cultural fusion. I did work experience there and then worked there and learnt so much.

High school was where I realised it was all I wanted to do. I’d always been surrounded by it as a child so naturally I collected, studied and loved music on so many levels. Once I realised my writing was actually half decent as well as my beats, I gained a bit of a reputation for it and it stuck.’ 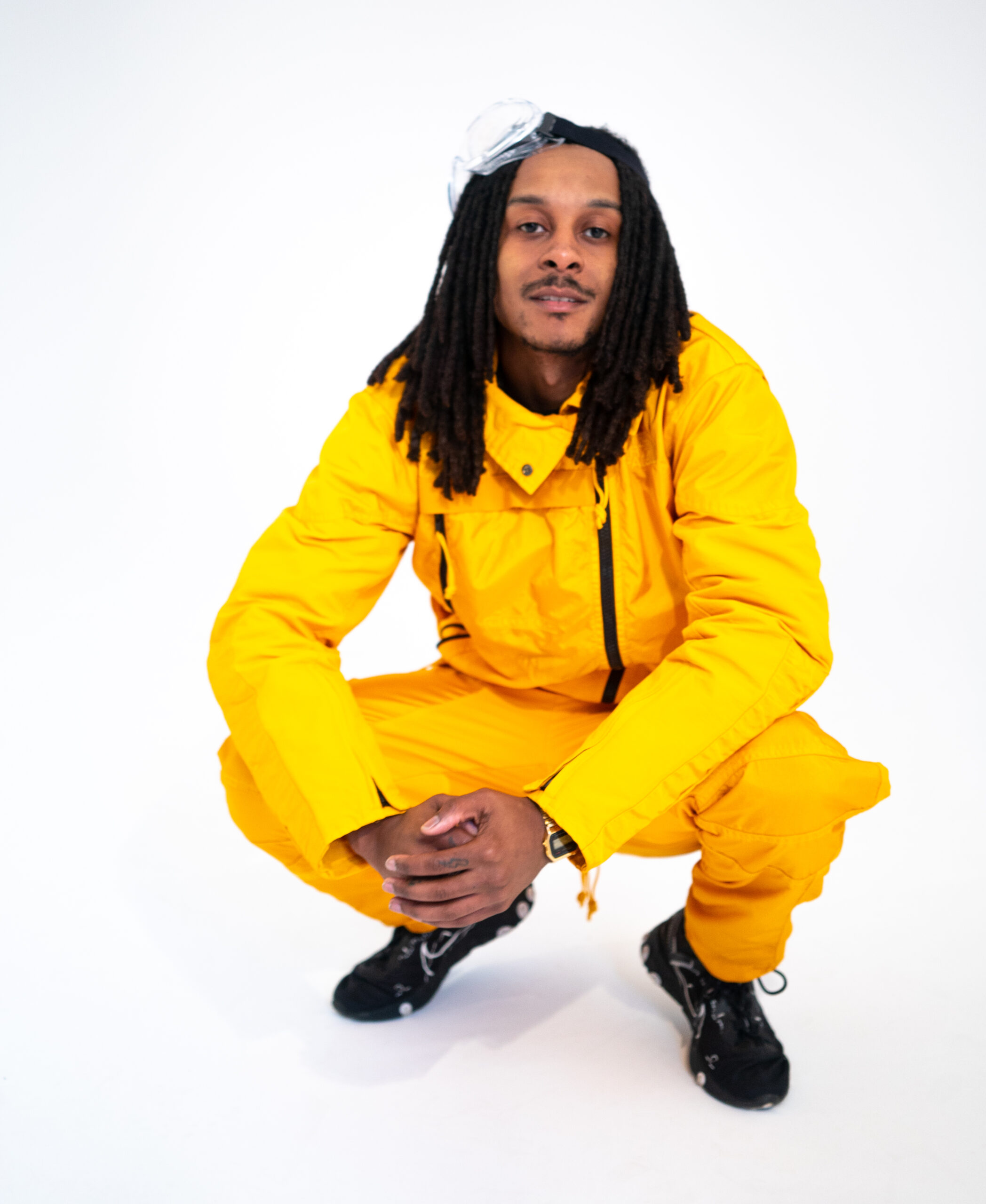 Lockdowns have been hard on everyone of course, but for the creative industry their inspiration has also taken a considerable hit. While we like to think we could entertain ourselves in our own homes, finding inspiration in the same space with the same people every day has become more and more difficult the longer lockdowns have gone on. We asked Sleepz how he has dealt with this time as a creative and if he found any advantages at all to being left to his own devices.

‘Advantages were that I have my own space so I wasn’t restricted from still working, creating and producing for other artists. Work didn’t stop, however I did find that it impacted my creativity for a while at the beginning, so it’s been a work in progress and adjustment. It’s been hard without any shows though, I miss the connections to the fans.’

I think it’s safe to say that we are all dying to get back to normal so that we can return to our live gigs and festivals. Summers have not quite felt the same without live music in a park, tinnie in hand and sunnies on. And artists have been feeling the exact same. So we can only imagine how overjoyed Sleepz was to be announced on the Radio 1 Big Weekend line-up for this summer. We asked him what emotions he was feeling towards returning to the stage.

‘Amazing! Honestly, not something I’d expected but hard work pulled through for me. As long as I’m creating and able to share and perform good music. I’m happy. All the rest is a bonus! Just want to do my city proud and hopefully gain more of these opportunities.’

After exploding into the scene back in 2018, Sleepz really has put his heart and soul into his work. Releasing a constant stream of singles, EP’s and mixtapes, the talented artist has always kept his fans on their toes. And this once again goes for his newest project. ‘Meditape III’ follows in a series of mixtapes which show off Sleepz talent both within creating music and collaborating as an artist. So we asked him what we can expect from the expectant mixtape.

‘All I can say is, those who are familiar with the Meditape series, shouldn’t be disappointed. In between Meditape two and this third installation there’s been so much progress. It felt good to loosen up and be able to create a fun vibe that people can listen to any time of the day and take in. It sounds like your soundtrack to a day at the beach, or your drive to work, or your daily walk. I just want people to enjoy the vibes, feel good, and not think too much, not dwell too much. Hopefully I achieved this!‘

While finding inspiration has been few and far between during lockdown, Sleepz still likes to keep his music relevant to himself. He explained to us that his music allows him to release different parts of himself and his emotions. He went on to list off a few other points in life that give him musical inspiration.

‘Life, life experiences, other musicians, live performances… It goes on! I use everything as an influence within reason. This is why lockdown was tough sometimes because it’s very difficult to inspire yourself. I need pure energy around me, and sometimes just a good song can spark an itch that turns into record.’

If this year and a half has taught us anything it is that we must enjoy the time we have, as you never know what is around the corner. And Sleepz is certainly doing just that. Embracing every opportunity, the flourishing artist explained that he has a lot up his sleeve for us to be excited about in the future.

‘Regardless of anything that happens in life, I will always be making music or contributing to it in some way shape or form. It’s going to look like more projects, more singles, shows like the Blues Kitchen headliner in August. I’ve currently produced quite a few records for various artists as well as projects so we should see my sound travel far and wide whether it’s in the form of production, engineering or my own song.’

Check out Abnormal Sleepz’ Spotify page for more of his instantly recognisable tunes, including his latest release, ‘Questions‘.