5 of the top Netflix picks to check out during lockdown

For my thirteenth birthday, my parents (after a lot of winging and whining on my part) finally agreed to subscribe to Netflix. I was utterly overjoyed at the thought of having a real-life cinema- at home! Yet my thirteen year old self was unprepared for the army of tv shows, films and documentaries ready to barricade the screen- I didn’t know there were so many American rom-coms that all had similar plot lines and identical joyous endings. Who would have guessed that the girl ends up with the boy in the end? (could never be me). While we all hang in that awkward stage of post-Christmas, pre-New Years (and with most of us stuck at home), we have created a list of five of our top Netflix picks to check out while we recover from eating our body weight in Christmas goodies.

I’ve been avidly and dutifully scavenging Netflix for more binge-worthy tv series. Incredibly, I found a treasure: “One day at a time”. “One day at a time” is based on the 1975-1984 sitcom by Norma Leer about the daily lives of an upbeat and lovable American family. However, this reinvention of the beloved sitcom tackles new and prevalent issues: gender, sexual orientation, immigration, racism, single parenting and bereavement. Gloria Calderon Kellet and Mike Royce (the developers of the show) are extremely intelligent; they reimagined the cast, this time with a Cuban-originated family living in America: an opiniated grandma (or abuela), a hard-working single mum, an innovative and imaginative teenager and her charming younger brother. Although this show battles some hard-hitting topics, it also has a light hearted and witty tone about it; it will make you laugh so hard that the lemonade you drank yesterday will come spurting out your nose. If you haven’t already got out of your seat, turned the tv on, logged into your Netflix account then added “One day at a time” to your list then I implore you to go do it right now. Yes now. If you still haven’t budged then don’t take my word for it; the show received a 99% rating from rotten tomatoes, up there with- “The Good Place”(which I also highly recommend), “Jane the Virgin”, “Fleabag” and so many more. 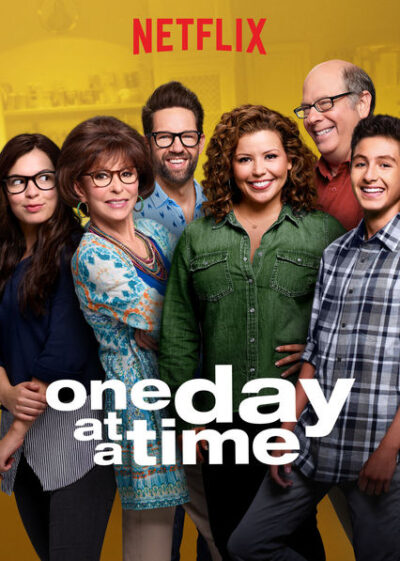 One Day At A time

A true nostalgia that is bound to take you back to the times of iPods and mini moustaches is “The Perks of Being a Wallflower”.  This romance drama follows an awkward and uneasy teenage boy as he gets dragged along by two charismatic students, who teach him the three core lessons every mum worships: live, love, laugh. It is a film that resonates within every person who watches; everyone has experienced some of the trauma that Charlie (the main character) adopts throughout the film. However, it installs a message of hope, an essence of light that whatever you may be struggling with (mental health, bereavement, sexual assault, bullying) you will exit the tunnel a better and more sympathetic human being. I also believe this film is an alumni as it displays the insecurities and fears of a male teenager, whereas in most films it is usually the girl who is sensitive and shy; it decrees that men can be empathetic, men can have anxieties and feel pain. It also highlights that women can be sexually active without that being taboo or looked down upon, how women are sexualised and tormented for any hint to their sexuality, how unjust the world can be to both genders in different ways. 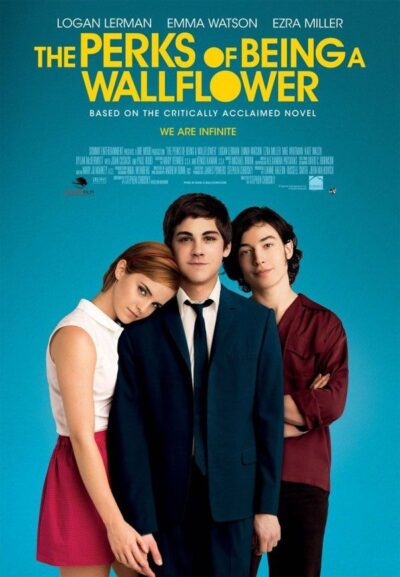 The Perks of Being a Wallflower

Psychopaths. Dangerous. Vengeful. Yet throughout “The End of The Fu***ing World”, you will come to love and admire the main character, who is indeed, a psychopath. This dark comedy is the most modern and thrilling tv series that I have ever encountered. It doesn’t just follow a straight forward plot line, where characters seemingly teleport from morning to night without ever going to sleep. It tells a more intimate and relatable story (especially for girls); one day, while having run away from home, Alyssa (a main character) looks down and realises that she has started her period. Alyssa has no money, so has to resort to stealing tampons. Though this may be a miniscule diversion from the narrative, it highlights real world problems: period poverty and that periods are a taboo subject. Which it should certainly not be. Another element I admire about this two season show is its underlying focus on mental health; it tackles: depression, anxiety, and most prevalent, the devastating effects of PTSD. It is a truly fascinating and unique tale (receiving a whopping 96% rating on Google), you are made to empathise with the main characters no matter what terrible deeds they have succumbed to nor their reckless intentions. 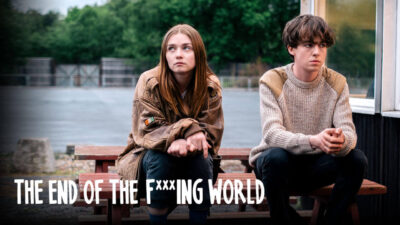 The End of The F***ing World

Going back to films, I recently re-watched a marvellous crime/drama movie that is based on a true story. I don’t know about you, but I find that when they are based on a real tale its so much more exciting and investing. Thus I give to you “BlacKkKlansman”. It projects the struggles of African-Americans living in 1970’s America, when white supremacists and police brutality was rampant. We follow Ron Stallworth (an African-American) detective and his Jewish partner Flip Zimmerman, who set out to expose and infiltrate the Klu Klux Klan. Ron Stallworth was the first ever African-American to serve in the Colarado Spring Police department; they discover the devastating truth behind this extremist swarm of racists. Will the mighty duo succeed in their pilgrimage? You’ll have to find out for yourself. 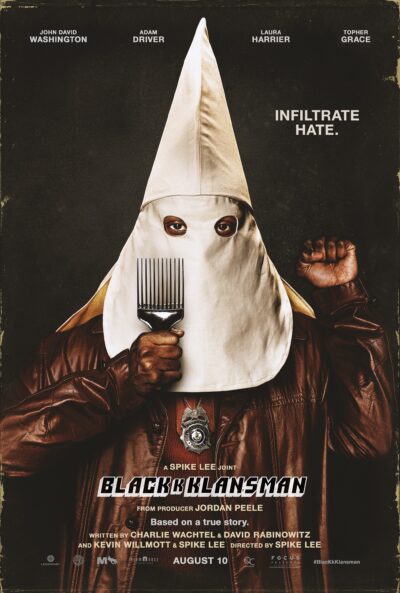 Additionally, for those looking for a complex, intriguing and idea-provoking tv series, I highly recommend “The Politician” . Now, I know it sounds as though it is some kind of mundane documentary on politics, but I can assure you that it is quite the opposite. The main character, Payton Hobart- who is played by Ben Platt, who was Benji in Pitch Perfect, one of my favourite all time films- is adopted by a rich family with twin boys the same age as Payton. We witness deceit, manipulation and friendship as Payton tries to work his way through the lies of politics. Usually the main character is the one we are made to feel attached to and love, yet Payton’s skewed morals make us question our loyalty towards him. Maybe its more of a love-hate relationship. You may cry, you may laugh and you may sit with your mouth gawped open at the trials and tribulations of this diverse cast. One thing is for certain, you will have a favourite character and I would love to know who your favourite is. Will it be the upper class douche-bags? The manipulative underdogs? The overly-sensitive employees? Or simply the main character. Your choice! 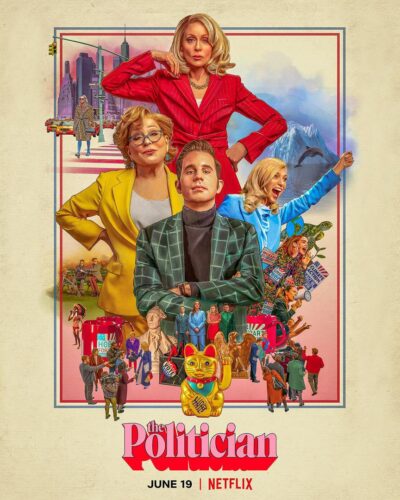 It’s been an awful lockdown for us all, so I truly hope that you give yourself a well-deserved Netflix break. Get comfy, grab your favourite snack and treat yourself to a night full to the brim of laughter, tears and education (okay, maybe not the education part).