17-year-old flourishing artist Isabelle Brown on the creative process behind her single ‘In Your Head’ and being support act to Ms. Lauryn Hill

At just 17-years-old, singer-songwriter Isabelle Brown has already made a huge name for herself in the music industry. With a constantly growing fan base, a debut album, several singles and the fact that she opened for the one and only Ms. Lauryn Hill under her belt, Isabelle has already squashed an illustrious musical career into just a few years. With an incredibly rich and captivating voice (and personality to match) the rising star sat down with us to chat about her single ‘In Your Head’, opening for Ms. Hill and her big plans for her musical work.

Although she is still a young artist in the industry, Isabelle Brown’s love for music came from a much younger age. Growing up in a house full of music and sharing a connection with her mum through a love of genres, it’s no surprise that Isabelle has an eclectic knowledge of classic soul and mo-town artists, which you can hear have influenced her music now. She described her first prominent memories of music to us. 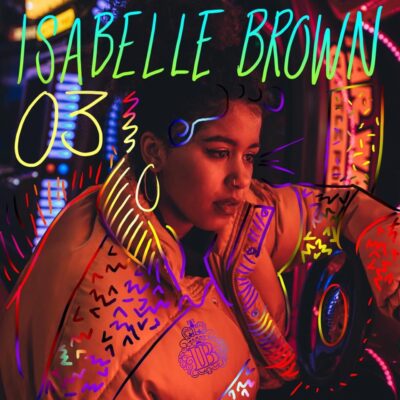 ‘100% I always wanted to sing, you can’t shut me up‘, she laughed. ‘Like I’d be singing around the house, my poor neighbours were probably just thinking ‘get her some singing lessons so at least we can hear it in tune’. Growing up I had music played all around the house by my mum, not my dad though he doesn’t really listen to music like that. It would always be like soul music, like we did have loads of genres in the house but the ones that we liked to listen to the most was soul and mo-town and stuff like that. My mum would teach me these Tina Turner songs and we went to this open mic night at this blues club and she made me sing, it was not fun. I mean it was fun after but at the time I had such stage fright. There’s a video of it on YouTube somewhere, so cringe.‘

The past 12 months have been difficult for everyone, including (very much so) the creative industry. With live gigs being put to a stop for the foreseeable future, artists, like the majority of people have been feeling confused and pressured by an overwhelming wave of toxic productivity. And with the majority of the UK being locked down for months now, it has meant that the usual flow of inspiration has vanished along with our hopes of seeing our favourite musicians live. While still in college and then also holding up a musical career, Isabelle gave us an idea of how her emotions and mindset have altered through each national lockdown.

‘First lockdown, I absolutely hated it. Because I couldn’t go to the studio, which I love to do because you get to go and write with people and stuff. I don’t know how to produce, well I’m learning now, but I didn’t know so it was just boring. I did some songwriting but if I’m being honest all of my lyrics started to take a bit of a… I don’t want to say a turn, but I just found it difficult that they all ended up being on one level. It was difficult to see the light at the end of the tunnel. And then second lockdown, things just started getting even more difficult than before because then there was a lot of self-doubt. Because I was thinking ‘Oh my god what if this is like this forever? What if I can never get music out again?’. And because ever since I was younger people have always been like ‘Wow you have such a good voice for your age’, I used to think well I can only be a good singer if I’m young. But now I’ve realised that’s not true and I’m not wasting time. My biggest dream is to be the youngest singer to be on the main stage at Glasto. But this lockdown I’ve just been like girl chillax. Everyone’s at the exact same stage. And my mum bought me a mic so I can record stuff, so it’s been a lot better this time.‘

With a voice that is so naturally breathtaking, and deeply moving lyrics, it’s no surprise that when asked how she would describe her music in a sentence, Isabelle said. ‘Music that makes you feel something, hopefully.‘ She also went on to explain that as she has delved deeper into not only the music industry but also her own talents, her songwriting process has developed into something she feels represents her more vividly.

‘My notes are actually a disgrace‘, she laughed. ‘If I’m just by myself I used to just listen to the beat and then think about whatever came into my head. But now I can make it a bit more personal and be a bit more vulnerable with it. I was scared before to be vulnerable because I didn’t want to put my heart out there, but now I think people are gonna connect to you more if they know what’s going on from your perspective.‘

One of Isabelle’s most popular songs amongst her fans is her single ‘In Your Head‘, which she also recently released the music video for. Although the song was written some years ago, Isabelle explained that the lyrics fit perfectly with the events that took place around the songs release.

‘Basically I wrote that song when I was thirteen and it was just about having this song in your head and trying to remember what this song is. And then I was going to release it at the start of 2020, but then obviously Miss CoCo came about and just ruined everything. So I had to wait till later on, and then my mum had a great idea of relating it to the events of this year in a way that you won’t ever forget it. So like with the music video it’s like me thinking about the BLM stuff that’s been going on and the protests. 2020 was really like a movie, so it’s kind of a trailer for 2020.‘

Isabelle’s honest and unapologetic style also landed her a spot opening for the one and only Ms. Lauryn Hill in Cork Island. Although this show took place in 2019 during Ms. Hill’s world tour, Isabelle still lit up at the mention of the event.

‘Oh my gosh, even now I can’t stop cheesing about it. Basically there was an agent who got in contact and said ‘Ms Hill is looking for a support act in London and Cork Island’. I was holding on to the possibility of Cork Island, because at the time I was in school and I just completely hated it. Some people thrive, some people don’t and I just couldn’t stand it. And then they told me just before GCSE’s and I went to Cork with my family and manager. I didn’t get to meet her unfortunately, and call me big headed but when I meet her I don’t want to be just a fan, I mean I am a massive fan. But I wanted to kind of meet her in a different setting, and I still think I will one day.‘

While we are still waiting eagerly for the return of live music events, Isabelle explained to us that she is not dwelling on the troubled year the music industry have faced but rather planning for her exciting future.

‘I had big plans for 2020 and they were bloody ruined. But for the future, get some more music out ASAP rocky. Obviously I want to tour and stuff because my favourite thing is to gig, but that’s just out of the picture. Be able to do the Glasto thing, be able to have some pretty cool collabs as well. Do you know this rapper called Knucks? I’m actually in love with him, I’d love to collab with him. Jazzy rap artists I think are so sick so a collab like that would be cool. My end goal is to do something for the community, because being a singer I get to do what I love but at the same time you get to have a platform where you can spread positivity. You see what Marcus Rashford is doing, to do something like that would be really really cool.‘

To hear more of Isabelle’s incredible tunes, including her most recent mixtape release ‘In Your Head‘, head over to her Spotify page now!