At just 17-years-old, Calypso Cragg has already worked on an eclectic list of cinematic pieces. Having already been featured at prestigious events such as London’s Independent Film Fest, to becoming an INDIs Festival (Independent Directions Film Festival) runner up, Calypso has made quite the name for herself already. We got the chance to catch up with the flourishing creative to discuss how she has (and is currently) still developing as an artist, the direction of her latest short film ‘Isolated’ and what she has planned for the future. 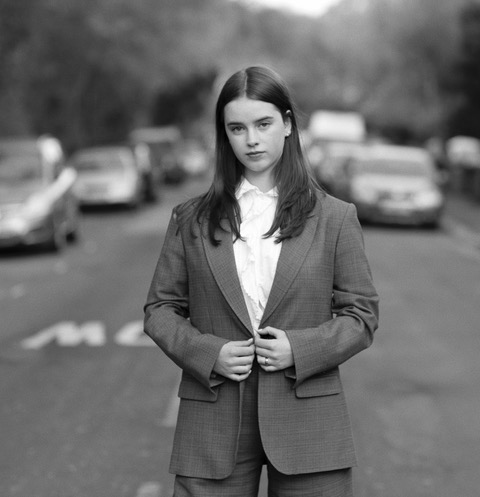 With such an interesting story, we had to start at the very beginning. Where did Calypso’s passion for film start? She took us down memory lane to when her love for the cinematic began.
‘My first prominent memories of film started at the age of four, when I first started watching films. My first film obsession was definitely The Sound of Music.  I would watch it every single day for months and was completely taken by it. I was in awe of the characters and desperately wanted to be them. Later, I became besotted with Swing Time, with Fred Astaire and Ginger Rodgers. I remember sitting inches away from the television, tears in my eyes as I desperately wanted to live like the characters.  From a young age, my deepest desire has always been to be in films, and to be able to live as many lives as I want, through as many characters. It absolutely amazes me.’
While Calypso’s love for film has been a long running affair, it wasn’t until early 2020 that Calypso made her first ever short film. ‘What I Saw’ tells a story of the supernatural. She explained that some of her best ideas, including her first film come to her when she is on the cusp of sleep. It was this film that would set the ball rolling for Calypso and her future career.
‘From a young age I have always wanted to take charge and would often put on my own plays and performances at home. I would also always be writing short stories of some sort. It was only late 2019, that I realised that I could choose the characters, live through them, as well as bringing my stories and ideas to life. I made my first short film in January last year (2020). It’s called ‘What I Saw’ and it’s about a girl who experiences something supernatural. She tells her friend about it, but he doesn’t believe her, and he ends up having a rather unexpected fate. It was a lot of fun to make and edit, and I really loved seeing the whole process, and watching how an idea that had appeared one night when I couldn’t sleep, become a short film.  Ever since then, I have constantly been thinking of short film ideas. That experience really opened my eyes to the whole world of filmmaking.’
Growing up with a deep love for films and the passion to make her own, we wanted to know where Calypso’s creative inspiration comes from. She went on to explain how she has found being such a young creative in such a huge, and sometimes intimidating industry.
‘I like to use filmmaking as a form of expression, as it is a way for me to let out my ideas and emotions. I would say much of my inspiration comes from day to life. Whether it be an emotion I had, a dream, or a thought. Most of my ideas come to me just before I got to sleep, or if I can’t go to sleep.  As an example, the idea for my first short film ‘What I Saw’, came to me when I couldn’t go to sleep one night. I moved my bed into the moonlight, and that was when the idea came to me.
I feel like my age comes with both advantages and disadvantages. I have found that many people seem to be more keen to hear what I have to say, as I offer a different perspective, and also more eager to see my work. However, sometimes I do feel very isolated from other filmmakers, as I am so much younger. I can also sometimes feel like people don’t take me as seriously as they believe that what I do must just be a side hobby, or some sort of half term project. Luckily I very rarely get this feeling. The majority of people I have been in contact with so far have been really wonderful and supportive.’ 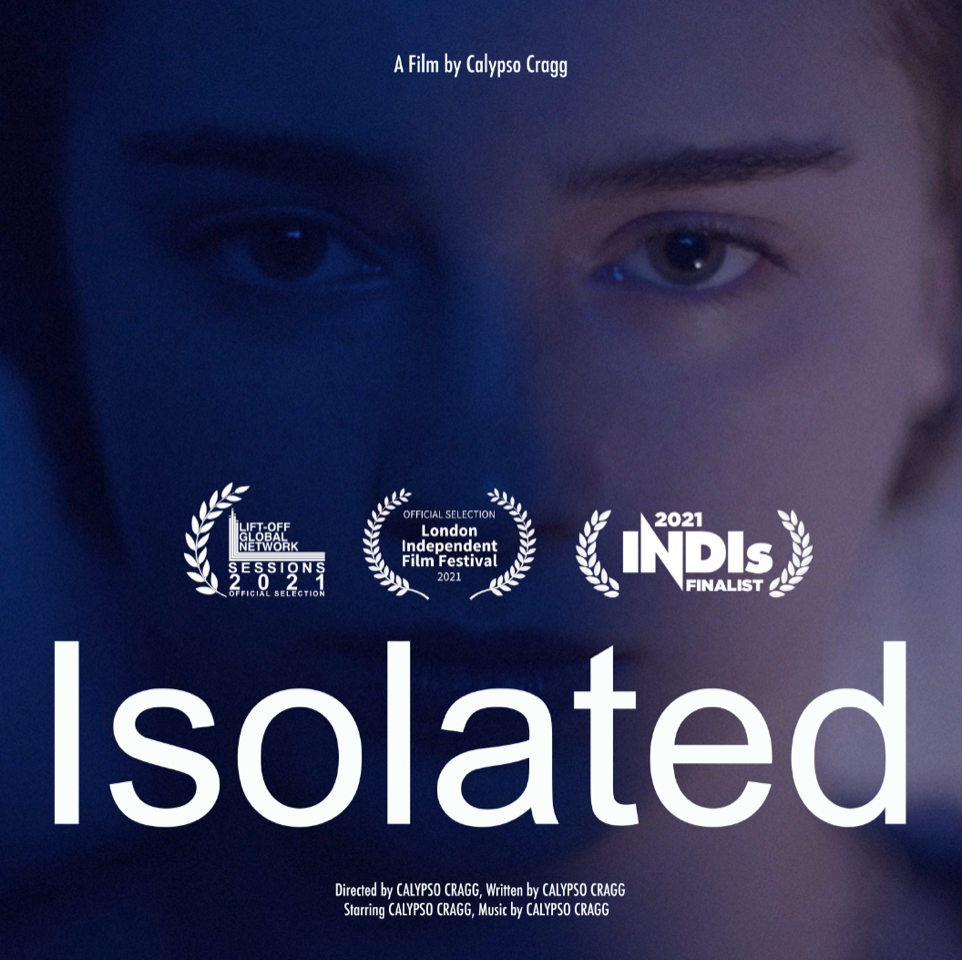 Although Calypso’s creativity is seemingly effortless, she explained to us that the process behind her latest short film ‘Isolated’, took her down many different routes. With an overload of ideas, she took us down the multiple creative routes of the short.
‘The process behind my short film ‘Isolated’ was very fluid. My script idea probably changed about 15 times. I knew exactly what message I wanted to convey and get across, but I kept on reaching a dead end with writing down the story. I had originally planned out a massive monologue that we actually filmed, and I spent ages preparing for. When editing, I decided I didn’t like it and that it wasn’t powerful enough, so I cut it out. There were several times when I seriously thought the film was never going to work, and that I would have to drop the entire project. After about a week of hopeless editing, I had the idea to just combine the shots I liked, and let the silence and small scenes speak to the audience. It also worked out perfectly as my new piano had just arrived, which gave me the opportunity to create the score myself.  I would watch back the film, and just play whatever came from my heart, so what you hear is really my reaction to the my film and to lockdown, translated into a simple music piece. I managed to get the final score in the third take. I’m so happy it worked out, because I have received so much lovely feedback about it. I think it really carried the film.’
And then the all important question; do you have a favourite film genre to work on? Of course, for such a talented creative open to endless possibilities, this is a near impossible question. However, Calypso answered as best she could.
‘I wouldn’t say I have a favourite genre in particular for creating or acting.  I really just want to move people, in whatever way that takes me.  I get really excited when I get to play a character that is completely different to who I am as I get to push myself and have fun with it.’
Finally, we asked Calypso what she has planned for the future. As she continues to flourish as a director, writer and actress, the young creative has a long and illustrious future ahead of her. And we are more than excited to watch it unfold.
‘I am currently in the process of finishing up making my latest short film called Hiraeth, which should be finished within the next couple of months. For my next project after Hiraeth, I would really like to give directing more attention, as I find it slightly difficult to be the leading actress as well as directing, writing and producing. I am also really excited, because Isolated is being shown internationally at many amazing film festivals, so I can’t wait to take part in those!‘
Follow Calypso Cragg on Instagram to keep up with behind the scenes pics and videos from her up coming work, and head over to her website to find out more about her many ventures.
Sophie Wyatt2021-05-03T14:48:56+00:00