10 Films to Transport You Out of Lockdown

Coronavirus. COVID-19. Severe acute respiratory syndrome. Whatever you call it, chances are you’ve been stuck at home for some time now – and while cabin fever isn’t a real medical diagnosis, low mood, restlessness and boredom can spread just as easily as any viral pandemic.

With lockdown set to extend into the summer months, there’s never been a better time to lose yourself in a movie. Flights may be grounded, but that doesn’t mean you can’t still get out there. So, we’ve compiled a list of ten films to take you on a trip, from the neon streets of Tokyo to the peaceful shores of Mexico. So sit back, relax… your film is about to begin.

Shot in over 80 Parisian locations, there’s no better way to see the City of Love than through the eyes of Amélie (Audrey Tatou). Set mostly in the picturesque neighbourhood of Montmartre, the film follows a shy and lonely waitress on a heart-warming mission to bring happiness to those around her. With its distinctive colour palette and childlike sense of imagination, director Jean-Pierre Jeunet offers a quirky and whimsical tour of Paris – one that focuses on the joys of the everyday.

Based on André Aciman’s book of the same name, this timeless Italian romance takes place in the sun-drenched summer of 1983. Originally set on the coast, director Luca Guadagnino relocates the action to Crema – a charming walled city on the outskirts of Milan. Pastel-hued houses and verdant gardens act as the backdrop for Elio and Oliver’s love story (played by Timothée Chalamet and Armie Hammer), which spans the days, weeks and months of a seemingly never-ending summer. Be warned: you’ll never look at peaches the same way again. 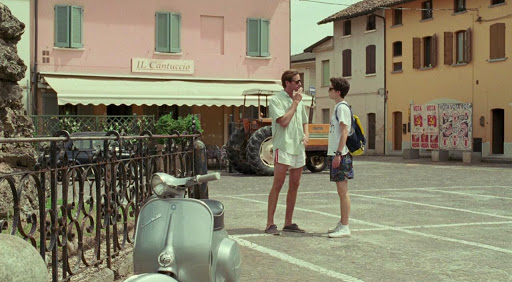 A good film takes you somewhere else. A great film makes you forget you’re even watching one. Sebastian Schipper’s latest (and greatest) achieves this with one very simple trick – it’s shot in a single continuous take. Opening in a throbbing underground nightclub, this one-take thriller follows Victoria – a foreigner alone in Berlin – as she makes her way home from a night out. En route, she runs into a pack of young men, whose boisterous escapades quickly escalate into a violent, drug-fuelled heist. By the time the film reaches its breathless climax, you might just feel like you’ve spent a night in Berghain.

No film on this list has a stronger sense of place than The Farewell. Set in the sprawling city of Changchun, Lulu Wang’s directorial debut follows an Asian-American family who return to China after their grandmother, Nai Nai (Shuzhen Zhao), is diagnosed with stage-four lung cancer. The twist? They haven’t told her she’s sick, and the ‘wedding’ they’ve arrived for is an elaborate ruse to see her again before she dies. A fascinating cultural study, this poignant comedy-drama also provides a rare glimpse into life in one of China’s lesser-known major cities.

With pubs and bars shuttered across the globe, it’s no surprise we’ve been reaching for the bottle at home. This road movie harks back to a simpler time, when wine could be enjoyed outside – in the company of friends. Alexander Payne’s Oscar-winning buddy comedy follows Miles and Jack (Paul Giamatti and Thomas Haden Church), two former college roommates on a tour of Santa Barbara Wine Country. One’s a depressed divorcee in search of the perfect bottle of wine, the other’s a soon-to-be married actor looking for one last fling. A string of afternoons in the sun-washed Californian vineyards gives both more than they bargained for. 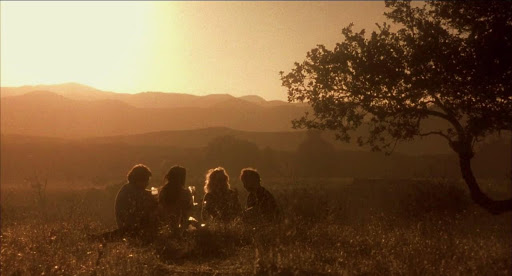 Part mystery, part psychological-thriller – Lee Chang-dong’s Burning defies easy categorisation. Based on a short story by author Haruki Murakami, the film begins when aspiring author Jong-su (Yoo Ah-in) runs into Hae-mi – a childhood neighbour and classmate. Instantly besotted, he agrees to cat-sit for her while she’s out of town. When she returns, she introduces Jong-su to Ben (Steven Yeun), a charming and mysterious man she befriended on her travels. When Ben reveals his unusual ‘hobby’ to Jong-su, things quickly take a dark and unexpected turn. With striking landscapes and stunning cinematography, this Korean chiller’s sure to leave a lasting impression. 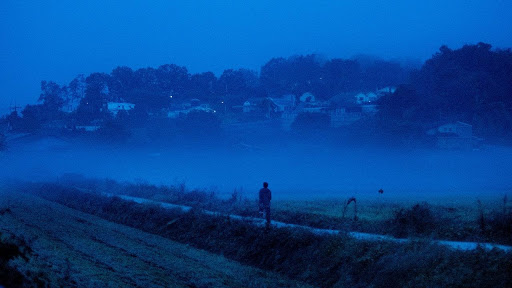 You may know director Alfonso Cuarón from multi-award-winning films like Gravity and Roma. Long before these, he made Y Tu Mamá También – a sweet coming-of-age tale wrapped in a sexually-charged road movie. The film follows Julio (Gael García Bernal) and Tenoch (Diego Luna), two immature teenagers who live to drink, smoke and fuck. When their girlfriends depart for Europe, the boys enlist an attractive older woman for a road trip across Mexico. Along the way, she delivers an unexpected lesson in love, life and friendship. There’s plenty of beach action, too. 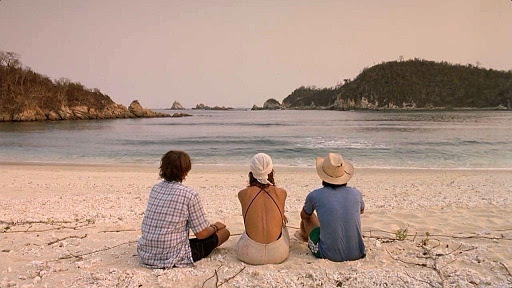 Bruges is both the setting and the punchline in Martin McDonagh’s much-loved comic crime caper. Starring Colin Farrell and Brendan Gleeson as a pair of mis-matched Irish hitmen, the film opens with the two of them hiding out in Belgium after a disastrous hit gone wrong. With nothing to do but wait out the storm, they traipse dutifully around the city and its medieval canals and lamplit cobbles. Ken’s enchanted – Ray thinks it’s a “shithole”. When karma finally catches up with them, Ray’s observation that they may be in purgatory takes on a hellish new meaning.

The first film in Linklater’s epic, continent-spanning Before Trilogy begins on a crowded train. Jesse (Ethan Hawke) – an American tourist – is travelling from Budapest to Vienna to catch a flight home. Seated nearby is Céline (Julie Delpy) – a French university student returning to Paris. A glance across the aisle sets their story in motion, when Jesse convinces Céline to get off the train with him in Vienna. The Austrian capital quickly becomes a character in itself, playing host to the dreamlike first stages of a once-in-a-lifetime relationship. The sequels – set in Paris and Greece – are equally beguiling. Binge all three and call it interrailing! 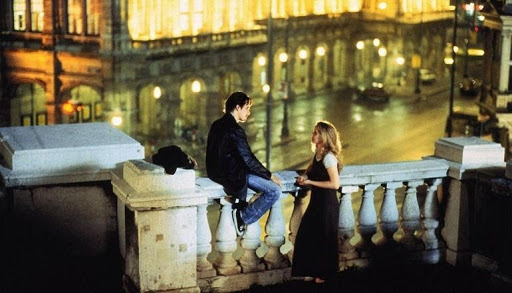 Lost in Translation is a different kind of travel film, in that it focuses on the difficulties of living abroad. Sofia Coppola’s masterwork follows two Americans adrift in Japan. Bob (Bill Murray) is a jaded actor there on business, while Charlotte (Scarlett Johansson) is the bored girlfriend of a celebrity photographer. Unmoored in their daily lives, they forge a bond that transcends their alien surroundings. Despite its themes of loneliness and culture shock, the film still plays like an ad for Tokyo – moving blithely from Shibuya crossing to Shinjuku’s neon-lit karaoke bars. In the era of lockdown, this melancholy portrayal of loneliness is timelier than ever. 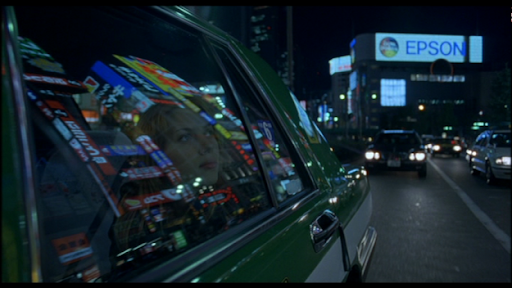